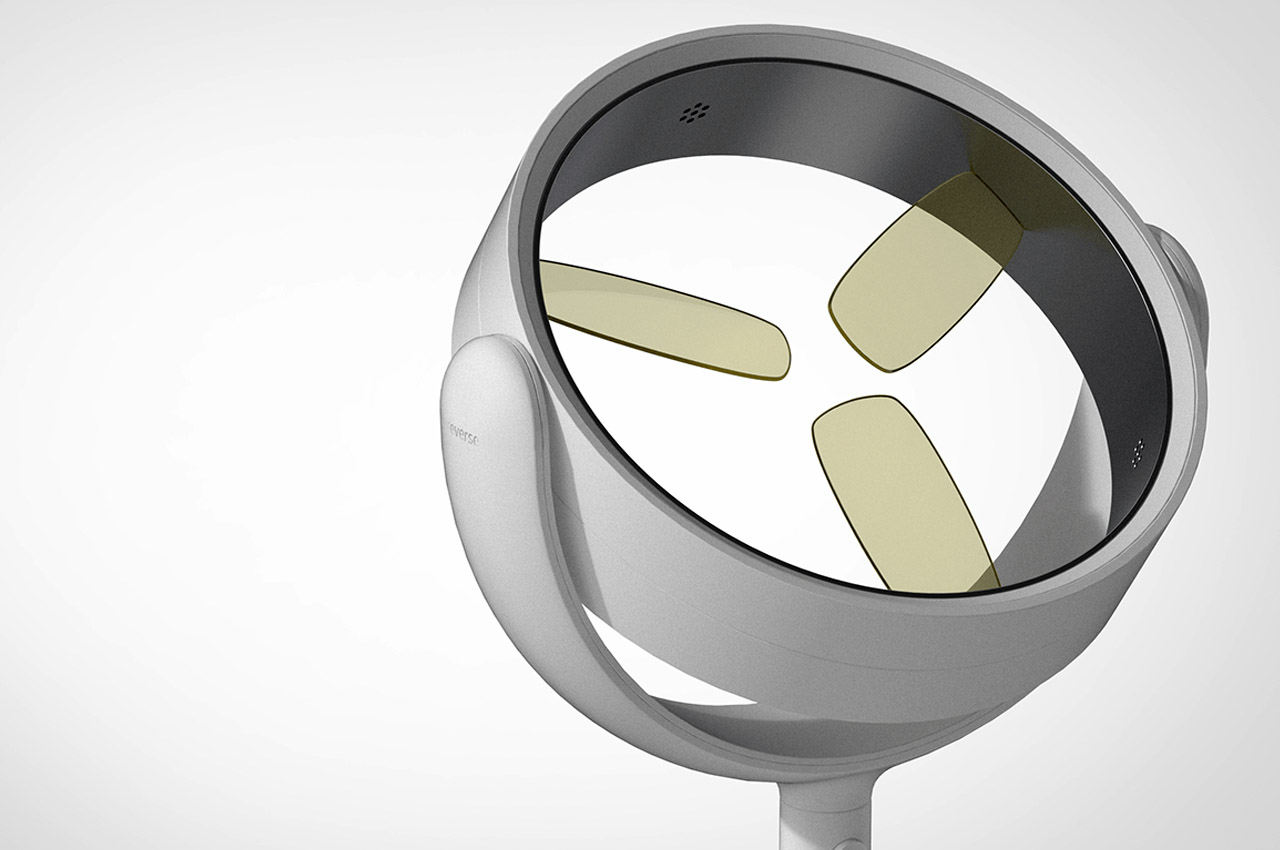 Pedestal or stand fans are being used for ages galore. Their design has pretty much remained the same throughout the years, without any substantial complaint being issued against them. They’re reliable and trustworthy, and pretty much do the job! However, I do believe a modern redesign is highly overdue, and designer Yeonu Hwang seems to feel the same! Hwang felt that the movement of traditional pedestal fans was quite limited since you can only move them horizontally at a 180-degree angle. Plus he found the wire connected to these electric fans annoying as well, as you almost always find yourself dodging it! Determined to revamp the conventional fan, Hwang designed ‘Reverse’. Reverse is a 360-degree rotating fan, that is more flexible as compared to traditional fans, and wire-free as well! 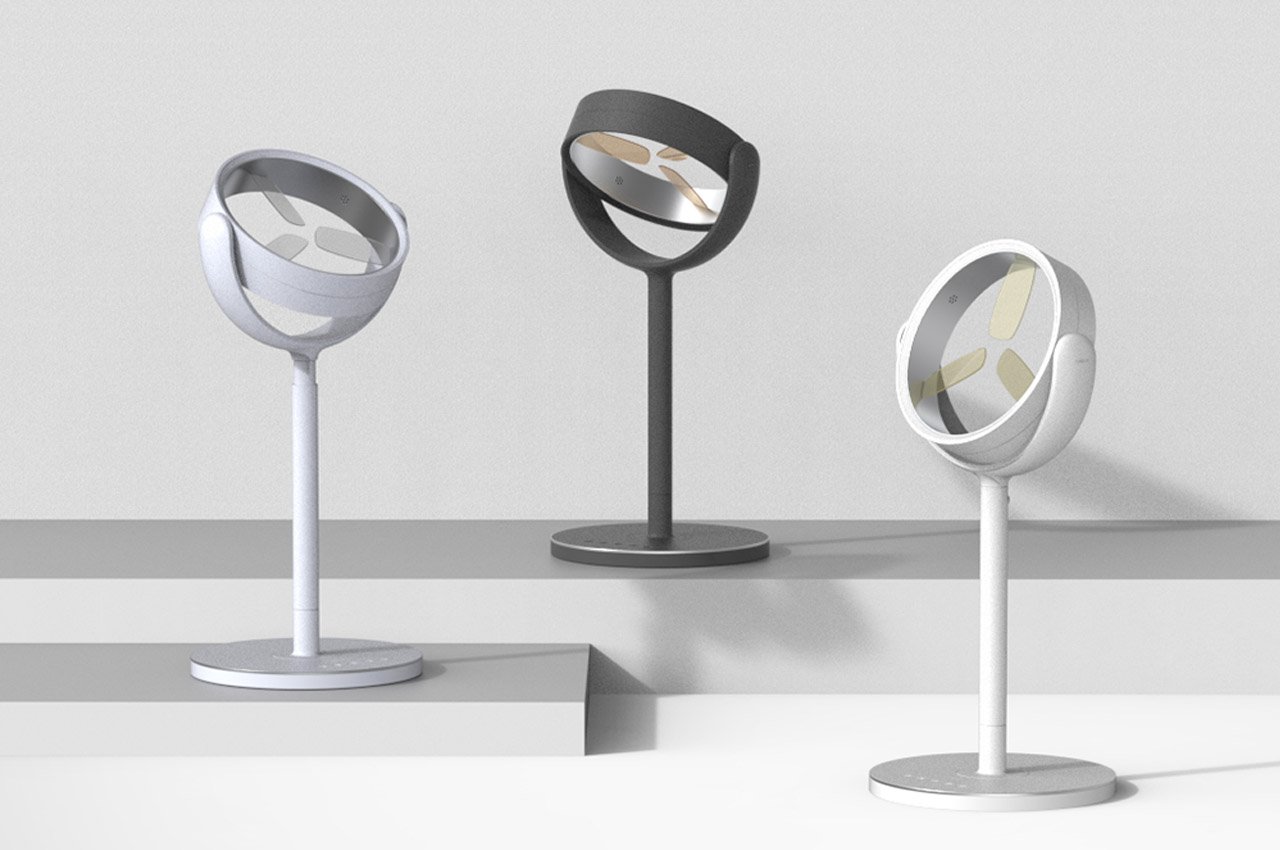 Unlike an old-school pedestal fan whose wings are powered by a central motor, Hwang’s Reverse fan is powered by magnetic rails that rotate and generate wind. Surrounded by rotational axes on all sides, you can move Reverse at a complete 360-degree angle. This lets you rotate and position it according to your needs, allowing you to always keep yourself cool! And honestly, it sounds quite fun as well, moving a fan frontward and backward, while feeling the wind blowing in your face, and your hair being pushed around with it! 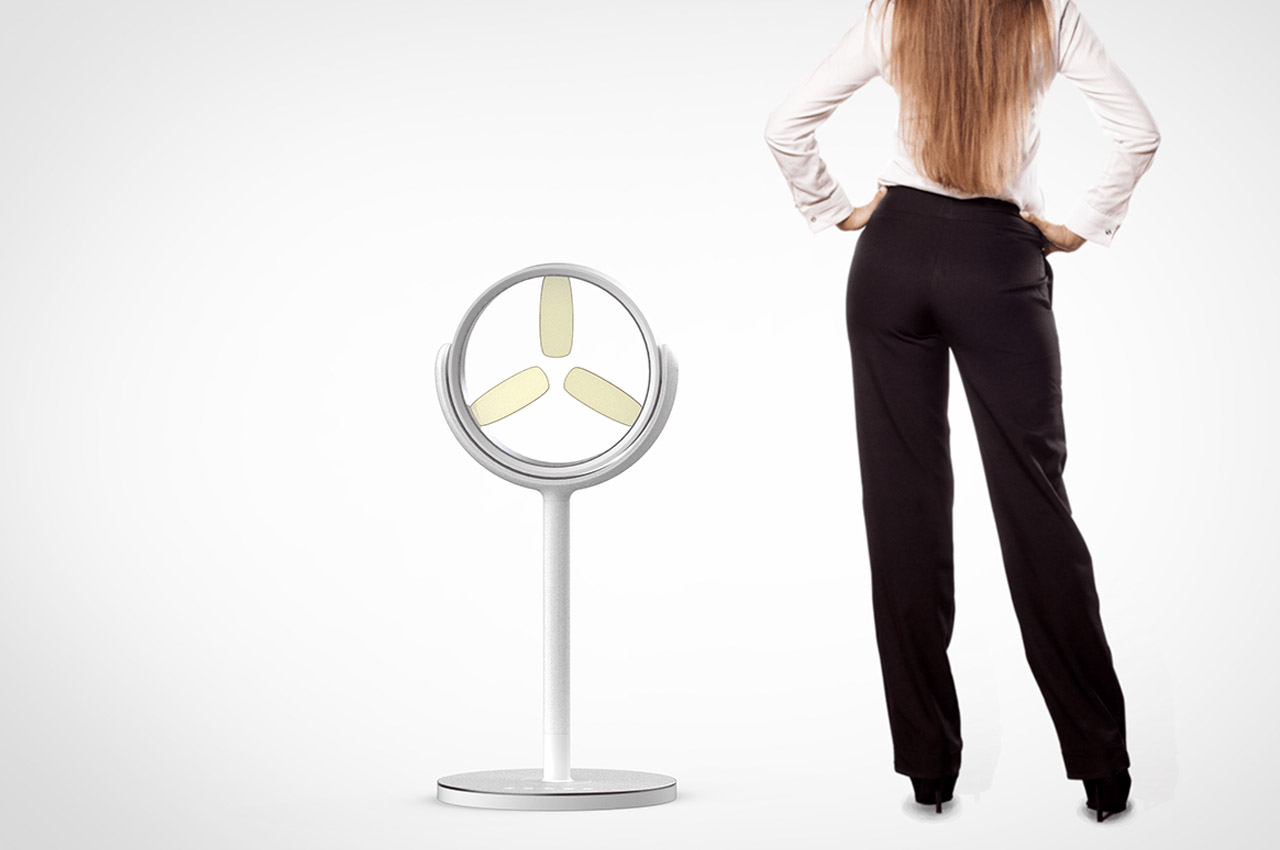 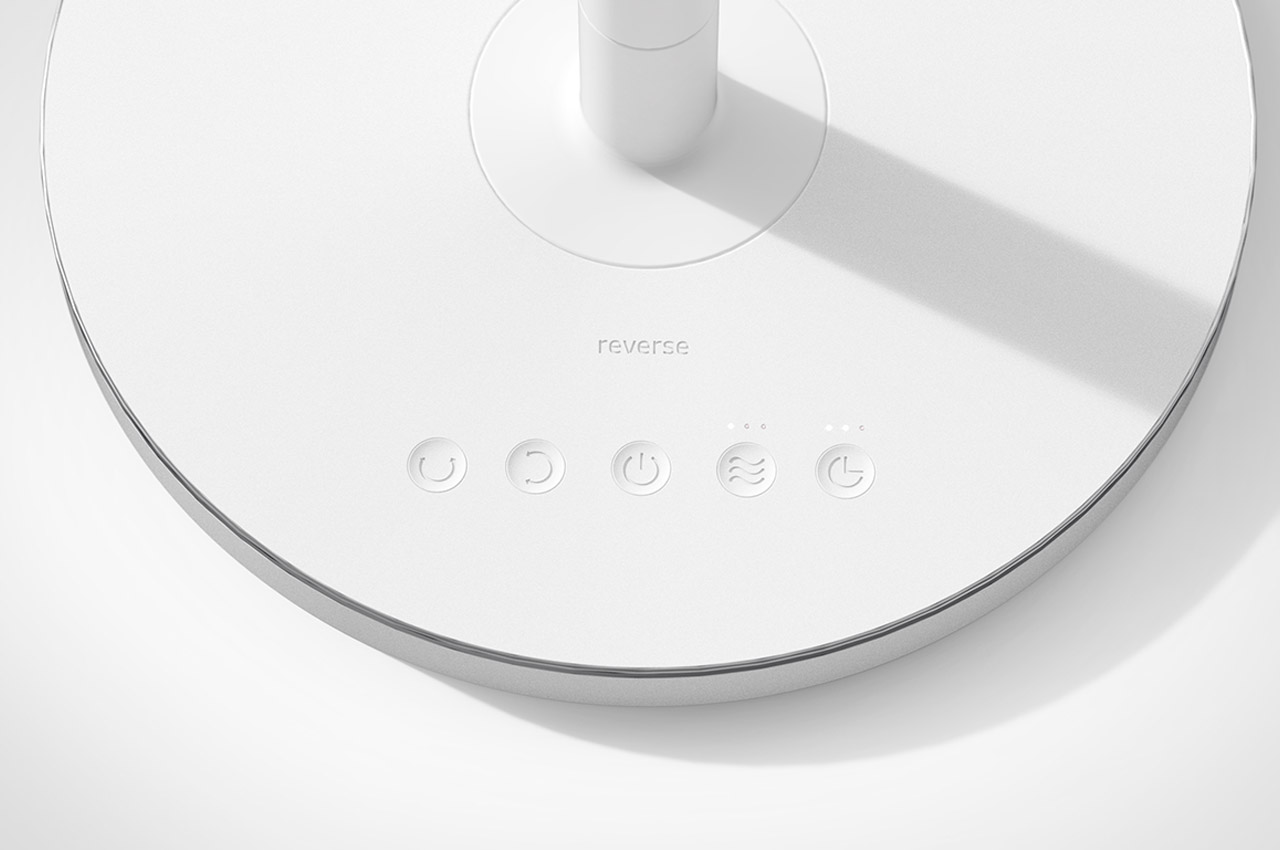 You can adjust the height of Rotate, by simply pressing a button on the control panel, present at the base of the fan. You can also control the wind power, and set a timer as well. No hassle at all! 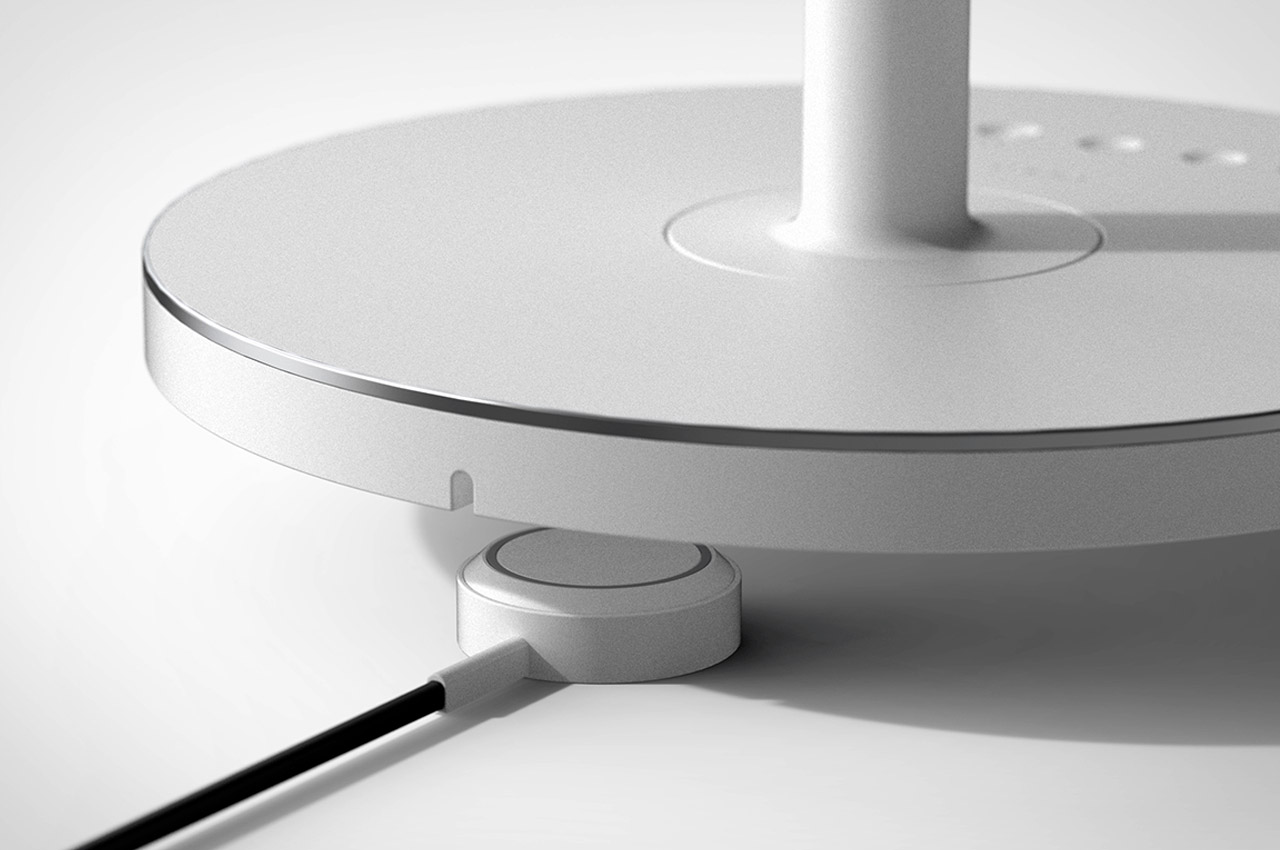 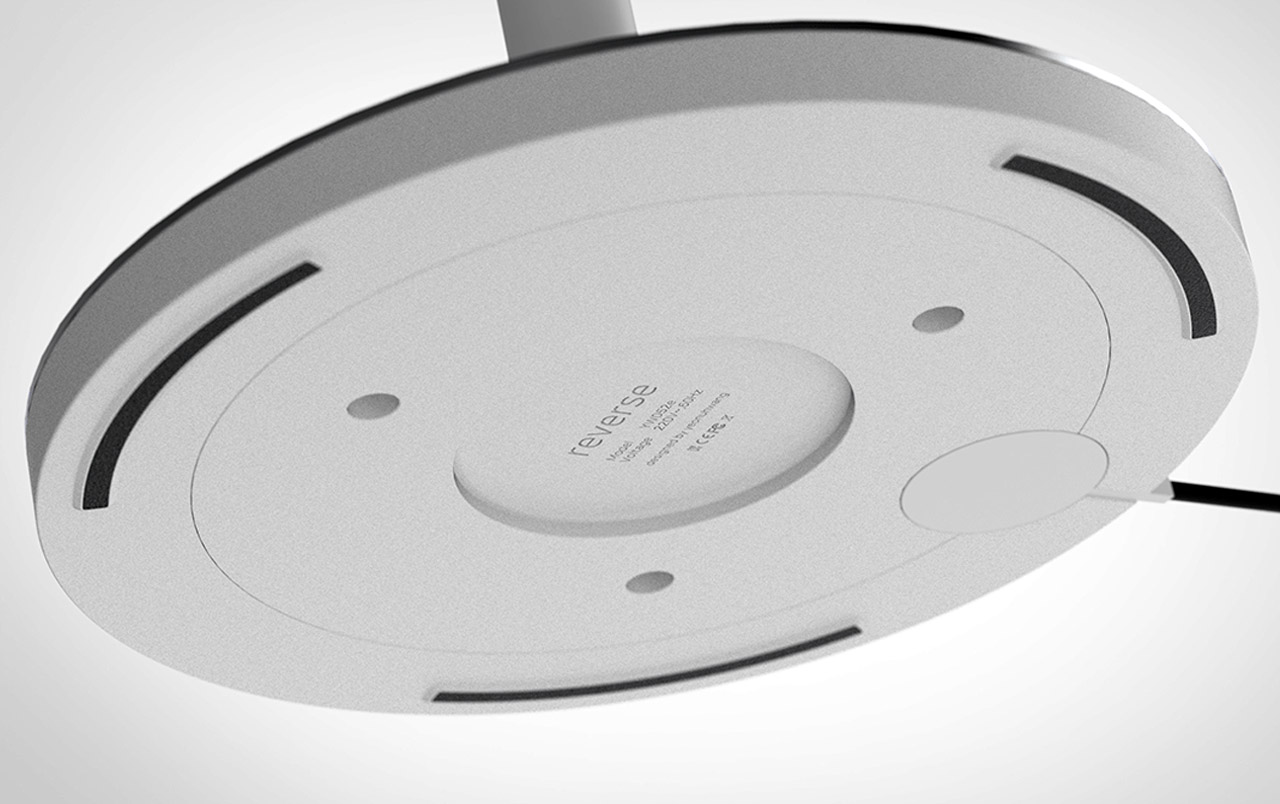 Now onto one of Reverse’s coolest features – you can charge it magnetically! It’s like MagSafe charging, but for a fan! You can attach the charger to the bottom of the fan, and watch it being charged, much like how a MagSafe charger would charge your Apple Watch! 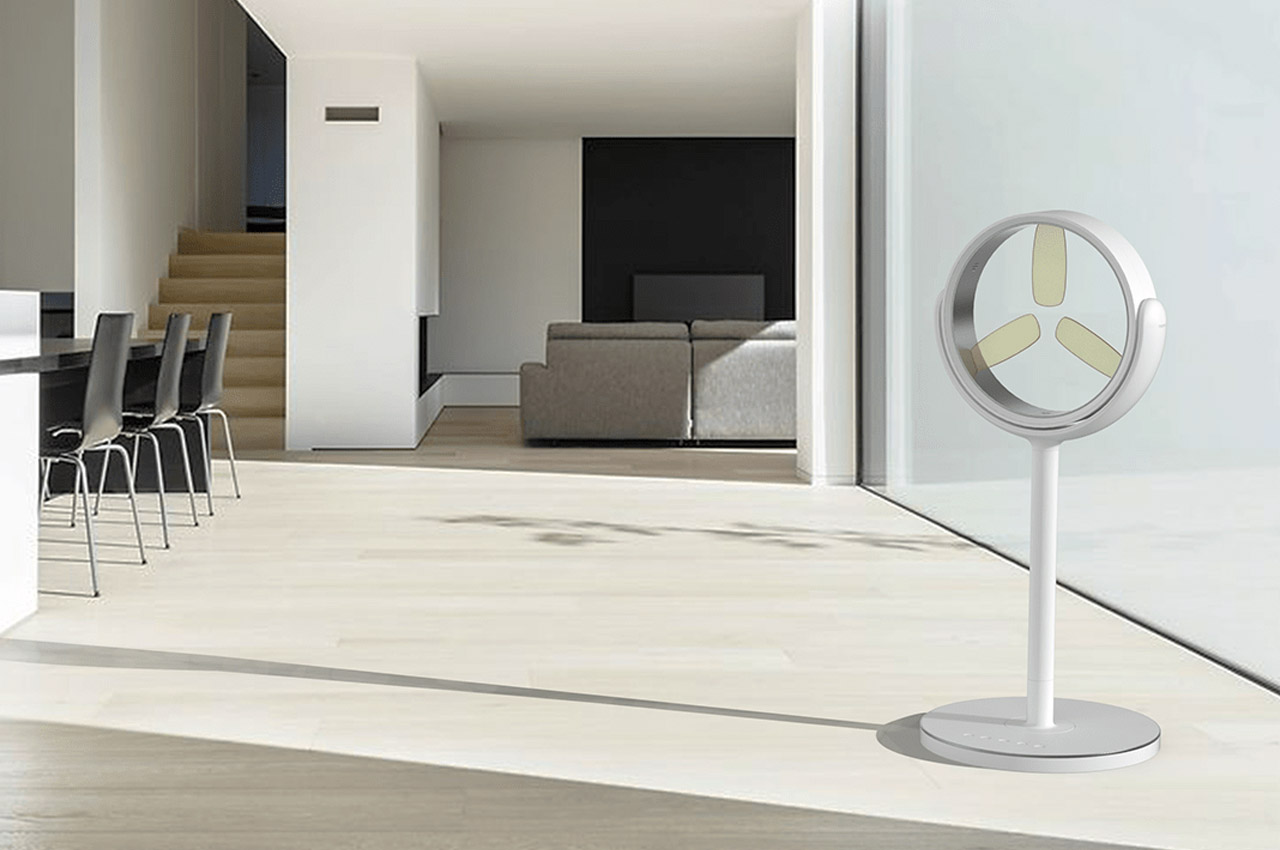 Reverse is an innovative and updated version of an age-old product that required a much-needed renovation! It’s a simple design that solves quite a few of the problems associated with traditional pedestal fans. Not to mention it also looks super sleek, and modern, rating high on the aesthetics scale as well! 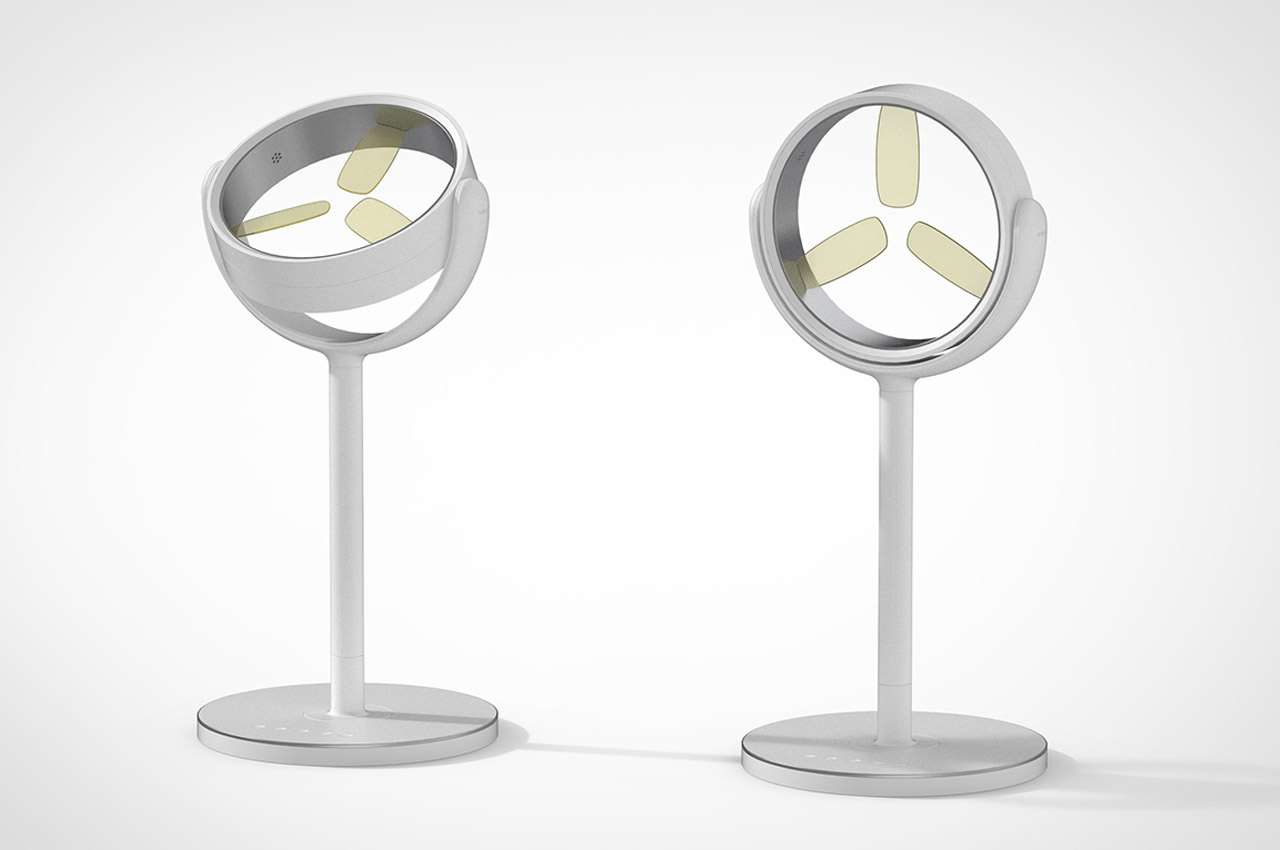 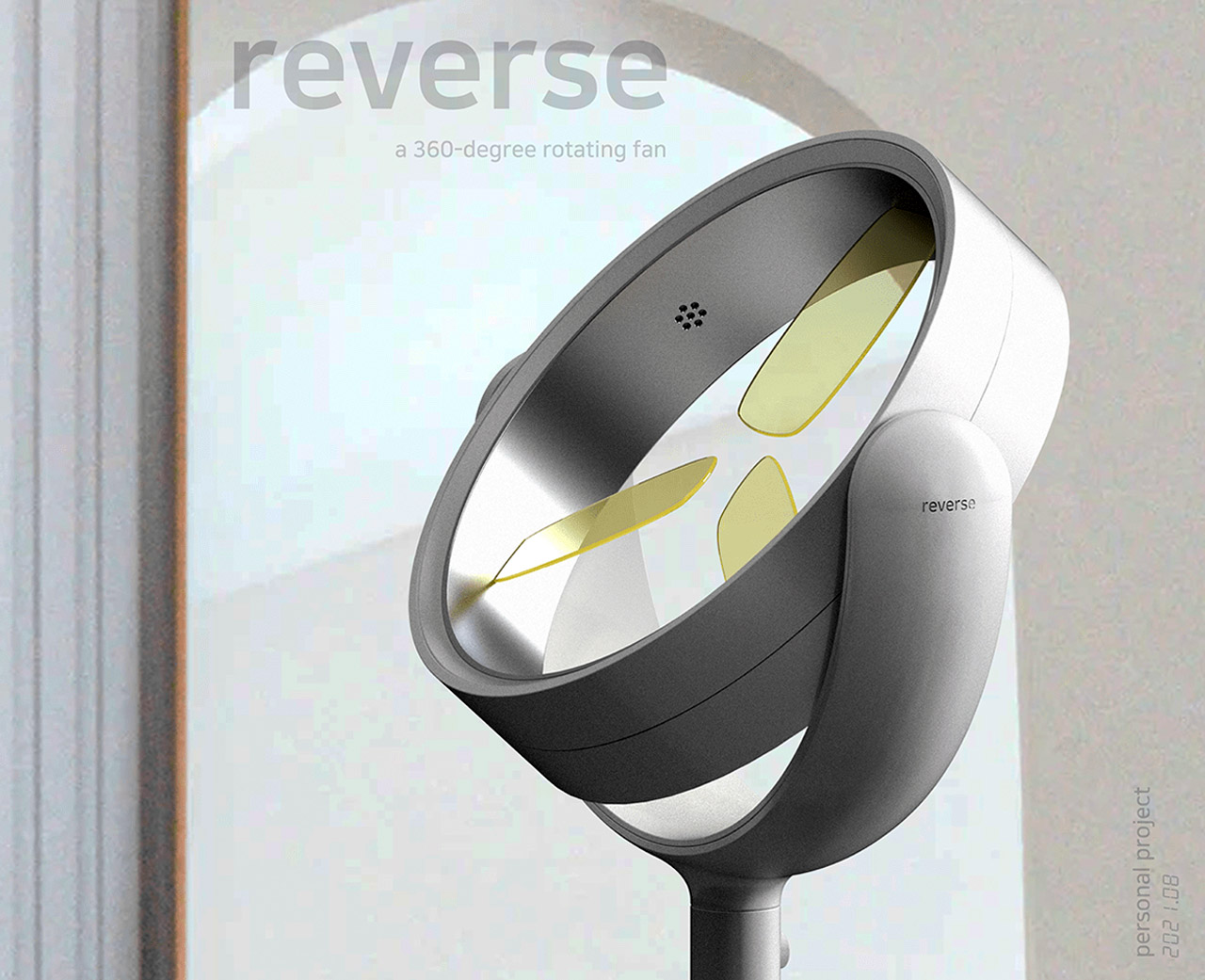 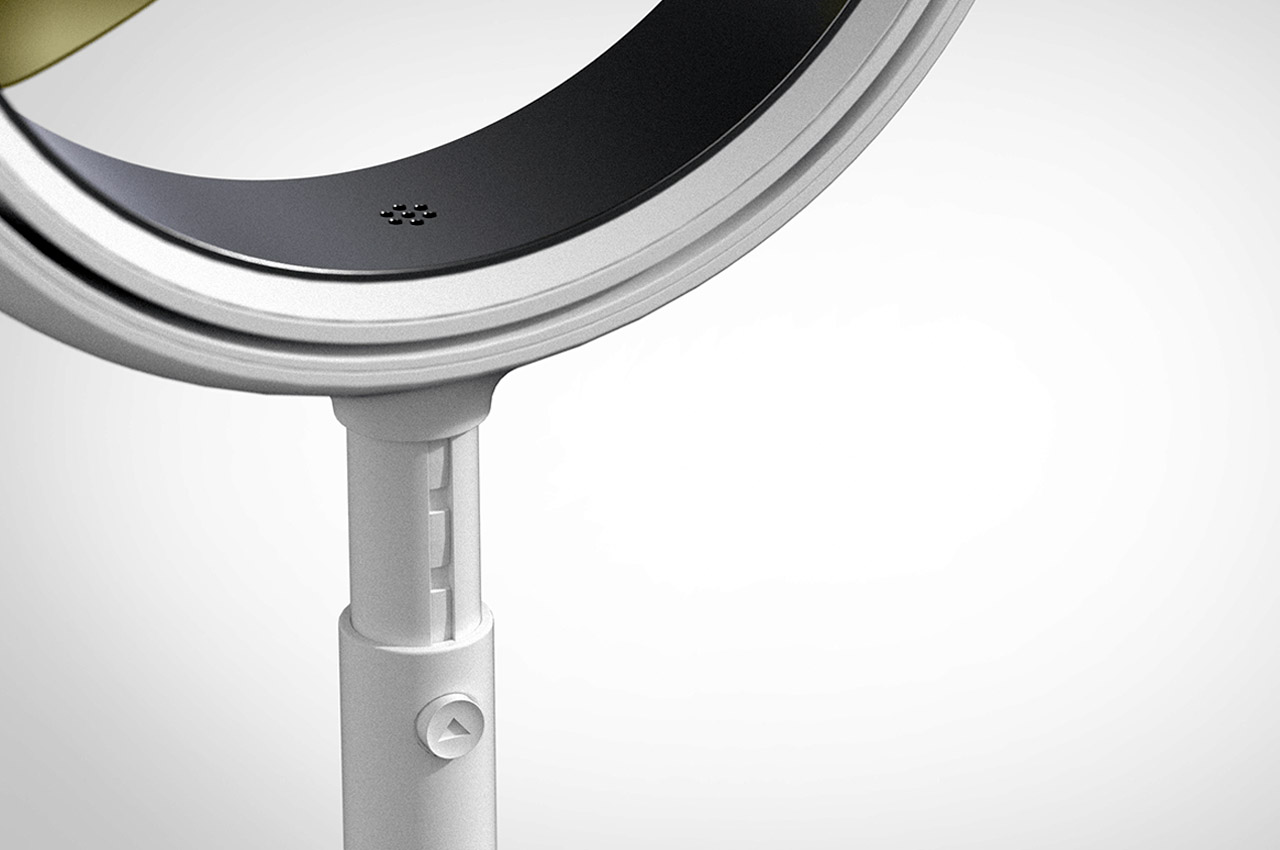 As you can imagine, the concept of understanding color can be incredibly challenging for visually impaired individuals. The Reveal project aims to bring a tactile…

This smart-speaker is designed to look like a house-plant so it blends into home-decor better!

When Google launched its first smart speaker, the Google Home, in 2016, the design team spoke about how they consciously chose materials and color palettes…

The Wallet for Mind plus Matter

https://www.kickstarter.com/projects/1592811030/dango-products-p01-pioneer-bifold-wallet-and-pen? With almost a decade since its inception in 2009, Kickstarter is beginning to complete a full circle, and in turn letting campaigners take their…