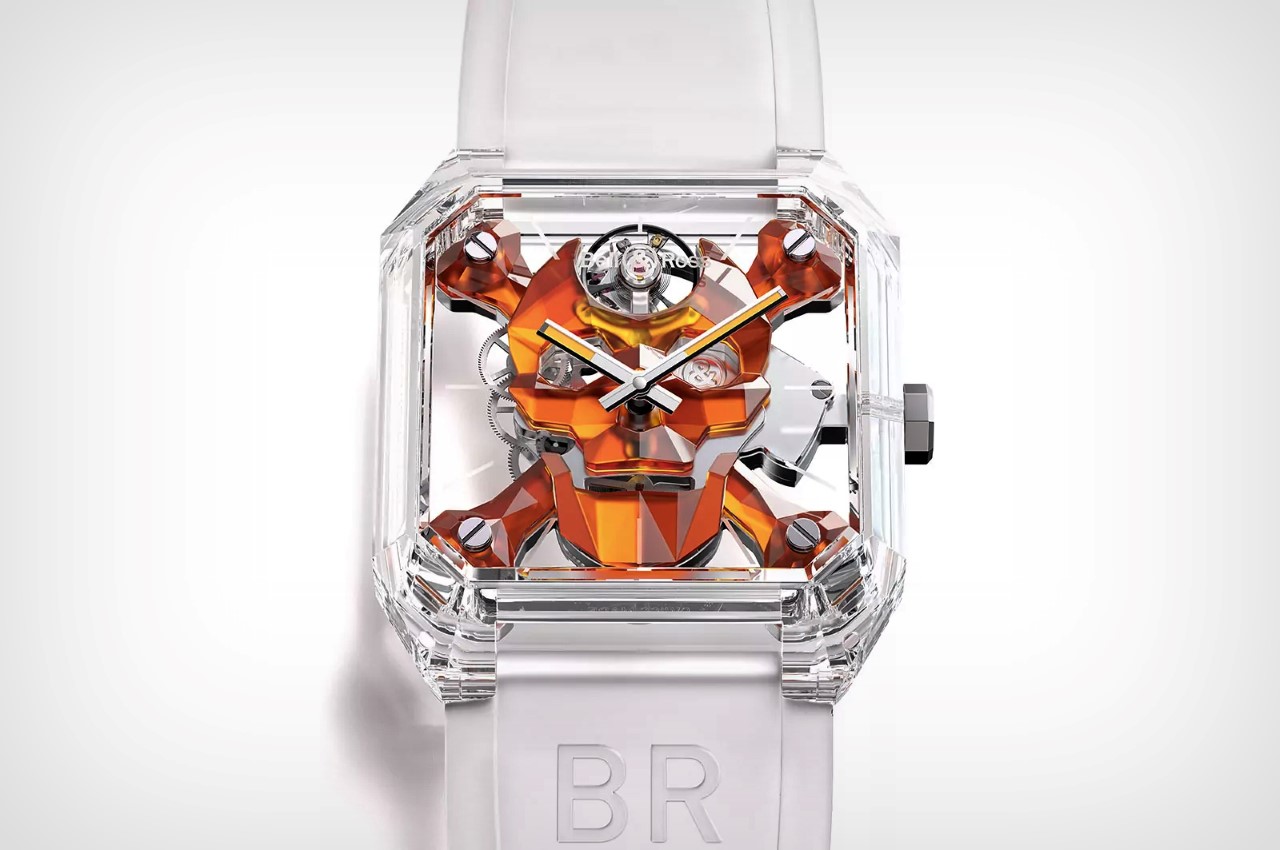 You may be familiar with sapphire as a material. It’s often used in watches as a replacement for glass owing to its hardness and resistibility to scratching. Most regular-to-high-end watches often put a sapphire glass panel on the front, or on the back too, depending on whether they’ve got an exhibition window to show the watch’s mechanism. Most watches, however, don’t make the entire damn timepiece out of sapphire… although it’s safe to say Bell & Ross aren’t definitely your average watchmaker.

The company’s known to push the boundary on watch-design, and they’ve experimented with watches made almost entirely from sapphire before, but it seems like they’ve pulled out all the stops for their latest time-telling piece of jewelry – the BR 01 Cyber Skull Sapphire. 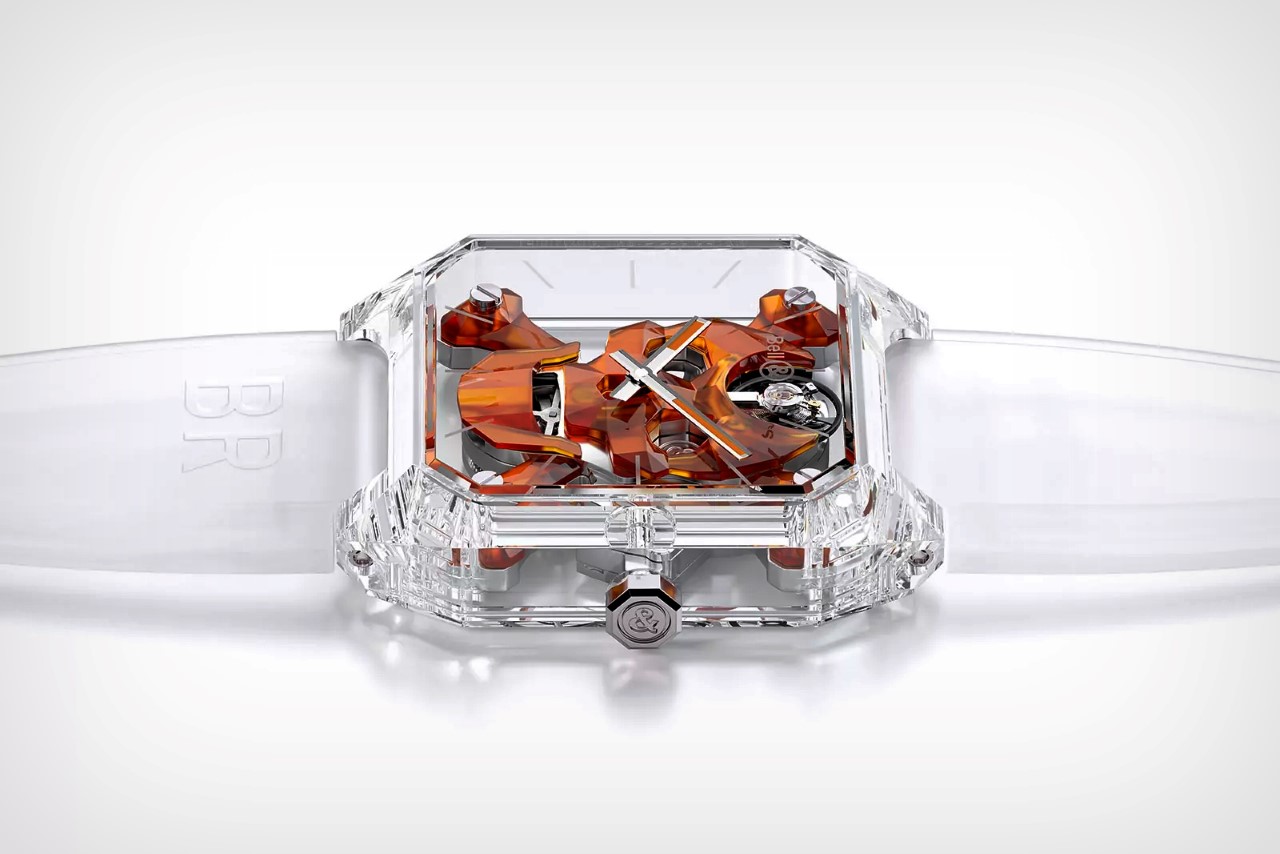 Playing on the concept of a skeleton watch (where the watch’s inner mechanisms are exposed instead of being concealed behind opaque materials), the BR 01 Cyber Skull Sapphire comes with a proper skeleton motif on its watch face. Staying true, however, to the idea of a skeletal watch, the skeleton motif is made from sapphire (with a tinted orange back), as is the rest of the watch’s body. In fact, probably the only things that aren’t made from sapphire are the hands, mechanism, screws, and watch straps.

Every element that’s either decorative or is a part of the watch’s casing, is made from sapphire crystal, making the BR 01 Cyber Skull Sapphire look like a jewel on your wrist. Right behind the orange skull (while I’d prefer the color red, the orange offers much higher watch-hand visibility) sits the watch’s custom BR-CAL.209 movement, created specifically for this timepiece. 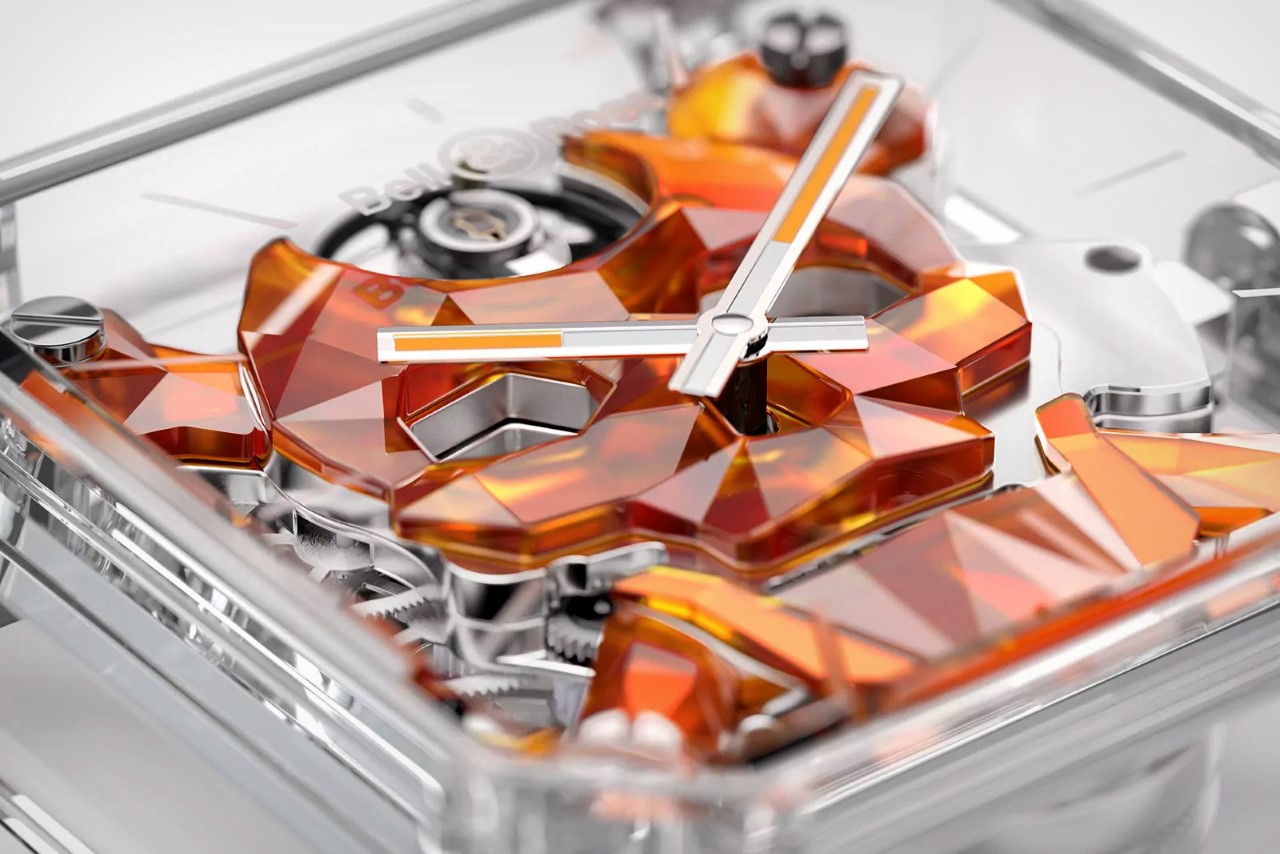 The orange color also coincides with the color-scheme of Only Watch, a biennial luxury watch auction held to raise money for charity. To that very end, the BR 01 Cyber Skull Sapphire exists as a singular prototype, designed specifically to be auctioned off in November this year. The proceeds from the auction will go towards benefiting medical research for Duchenne Muscular Dystrophy. 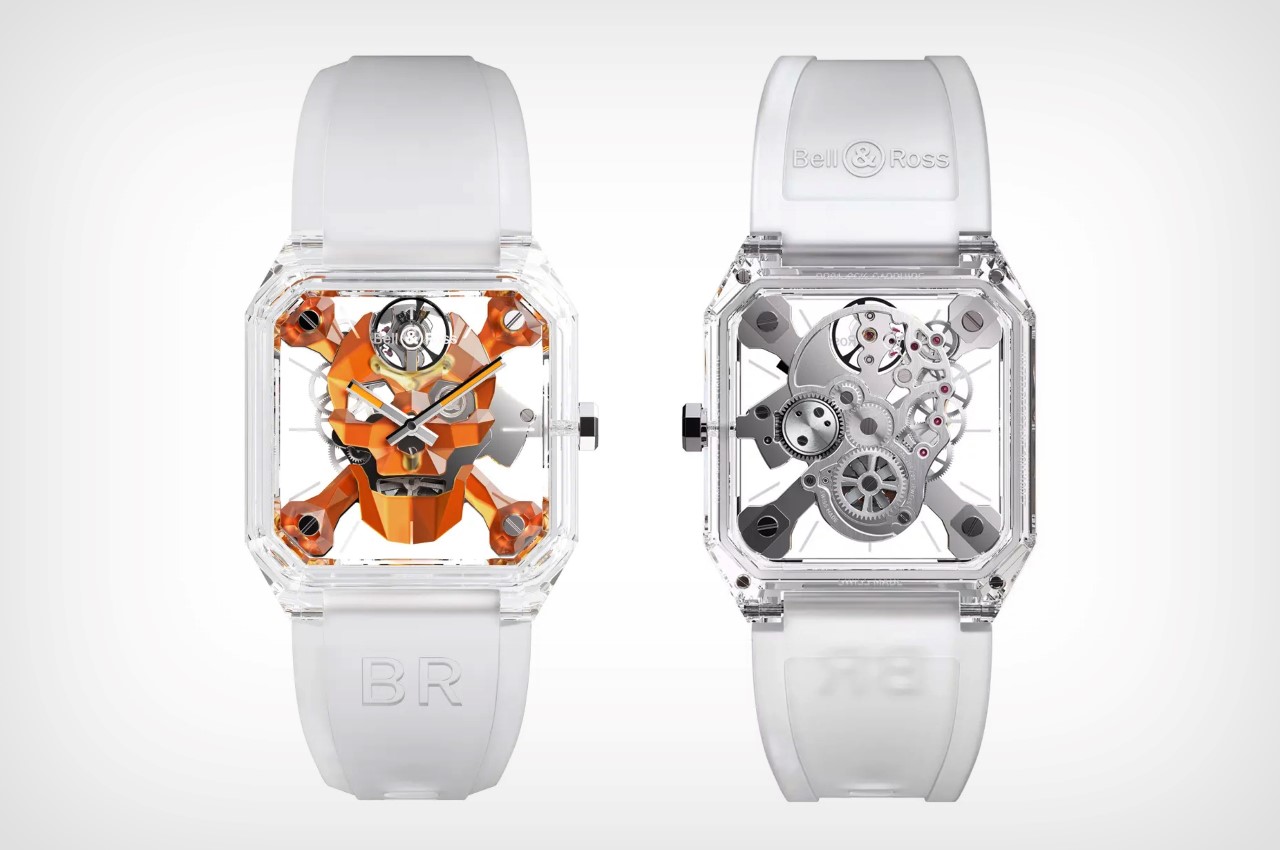 Nitecore makes some stunning flashlights, but ever so often, it makes some mean EDC gear too. Take for instance the NTK10, quite literally a mean…

Hanging right above you like a branch of leaves on a tree, the Nana Lure Chandelier by Pelle adds tropical tranquility to your home. Inspired…

Let’s have a glance at a watch that employs the now-famous and awesome E-Ink technology made famous by, if I’m not mistaken, the Amazon Kindle…