Small enough that you can wrap your hand around it, Wacaco’s Picopresso pushes the boundaries of how tiny a coffee machine can be… while still being able to produce a phenomenally robust and creamy espresso.

You’ve got companies like La Marzocco, Breville, and De’Longhi that make the most high-end coffee machines, and then you’ve got Wacaco, a company that’s dedicated to compressing those coffee machines into their smallest possible form. Wacaco’s greatest hits include the 2014 Minipresso, which put the company on the map, followed by the Nanopresso in 2017, a smaller, better version of its predecessor. The Picopresso (highlighting its use of metric nomenclature) pulls out all stops. It isn’t just thermos-sized, it’s cup-sized. Designed to be small enough to carry in your pocket, the Picopresso lets you brew that perfect shot of espresso coffee no matter where you are. 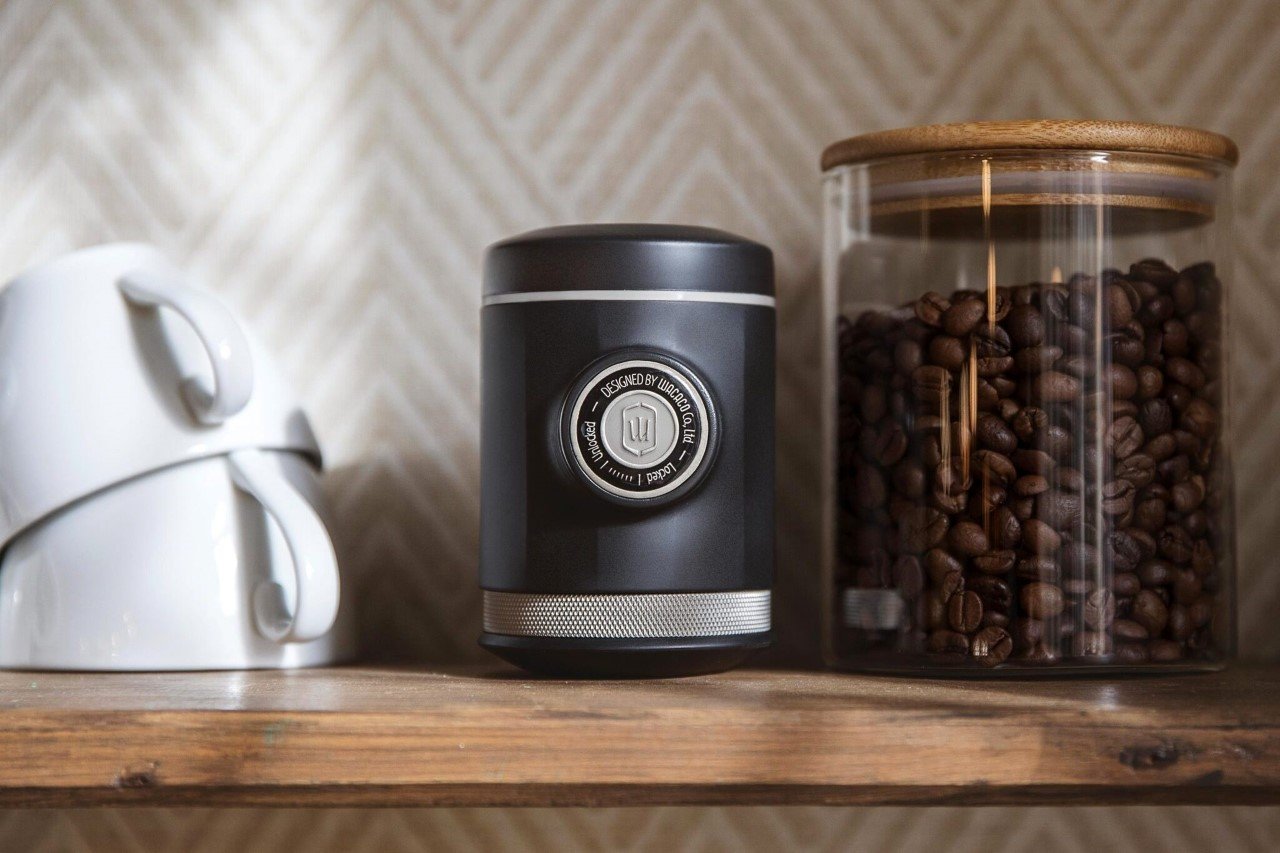 The Picopresso stands at 10.5cm tall, or a little above 4 inches, making it perhaps the smallest ever coffee machine to be able to pressure-brew an espresso. That means even at 10.5cm tall, the Picopresso makes a luxuriously silky double shot of cafe-quality espresso, complete with that layer of crema on top that you’d see from any good espresso machine. 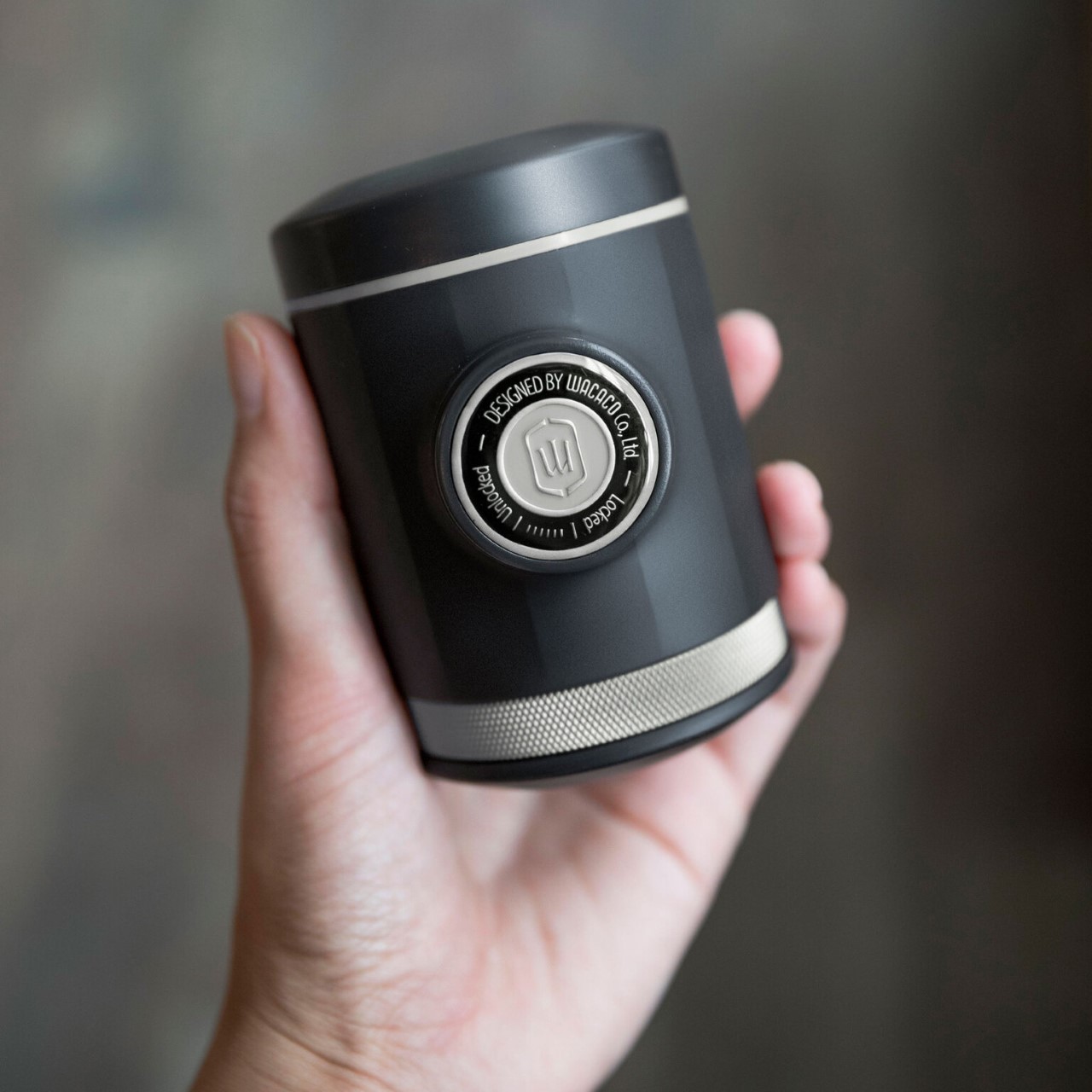 Its internal 52mm-wide basket holds 18 grams worth of coffee (enough to make a double-shot), while the water tank holds about 80 ml of water (2.7 fluid ounces). How you prep the Picopresso is no different from your countertop espresso machine. Just fill the basket with 4 teaspoons of coffee grounds and compress them into a nice puck with the tamper that comes along with the Picopresso. Then add the hot water to the water chamber and put the entire device together. 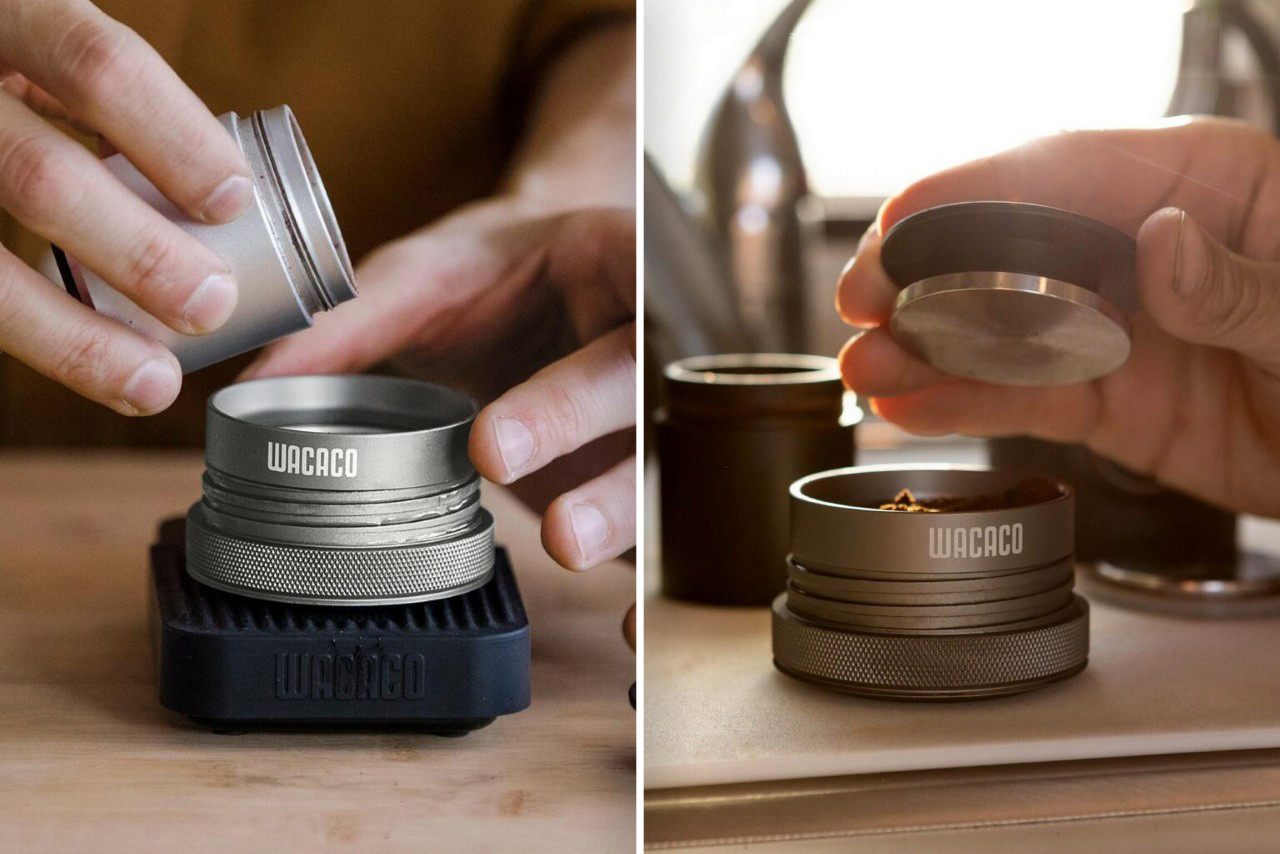 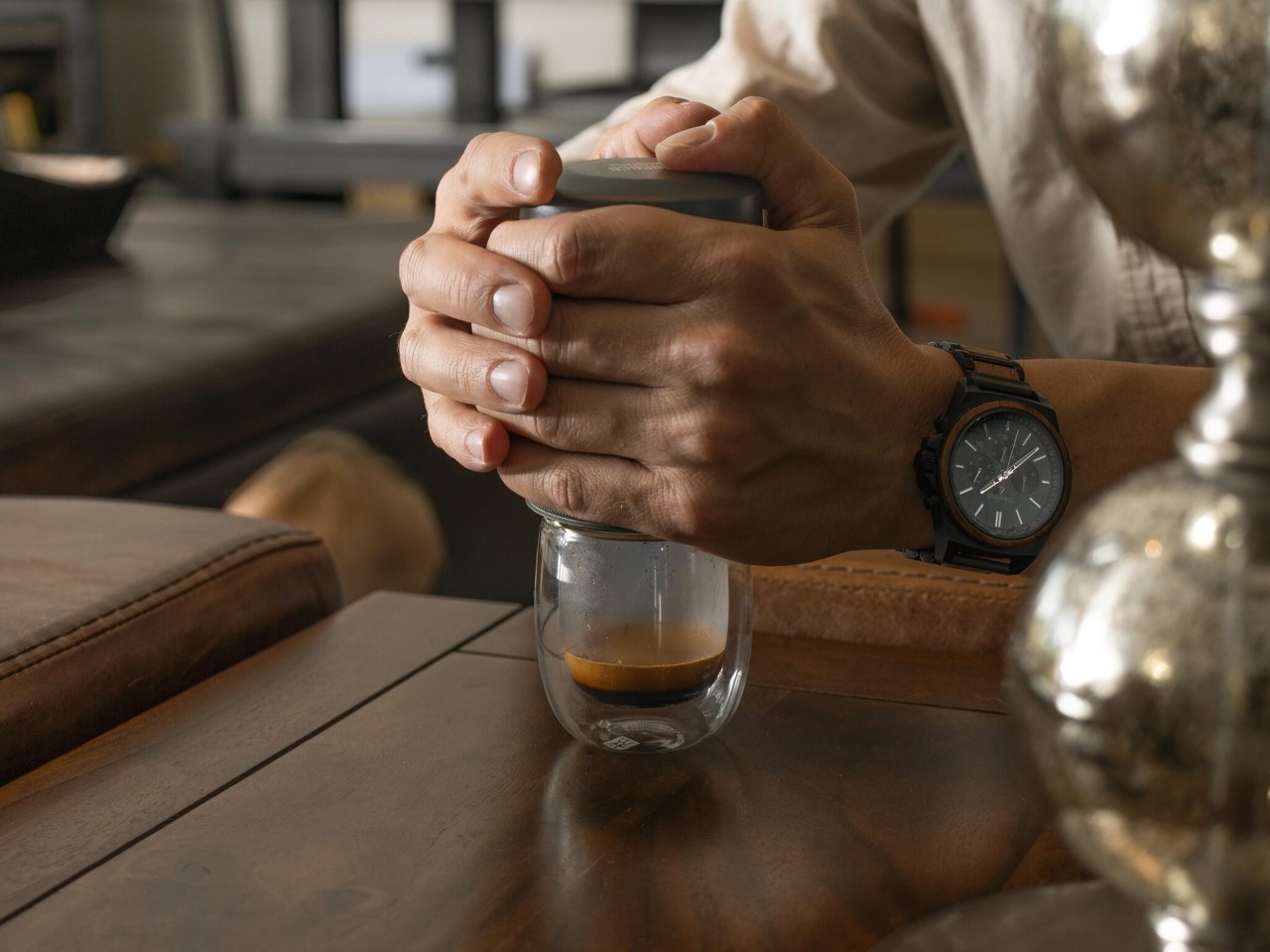 What’s notable about the Picopresso is that it works entirely without electricity. Its impressive inner pumping system generates 261 PSI (18 bars) of pressure to pump the hot water right through the coffee grounds, giving you velvety smooth espresso underneath. Just manually push down on the piston on the side as you hold the Picopresso above your coffee cup and the thick coffee pours through almost instantly.

The Picopresso is directly a result of the innovation kickstarted by the Minipresso in 2014, which, for its time, was the first-ever portable espresso maker to use a single hand-powered piston. Over the years, Wacaco’s worked hard at making that brewing/pumping system smaller without sacrificing taste, durability, and consistency. Wacaco claims that the newly engineered pumping system of the Picopresso is more reliable and capable than ever, giving you the possibility to extract professional-grade espressos quite literally in the power of your hand. 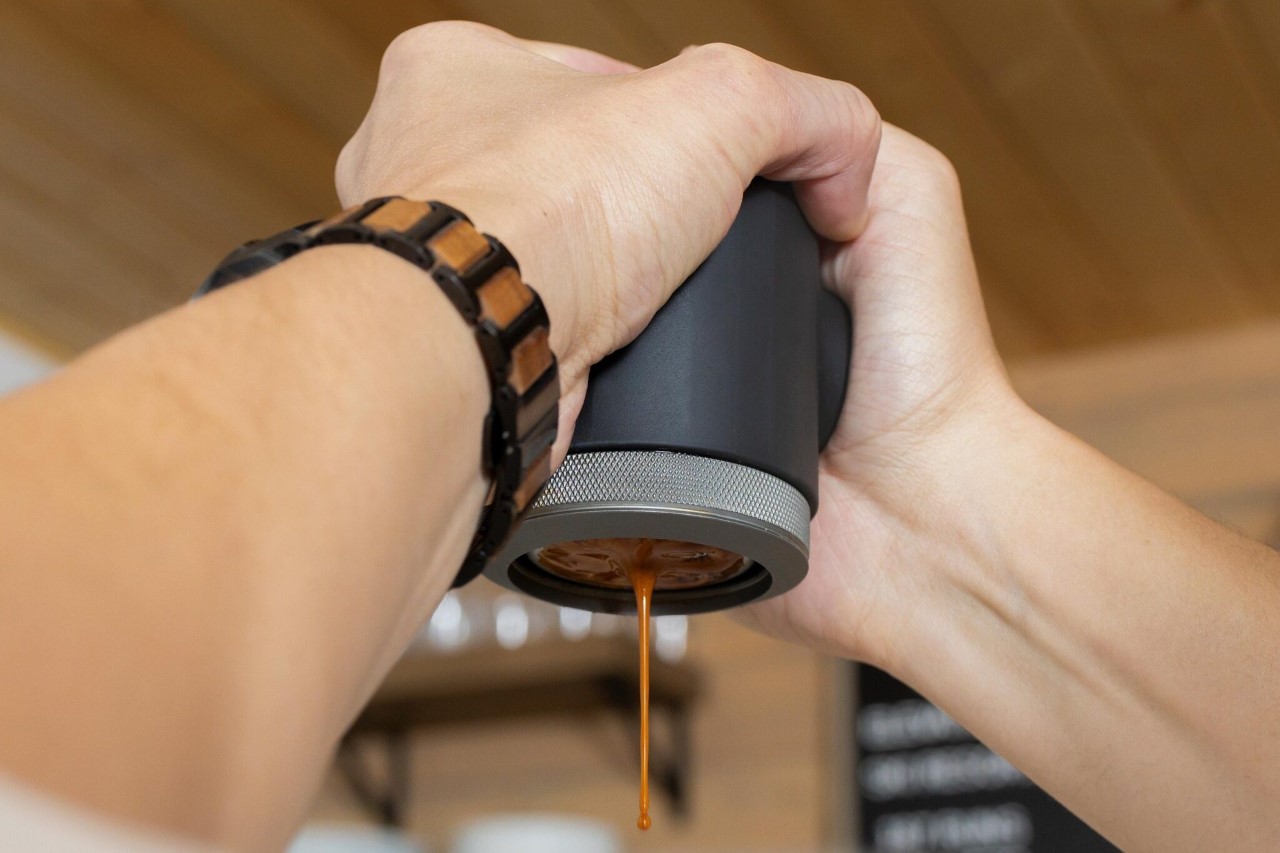 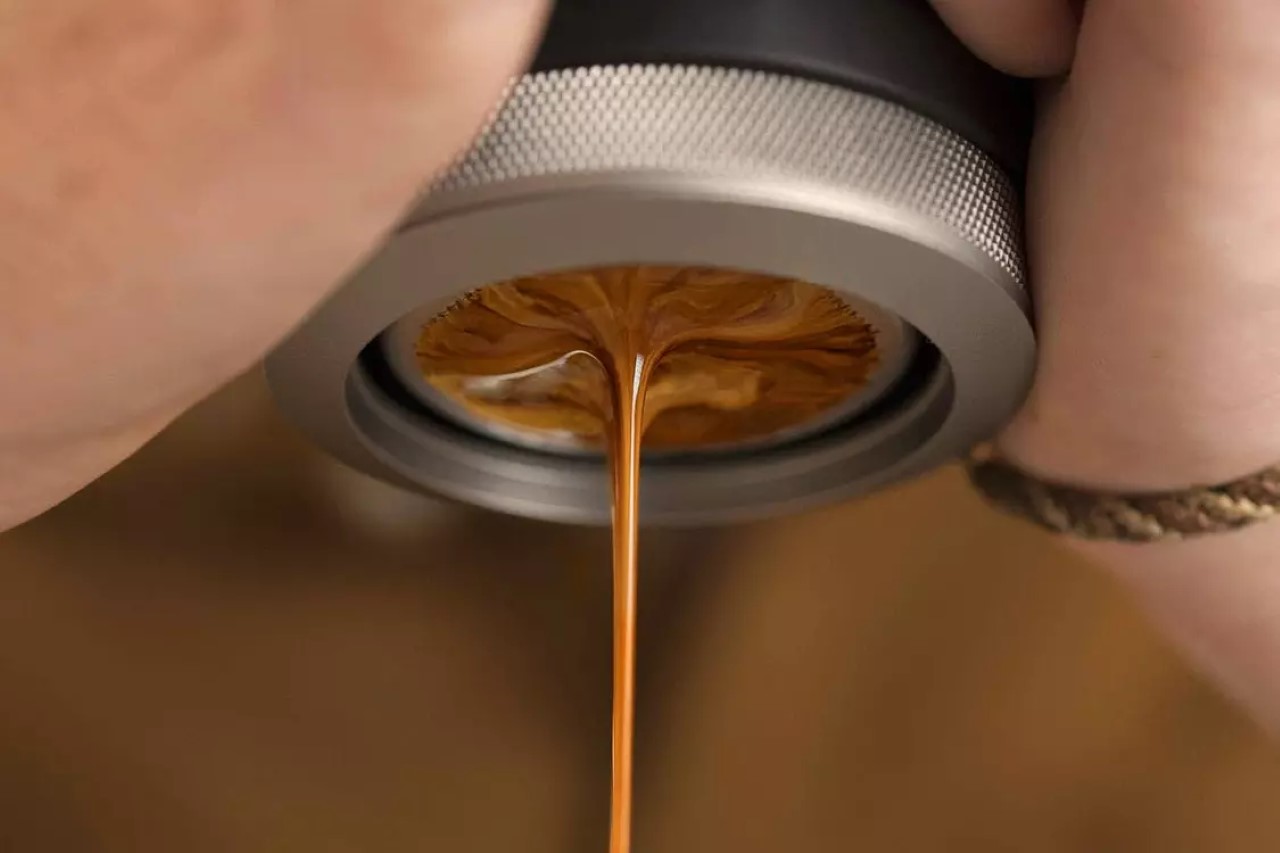 Even for its small size, the Picopresso is durably built, with a rugged design that travels incredibly well. The Picopresso comes with its own travel case and everything you need to brew barista-grade espresso and even clean up after. Priced at $99 (available for pre-order on Wacaco’s website), it’s an incredibly affordable purchase for anyone who’s passionate about their coffee… plus its 2-year international warranty should really sweeten the deal. 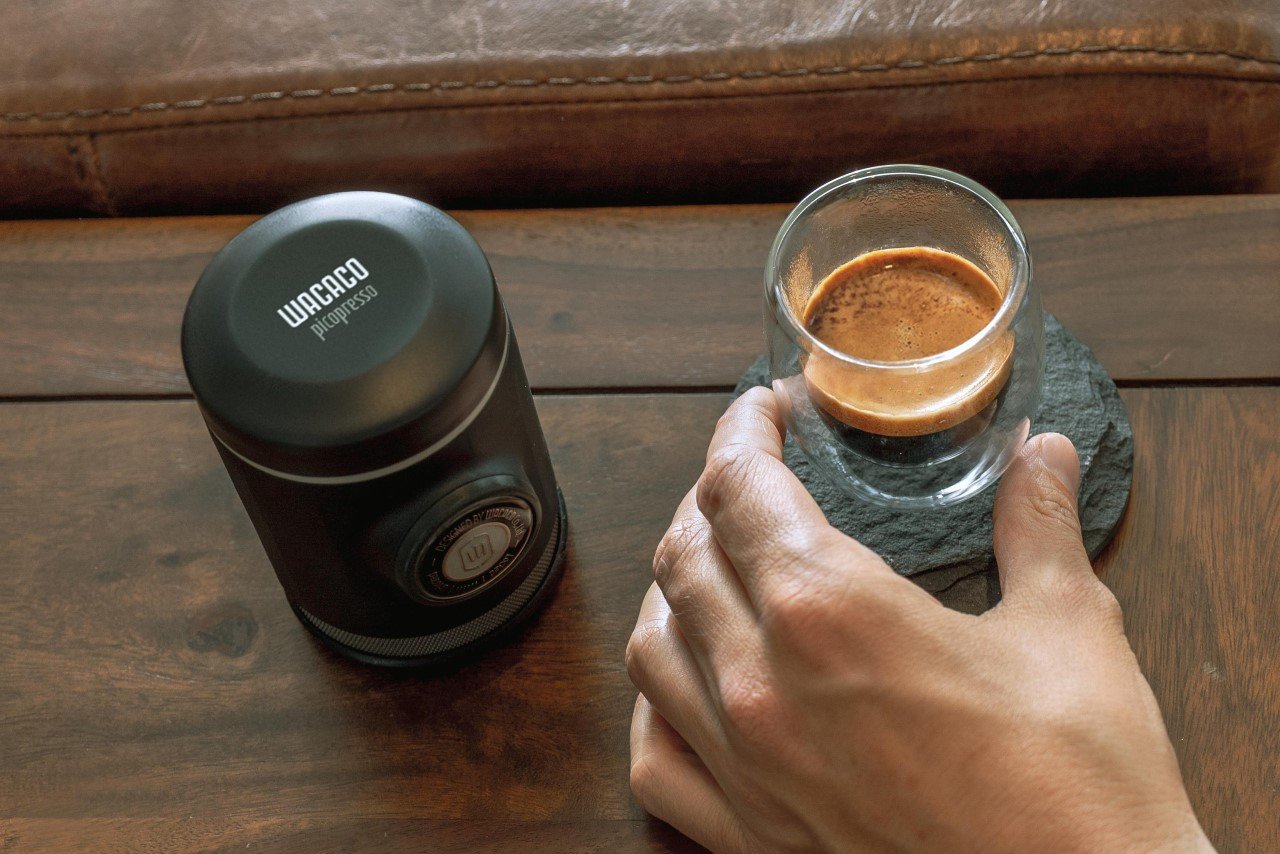 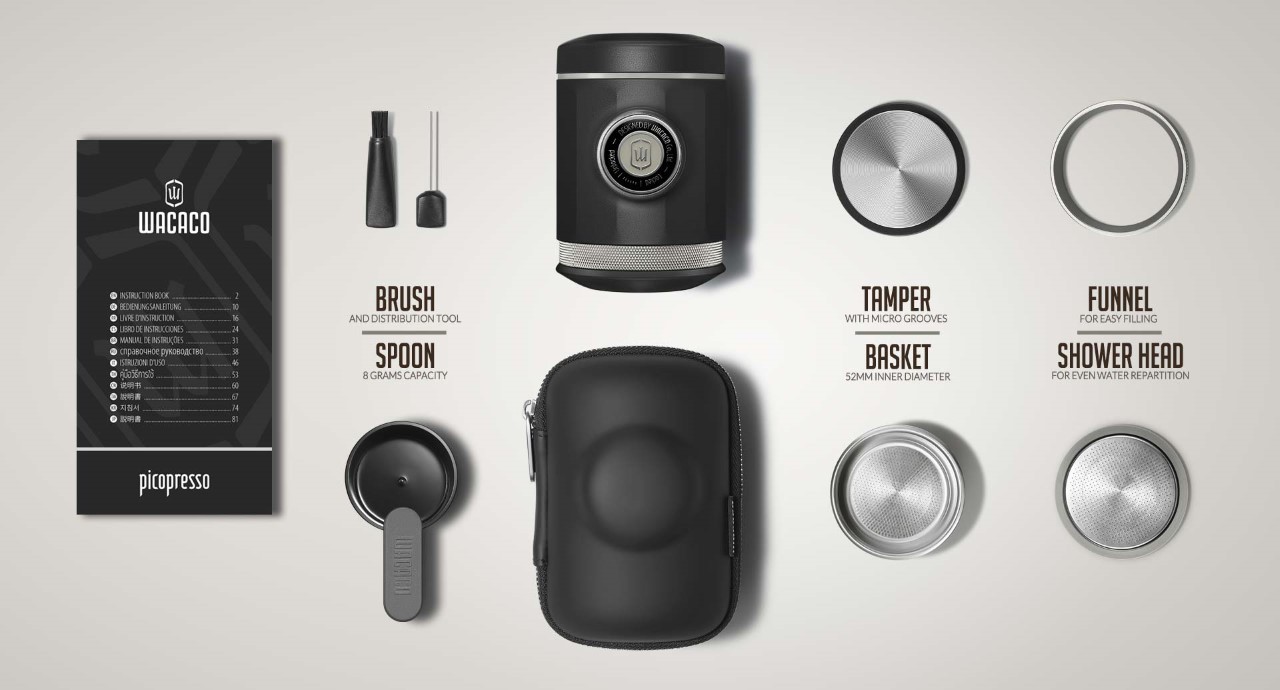 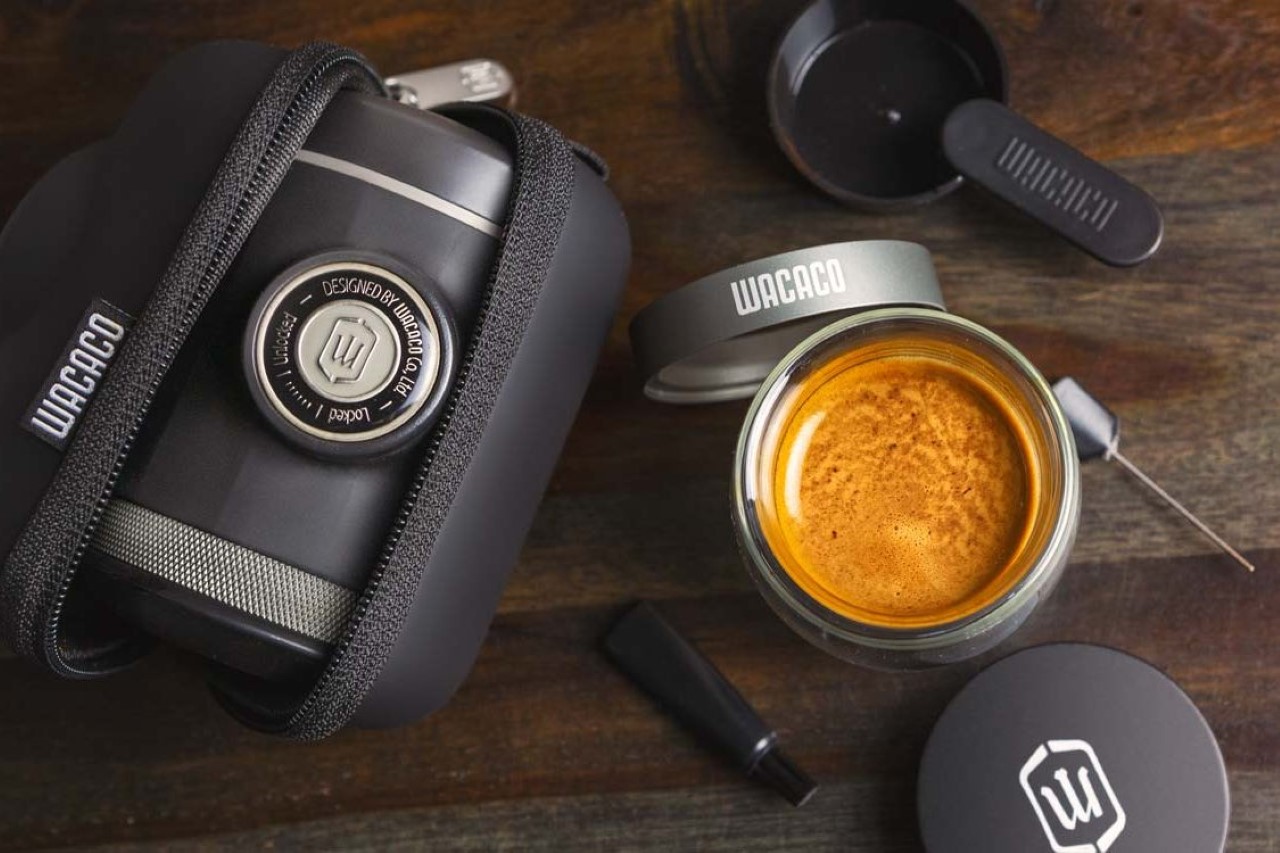 AirPods are now easier to find, carry and charge with this pal!

Mid-Century-ish in form and traditional in pattern, Mauricio Ercoli’s wicker/rattan chair concept combines both styles for a seating solution that looks right at home just…

Big City Folks Can Bring Nature to Them

The all-new, bigger, and better EcoQube C Plus offers a clean, easy-to-maintain way to introduce a little bit of nature to your living space. In…