More powerful than your Bluetooth Speaker, more capable than your soundbar, and more portable than a massive guitar-amp, the Kube4 brings the concert to you and lets you carry it with you wherever you go. 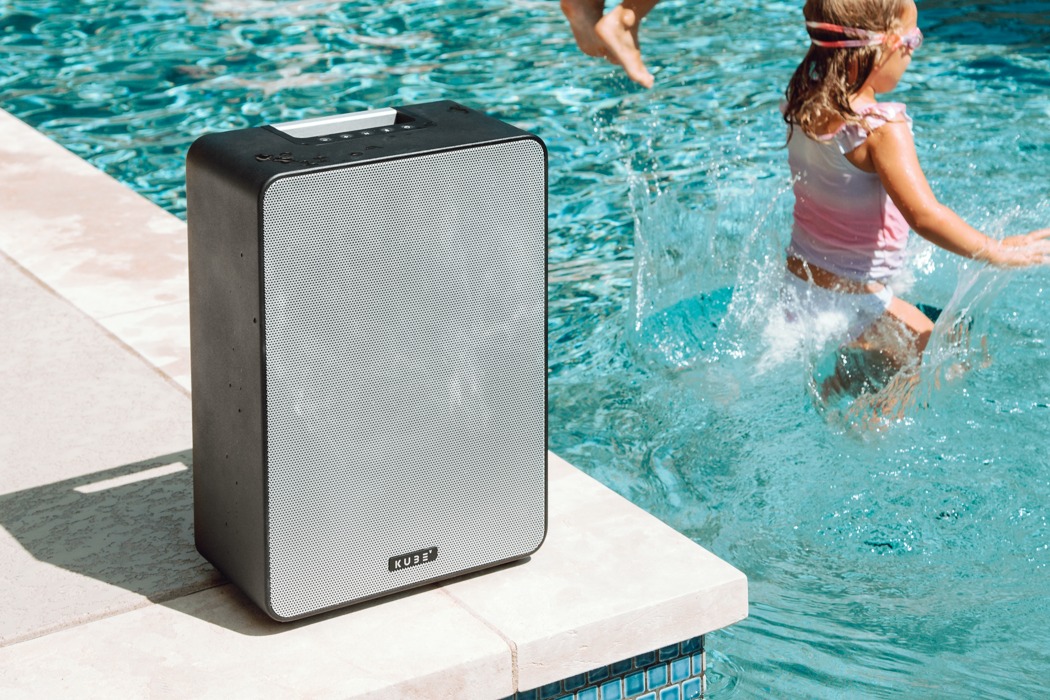 What the Kube4 does for its remarkably small size is pretty impressive. Just 18-inches tall and 11-inches wide, the Kube4 can pump out crystal-clear audio at 101 decibels… that’s the equivalent of the sound of thunder coming out of a shoebox. Designed by a team of audio aficionados, the Kube4 brings power, performance, and portability to the world of speakers, and it started off with a beer cooler.

The Kube4’s predecessor was a 2014 product called the KUBE, a portable cooler that had two massive speakers on either side in engineered acoustic chambers. Perfect for tailgating, camping, going fishing, or just chilling out in your backyard, the KUBE let you cool a few beers while listening to your favorite tunes on full blast using Wi-Fi (in an era entrenched in Bluetooth streaming). It was kind of bulky, and had a rather niche audience… but the idea behind it was a pretty neat one – what if you could carry a concert experience with you? 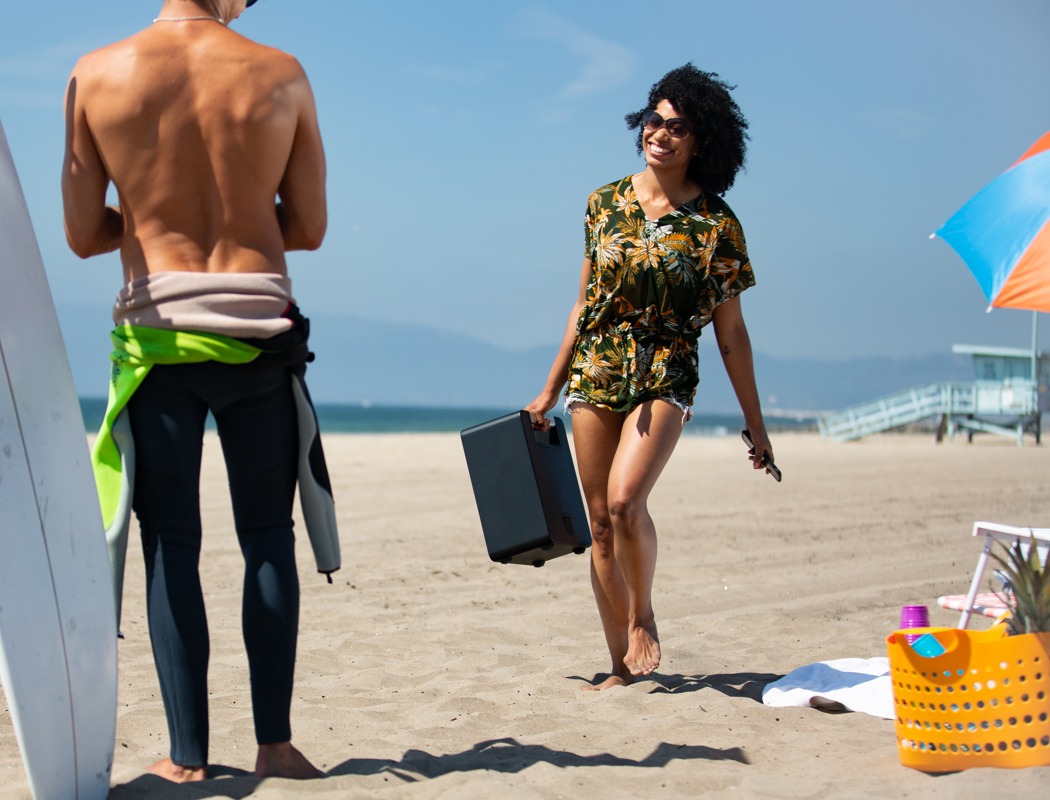 The Kube4 is the refinement of that very idea. Standing at one and a half feet tall, the Kube4 is an audio powerhouse that you can carry around with you. It comes with 40-hours worth of battery life, connects wirelessly to your phone, and can pump out 101 decibels of audio at its highest volume, recreating the sheer heart-thumping audio effect you’d get at a concert. 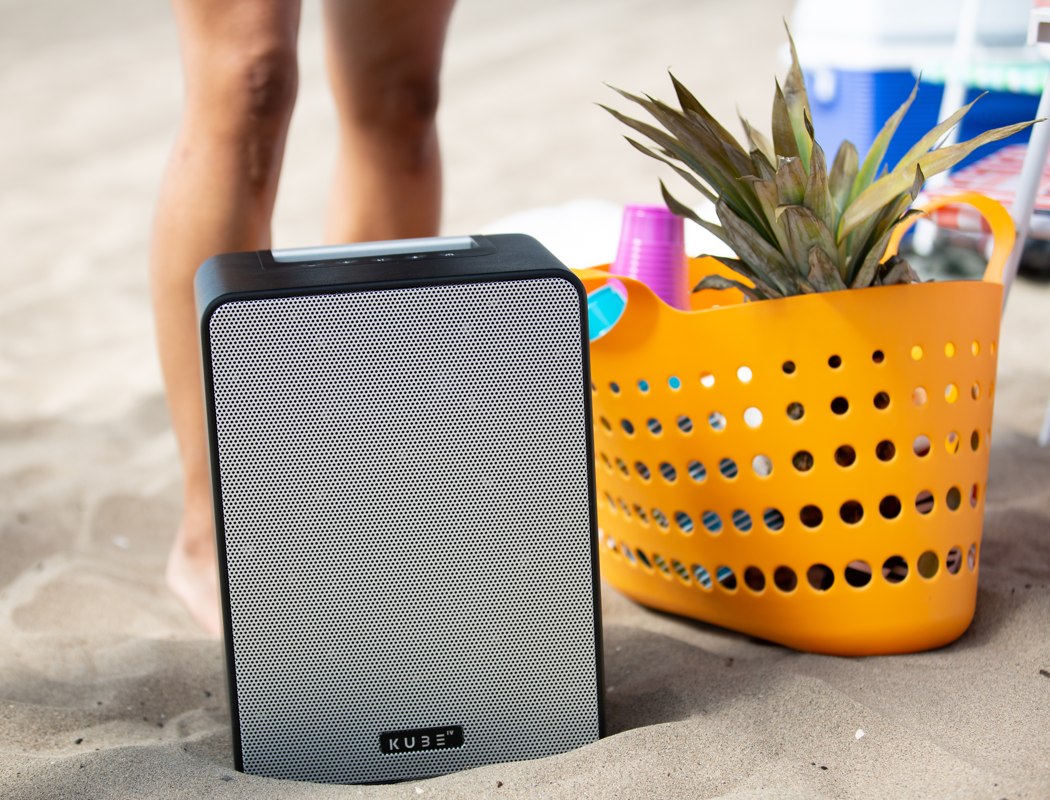 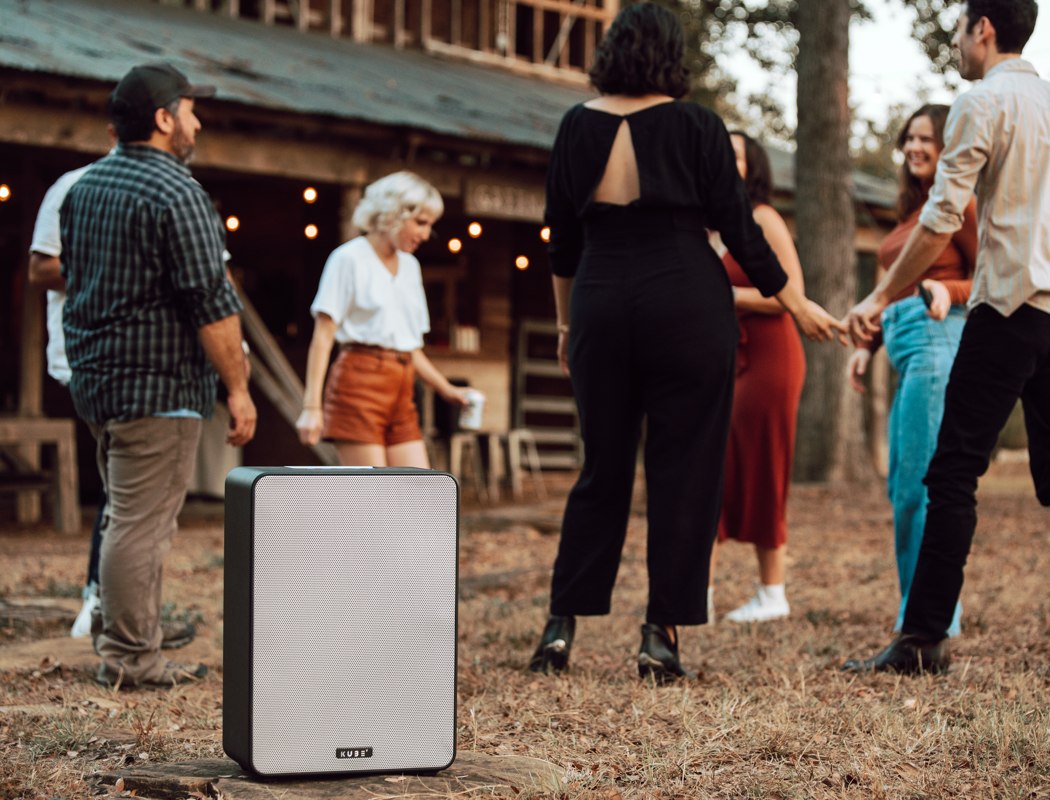 The Kube4 can also generate its own WiFi mesh network, connecting seamlessly with multiple other Kube4 systems even if they’re kept up to 300 feet apart. In being able to do so, the Kube4 literally turns into a concert-style speaker system. You could use one Kube4 independently, or connect two together and assign them left and right channels for powerful stereo. 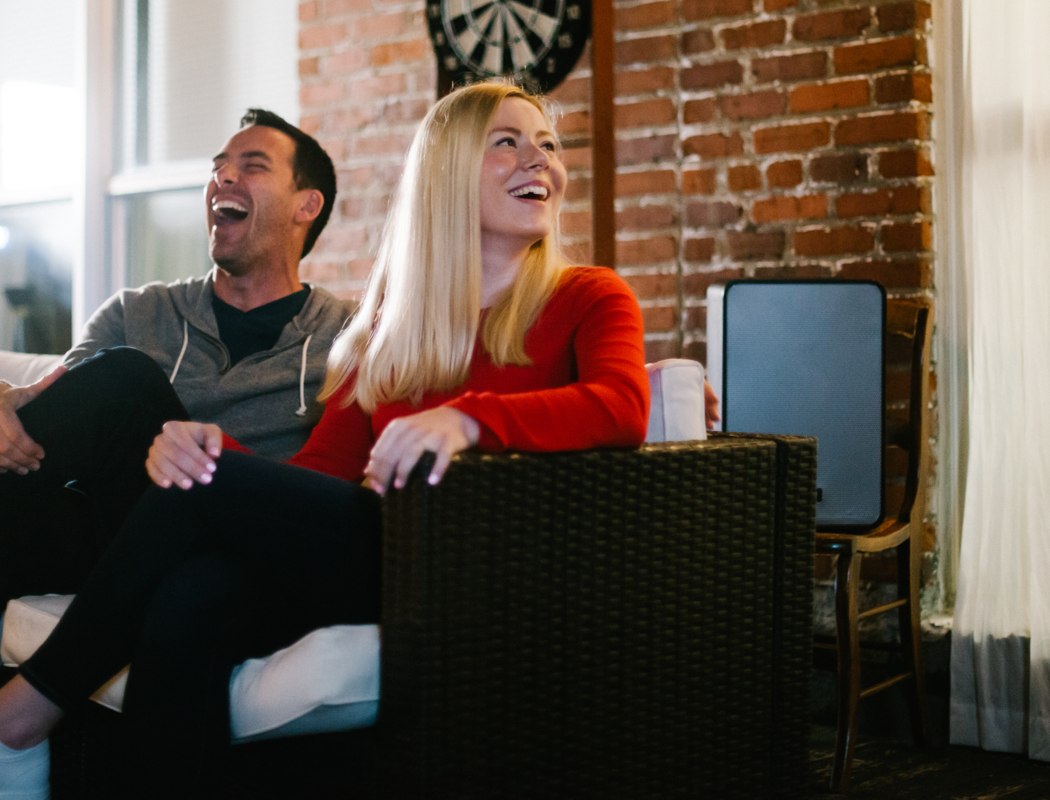 You could have one in every room in your house for a house party, or line them up along a hall/theater for a proper concert, or even spread around a football field, and play music on every single one of them … in sync, if I may add. Or better still, you could play different music (from the same phone) on each individual speaker, creating a separate ambiance in the living room, the backyard, and your bedroom. 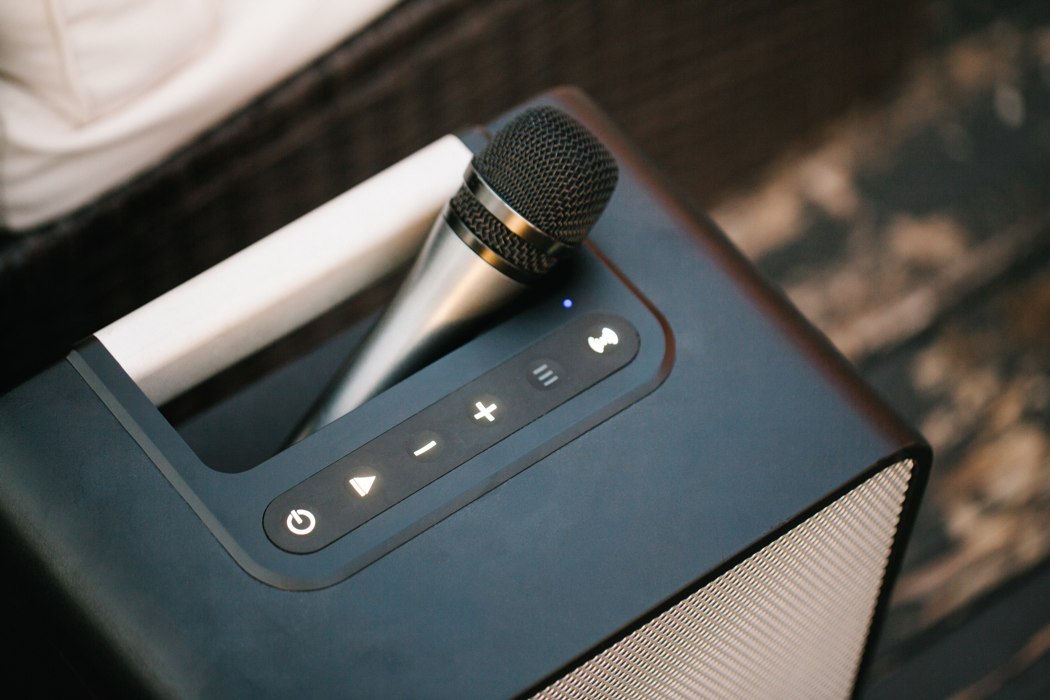 It even has a built-in PA mode, letting you connect a microphone to it in addition to a smartphone, effectively allowing you to alternate between pre-recorded audio and a more live concert/jamming experience! 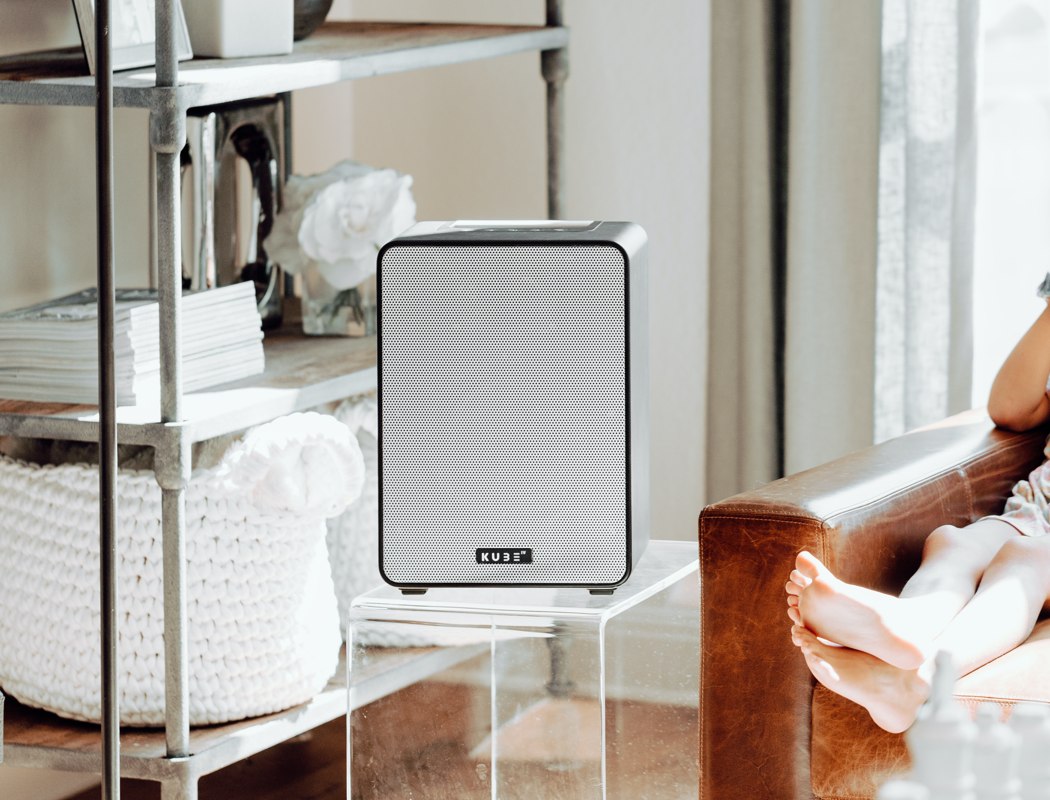 Its tiny box-like design and powerful audio capabilities are the result of a collaboration with the folks at SoundHub, the world’s first audio incubator that’s worked with Bang & Olufsen, Harman Kardon, and even Jabra to help build and fine-tune their audio equipment. The Kube4 comes with a 1″ compression tweeter and a 6.5″ mid-woofer along with a passive radiator (for sealed water-resistant enclosure) that gives it an overall frequency range of <50Hz – 20,000Hz – that’s just nerd-talk for saying that the speaker can pump out audio with incredible clarity and zero distortion (something that becomes a problem with larger speakers). 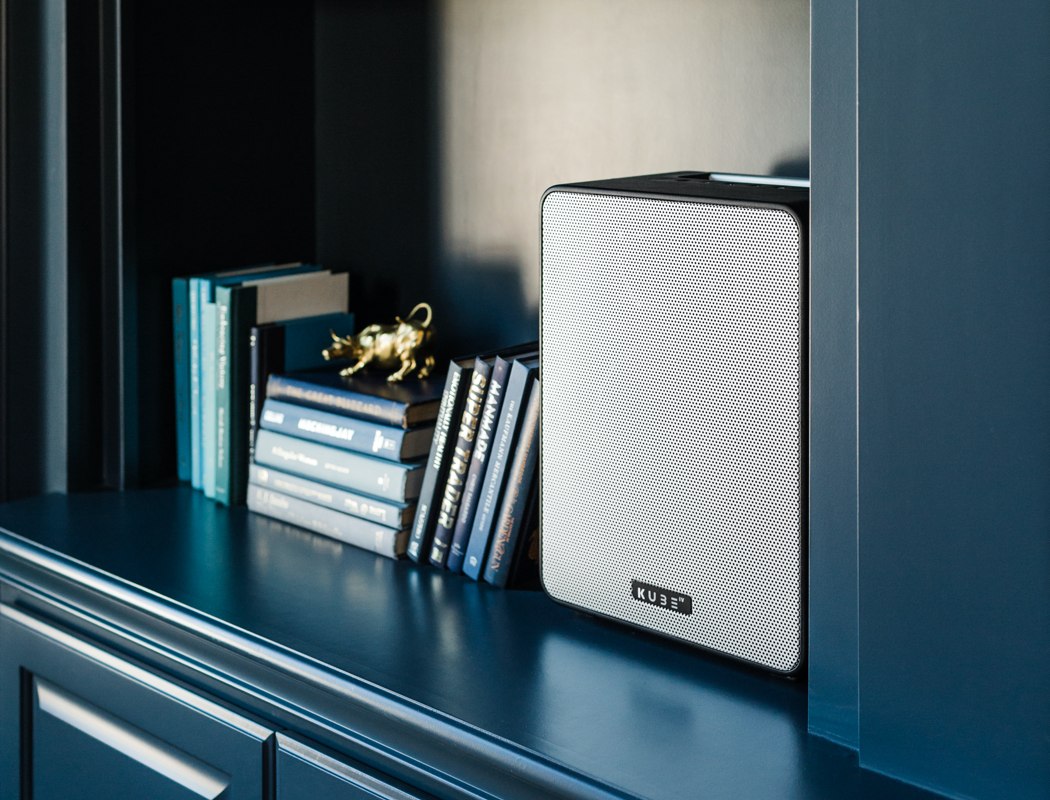 Its massive 5000mAh battery-pack (outputting 18.5v) gives it a whopping 40 hours of battery, and a USB port on the back lets you even use it as a power bank for your phone while you’re outdoors. With a slick, minimalist, portable design, the Kube4 weighs just 21 lbs and comes in a compact box-like design with a built-in handle that can be used to carry it around. 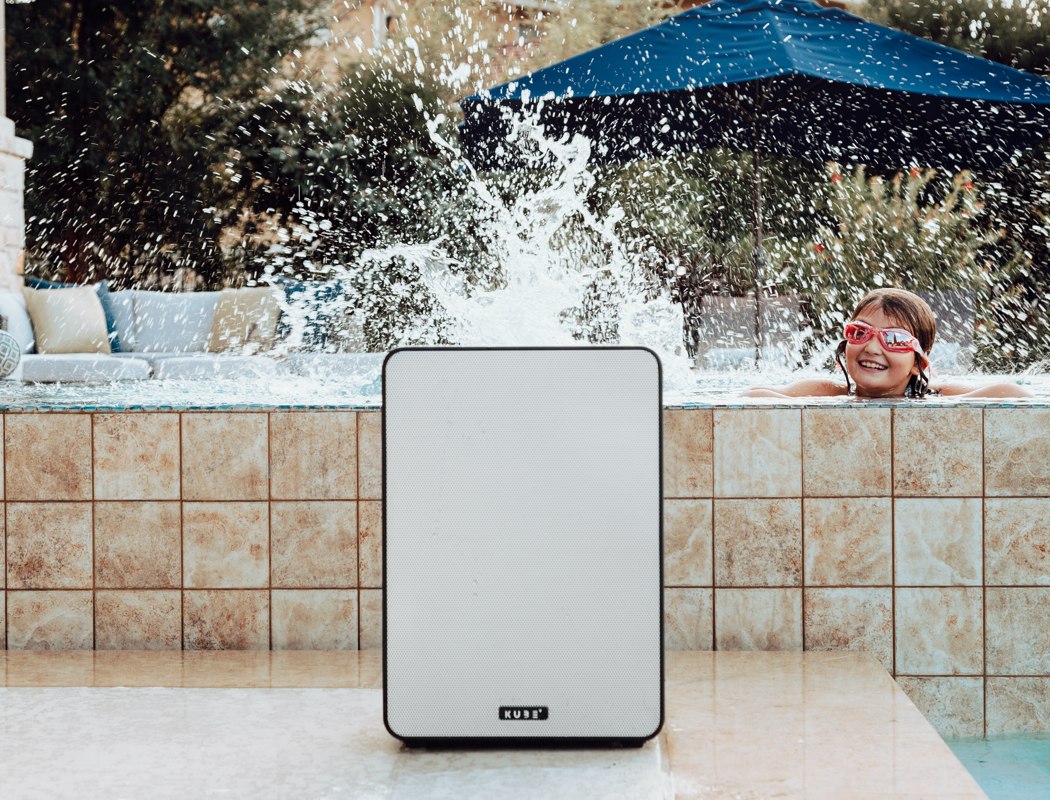 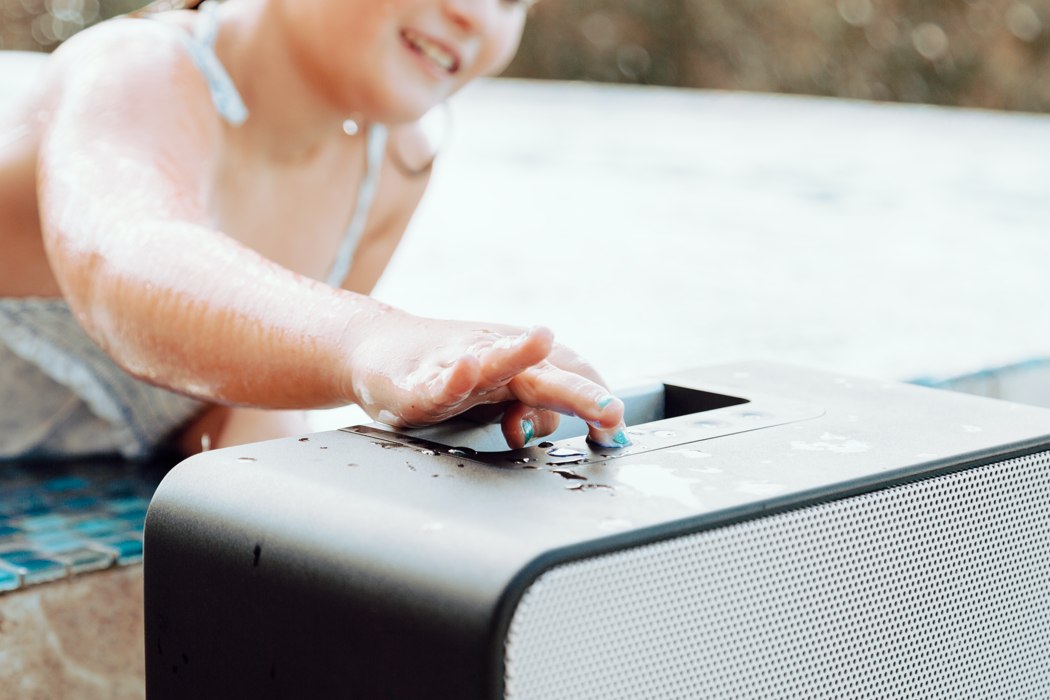 Its outer cabinet is made from marine-grade plywood that’s IPx5 water-resistant too, so you could potentially carry the Kube4 to the poolside, on a fishing trip, to the beach, or even out in the rain. 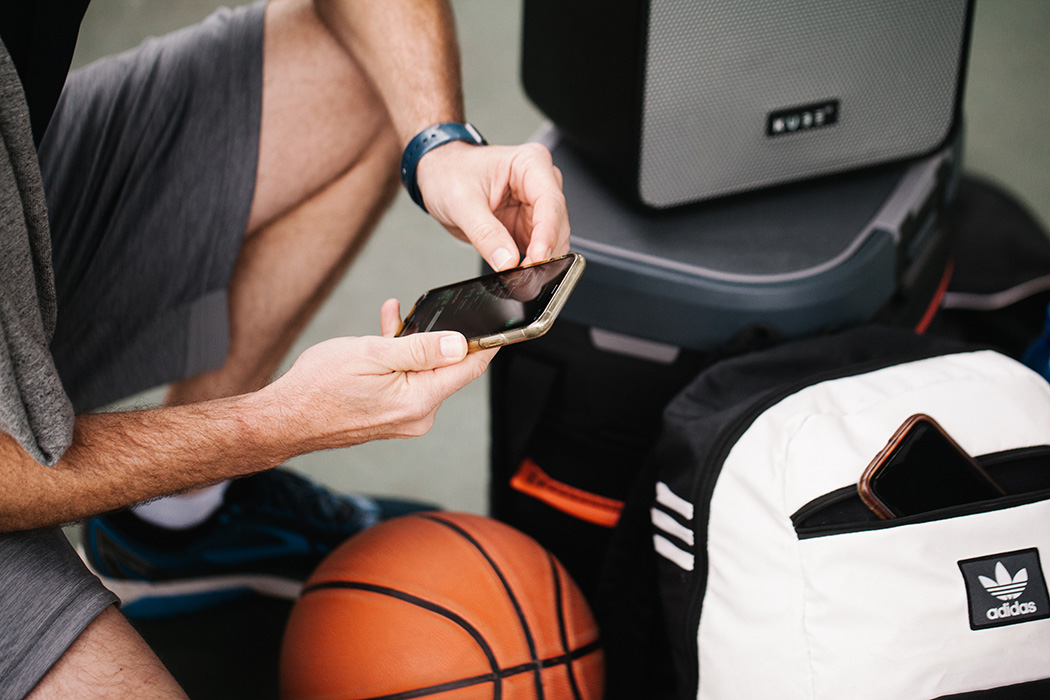 One common fault of habit with the Kube4 (and something I found myself doing a lot) is to naturally want to call it a Bluetooth Speaker. Founder of KubeSound Nathan George pointed out that while the Kube4 DOES support Bluetooth, its ability to work on WiFi is what sets it apart. The Kube4 is compatible with AirPlay protocols and Spotify Connect, and can utilize its own WiFi mesh network to create better connections over MUCH longer distances, playing higher-quality sound with virtually no latency over multiple Kube4 devices (it can sync as many as 32 Kube4 speakers together via WiFi. To put things in perspective, Bose can only sync 4 speakers at a time over WiFi). It even comes with a companion app that lets you assign names to different speakers and individually control playback on each one of them simultaneously… or if you’re suffering from concert-nostalgia like me, connect all of them together to create a miniature Coachella wherever you are! 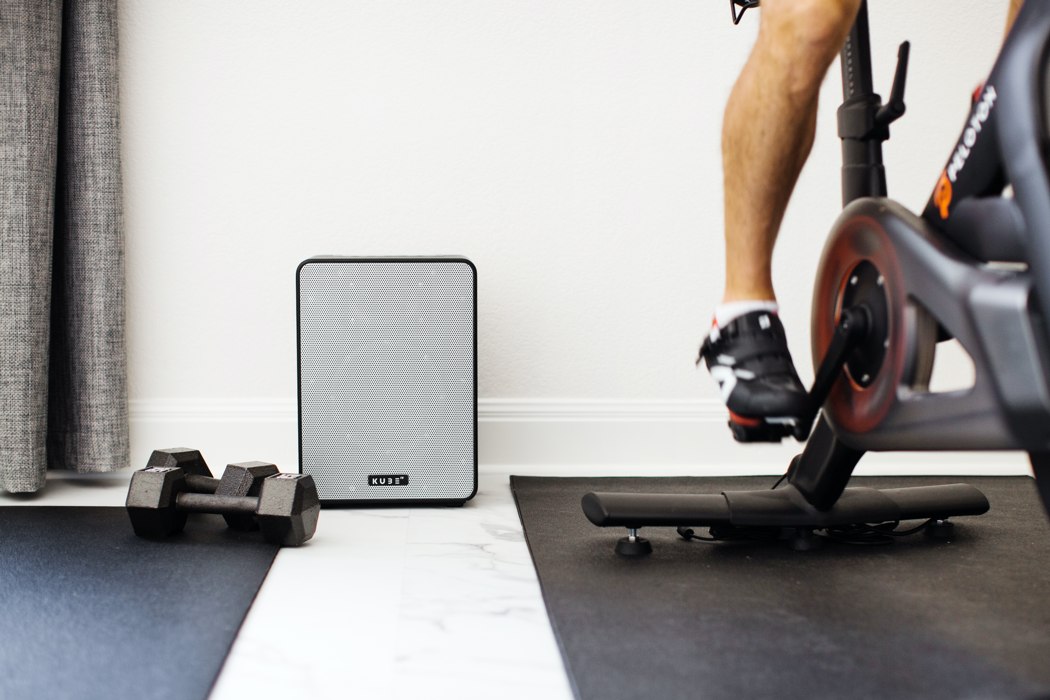 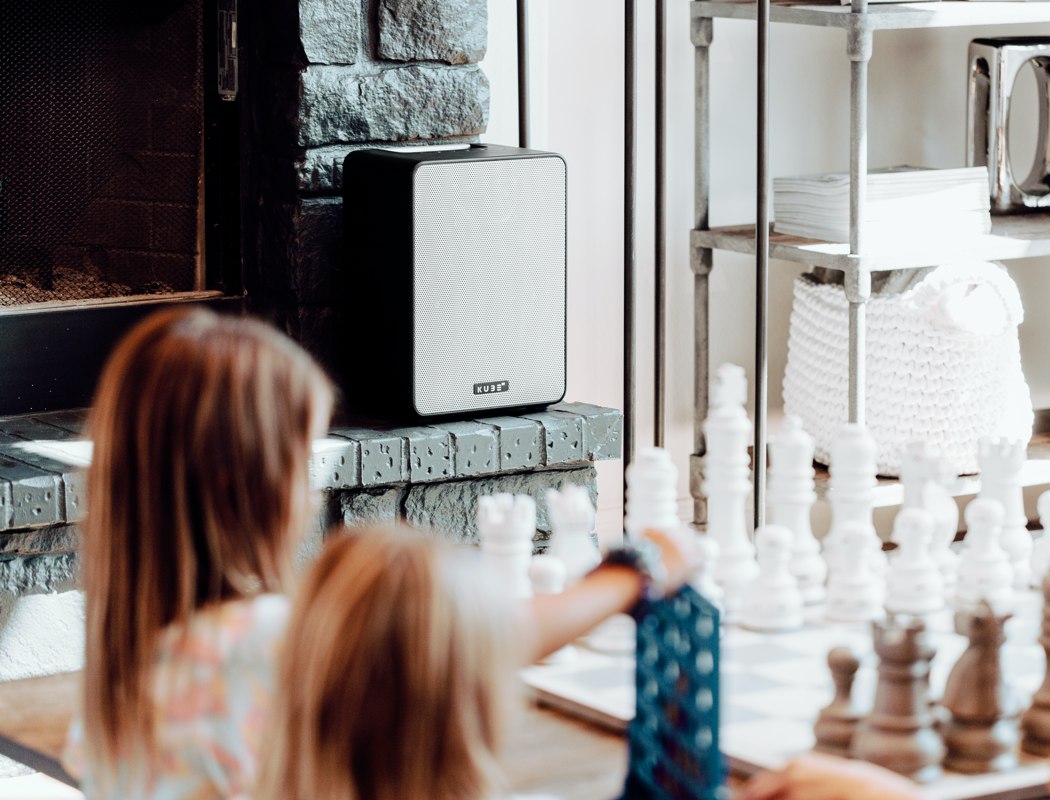 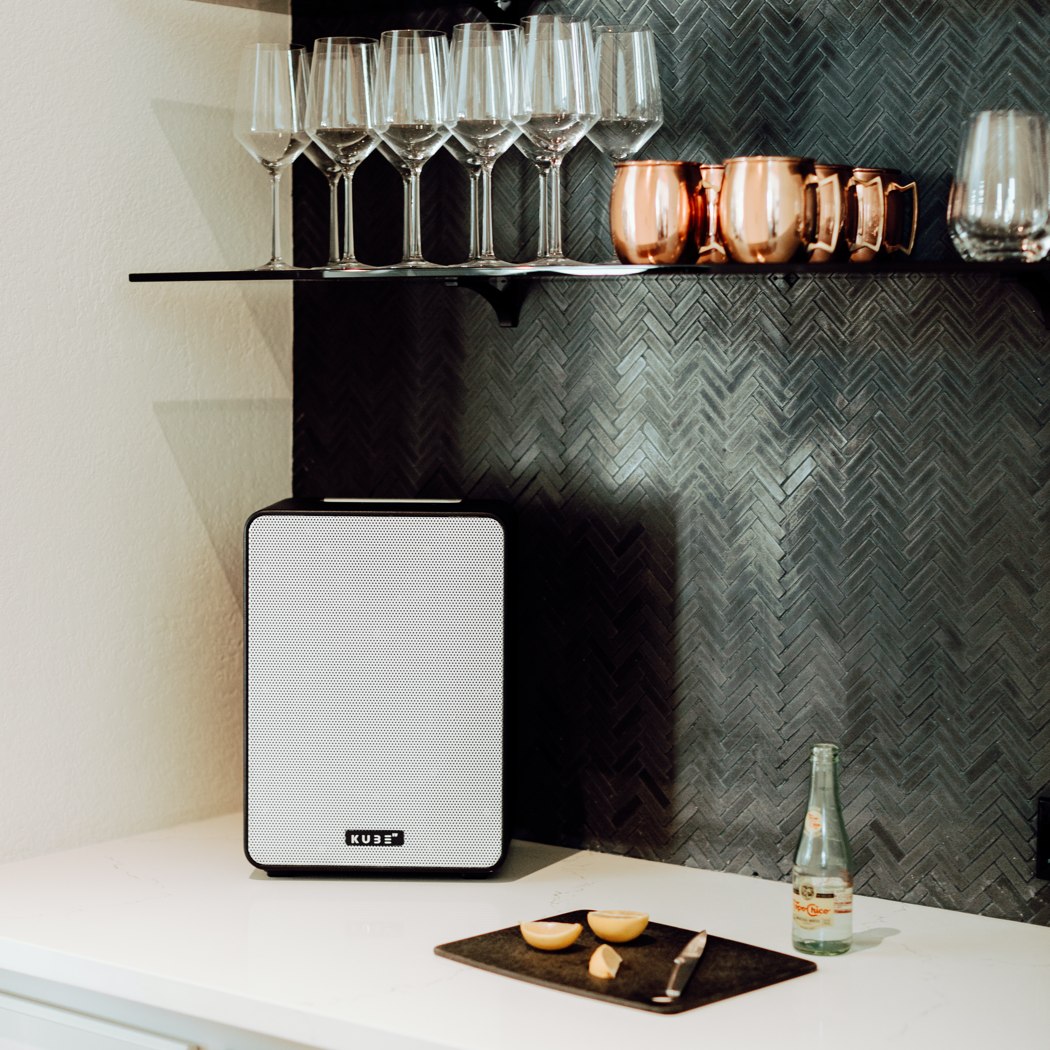 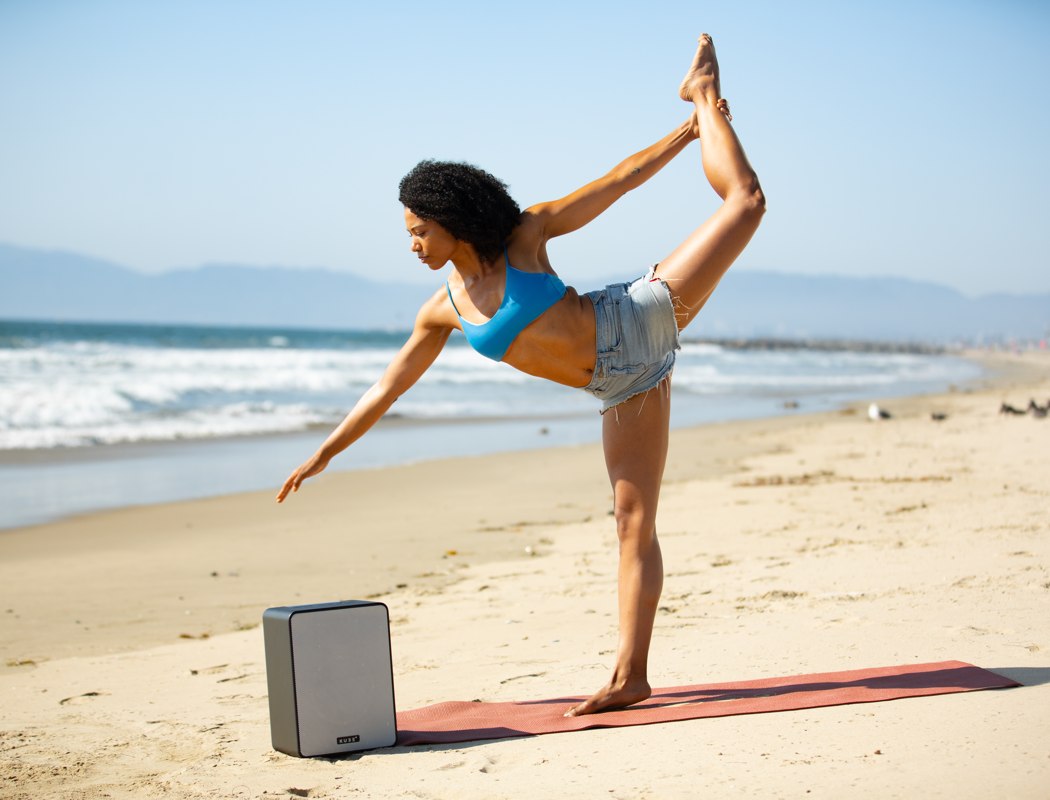 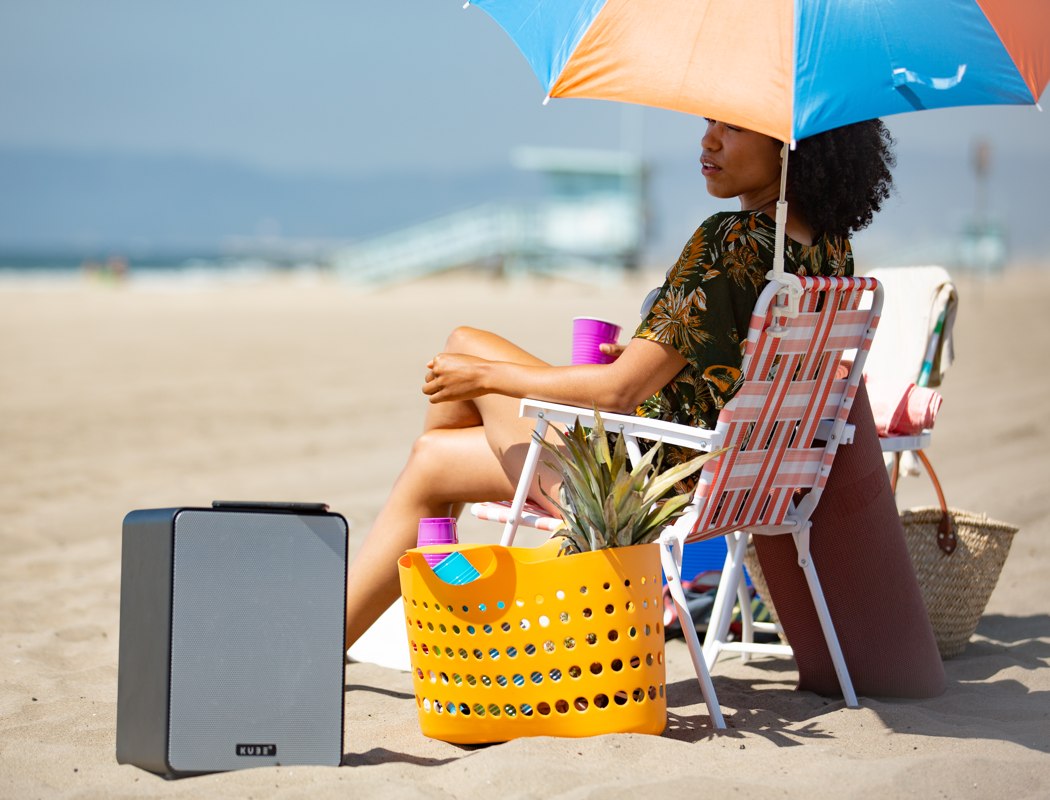 This Sofa will have you drooling!

The Re Cinto Sofa’s an award winning piece of furniture, but I love it for an absolutely unrelated reason. From a distance, it looks like…

The Chouchin elegantly transforms from candle into lantern

The Chouchin candle’s design merges culture with creativity, turning a candle eventually into a lantern. Shaped like Japanese lanterns on the outside, the candle is…

What is the World Design Consortium?

Think of the World Design Consortium as an International Association for Design and Designers. It connects designers to prospective clients, acting as mediators and a…

What good is brushing your teeth if your toothbrush isn’t in tip-top shape?! Dentists suggest replacing your brush every three months for you to effectively…