Ask any Indian what their country runs on and the answer will inevitably come, “Chai”. Introduced to the country by the British and the Portuguese, Chai (or tea) is as much of a legacy to India as the New York Pizza Slice or the Chicago Deep Dish is to America. We’ve taken the drink and co-opted it, introducing our rich culture and complex flavors and spices to what’s otherwise a simple beverage of tea leaves, water, milk, and sugar. Today, chai can be found everywhere – At tiny roadside stalls in the city or on highways, and even in the up-market urban Chai cafés that are the “tea-quivalent” of Starbucks. However, possibly the most iconic form of Chai is found on the roads, sold by people on push-carts or even out of canteens on the back of scooters. The CHAIGAADI builds on that culture, modernizing it and turning it into even more of an icon. 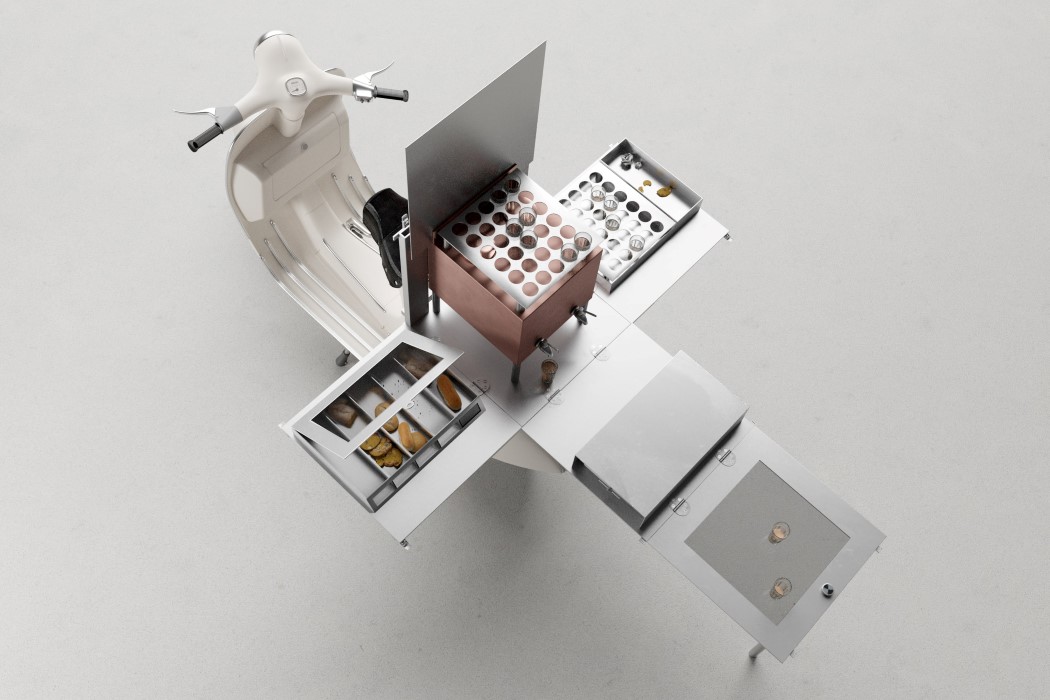 ChaiGaadi is the world’s tiniest tea stall ever made. At just 1.5 sq. ft, the foldable tea stall fits right on the back of a Vespa, allowing the tea vendor to easily set up shop anywhere and sell tea along with select confectionery and snacks. Everything fits right into a 1.5 sq. ft. box that’s mounted on the back of a Vespa. Designed to work like a food truck, traveling from location to location (and often parking outside large offices in the evenings to businessmen can get their ‘chai break’), the ChaiGaadi can be set up anywhere in minutes. The box opens out into an elaborate setup comprising a copper tea boiler, a cup-warming tray fitted with signature ‘cutting chai’ drinking glasses, a tray for confectionery like buns and tea-cakes, and a fold-out counter for serving your wares and collecting cash. Once consumed, used tea glasses can even be docked in a special tray on the side, along with a small compartment for food waste. 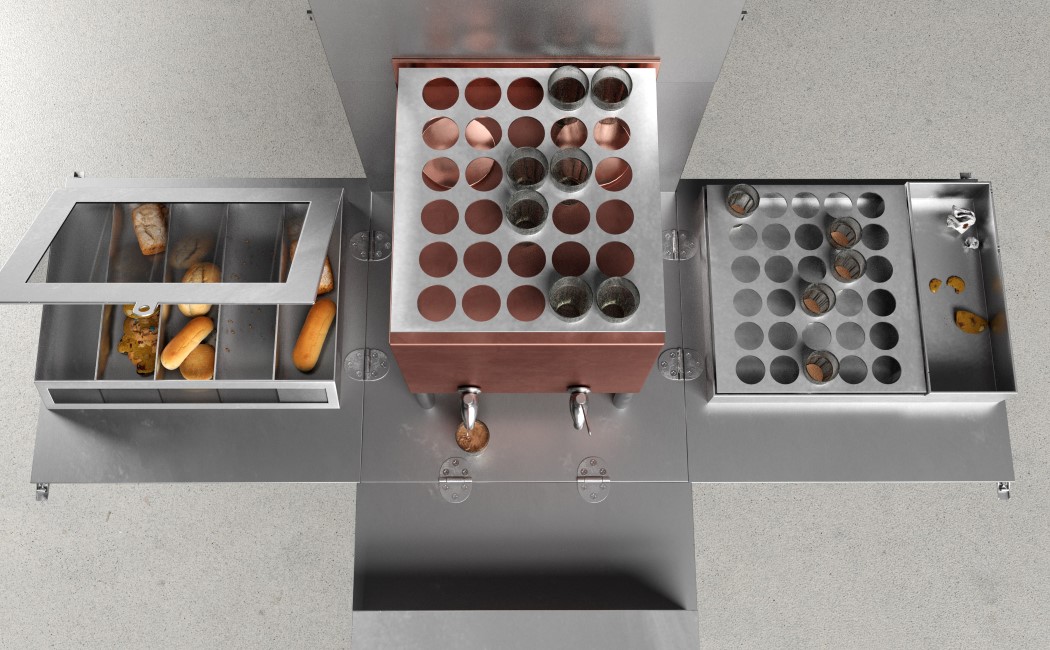 The copper construction on the tea boiler is a bit of creative fusion from the designer, Arun Prabhu. Inspired by the copper glasses used by Turkish baristas to brew their coffee, the ChaiGaadi’s copper boiler relies on the metal’s conductivity while hinting at that cultural inspiration from the Middle East. Vents on the top of the boiler serve two purposes. Not only do they help keep the chai-glasses above warm (the vendor or ‘chaiwallah could pre-pour 10-15 glasses to quickly serve hot to customers), but they even occasionally let out steam, spreading the familiar whiff of strong milky tea in the air. 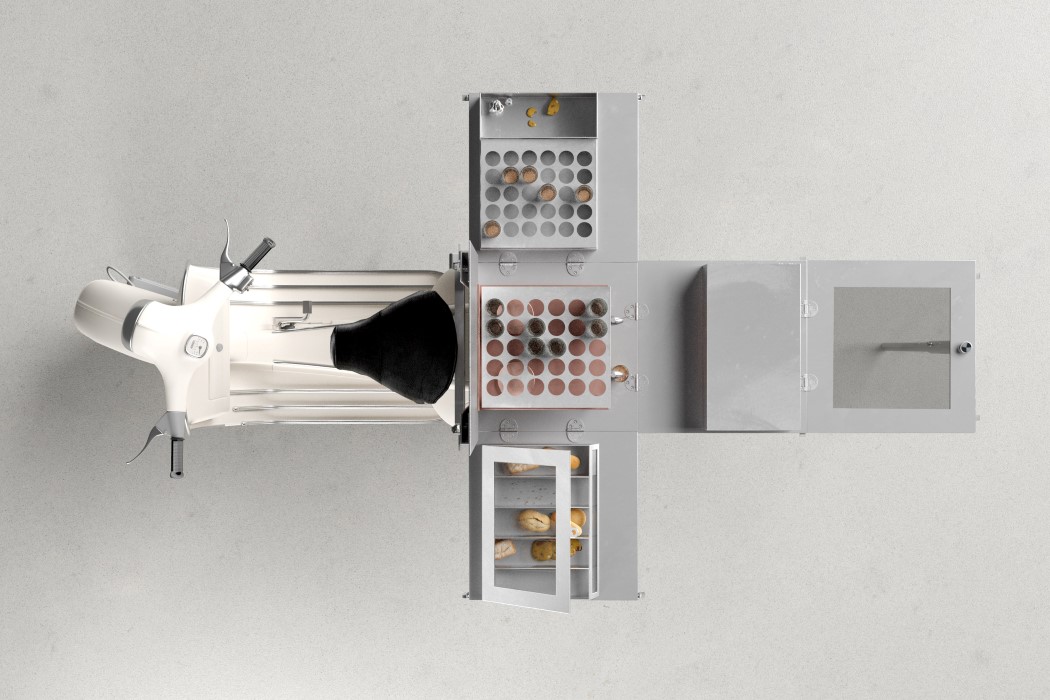 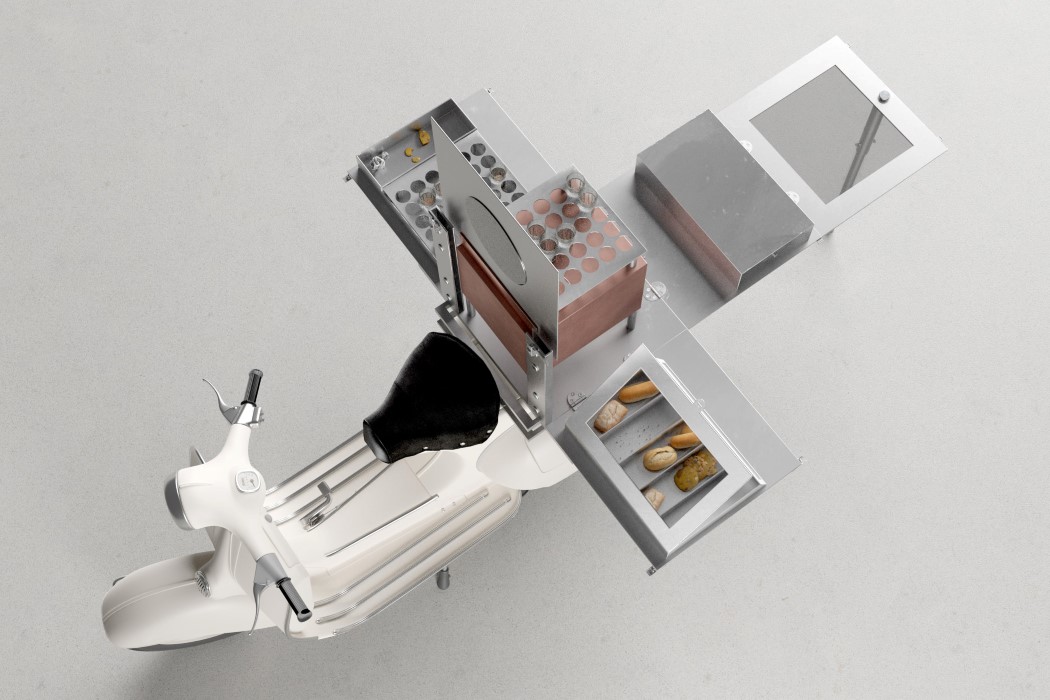 “We spent months prototyping, itching to find the right balance between usability and the skeleton of the structure”, says Arun Prabhu, founder of cross-disciplinary design and research firm The BILLBOARDS® Collective, and the designer of the ChaiGaadi. Touted as the world’s tiniest tea café, the ChaiGaadi was designed for Hyderabad-based cafe chain, Chai Kahaani, and is currently going through testing and trials as it prepares for an eventual nationwide rollout. 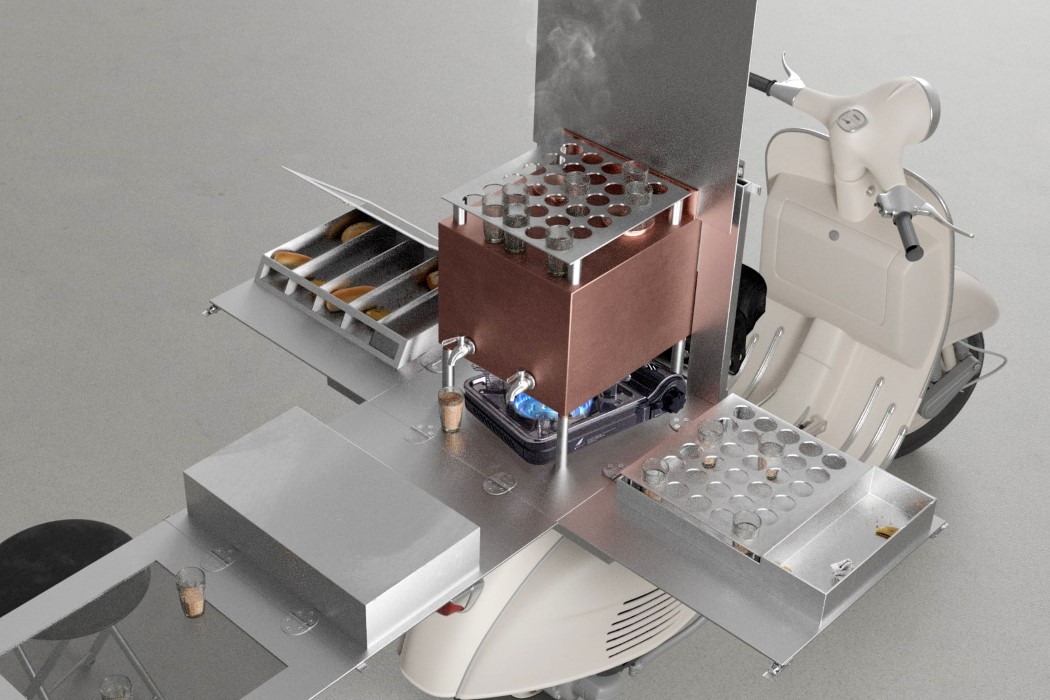 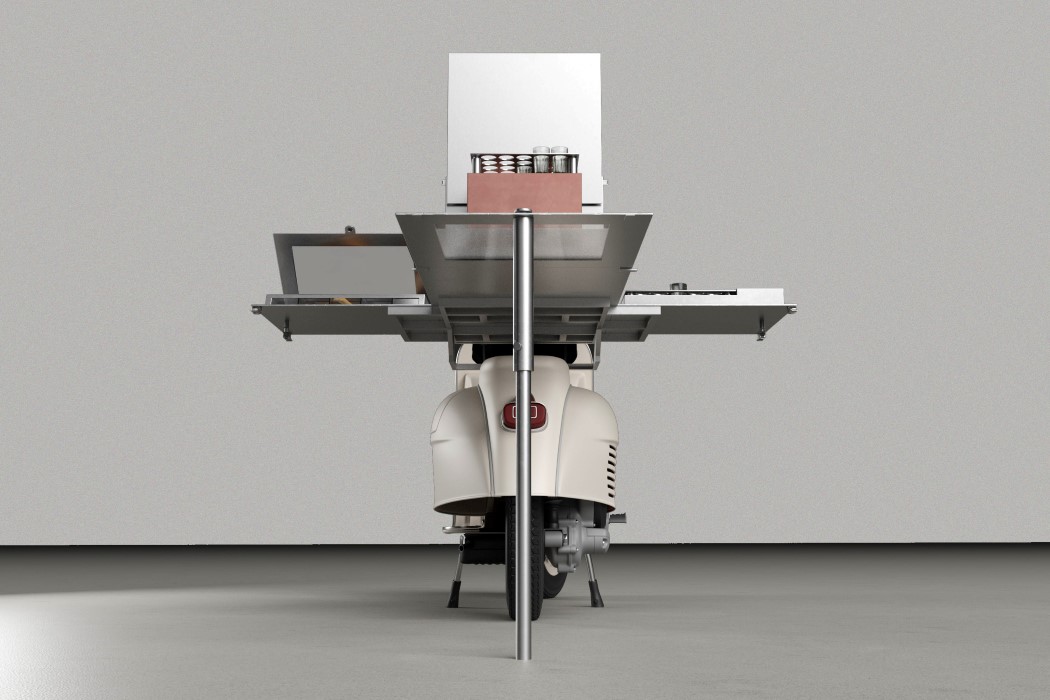 RADIOOO takes inspiration from the powerful aesthetic of volcanos and lava… and the result is red hot! It’s clad in a tough composite casing reminiscent…

The Leica S5 concept is a technical and stylish evolution to its predecessor the S2. A reduced form factor accentuates the optical connection between body…

This geometric pet house will ease your separation anxiety

Dog houses can be too high-end looking or too casual and either way, they draw attention in the room. If you are someone who wants…