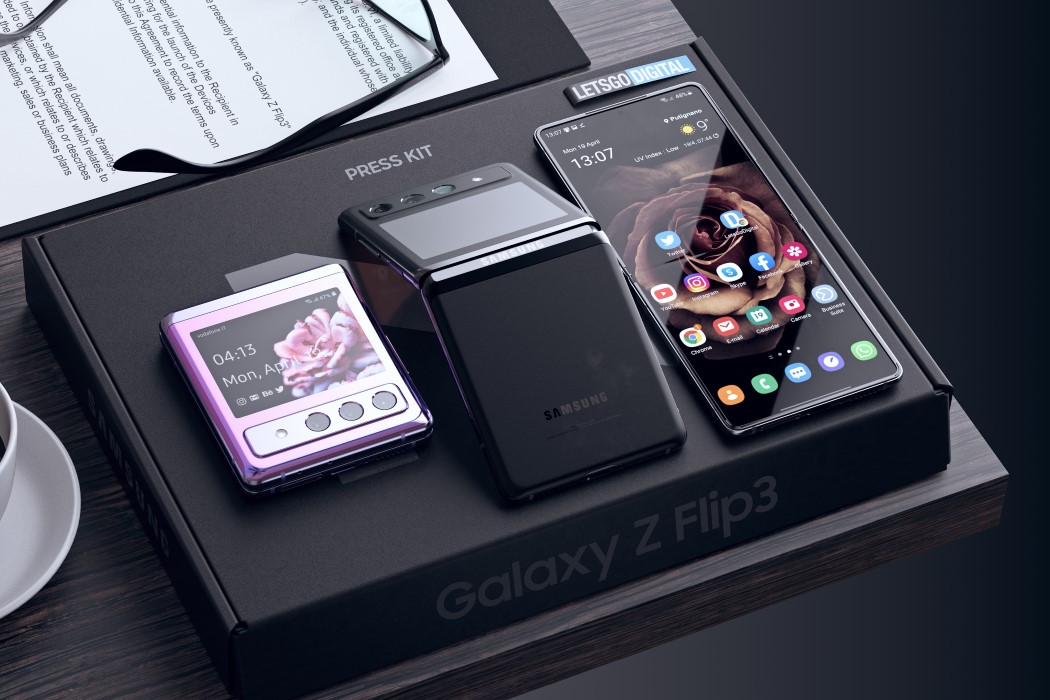 Why is it called the Z Flip 3? Where’s the Z Flip 2? Irrelevant questions! 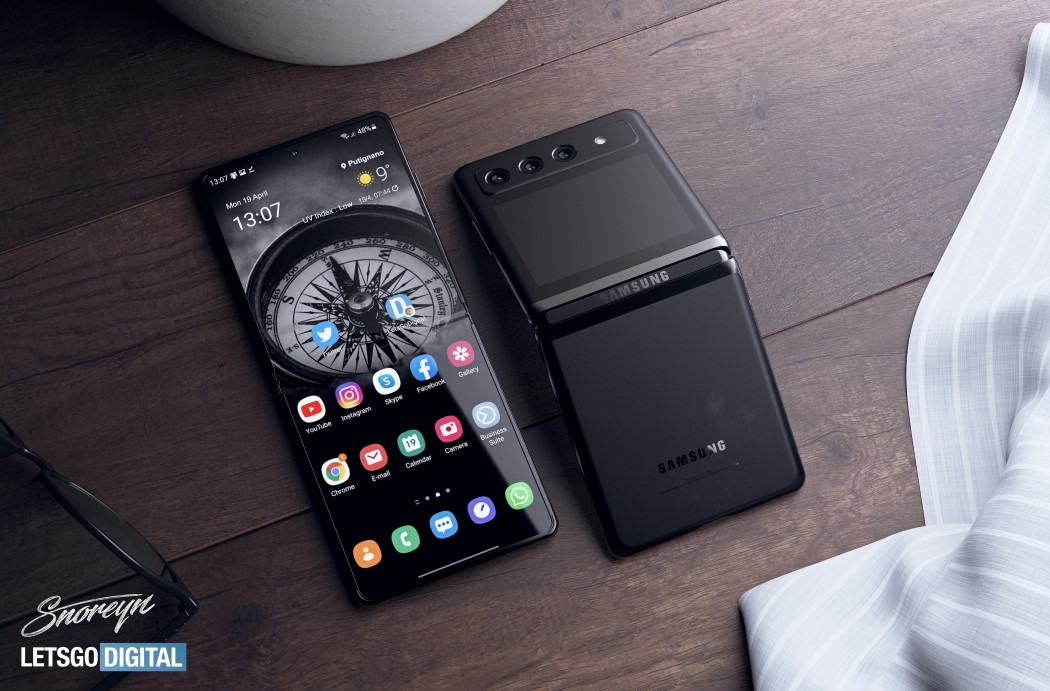 The Samsung Galaxy Z Flip 3 comes as a collaboration between Spinelli (also known by his internet alias Snoreyn) and LetsGoDigital. Rumor is, it’ll be accompanied by the Z Fold 3 as well, allowing Samsung to finally become a veteran in the folding phone space. LGD reports that the Z Flip 3 will feature an improved hinge and even points out that Samsung was awarded a patent for a Z Flip with triple cameras back in 2020. 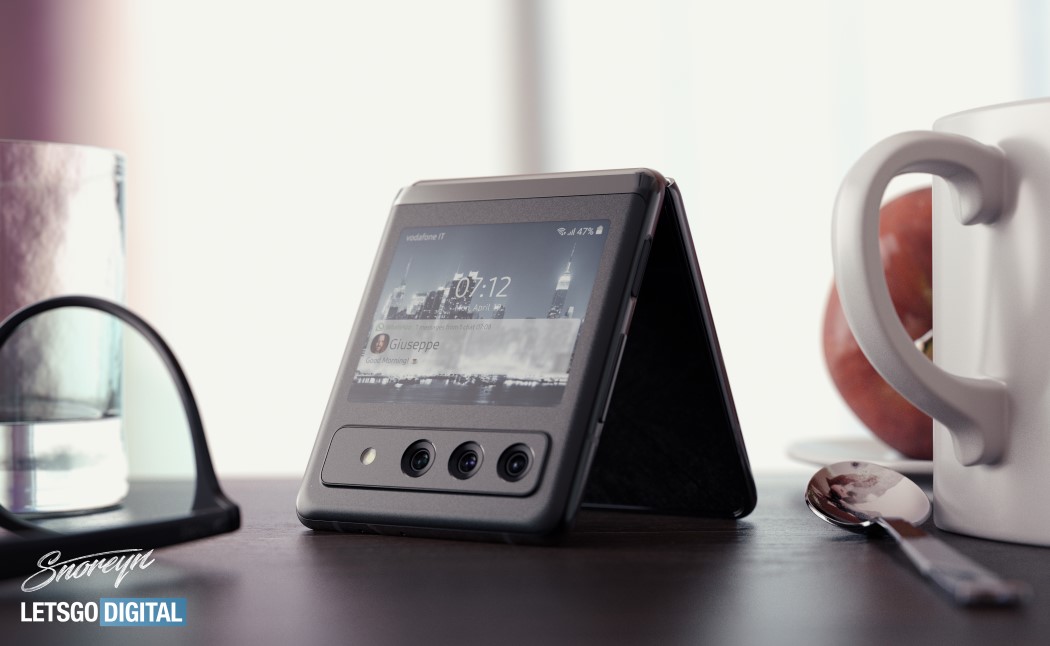 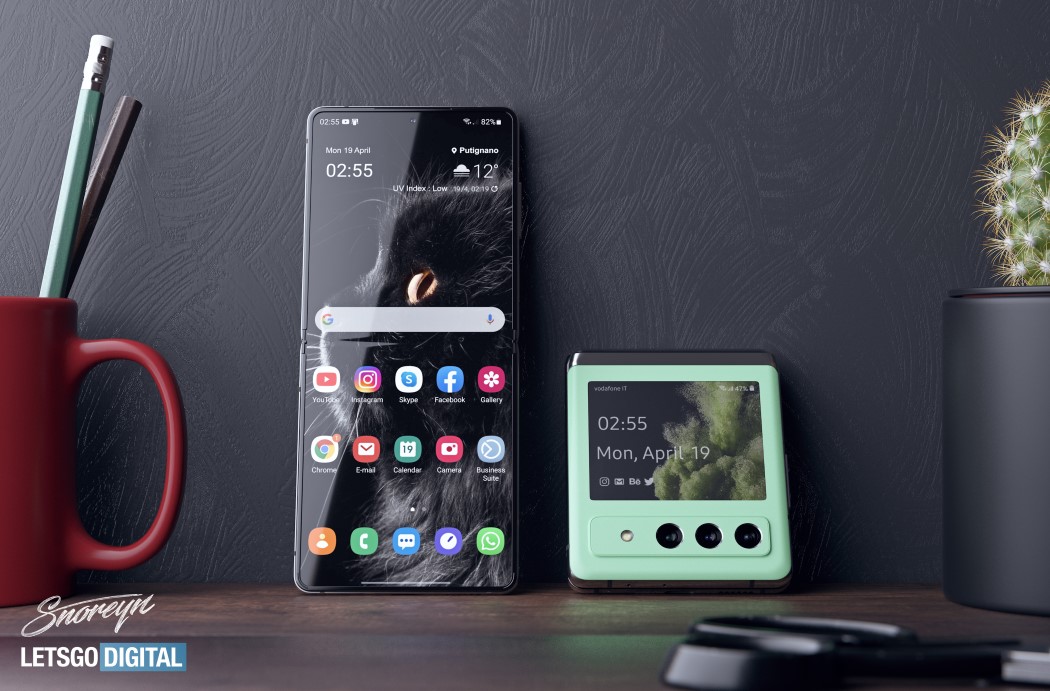 The phone’s clamshell folding design makes it incredibly compact when folded, allowing it to occupy much less space in your pocket as compared to a Z Fold-style book-shaped folding design. Samsung’s also rumored to be working on a pamphlet-style smartphone with a triple-panel double-hinge setup, but there’s really no word of when the company will officially announce it. 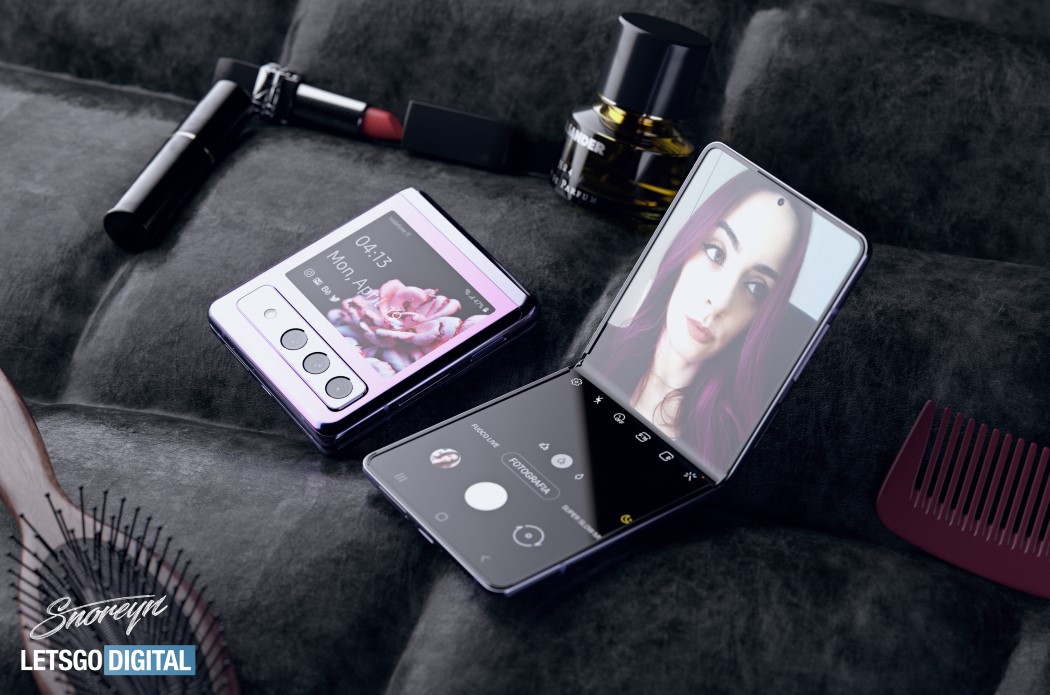 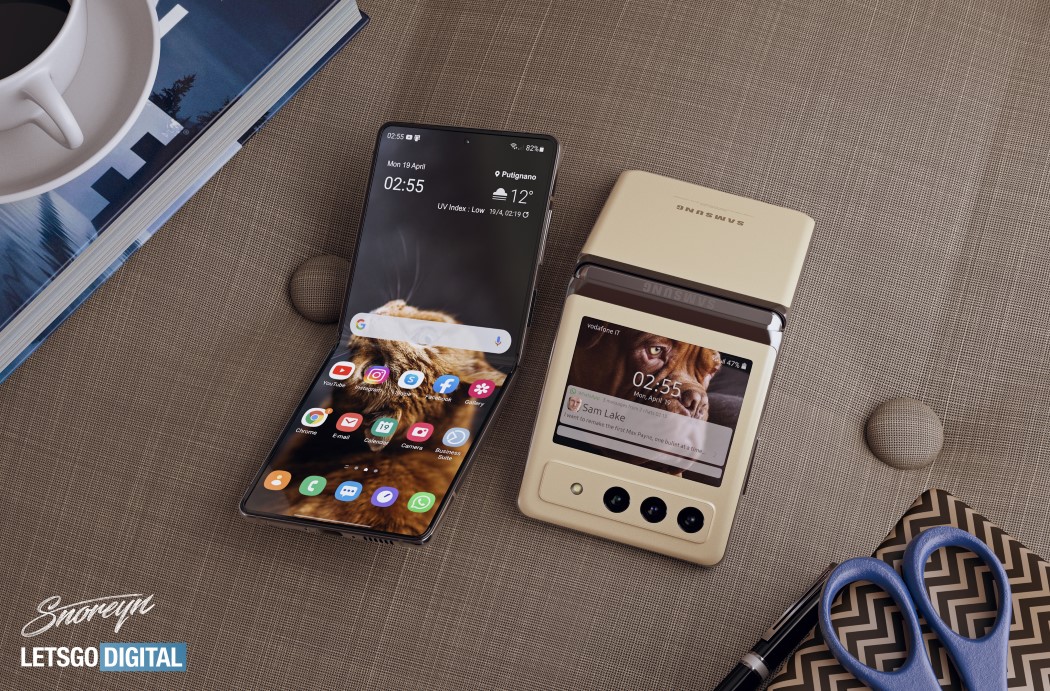 The thickness can often be a deterring factor for consumers. Aside from the visible crease seen in most folding smartphone screens, the thickness becomes a bone of contention between manufacturers and consumers. However, Samsung recently even registered a trademark for the term ‘Armor Frame’, implying a slimmer yet more durable outer body. This would effectively make newer devices slimmer than their older counterparts, hopefully ‘slimming’ the gap between regular smartphones and foldables. 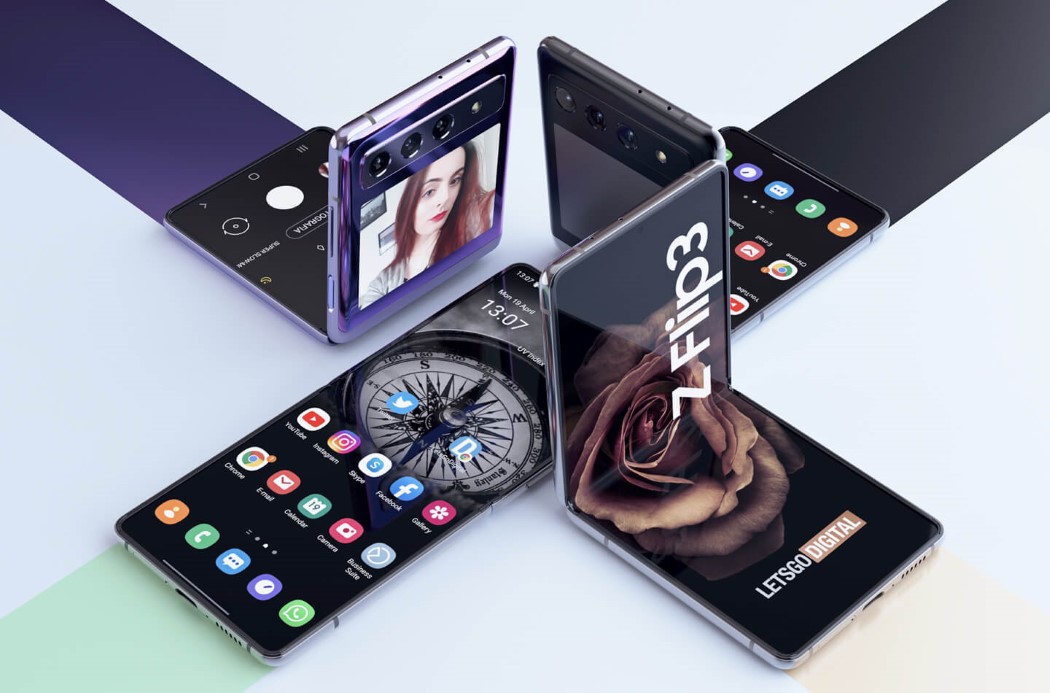 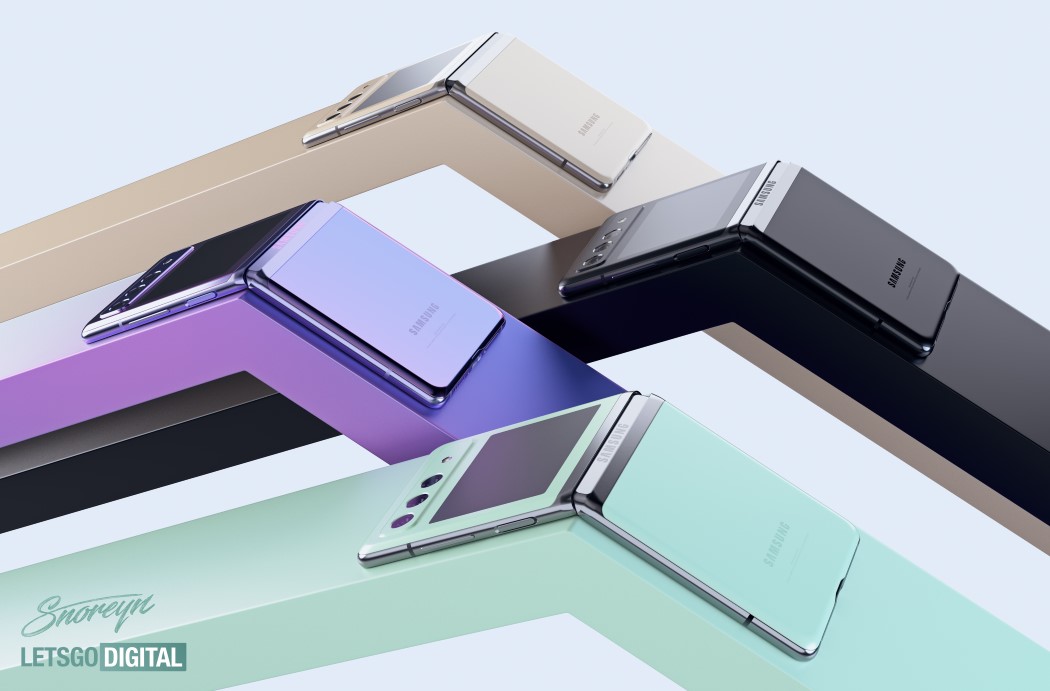 Some of the most interesting features of the Z Flip 3 include its small secondary screen, which actually works as more than just a notification center. Just like the Galaxy Z Fold 2, the larger secondary screen is touch-sensitive, and can be used when the phone is shut. You could potentially watch videos, navigate music apps, browse through notifications, and even use the screen as a viewfinder while clicking images with that stellar 3-camera setup. Another thing that makes the Z Flip 3 interesting is its format, which allows you to use it in an L-shaped mini-laptop mode. The vertically elongated screen may be great for browsing content or scrolling, but when split in half, provides ample real estate for media on the top, and a keyboard at the bottom. It would make sense for the Z Flip 3 to continue exploiting this feature. Moreover, the Z Flip 3 could even feature virtual buttons, as suggested by Spinelli and LGD. This essentially boosts functionality and makes it easier to control volume without constantly having to reach the upper left corner of the phone. Samsung is slated to debut the Z Flip 3 at its Galaxy Unpacked event in the summer of 2021, with as many as 8 different colors to choose from. 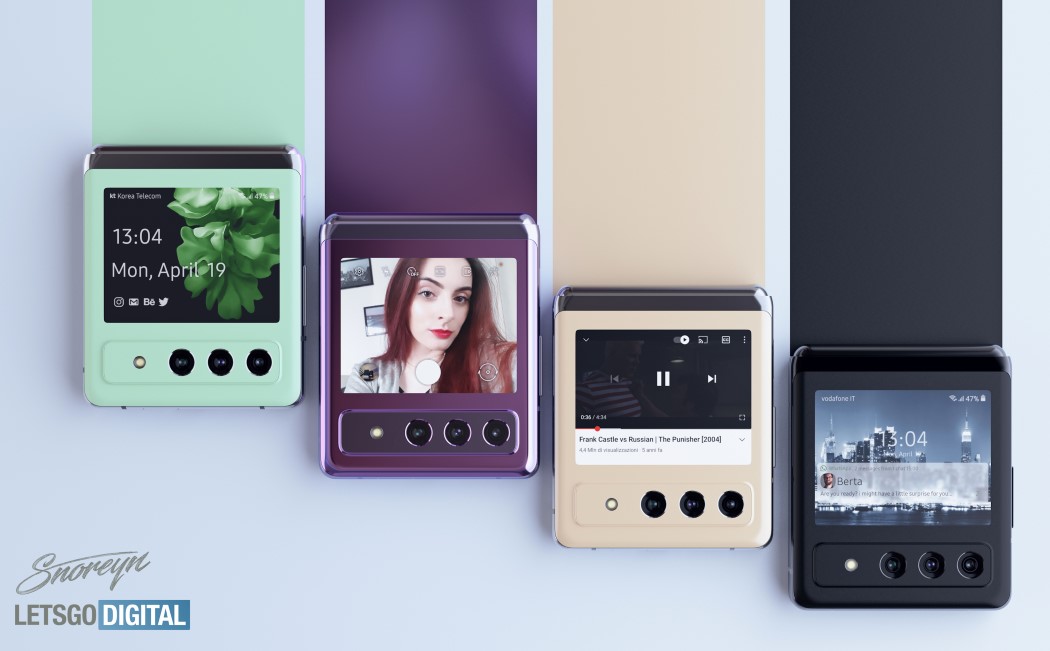 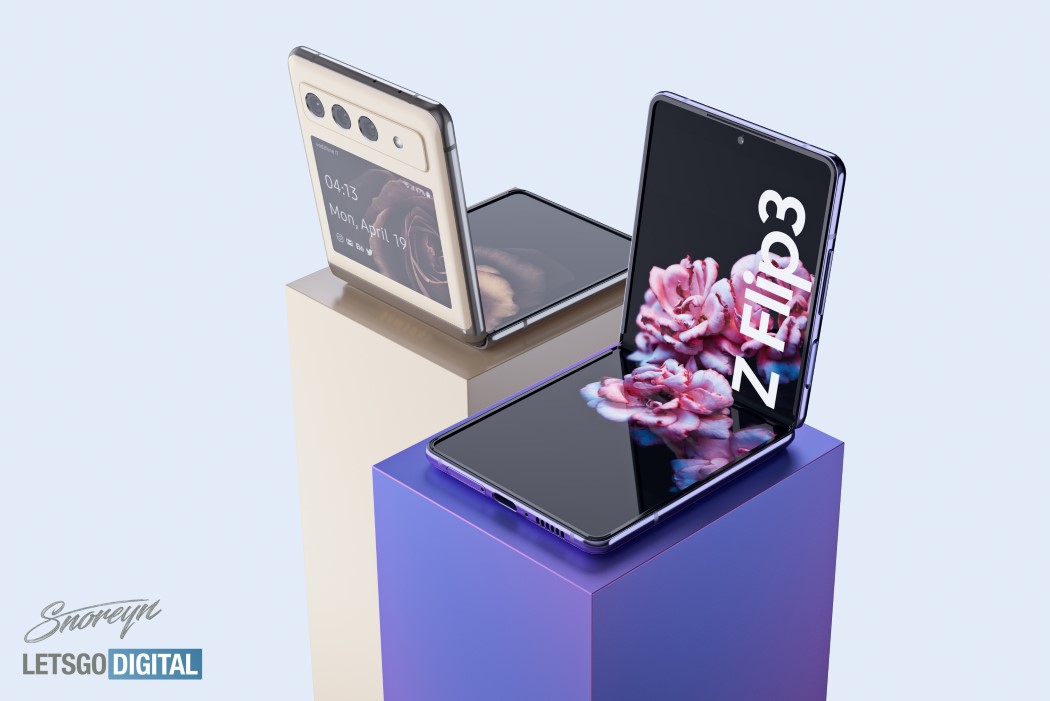 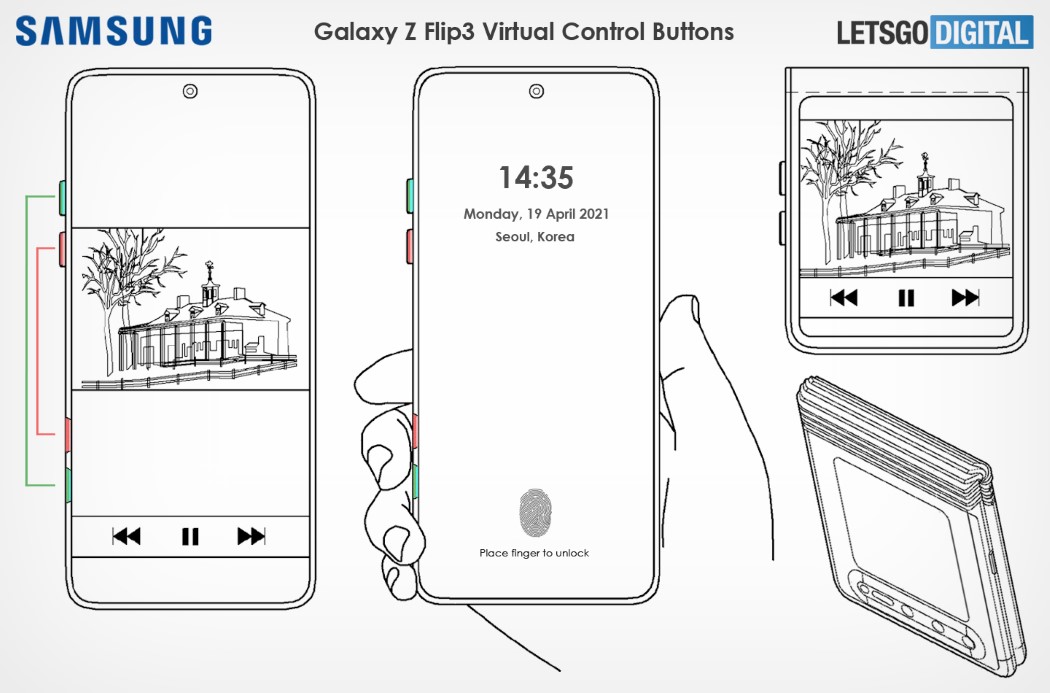 Even an Hourglass Goes High Tech

The Hourglass Lantern works like traditional hourglasses but turns the thousand year old tech upside down (literally) by using LEDs instead of sand. You can…

Fan-made world’s smallest portable Nintendo 64 console is literally the size of its cartridge!

Just in case you’re wondering… no, this isn’t the latest Nintendo Switch, even though it quite strongly resembles one. In fact, its predecessor isn’t even…

Designed specifically for the professional sports world, the Nike Coach is a digital tablet that works in tandem with a Bluetooth bracelet to monitor athletes’…