I’m reminded of a scene from Avengers: Endgame, when Doctor Strange ran 14 million alternate life-or-death strategies before cryptically signaling to Tony Stark that there was only one scenario in which the Avengers could beat Thanos and save the universe. While the ChessUp board isn’t that cinematic or dramatic, it works in a similar way, helping you defeat your opponent in a game of chess.

The ChessUp board augments your performance by constantly running millions of game strategies and presenting them all to you. Outwardly, it looks like just another chess-board, but sports a computer and a light-matrix under the board’s hood. During gameplay, the board lights up to help you decide which move to make. The ChessUp’s main aim is to build out your strategies, allowing you to become a chess virtuoso regardless of your experience level. The smart chessboard is powered by the Stockfish open-source chess engine, an AI that can see the future and pan out multiple parallel strategies in mere seconds. It’s capable of plotting out extremely detailed game-plans, taking piece movements, sacrifices, and multiple checkmate scenarios into account, providing you with a winning strategy. The chess board comes with a backlit checkered surface, and controls on the side that let you control the amount of assistance the board’s AI gives you. Designed so that two players can simultaneously learn and play, the ChessUp board uses light-up tiles to help you figure out strategies. The tiles light up to show you every move you can possibly make, outlining bad moves in red, average moves in blue, and great moves in green. The board refines and adapts your strategy as you go, taking you right till the point where either you or your opponent lays out the final checkmate move.

The board unlocks multiple playing styles, letting you either play mano-a-mano, against a computer, or even against another online player. Over time, you can master popular strategies like the Queen’s Gambit, Sicilian Defense, or the King Rook Endgame to defeat your opponent. To enable online playing, the ChessUp board comes with a companion app that lets you virtually play games against millions of other players on lichess.org, a free online chess server for people of varying skill sets. You can even make things more interesting and fast-paced by playing a game of Blitz Chess, where the board automatically times your moves by calculating the intervals between each player’s turn.

Each ChessUp board comes powered by the latest version of the Stockfish AI. Along with its controls, the board measures marginally larger than your average chess board, and has a built-in 2600mAh battery that gives you 12 full hours of gameplay. You can even upgrade your ChessUp to include a velvet pouch for your chess pieces, a mobile stand for playing online games, and even a tote-style carrying bag for your entire ChessUp kit. The kit’s perfect for all skill-levels, and all you really need is an interest in learning the game and honing your strategic approach. The internal AI assists you in developing sound strategies, realizing how to lose battles but win the war, and really perfect your ability to make decisions that have a long-term impact… so you don’t necessarily have to kill your king to defeat Thanos! 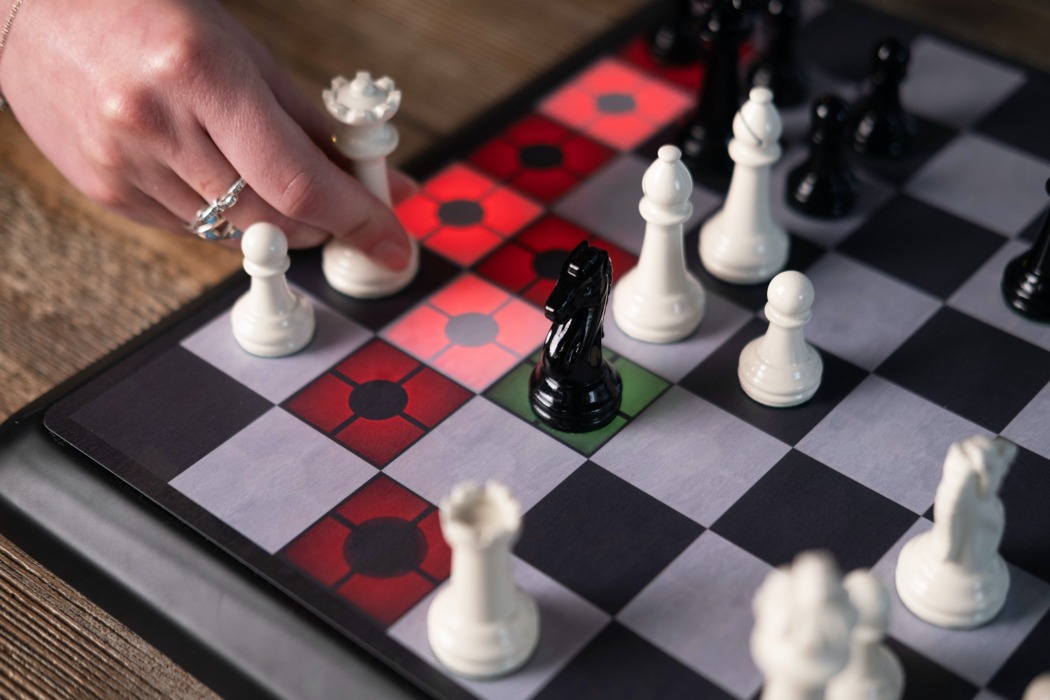 The ChessUp is a connected chess board with a built-in chess instructor that lights up all possible moves according to strength.

Imagine learning how to play chess from the best chess engine in the world. Picture sharpening and fine-tuning from the grandest of chess masters. Now you can. ChessUp is your chess coach, analyst and fierce opponent all rolled into one. 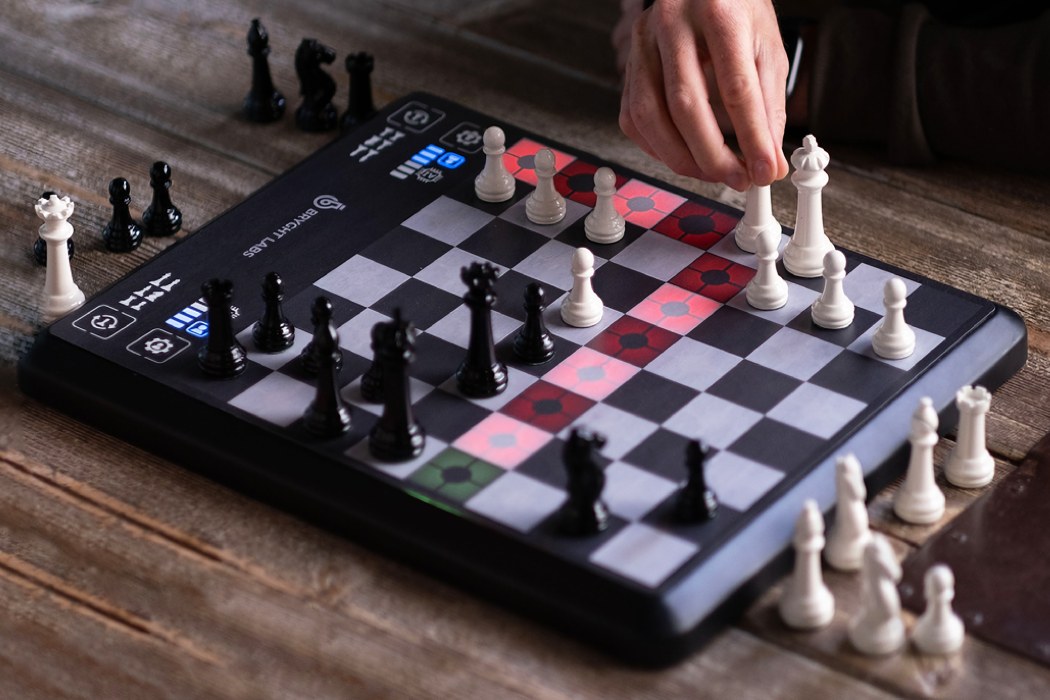 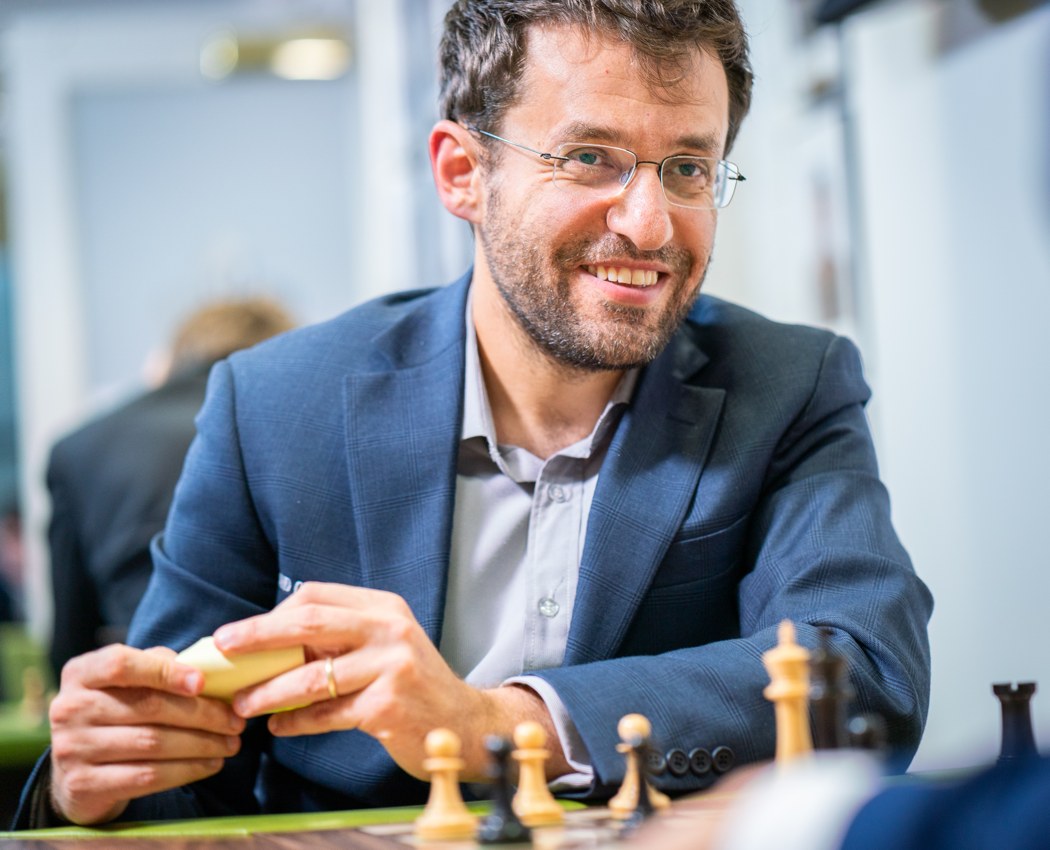 Team ChessUp is partnered with one of the world’s most brilliant chess players—Super Grand Master, Levon Aronian, who will be joining the team as their Chess Advisor and Ambassador. Levon is a perennial top 10 player in the world, two-time winner of the Chess World Cup and holds the distinction of being one of only 4 players ever rated 2830. 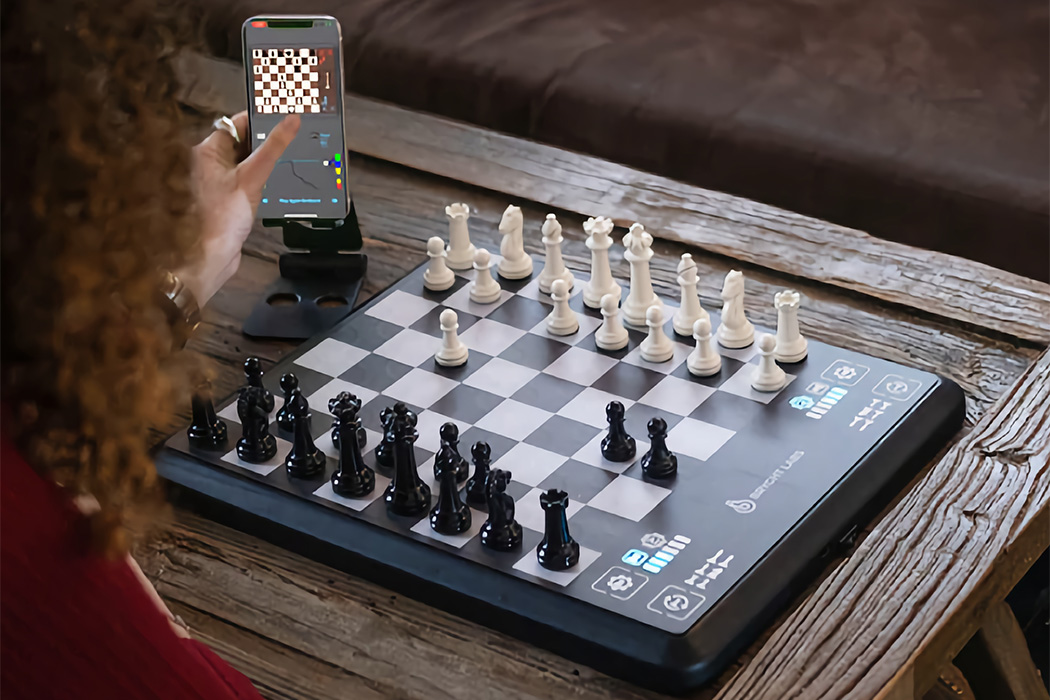 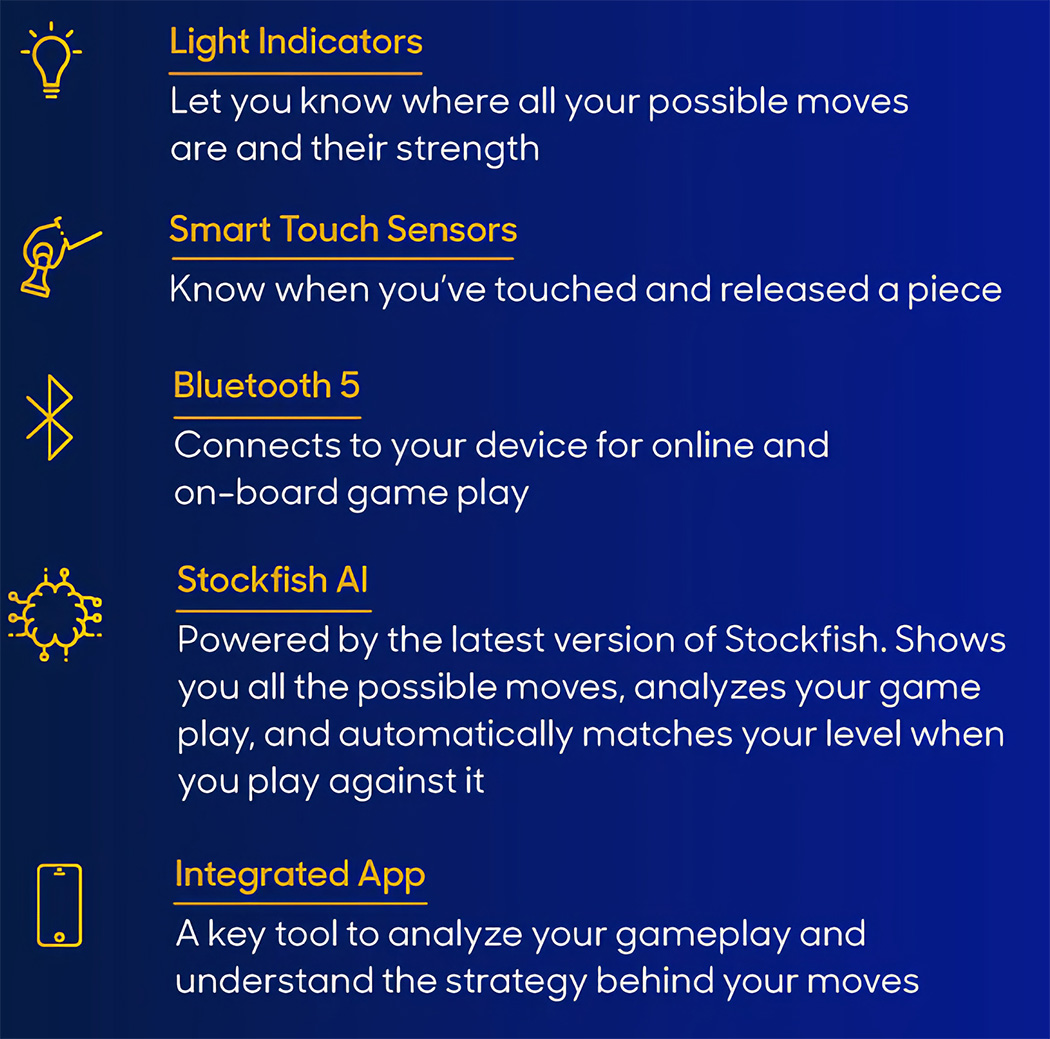 How Does It Work?

Learn as you play. When you touch a piece, potential moves are highlighted in up to 3 different colors, each representing the quality of the move. 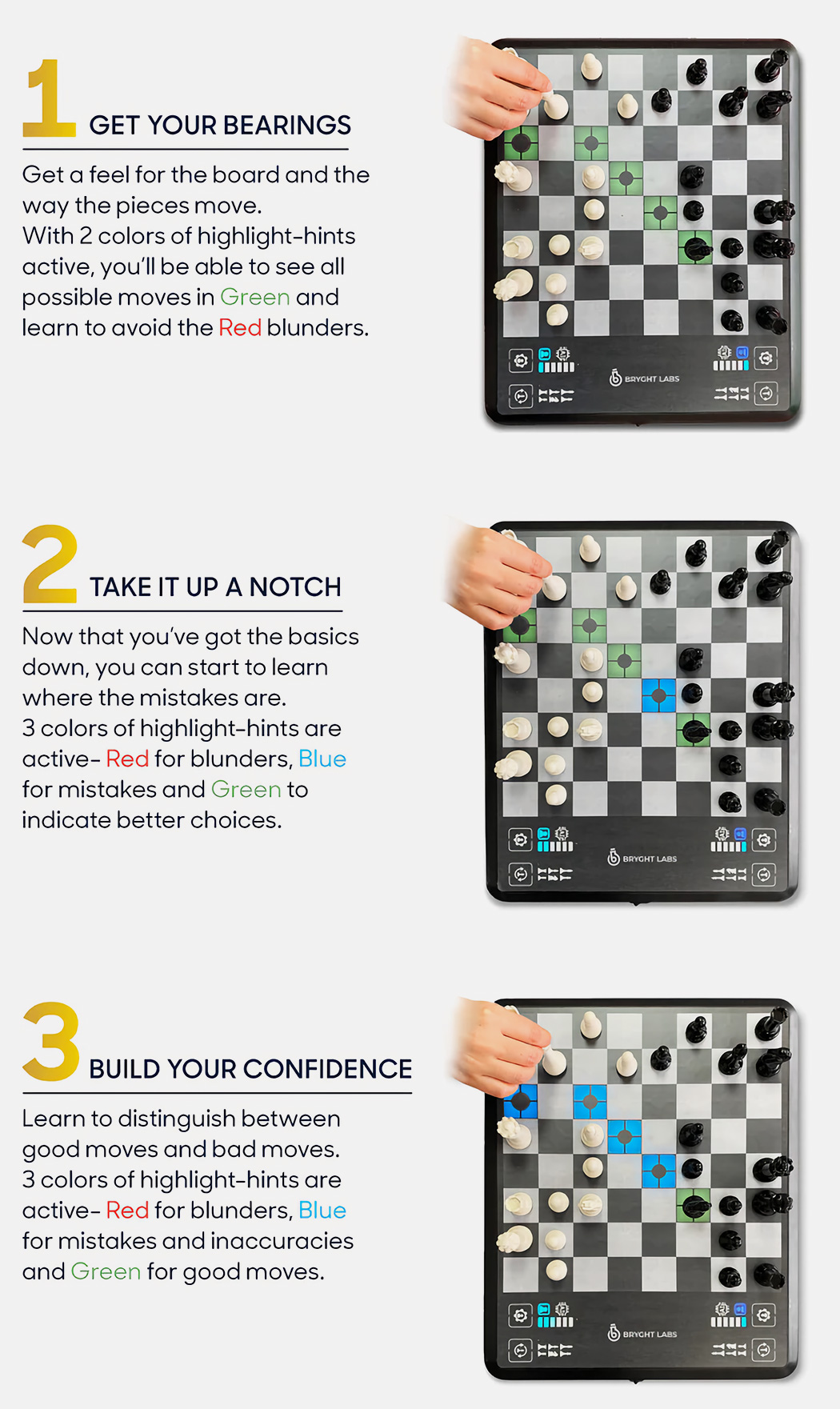 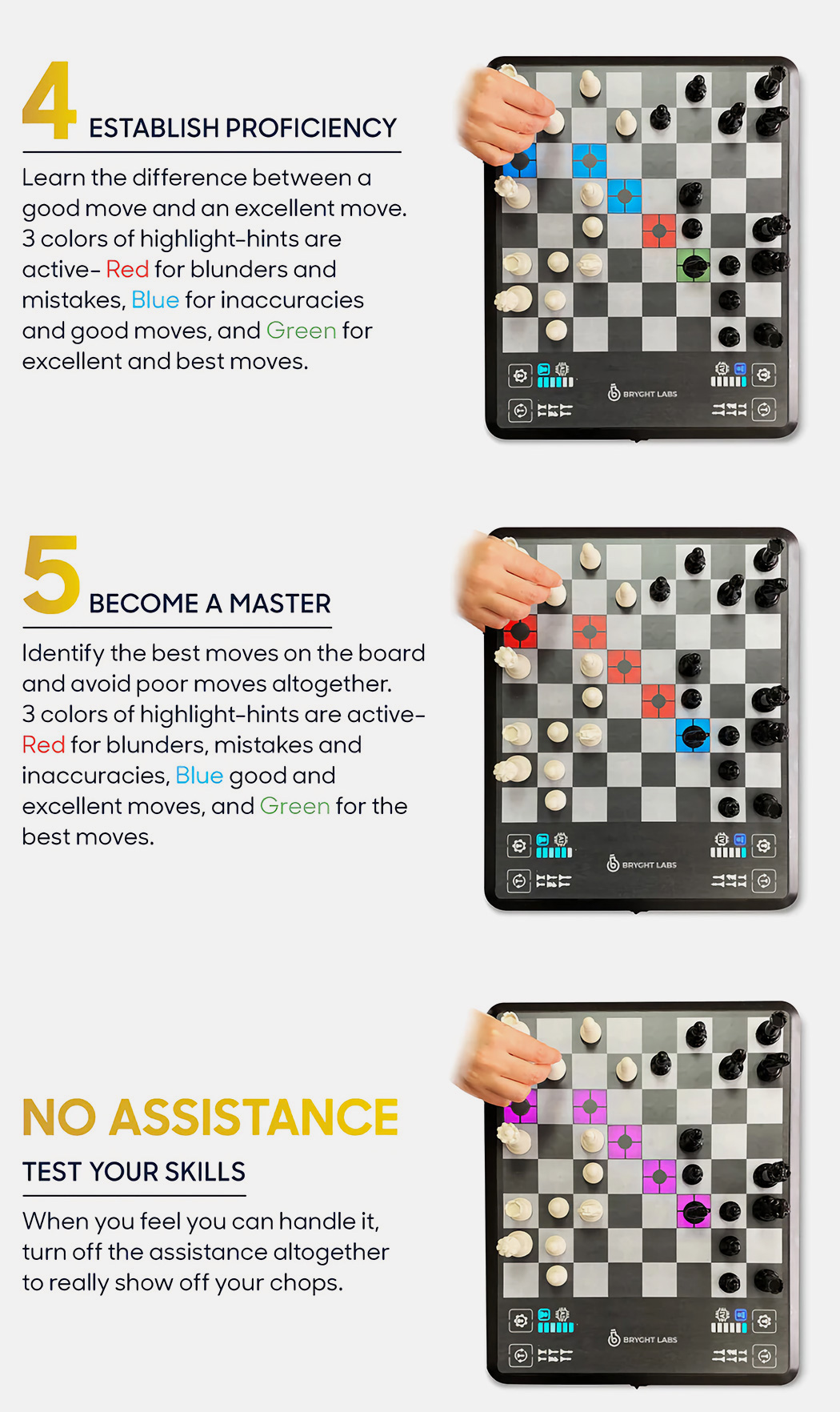 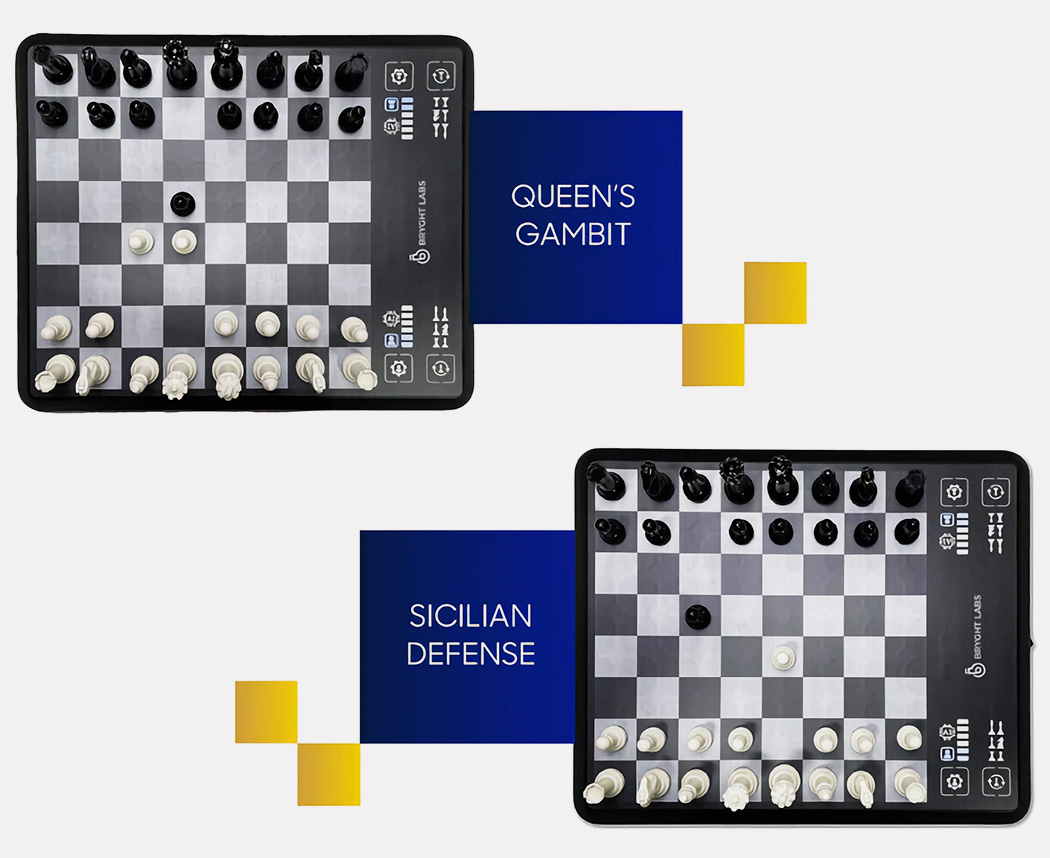 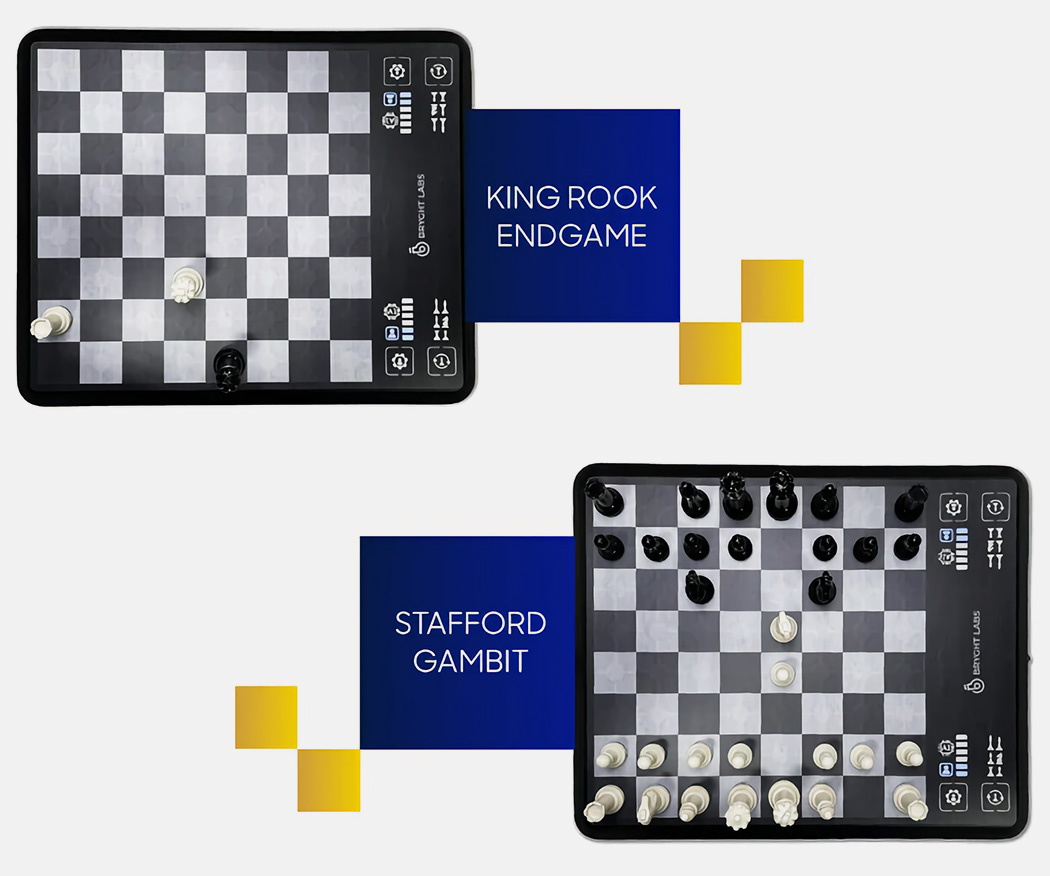 Play the Board, Play Online or Play with a Friend 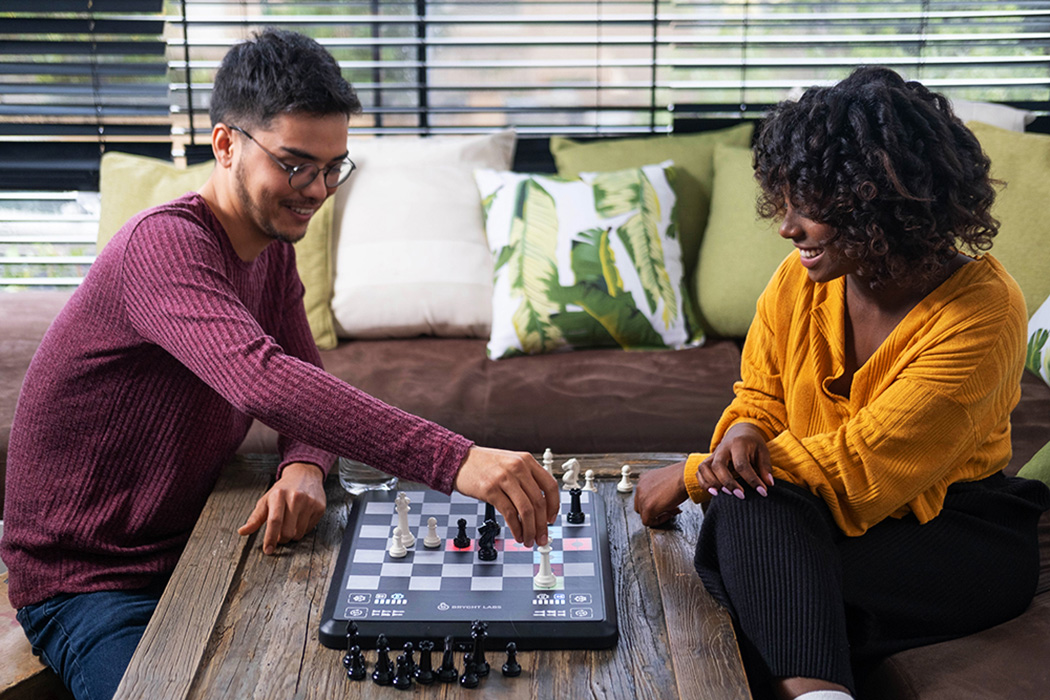 Sharpen your skills by playing against the board’s proprietary AI using adaptive training. As you level up, the computer gets tougher, but so does your built-in AI coach. So you can practice strategy and memorize different scenarios. 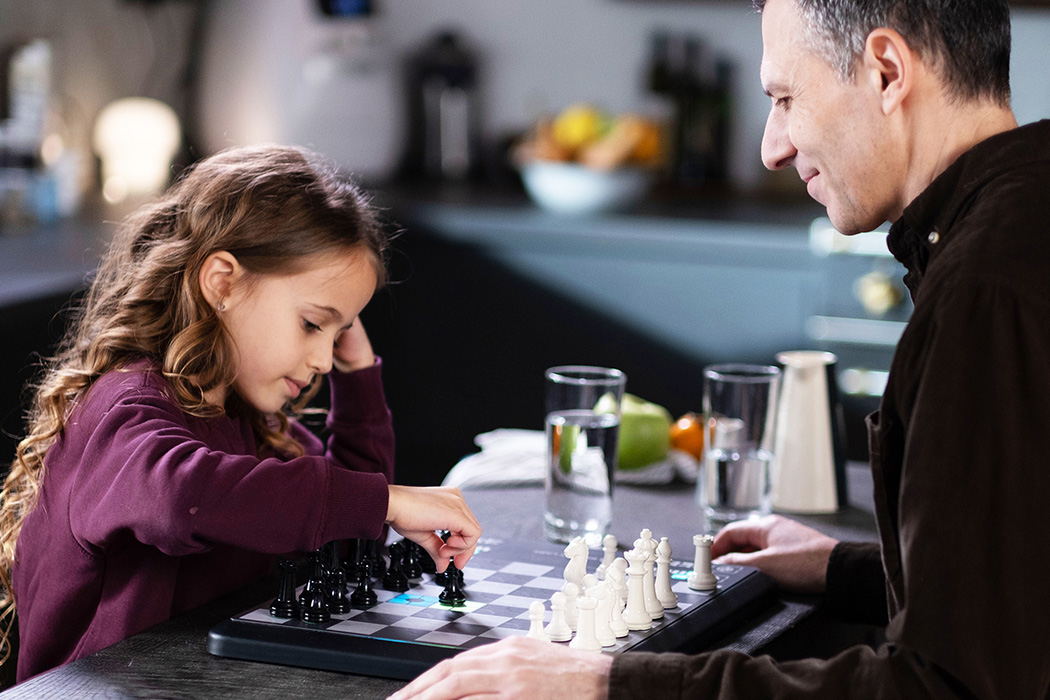 Connect with opponents online with instant matchmaking. ChessUp’s app matches you with people in your skill level so every game is fair, fun and challenging. Or play a ranked game, where the assist will be disabled… obviously. ChessUp integrates with lichess.org – home to millions of chess players worldwide of all skill levels.

Challenge a friend to a game of blitz chess without having to worry about dealing with a timer. The ChessUp app recognizes when you’ve put down a piece and automatically ticks the timer for you. You just need to focus on crushing your opponent.

Made a move but don’t fully understand why it was good, bad or excellent? Press the “learn” button in the app to learn more about your moves and the strategy behind them. 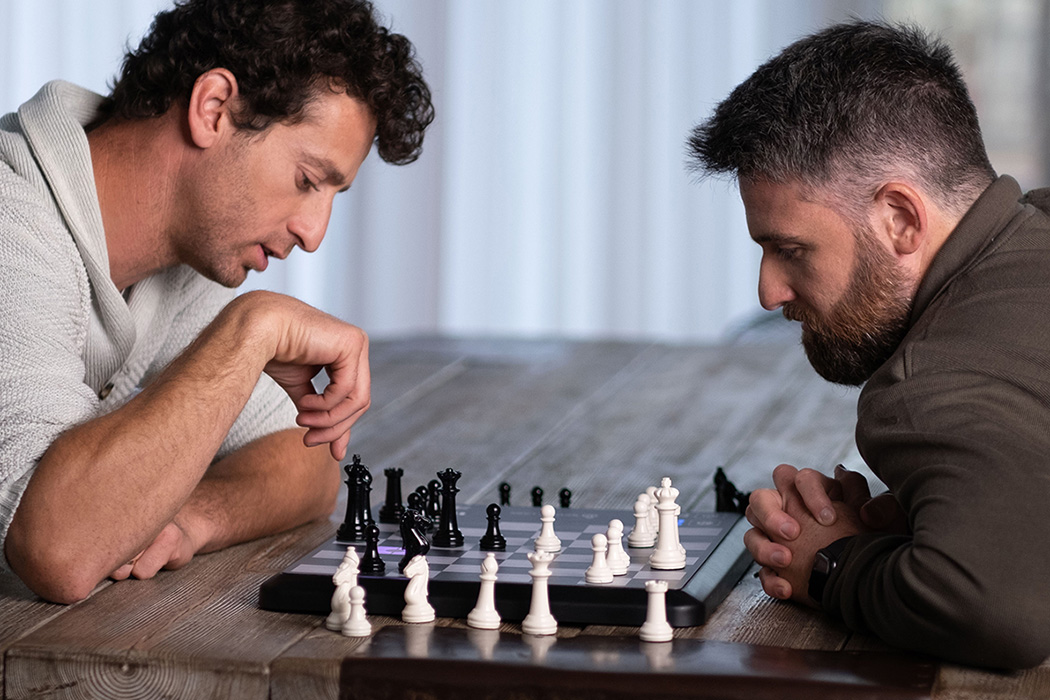 I am not a golfer but been raised by golf enthusiasts who took me to the golf course at every given chance. So I understand…

As a sufferer of extreme carsickness, I’d do just about anything to make it stop… including zapping myself with electricity! This is essentially how the…

A Literal Twist on the Flashlight

Douglas Cushing’s concept twists the archetypical flashlight on its head quite literally! Designed with a desire to stray away from the predictability of current products,…

10 innovative yet handy products designed to boost your productivity!

In today’s day and age, we don’t have a lot of free time on our hands. We, especially, need products that help us complete our…