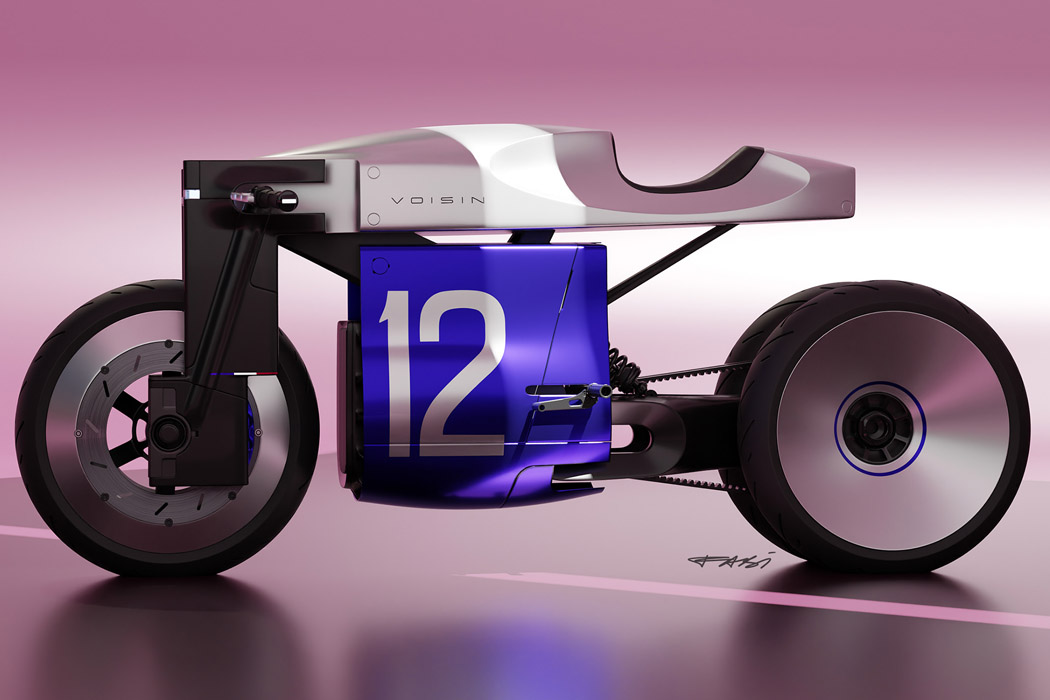 When you lay your eyes on a motorcycle and can’t take them off it, then you surely know it is something out of the ordinary. Such are the sharp aesthetics of the Voisin Motorcycle Concept by Andrew Fabishevskiy that you instantly daydream about riding this elegant beast. It does not have any lineage to the Avion Voisin brand or any of its vehicles, still, it has that Fatboy character that is perfectly mated with the edgy lines and cuts of the cafe racer design.

Voisin motorcycle promises a supreme level of riding stability thanks to its dual rear wheels sliced by the swingarm, and the reinforced metal frame design strengthened by the dual suspension setup on the rear. While you could technically call it a trike (since it has three separate wheels) still it is a bike at its heart and soul, as the wheels are sandwiched close together. The leaning forward seating position gives the ride a very sporty appeal, and its front, as well as the rear, gives Voisin that futuristic appeal, perfect for a sci-fi flick.

The light silver and blue theme make this cafe racer ooze with a sense of style on wheels – ideal for a GP circuit skirmish. Since it is that futuristic, it has to be an electric drivetrain two-wheeler – although the designer doesn’t detail in on any of the technical or design specifications – we’re free to let our imagination loose and drape this impressive concept in our own version. So, what’s your take on this future-forward two-wheeler? 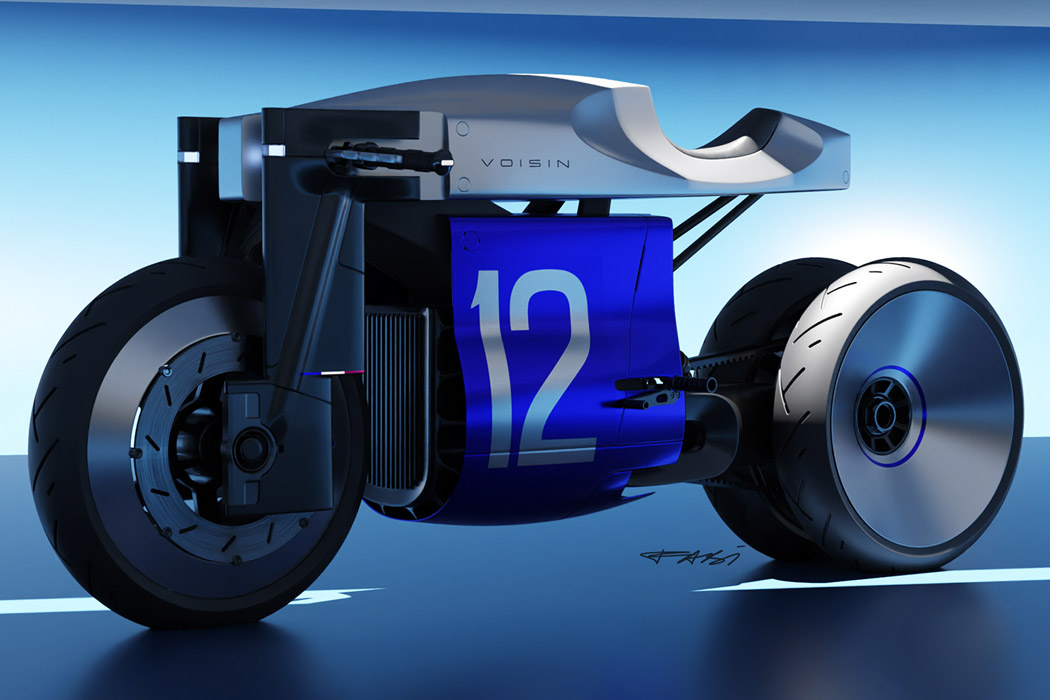 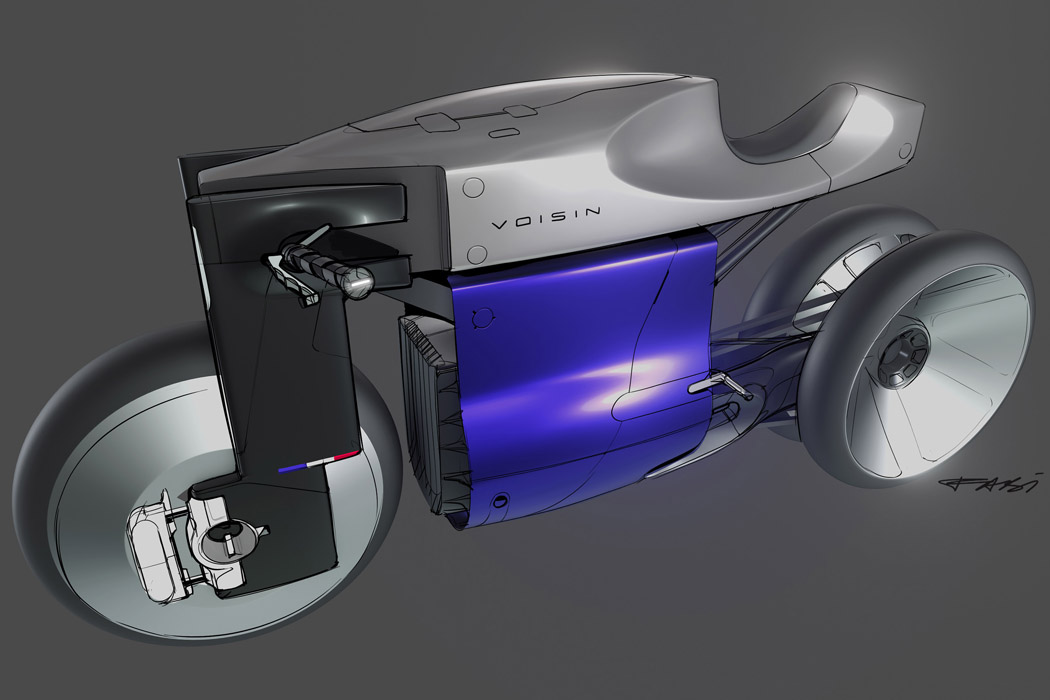 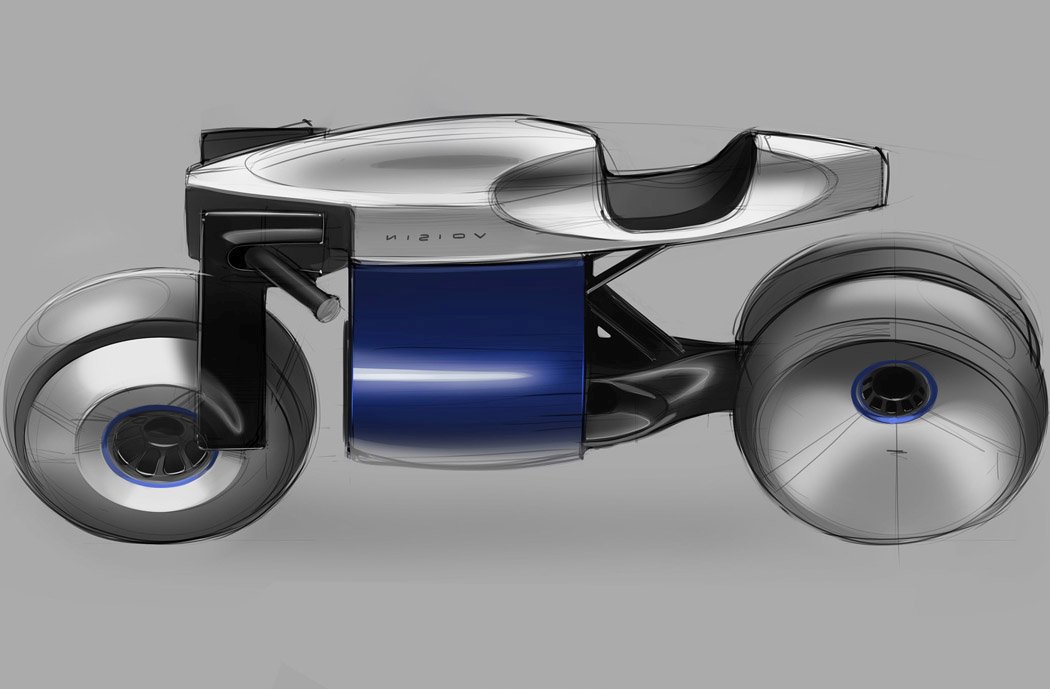 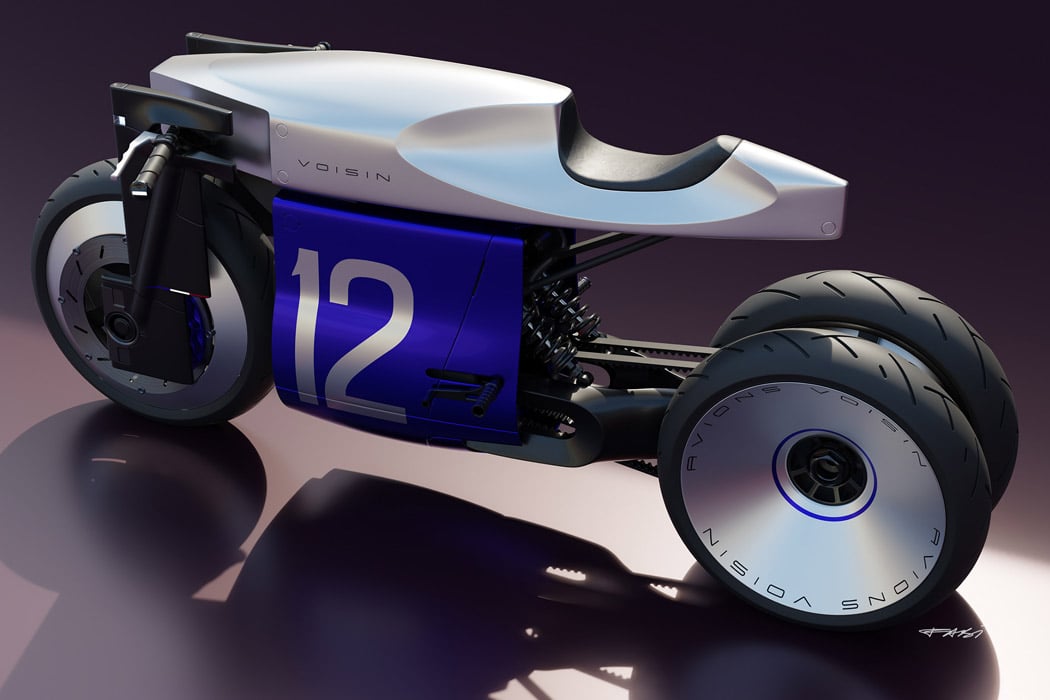 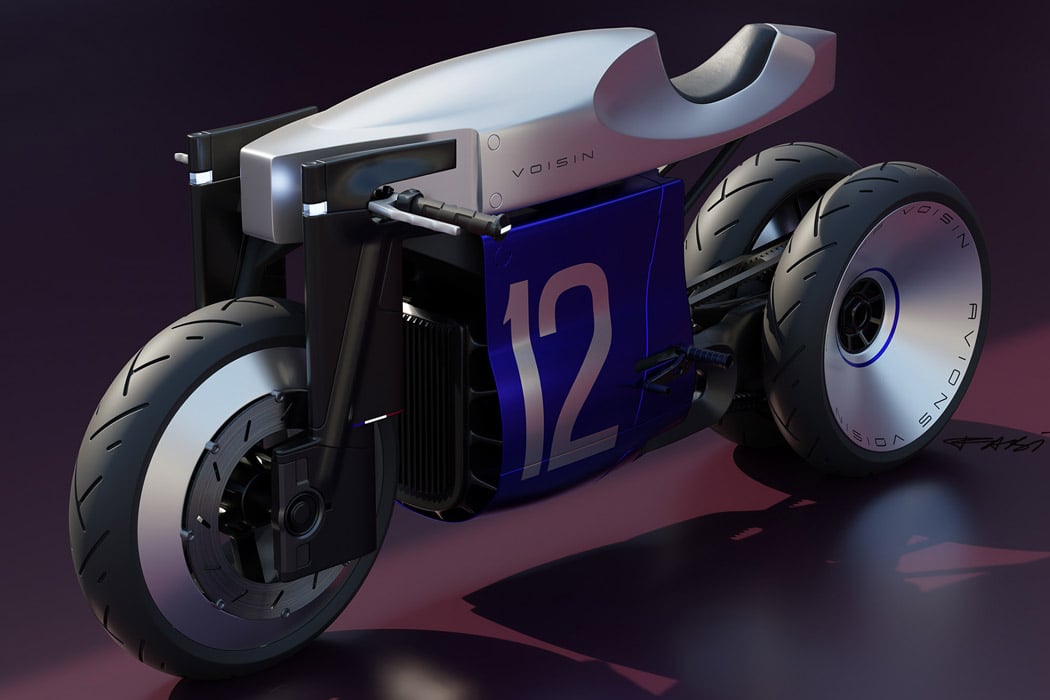 Claiming he was tired of ‘electronic-looking electronics’, Shane Chen designed what one might consider an awakening for the tech industry. Taking inspiration from an iconic…

Gotta love the craftsmanship of this woodwork! Los Tres Juanes’ dedication to the perfection of their signature woodwork shines in their Mudejar art inspired coffered…

There is something both mystifying and unnerving about a beautiful shelf that seems to be staring back at you. Shelves are often used as a…

Blu is a modern musical instrument that draws inspiration from the keyboard, re-imagining keys in a modular and flexible way. Much in the same way…