Airo Collective’s Stealth Wallets make claims that are hard to ignore. They’re touted as the slimmest bifold wallets in the world… and they’re stronger than steel.

Meet the Stealth Carbon and the Stealth Diamond, two of the thinnest, lightest, and strongest bifolds ever made. Designed to combine cutting-edge aesthetics with cutting-edge functionality, the Stealth wallets do everything your regular wallet does, but just better. They hold your banknotes (using a ballistic bungee), store up to 8 cards, secure your money with RFID-blocking, and look stunningly sleek all along. Besides, they’re made to last longer too, given how incredibly strong the material they’re made from actually is.

The bifold remains the most traditional wallet format (my dad’s bifold wallet is more than a decade old), but it’s still plagued by the age-old problem of becoming too fat and bulky over time. Aside from being a visual problem, these bulky wallets cause physiological damage when you sit down, and even stand the risk of tearing the notes inside. Designed as a much-needed upgrade, the Stealth Wallets retain the old, lovable bifold format, but bring innovation by using slimmer, lighter, and stronger materials. The wallets feature anti-abrasive fabrics on the outside that are 15 times stronger than steel, yet remain as flexible as any regular leather. The inside of the wallets are lined with premium Italian leather for that classy touch, and the edges are further secured with Airo’s proprietary Diamond Nano-Armor coating for an increased lifespan. Each wallet is made in the USA, and comes with a 5-year craftsmanship guarantee against any defect or damage. 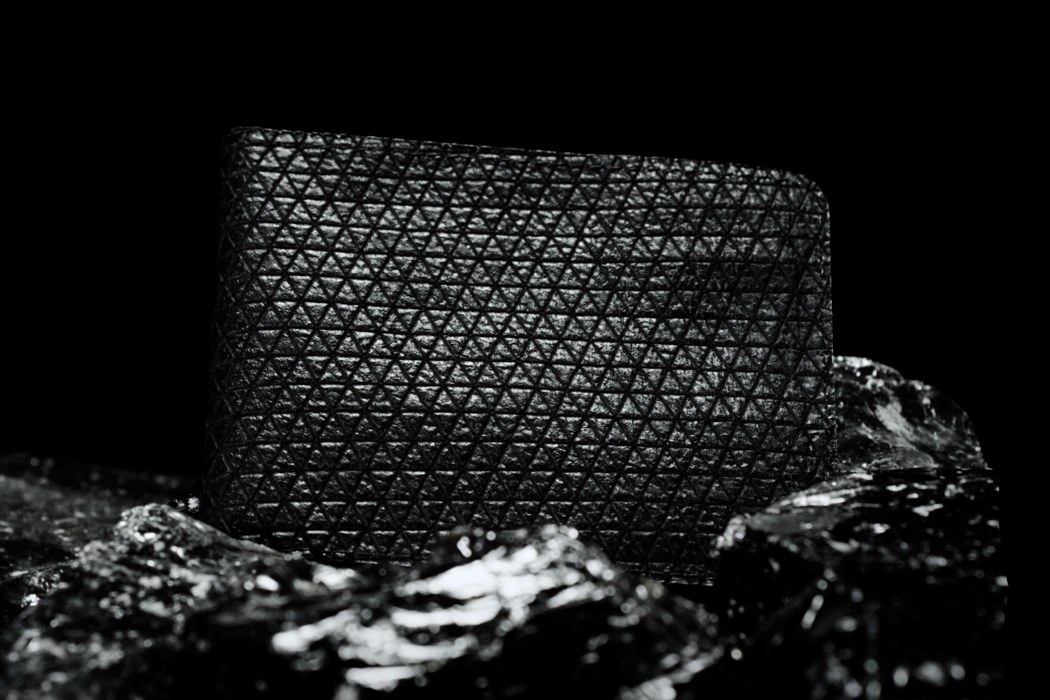 Last year, Airo Collective launched the world’s thinnest wallet — the Stealth Razor. It uses a material 15x stronger than steel, was as thin as a razor (literally), and after raising over $600,000, they successfully delivered over 12,000 wallets.

Now, they are back with two new, upgraded, luxury, ultra-thin Stealth Wallets boasting the highest quality, strongest materials on Earth — the Stealth Carbon and the Stealth Diamond Wallet. 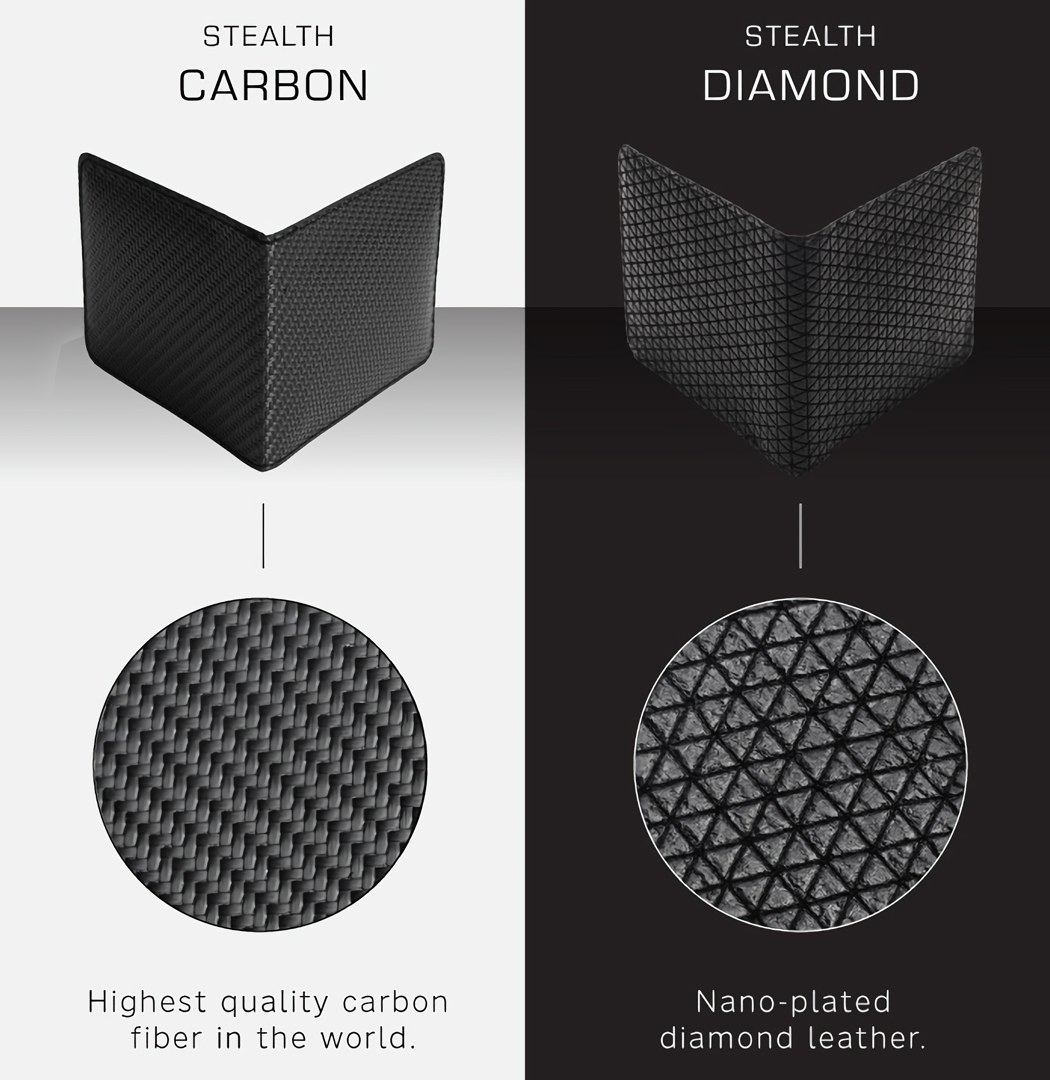 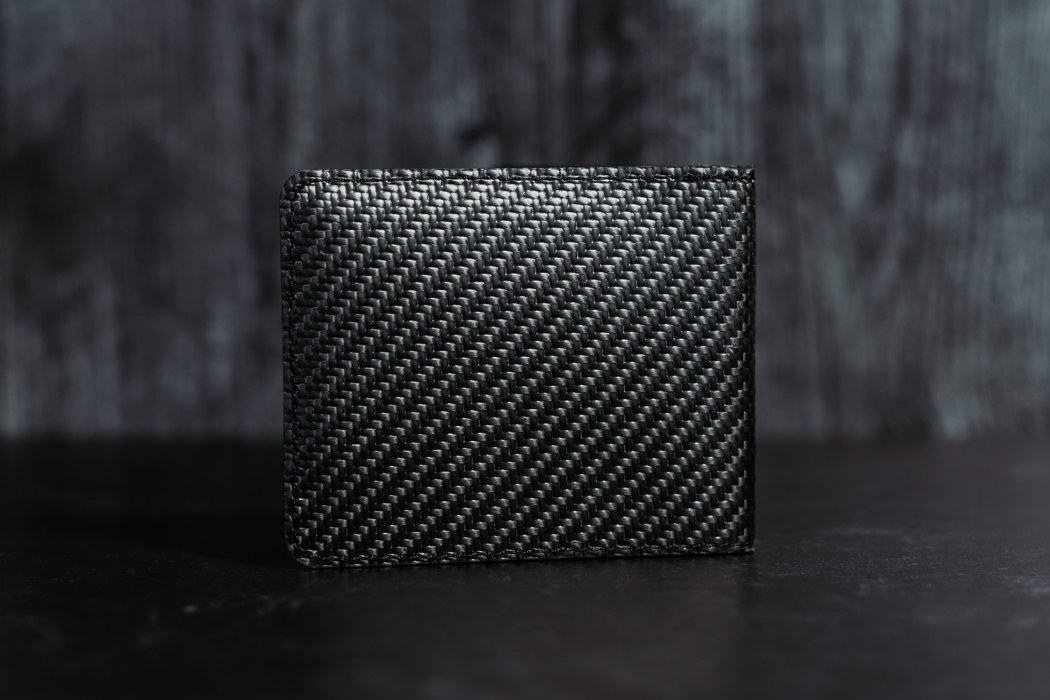 Stealth Carbon is extremely lightweight and incredibly durable. The exterior TPU-infused 3K carbon fiber weave uses the highest quality carbon fiber in the world. Carbon fiber has been used before—in supercars and race cars — but never in a design near this slim. The carbon fiber is specially woven to ensure flexibility and durability and can withstand hundreds of thousands of flexes in its lifetime. 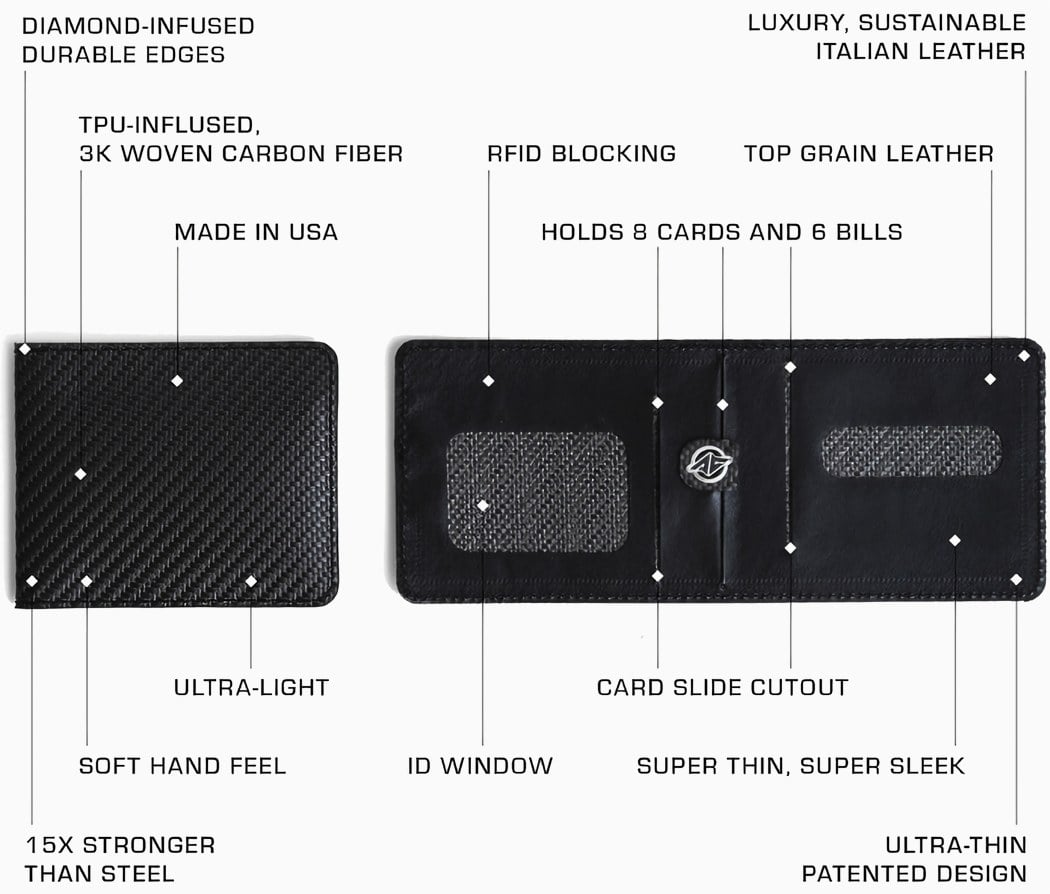 Hold up to 8 cards and 6 bills securely and easily without creating a bulge in your pocket. The two card slots hold up to 4 cards each. 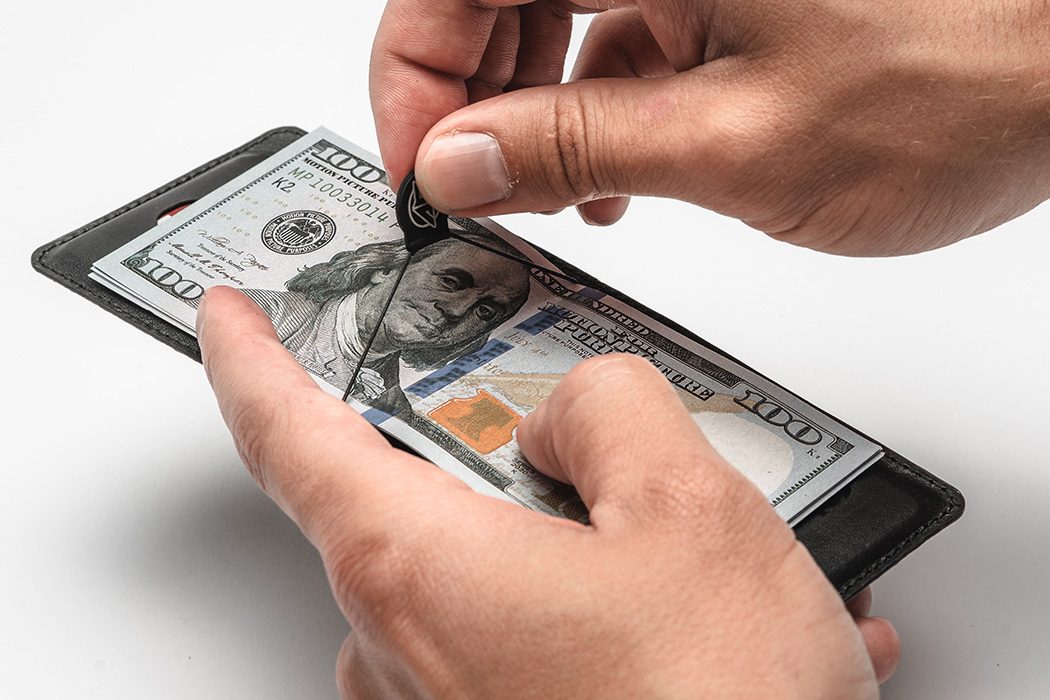 A durable ballistic cash bungee is a modern improvement of the money clip. The pull-tab keeps your bills from ever falling out. 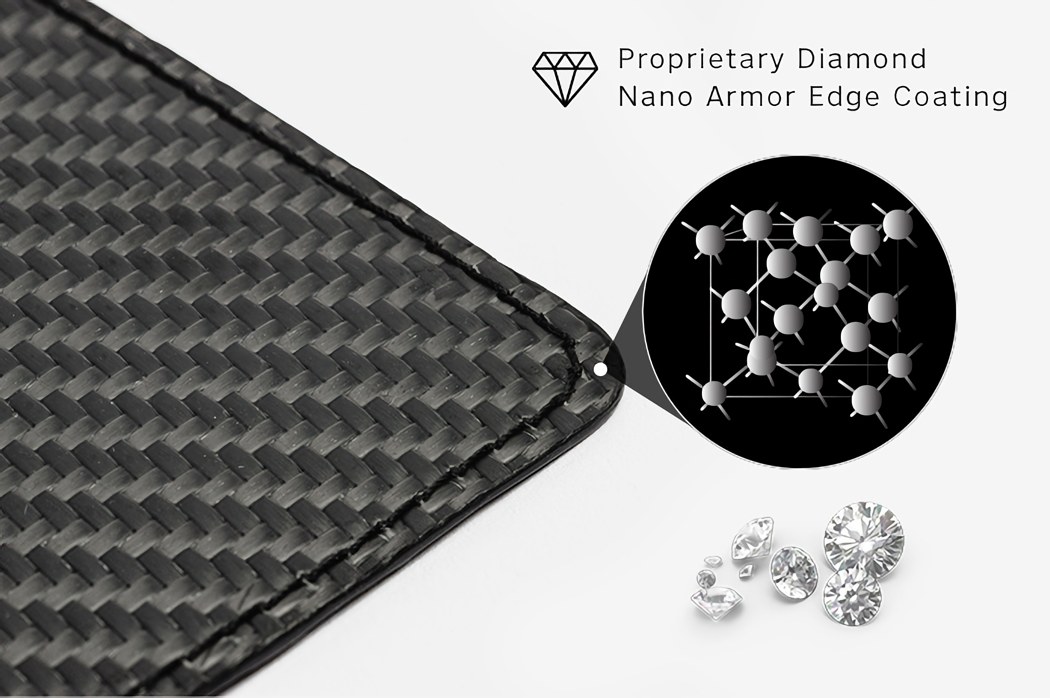 The proprietary DNA (Diamond Nano Armor) Edge Coating protects the edges and keeps Stealth Carbon looking clean forever. Made of a special infusion of actual micro-diamonds (the hardest substance on the Earth), the coating is specifically formulated for maximum strength and durability. Stealth Carbon will stay STRONG for ages to come and will never fray at the edges. 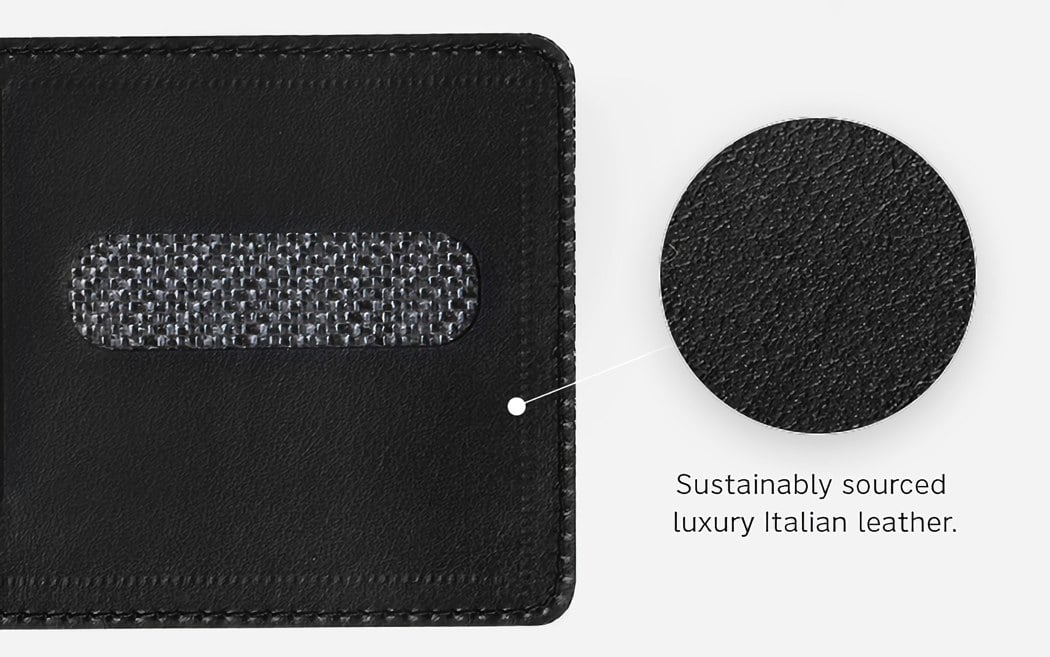 The interior layer is made of sustainably sourced premium quality Italian leather fused to fibers that are 15x stronger than steel. This ensures Stealth Carbon will never stretch and will always maintain its shape. 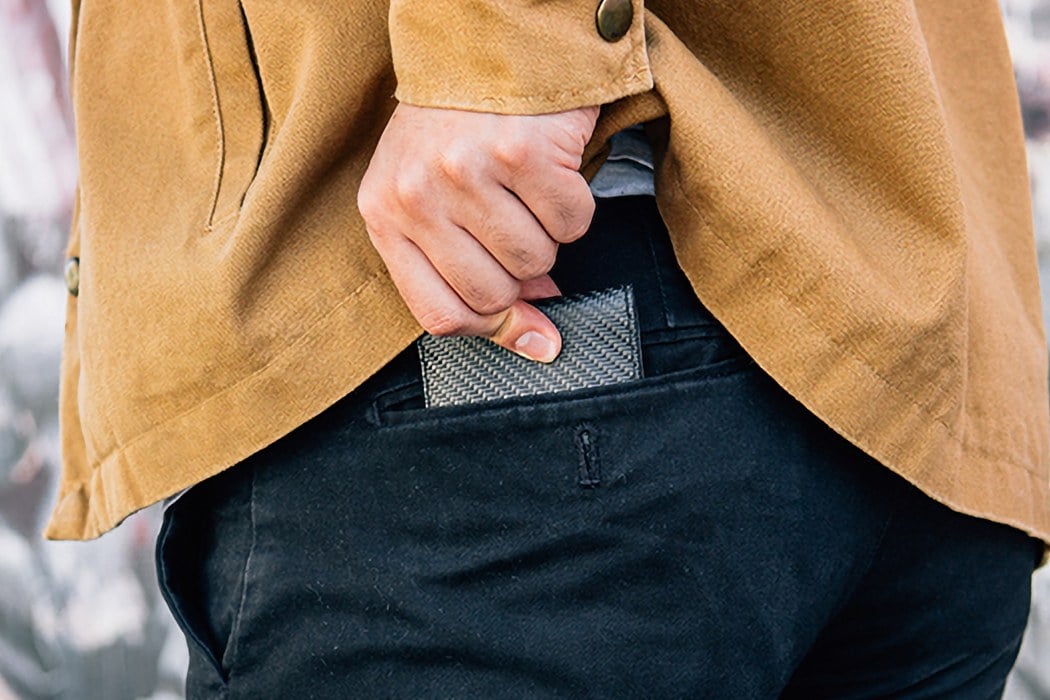 Eliminate back pain caused by bulky wallets. Stealth Carbon is ultra thin, so it won’t bulge out of your pocket or cause stress marks on your pants and jeans. 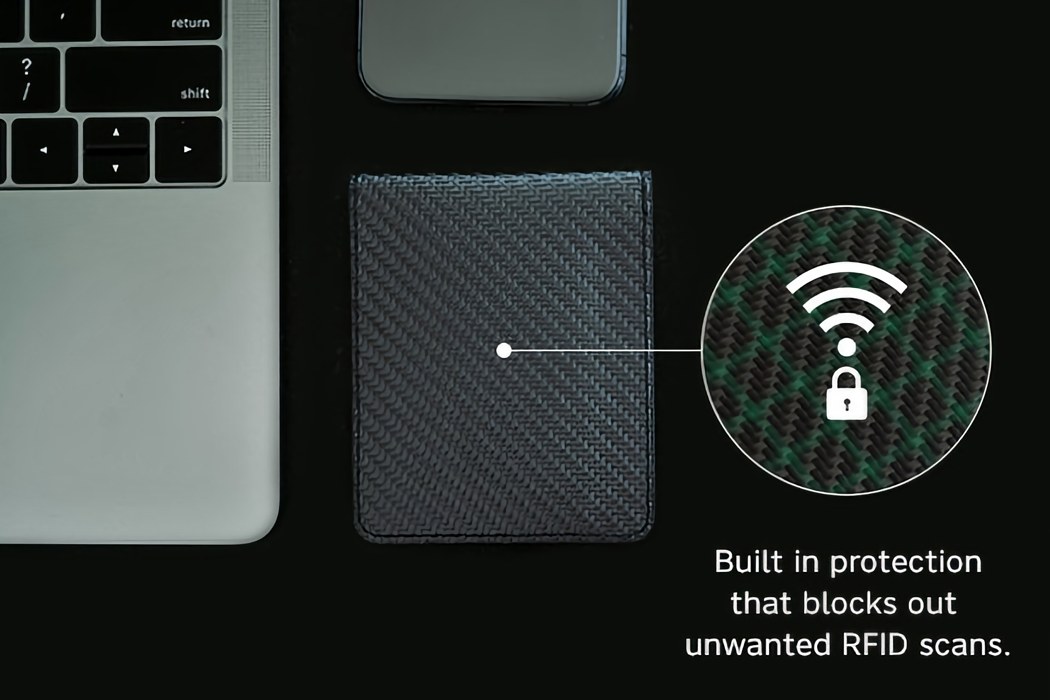 The carbon fiber in Stealth Carbon intrinsically blocks out unwanted RFID scans. This protects your payment data and prevents any unwanted transmissions from your cards — all without disrupting the speed of use or thickness of the wallet. Plus, it looks pretty darn incredible.

The Stealth Diamond has the same thinness and features as the Stealth Carbon but utilizing the toughest leather in the world. 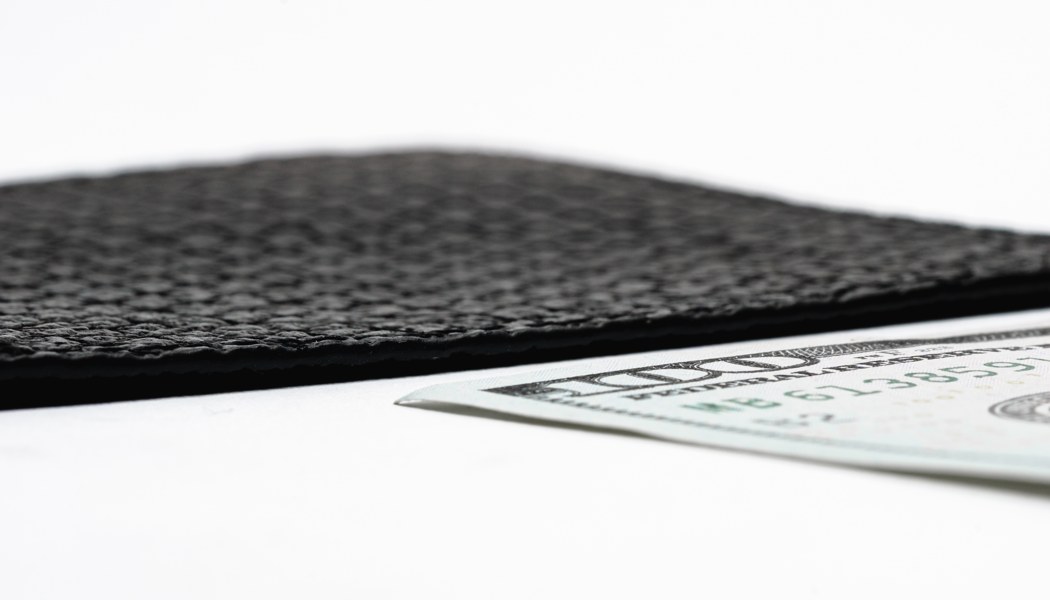 Stealth Diamond is made of sustainably sourced, heavy duty, top-grain performance leather stitched and fused with a thread that is 15x stronger than steel. 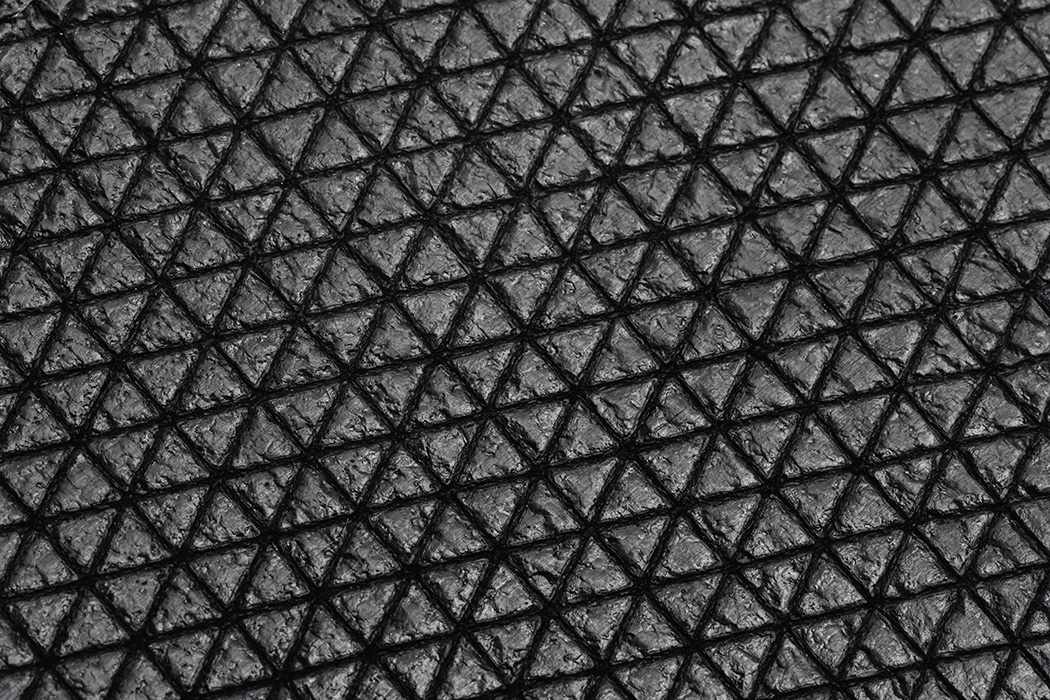 The special nano-armor plating with a diamond pattern powerfully enhances the leather’s abrasion resistance and makes it exponentially more durable than normal leather — all without compromising flexibility. 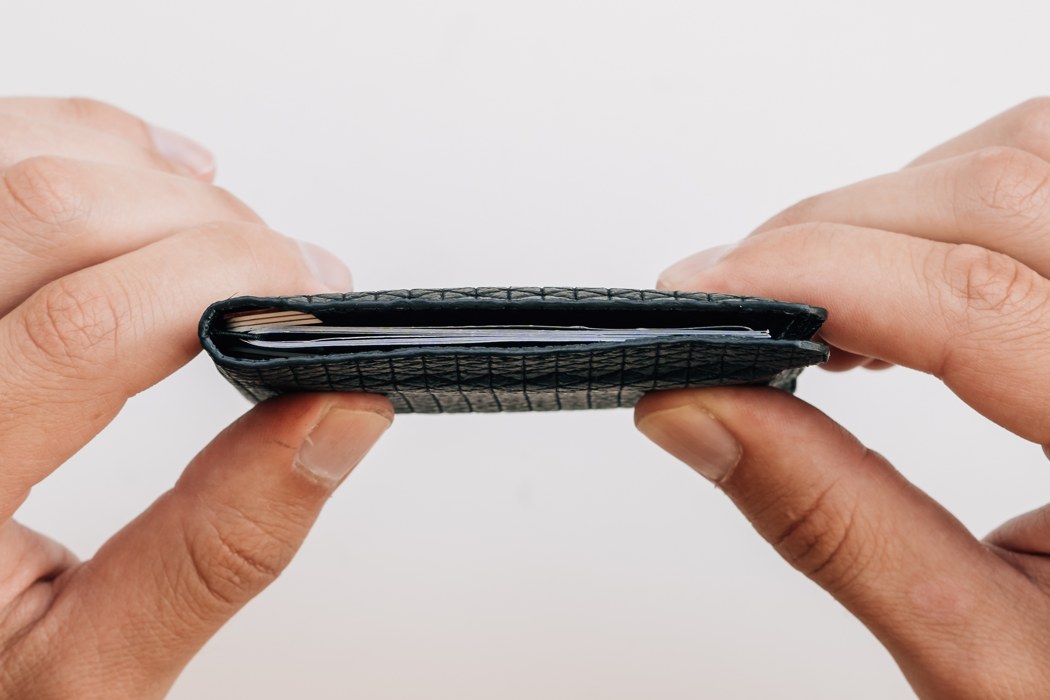 Most people have made the transition to paint-rollers because paintbrushes have been reliable… till a certain point. Dripping paint is a nasty business and getting…

This memory safe lets you both display your digital photo reels and keep your physical memories safe!

I like the idea of taking a selfie. What I don’t like, is that elongated arm of mine stretching out of the frame of the…