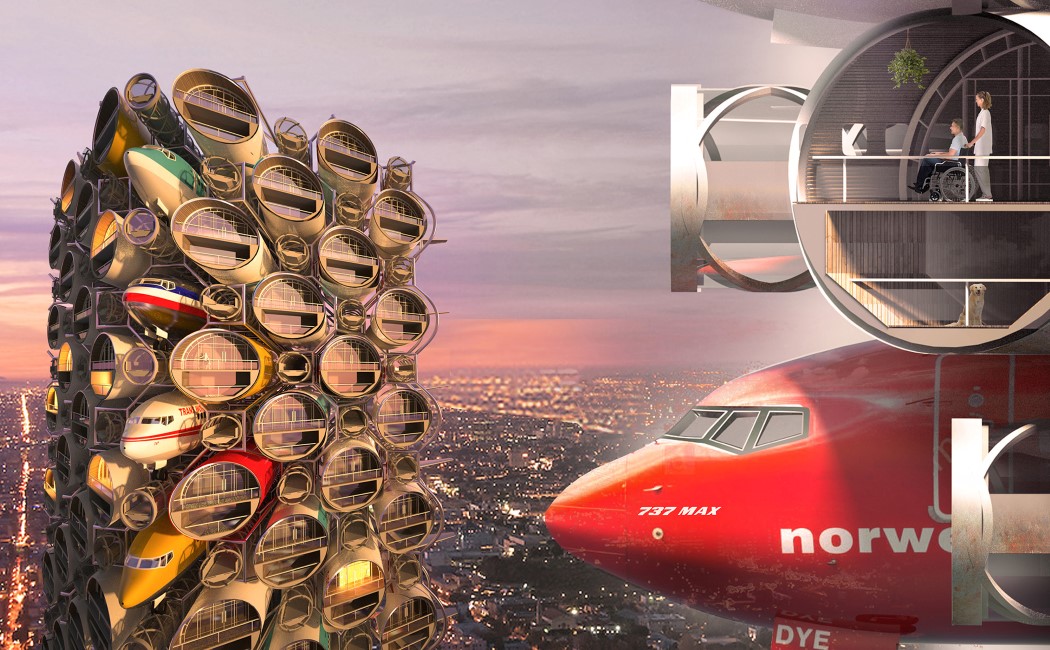 Designed as an entrant for the 2020 eVolo Skyscraper Competition, the 737 Max Tower turns one of the world’s most controversial aircrafts of modern times into housing. The Boeing 737 Max made headlines after its launch in 2016, when it was revealed that the aircraft’s own internal software was causing the plane to malfunction and take nosedive. This malfunction caused two 737 Max planes to fatally crash with passengers on board, throwing the entire line of planes into question. Just as Boeing was rectifying this issue and placating the countries and airlines that had placed orders, the novel coronavirus outbreak completely halted air travel. Needless to say, the company saw a mass cancellation of orders, forcing Boeing to entirely suspend production of the 737 Max.

“What about the planes that have already been made though?”, thought designers Victor Hugo Azevedo and Cheryl Lu Xu, who’s entry into this year’s Evolo Skyscraper Competition got them an honorable mention. The 737 Max Skyscraper leverages the architectural potential of an aircraft, converting it into a series of budget residences for the homeless. The aircrafts are stacked vertically, and trimmed to form the basic shape of a literal Jenga-tower of airplanes. The fuselages are structurally sound, waterproof, and relatively sound-proof to, making them pretty suitable for living, and providing shelter for the thousands of homeless people around Los Angeles. Way to solve the homelessness problem and the surplus discontinued aircraft problem with one stone, eh!? While you’re at it, use their jet engines to power the building’s HVAC too! 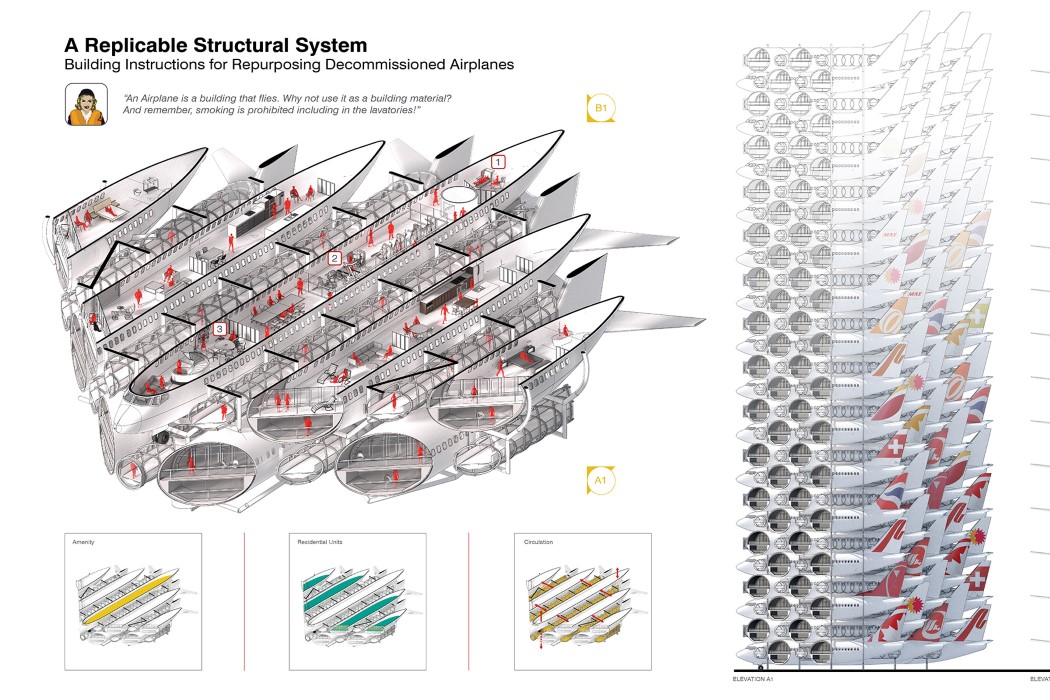 Yes, you heard me. 450 miles. 725 kilometers. That’s about 50 miles more than the width of Germany. Lightyear, a company founded by the winners of…

Sacré bleu! Eiffel Tower to get a make-over!

UPDATE: News of Paris-based Serero Architects’ installation at the top of the tower has been declared a hoax by La Societe d’Exploitation de la Tour Eiffel…

To maintain healthy habits during quarantine, I have taken to steaming my food, as it is one of the healthiest methods of cooking. But what is…

Apical Reform’s self-designed new headquarters are distinguished by a striking slatted facade that serves dual purposes. Visually, it creates a soft fabric-like illusion as if it…