My social crusade against plastic cutlery isn’t that it’s just bad for the earth… it’s also just ridiculously flimsy. The very idea that something could be designed to be used just once baffles me, because it means the product won’t be useful ‘more than once’. Isn’t that strange? Something so badly designed that you’ll want to throw it after using it? Well, if you’ve got problems with plastic cutlery, you’re not alone. Hundreds of thousands of people are now a part of the “Bring Your Own Cutlery” movement, which promotes people to just simply carry their own travel-cutlery with them as a part of their EDC.

Designed to spearhead the BYOC movement with cutlery that’s always together and with you, the Magware by Full Windsor uses a nifty magnetic system to combine spoon, fork, and knife into one single organized set. Rather than physically integrating pieces of cutlery into a single solution like the spork or the splade, Full Windsor simply attached magnets to them, giving you the ability to carry all your cutlery in a single, convenient unit. Magware (a magnetically attached portmanteau of the words magnets and flatware) allows you to carry separate pieces of cutlery, but together. The trio of flatware just snap together instantly, making sure you can easily carry all three pieces of cutlery in a unified set without accidentally forgetting one of them behind. Together, they weigh just 1.6 ounces, making them light enough to just chuck into your bag and carry around, taking them out whenever needed. Moreover, you can snap multiple sets together into a single unit that’s easy to carry and distribute to your friends and family while dining. Made from food-safe and heat-resistant 7075-T6 Aluminum, Magware are more robust and reliable (and reusable) than plastic cutlery, and frankly, are a classy upgrade too. Each piece of flatware comes with two magnetic inserts around the grip, with a recycled polypropylene cover. The polypropylene cover leaves a small gap between each piece of cutlery, preventing them from touching or scratching each other, while also giving the Magware a neat plastic-to-plastic interface that snaps together with a satisfying click. The Magware are available in a series of absolutely gorgeous anodized colors that are so beautiful you’ll WANT to ditch plastic cutlery… oh, and if you’re in the mood for some outdoor ramen, Magware has a set of magnetic chopsticks too! 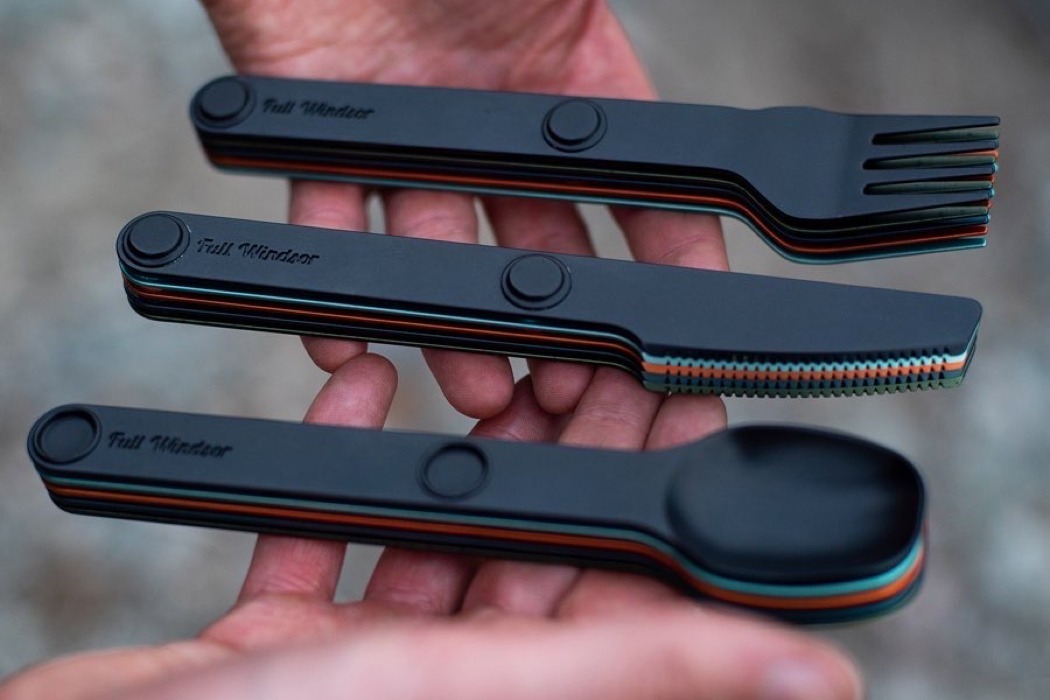 Magware Magnetic Flatware have been designed to address a major problem facing our planet. We throw away billions of single use plastic utensils every year, and many of them end up in our Oceans and Waterways. Bring Your Own (BYO) Cutlery movement could help reduce the number of disposable utensils that get thrown away every year. 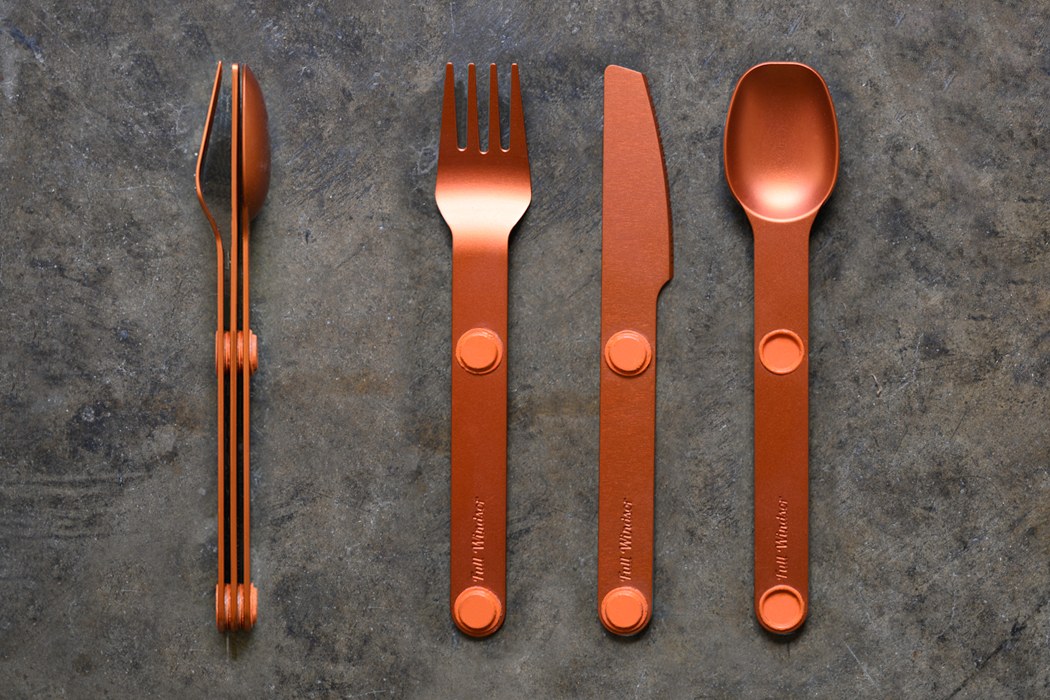 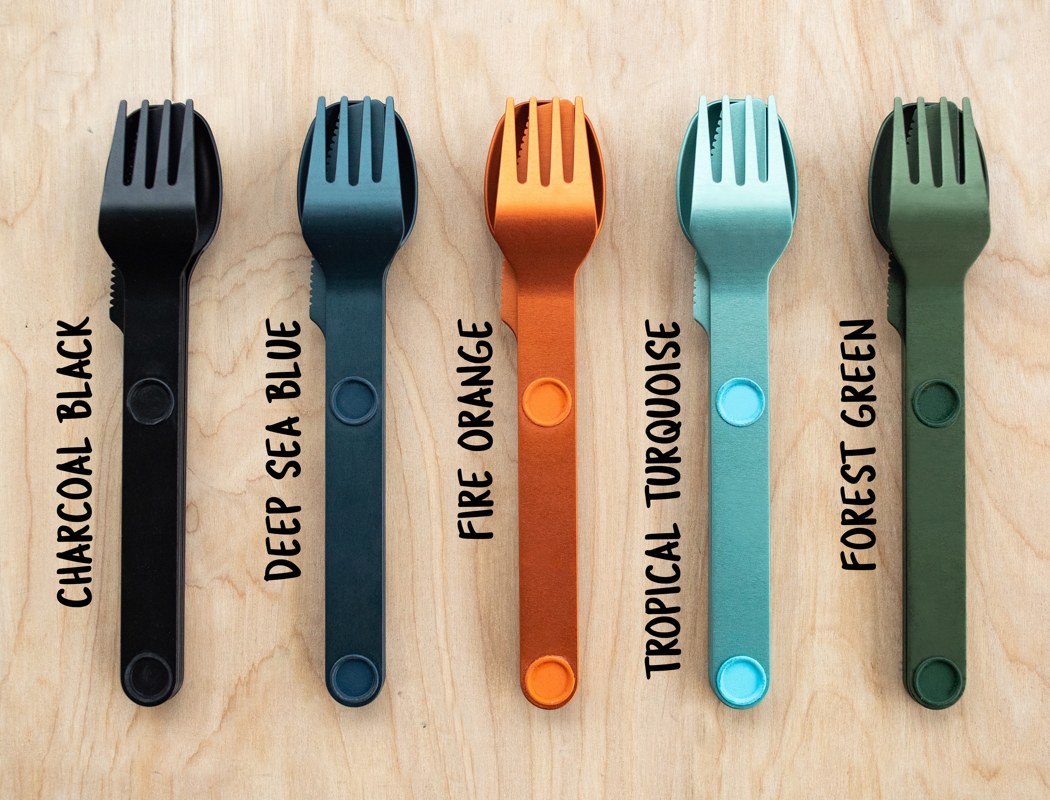 Plastics never fully break down but rather degrade into small pieces that resemble food scraps to fish and other sea animals. The Ocean Conservancy lists plastic utensils as among the items “most deadly” to sea turtles, sea birds, and other Ocean creatures due to their size and to the ease they enter our waterways.

The Bring Your Own (BYO) Movement

The same way as carrying drink bottles has started to become ubiquitous to people’s everyday lives, the hope is to see non-disposable utensils being used in the same way. Magware utensils are a simple light-weight solution to help in this mission, by making them as organized and easy to carry as possible. 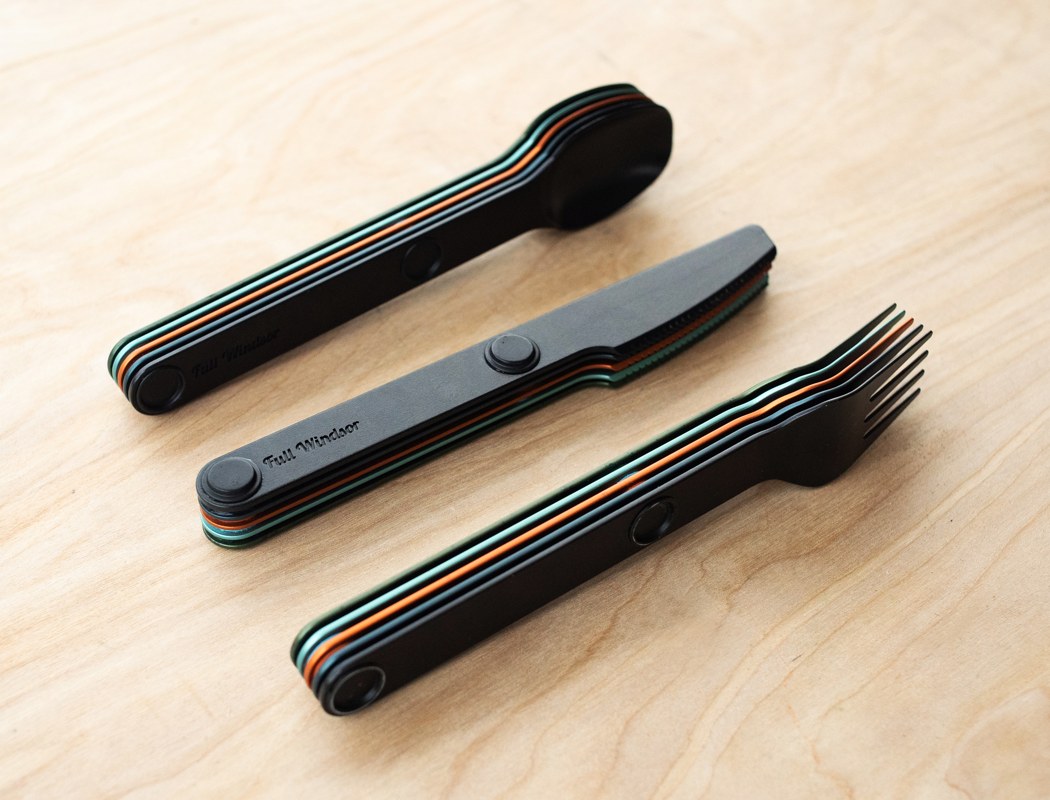 Stack any number of sets together. 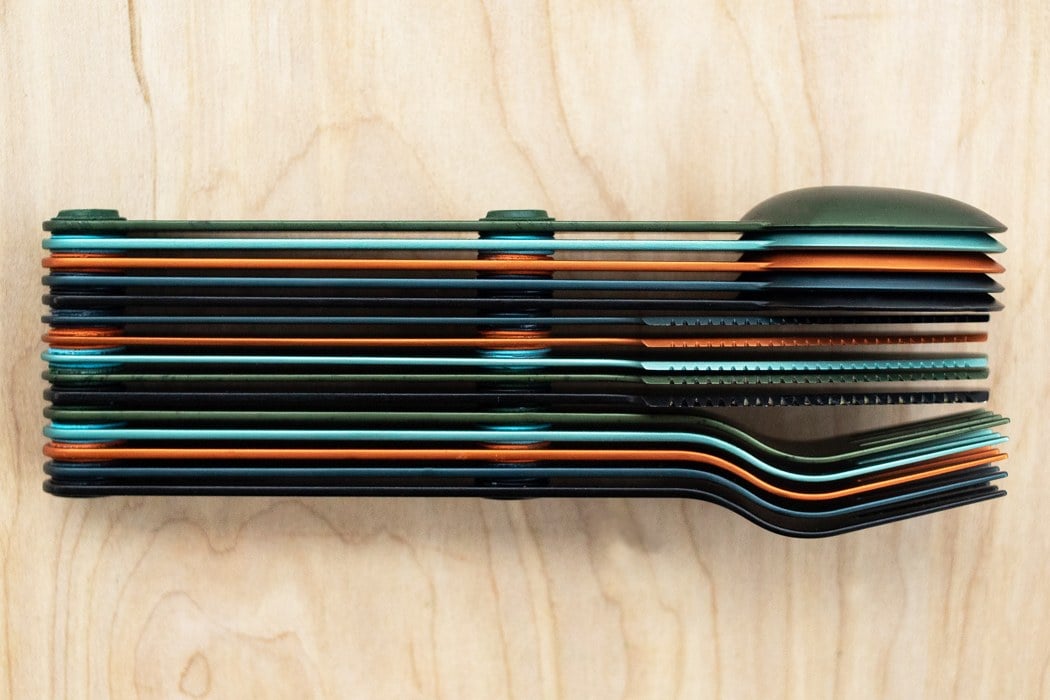 Create any color combinations you wish. 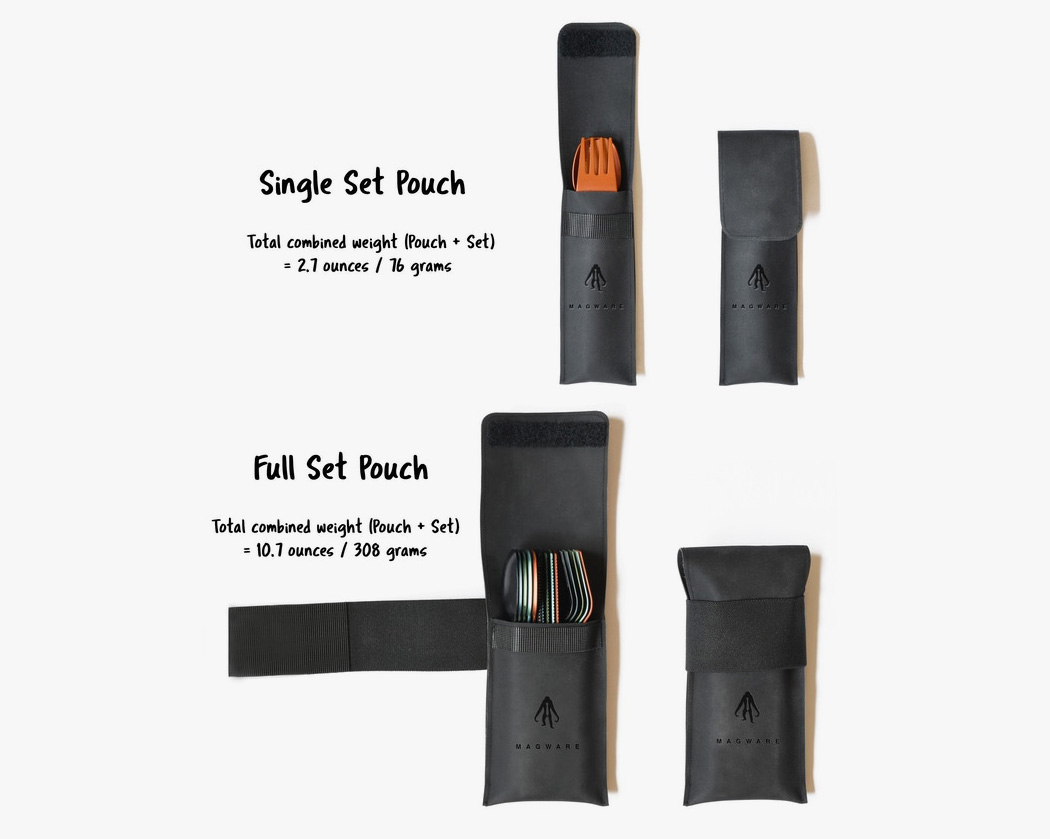 Hypalon is extremely durable, water proof, easy to clean and stain resistant. Hypalon is so tough it is the material that they make inflatable boats from. The team has used high strength velcro for the closing mechanism. The full set pouch also has a thick elastic strap attached to give it an even firmer close. Both pouches should last a lifetime. 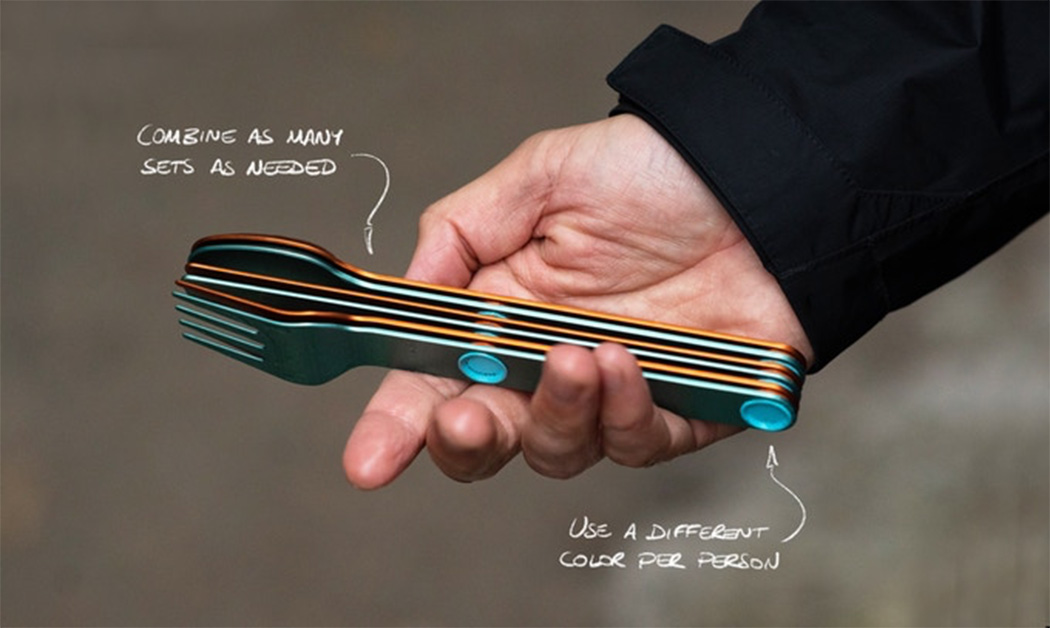 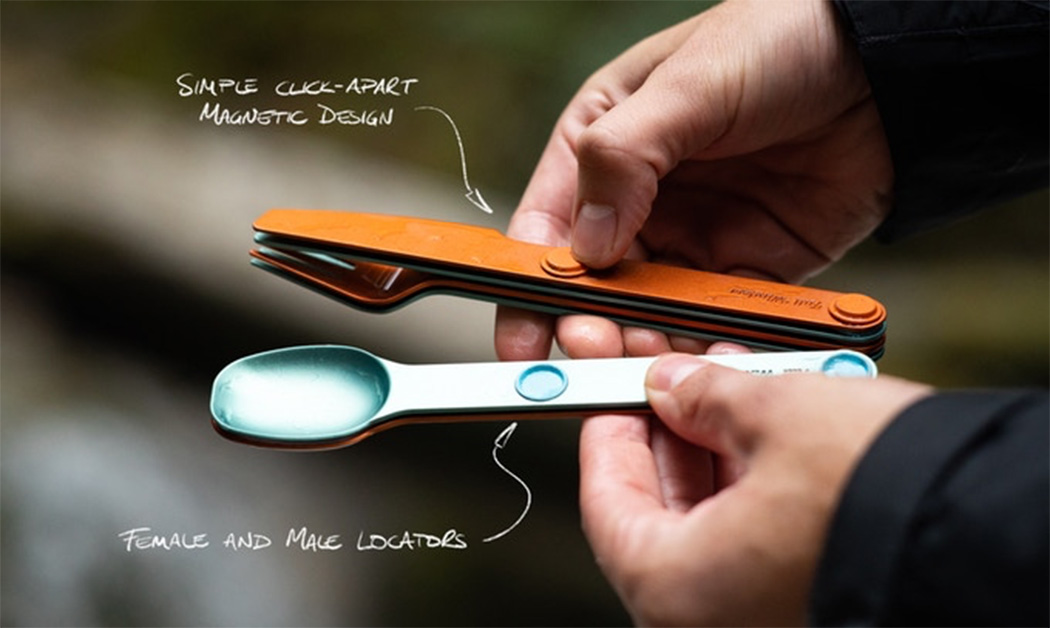 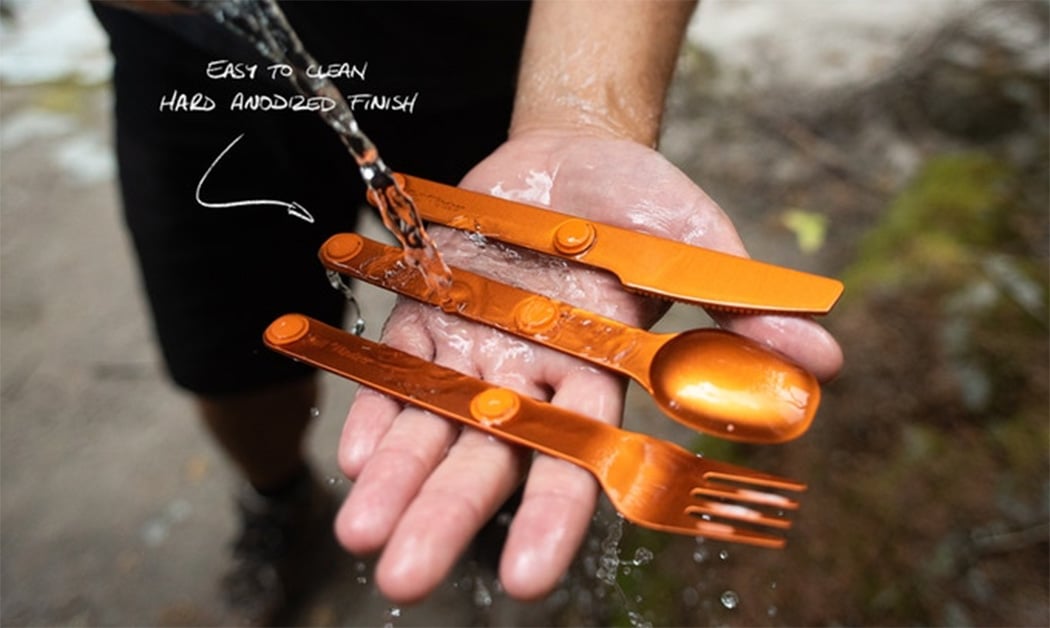 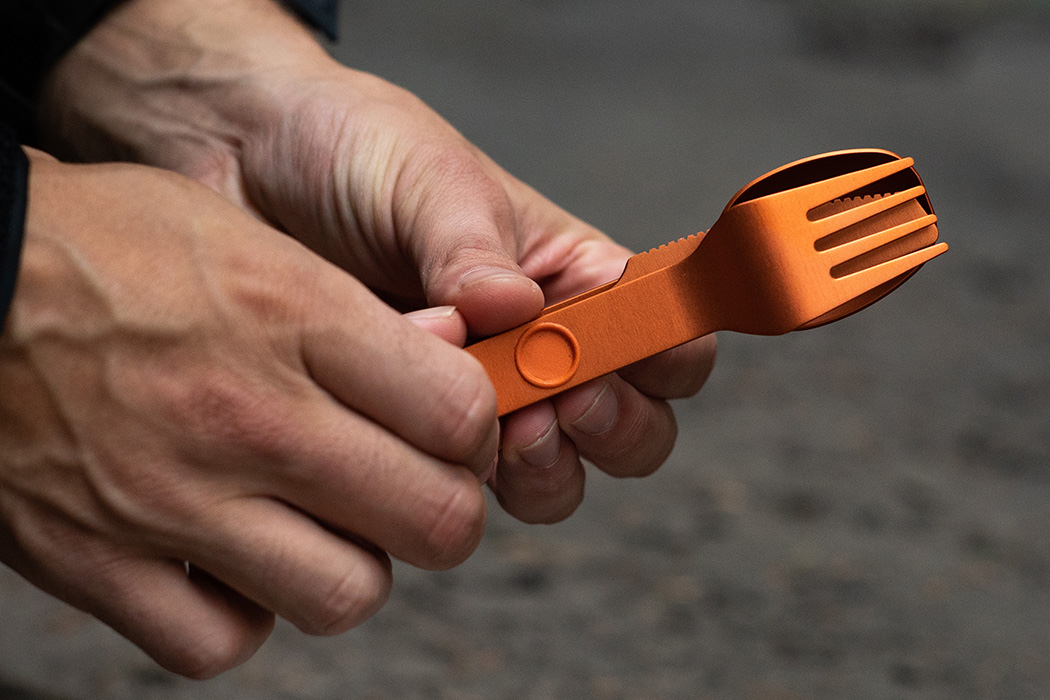 It’s a sporkife! No wait… a knoork??  Whatever it is, this curious-looking cutlery design was created with respect to the logical order in which people…

We squeeze lemons with our hands sideways, so why should our kitchen lemon squeezers go top to bottom?! There are benefits doing it our natural…

Care for a Cup of Tea

In the busy world we live in, we rush around for food, for work, with our noses in our devices, we don’t take the time…

Picture it, Richardson Texas, a semi-detached town home made of bricks and columns surrounded by majestic magnolia trees. It’s a mild 75ºF and I’m outside…