For anyone like me who’s not really into sports, it can be quite easy to confuse a skateboard and a longboard…or to assume they’re the same. A longboard is a type of a long surfboard, lengthier and less agile as compared to skateboards, whereas a skateboard tends to be much smaller and harder. Product designers Kousheek Chakraborty and Satya Schiavina of Technovation are quite interested in longboards and wanted to create a custom longboard of their own for years. And they had their heart stuck on a cardboard one! 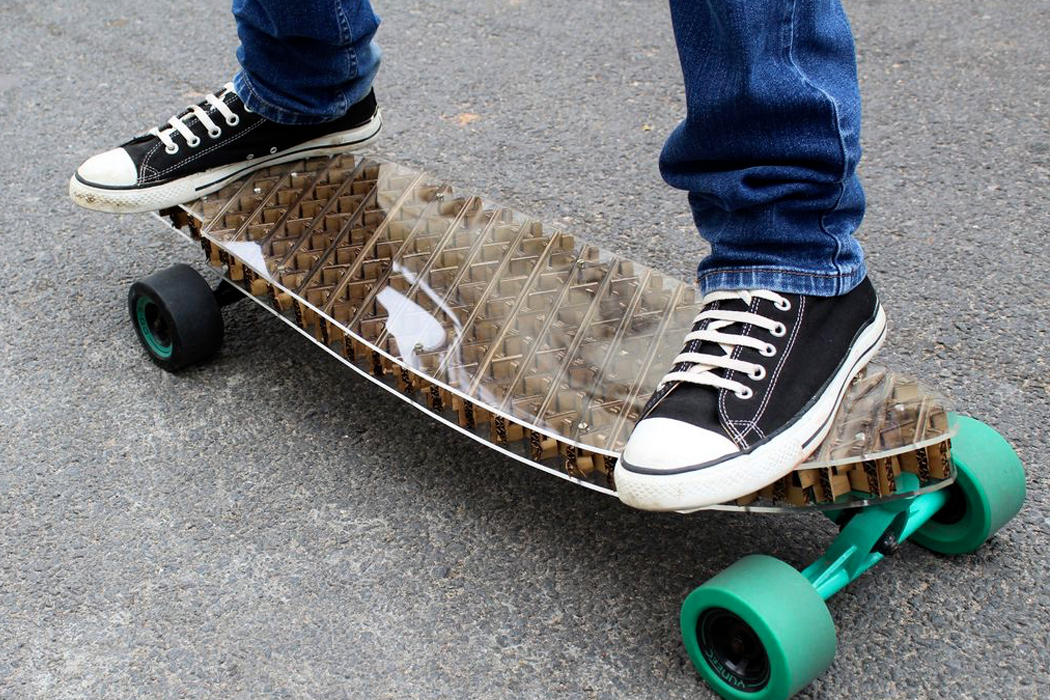 However, longboards made out of cardboard tend to be quite fragile, breaking immediately or have to be coated with fiberglass, which well defeats the entire purpose of a ‘cardboard longboard’. But, they’ve finally managed to create a sturdy cardboard deck, and the intricate patterning on it has us swooning! The artsy crisscross pattern, combined with the transparent acrylic panels and mint green and black wheels, all come together to create an innovative looking longboard. The rather raw and simplistic aesthetic of it sets it apart from the stereotypical plastic/metal longboards we usually see! 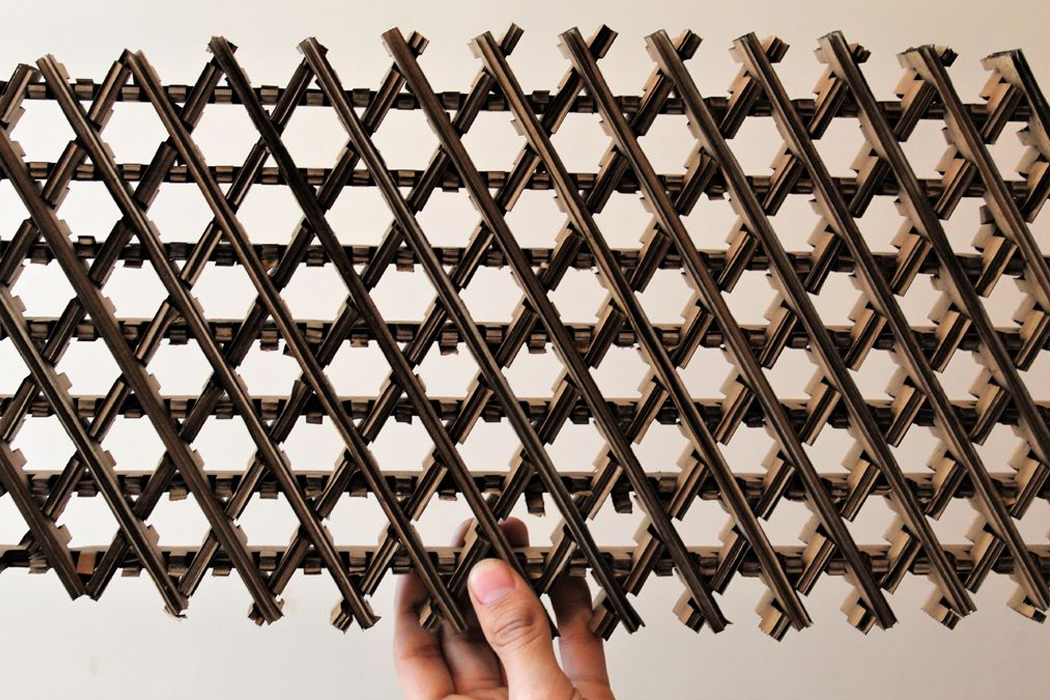 Their ‘cardboard longboard’ came into existence by hero-ing a quarter iso-grid structure. What’s a quarter iso-grid structure? Well, it’s a partially hollowed-out structure created by taking two opposite facing equilateral triangles and using them to form a star-like shape. Any material or product created using this structure is extremely lightweight, due to the partial hollowness created by the interwoven ribs. Used regularly in the aerospace industry, the designers integrated this into their longboard! The grid structure then goes through CAD, and finally a digital fabrication process. 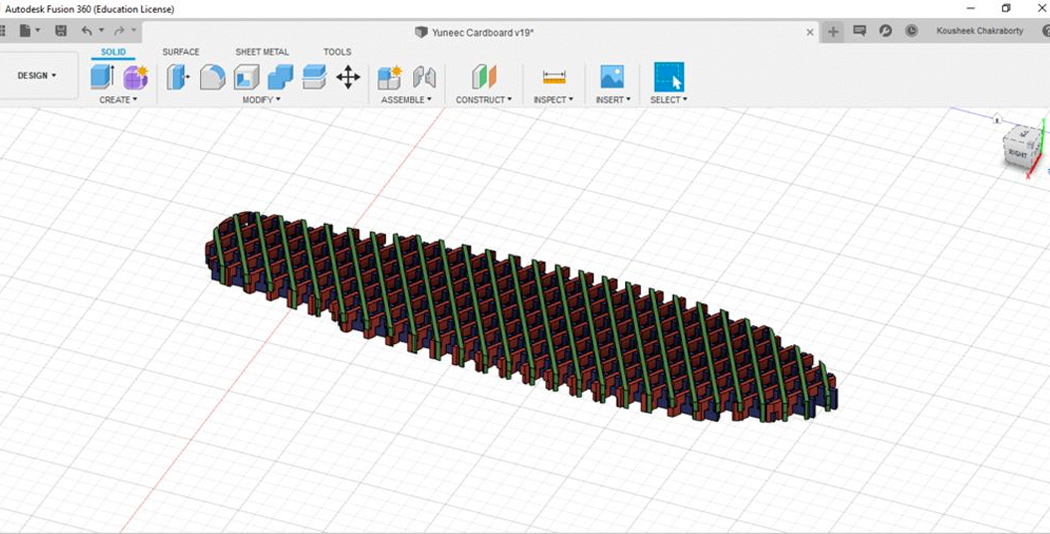 The designers created a 3D longboard deck on Fusion 360, ensuring it was perfectly symmetrical. 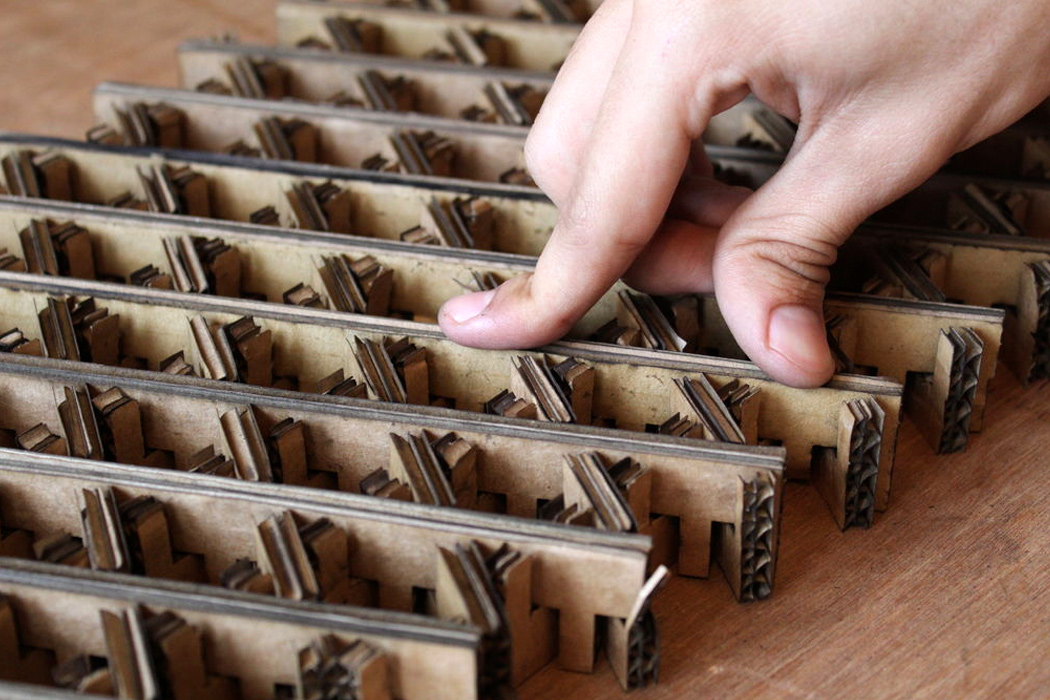 The cardboard was designed with different ribs that integrate one another and manage to go across the entire length of the longboard deck. They named them ‘Stringers’. They also created two other sets of ribs, Ribs A and Ribs B. Ribs A and Ribs B were used to make 60-degree angles to form the equilateral triangles of the iso-grid pattern. 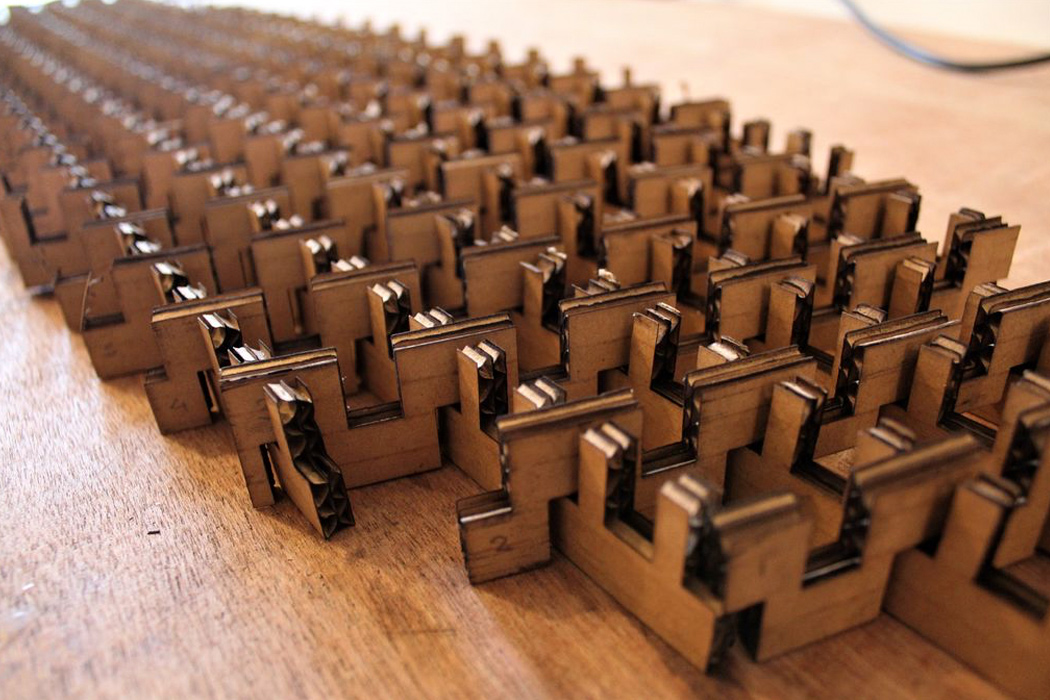 The different parts were laser-cut onto cardboard and plywood. All three types of ribs are then interwoven to create a parallelogram. 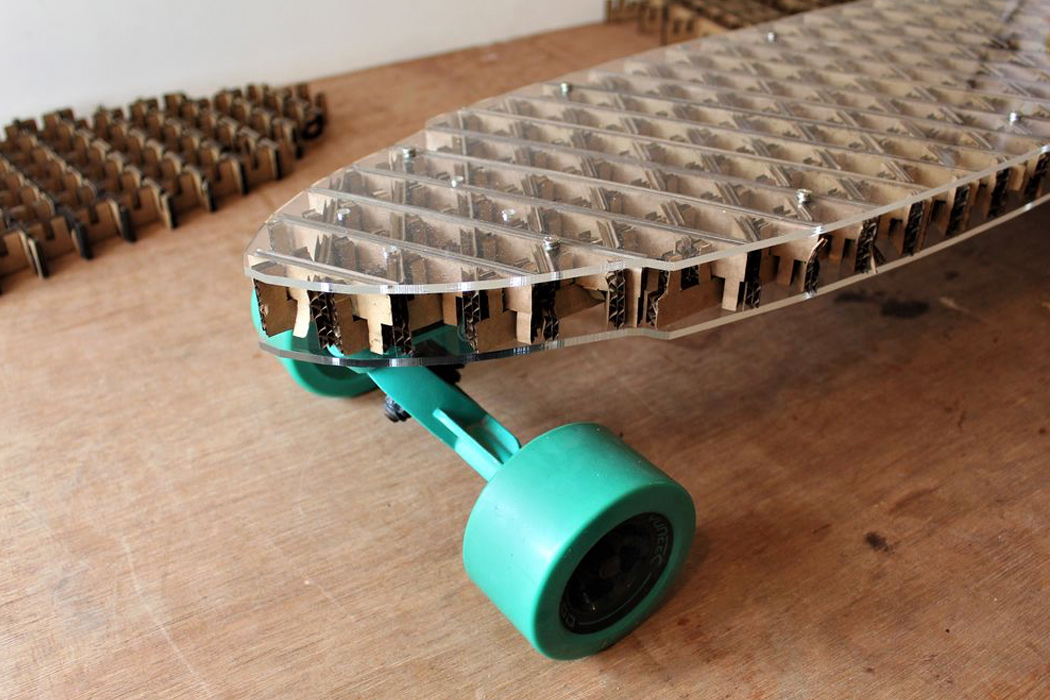 Once the parallelogram has been formed, the longboard trucks and wheels are added to the structure, along with two acrylic panels to protect it, completing the entire deck. 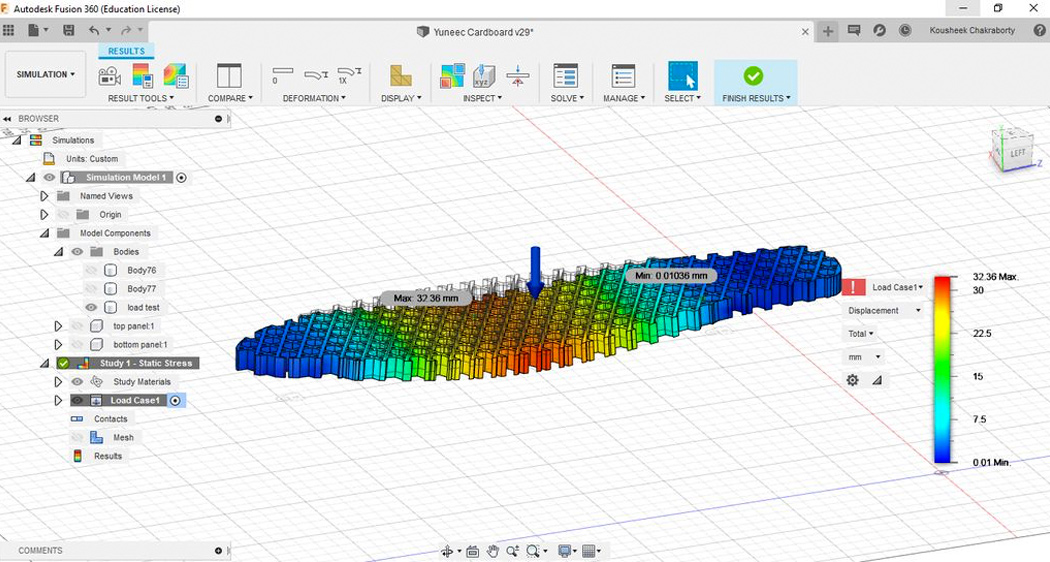 They even simulated a load test to ensure that the longboard could hold the weight of an average person (65kgs), so nobody is going to be tripping or slipping! 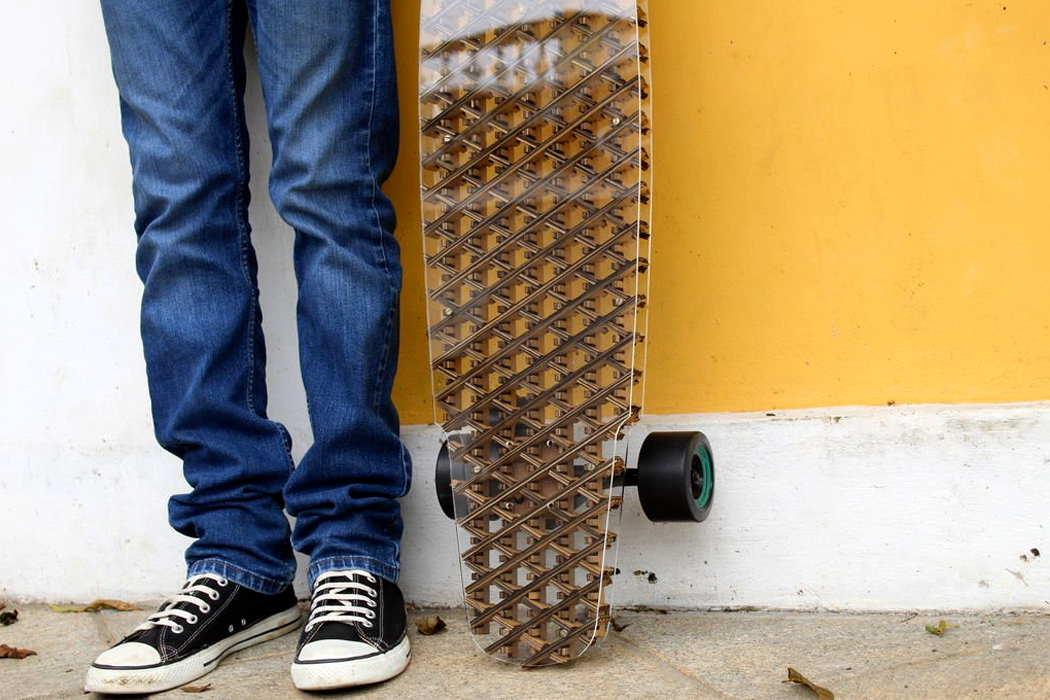 Technovation has managed to create a DIY and not to mention recyclable longboard, that probably any of us with the right equipment can attempt, not me, but other talented individuals for sure! 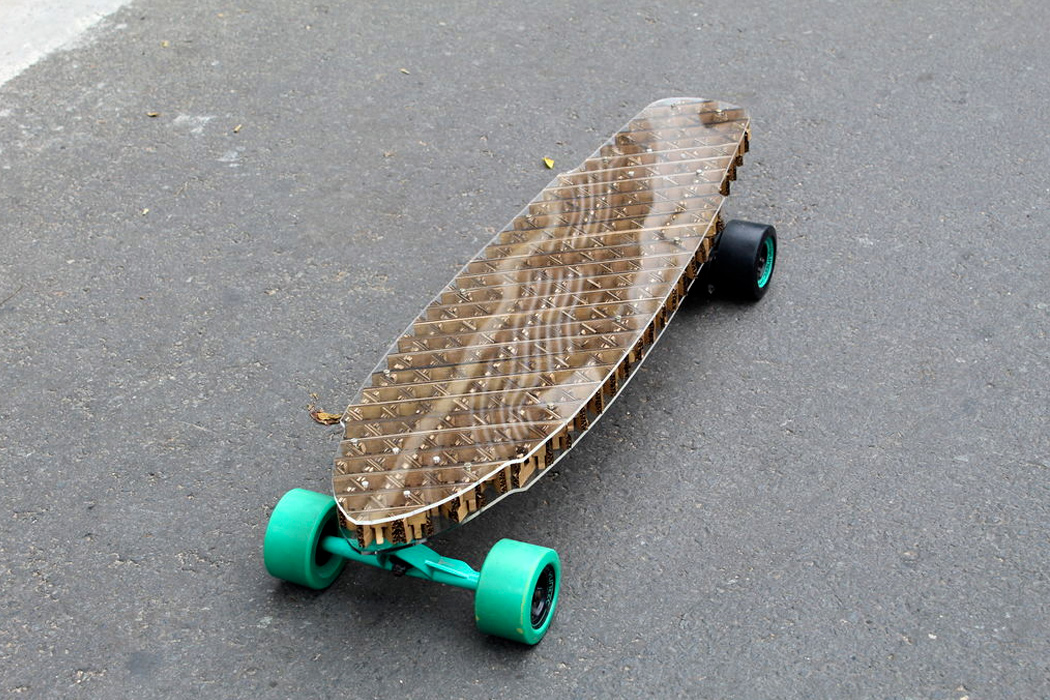 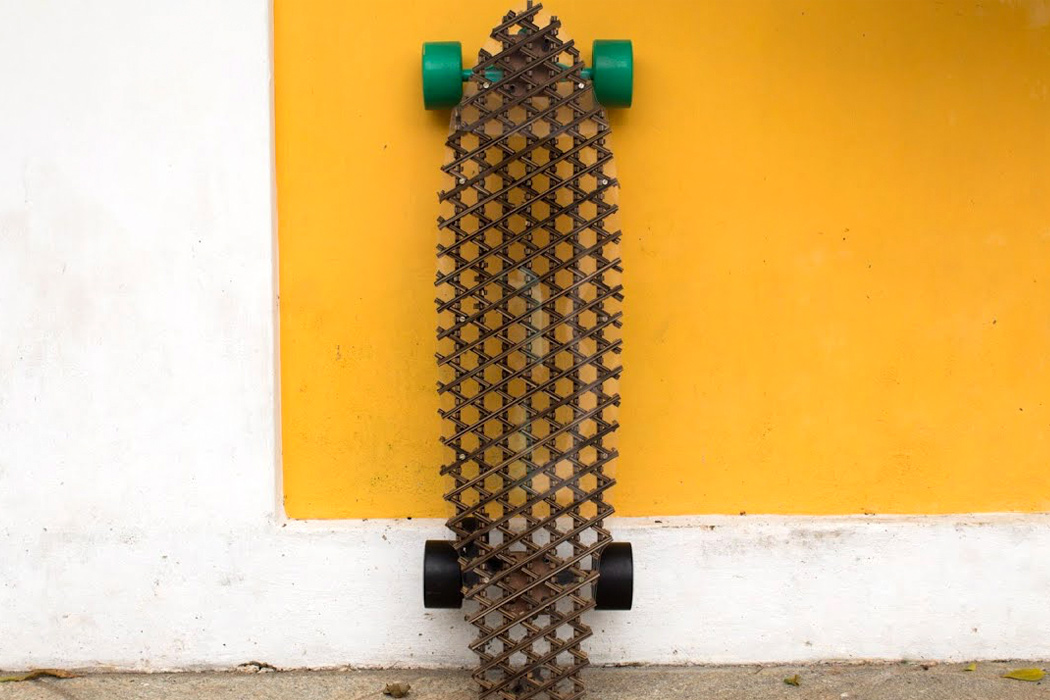 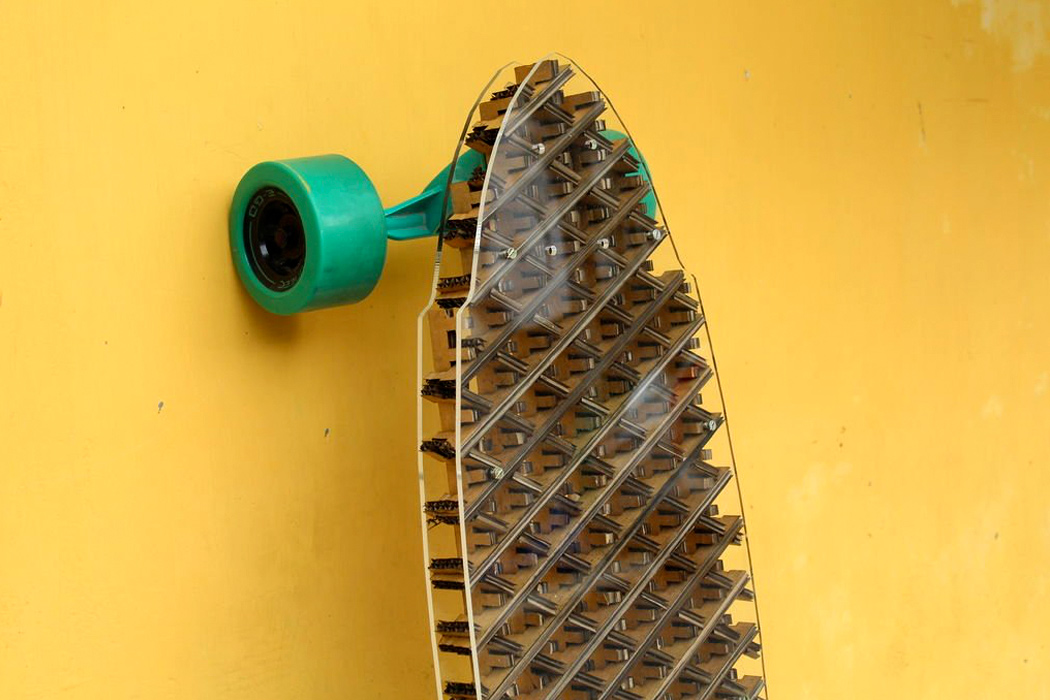 This Clock is Not Upside Down

Hello you late to bedders, did you know we’re awake at the same time? The darkness makes it seem like you’re alone, but I will…

You know what I’ve noticed? Only certain appliances have seen game-changing innovations in them and looking at them, you can instantly tell the difference between…

Not Your Grandma’s Old Lamp

Oftentimes, in the process of designing a product that saves lives, we forget one rather crucial part of the healing process. The product must make…