To call the X One just an e-bike would be doing it a disservice, and to call it futuristic wouldn’t do it enough justice. Here’s a list of things the X One e-bike can do. It uses facial recognition to automatically unlock, can cycle between the dashboard and GPS with your voice, automatically activates and adjusts your headlamp and taillamp’s intensity based on how dark your surroundings are, automatically adjusts motor torque when it detects you’re cycling up or down a hill, and here’s my favorite feature… you can activate the turn signal simply by looking at the dashboard and tilt-gesturing your head left or right.

The X One from Rayvolt brings bicycling right into the 21st century, with an aesthetic and feature list that sits well with the amount of advancement we’ve made technologically. The bike sports a frame that’s both organic and edgy, and comes made from an aluminum composite with a carbon fiber fork, bringing its weight down to a mere 22 kilograms (45 pounds) while still allowing it to hold its own. A 42V 16Ah battery sits flush within the frame, providing the e-bike with a pedal-assist of up to 75 kilometers, while also remaining detachable, so you can charge it practically anywhere you go. Speaking of things being flush within the frame, the bike comes with flushed handlebars too, integrating the handle, brake level grips, and even the bike’s indicators within its slick frame, while ultimately concealing all the cables from view to give the X One its 21st-century image.

However, with the X One, it’s all about the bike’s secret sauce. Its stunningly advanced feature-list. The bike comes with an integrated Android-powered computer that sits within its frame, allowing you to unlock it simply with your face, as well as access the bike’s multitude of features, either via touch or by using voice commands. The app’s facial recognition technology extends to more than unlocking the phone. You can even use facial gestures to activate the turn-indicators, a neat bit of futuristic interfacing that’s pretty unique to the driving/riding experience. It’s still yet to be decided whether riders prefer signaling left or right with their face rather than using manual analog controls. The X One does offer the latter, letting you rely on button-pushing to activate the indicators too.

X One’s smart AI was designed to help upgrade the riding experience too. The bike comes with regenerative braking, allowing you to give the battery short bursts of charge every time you brake. You can even pedal backward to lower the bike’s speed (if you don’t want to hit the brakes), and the AI uses the e-bike’s Back Pedal Proportional Regenerative Braking feature to proportionally charge your battery as you pedal backward to slow down. As far as the bike’s pedal assisting goes, you can calibrate the amount of assistance you need through the in-built screen interface, while the e-bike’s gyrosensor can even detect when you’re going uphill or downhill, increasing or decreasing the speed to help you ride more efficiently.

X One’s bike comes in three feature configurations ranging from the Smart series with a 250W to the Power series with a 750W motor, and a variety of color finishes, although the metallic gold paint job seems appropriate for a bike this avant-garde. The X One ships in June of 2020, and the fastest way to get yourself one is via their crowdfunding page, which rather fortunately also happens to be offering nearly a 50% discount on the retail price! 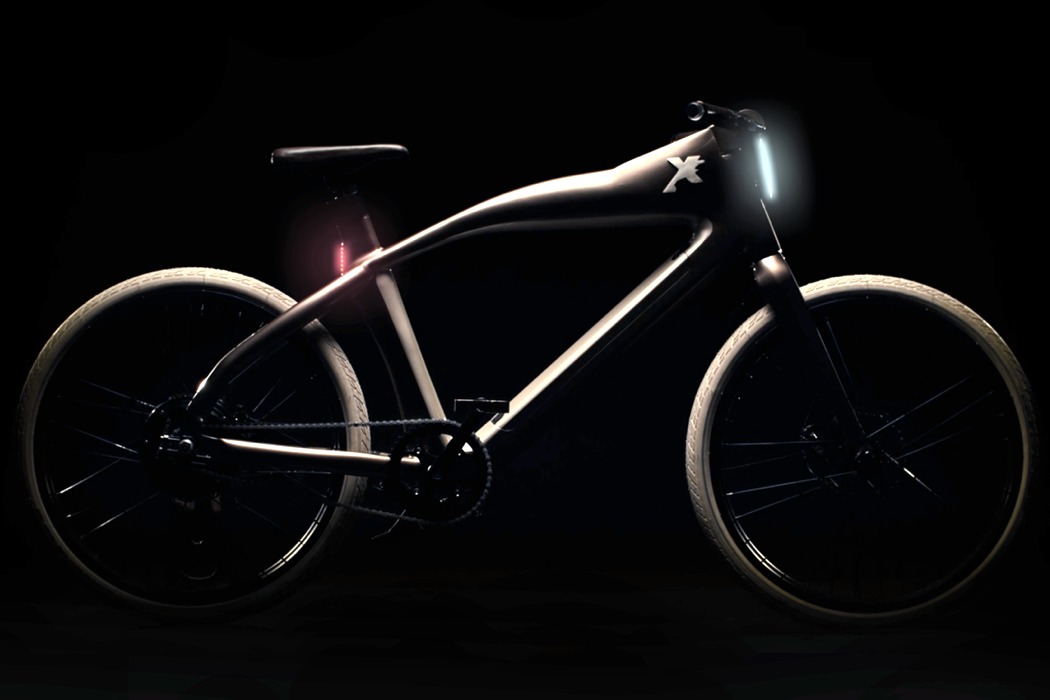 X One Electronic bike – The First of a New Generation

From the integrated Android-powered touchscreen computer to its nearly invisible slipstreamed battery, the X One means business. 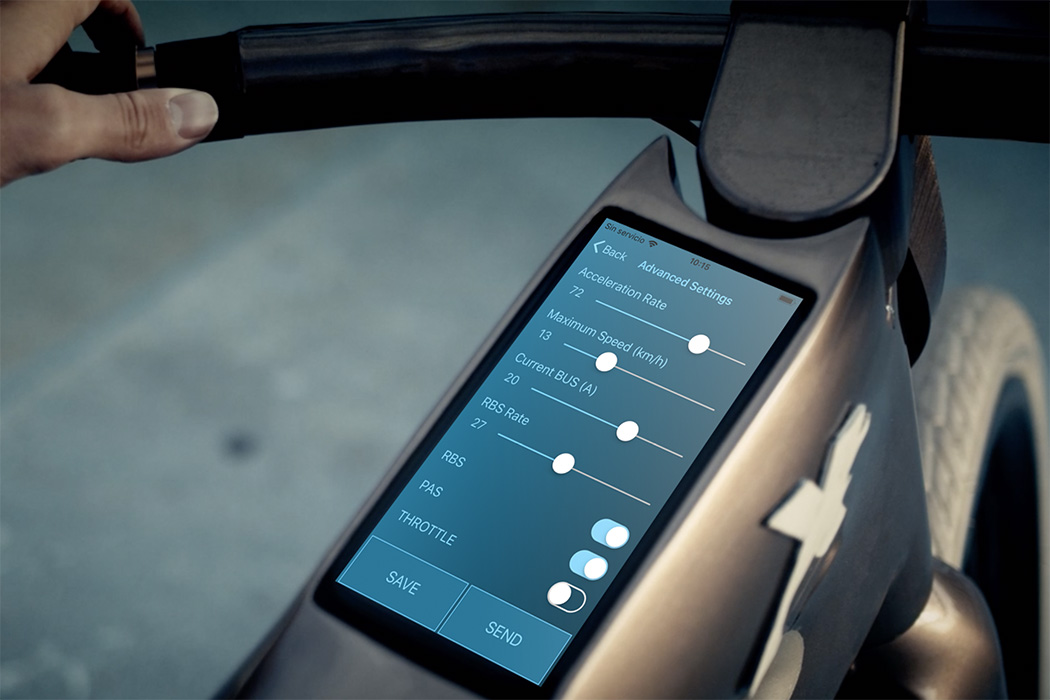 Upon mounting the X One, its powerful facial recognition software looks for the owner and automatically unlocks the bike when the owner is identified. Powered by Rayvolt’s EIVA control technology, the owner has all the settings for the bike available at the touch of a finger. 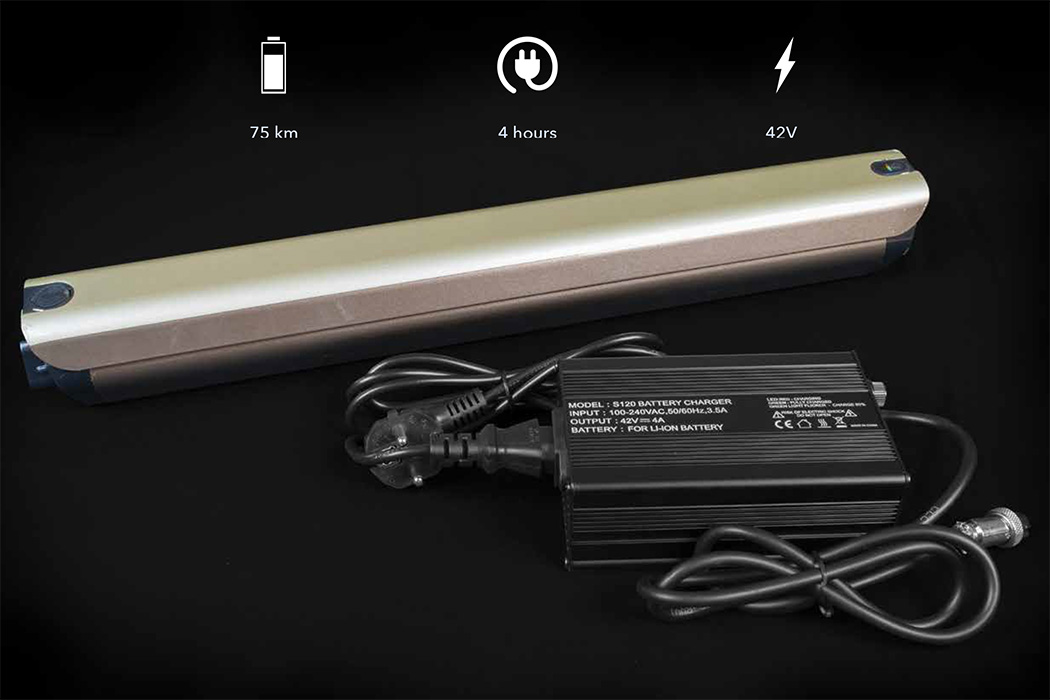 All of its intelligence is built around an all-new aluminum composite frame paired with a carbon fiber fork, allowing it to pack full e-bike functionality at only 22 kilograms | 48 pounds. Its 42 volt, 16Ah battery is fully integrated into the frame, adding structural rigidity without adding unnecessary bulk to the overall flow of the frame. 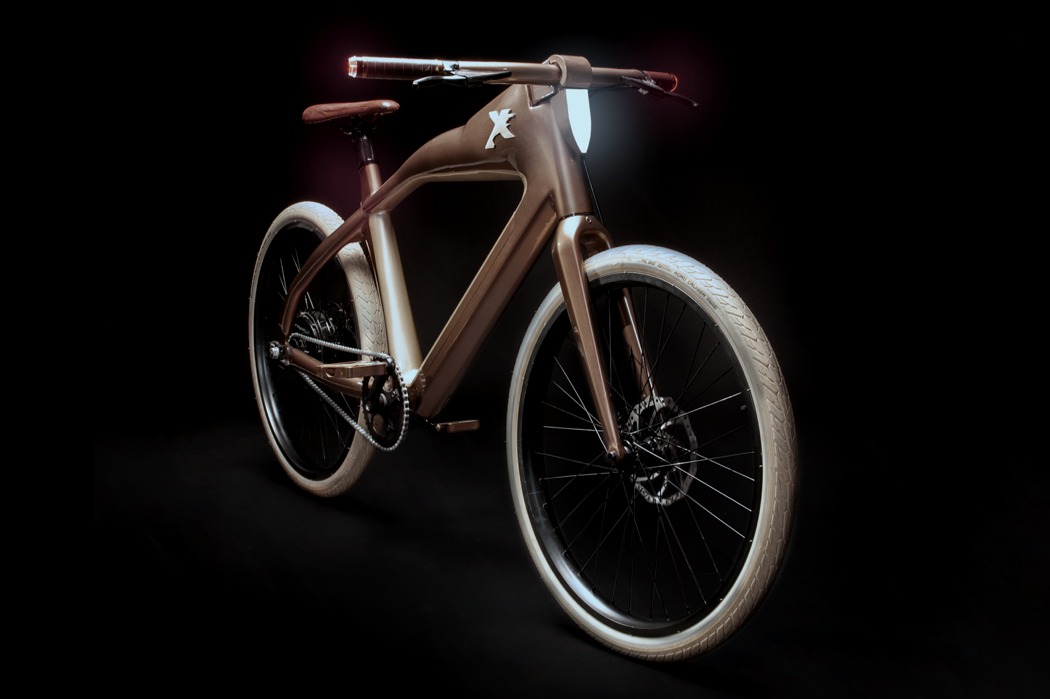 The X One brings a powerful new suite of patented regeneration technologies to bear with the first back pedal proportional regeneration system that lets riders simply roll the pedals backwards to slow the bike. When heading downhill, the bike taps into its integrated gyro sensor to intuitively engage ReGen for a seamless riding experience. 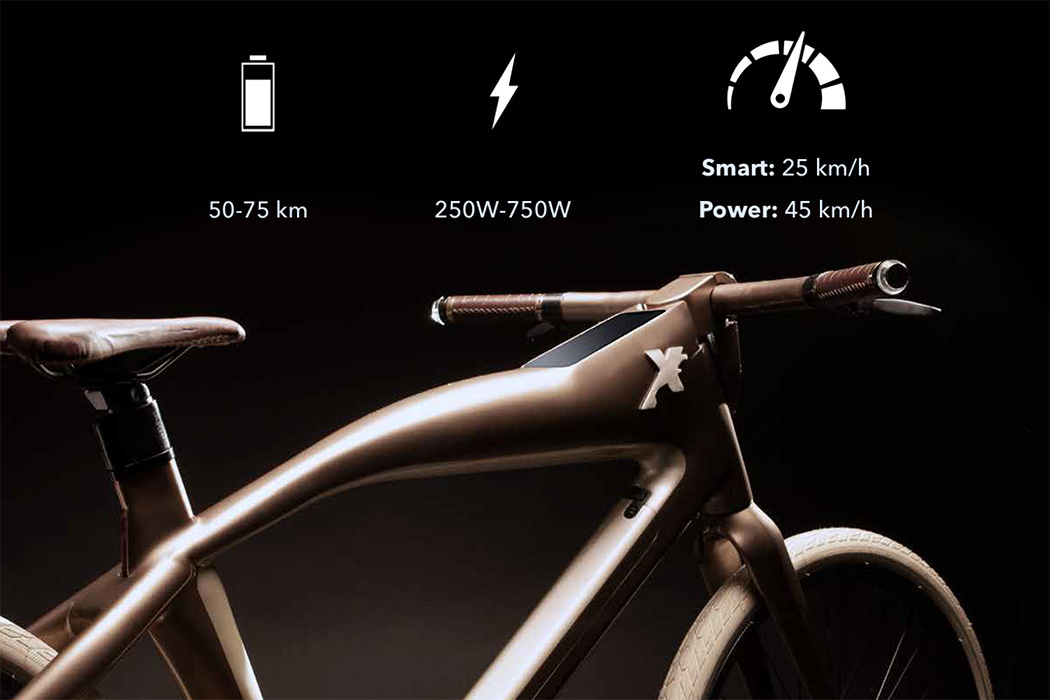 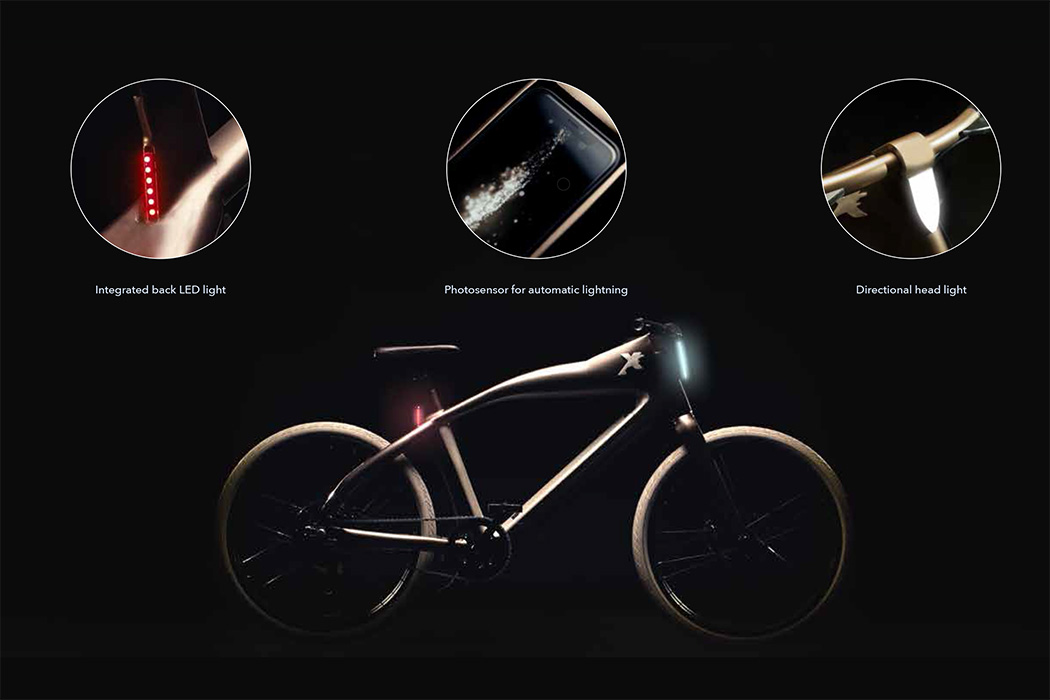 The X One comes with a full complement of integrated lights to make riding at all hours of the day safer and easier. Turn signals have been integrated into the ends of the handlebars to let everyone know when you’re ready to go. A frame-integrated headlight and tail lights automatically tap into an ambient light sensor to engage when the time is right so you don’t have to think about it. In short, they built the X One to do the thinking for you so you can simply enjoy the ride. 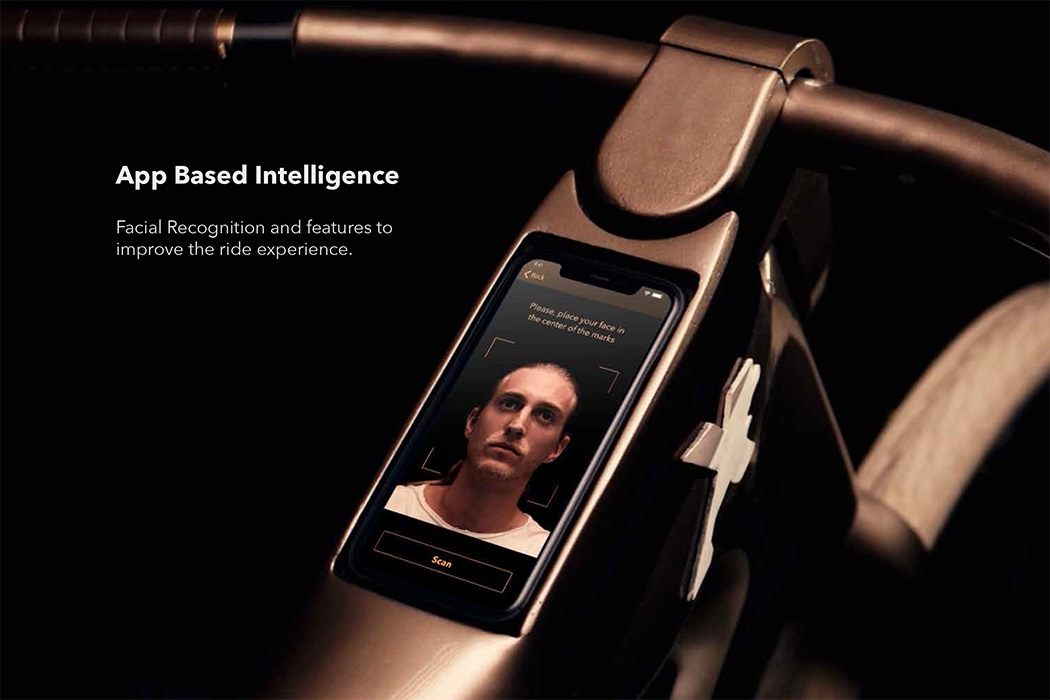 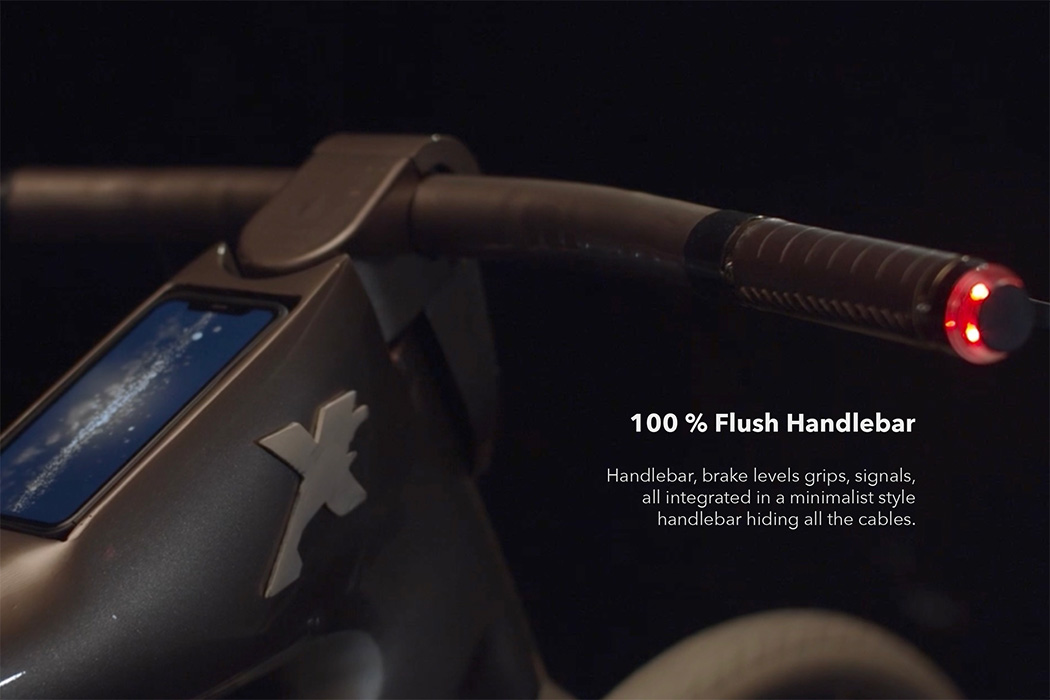 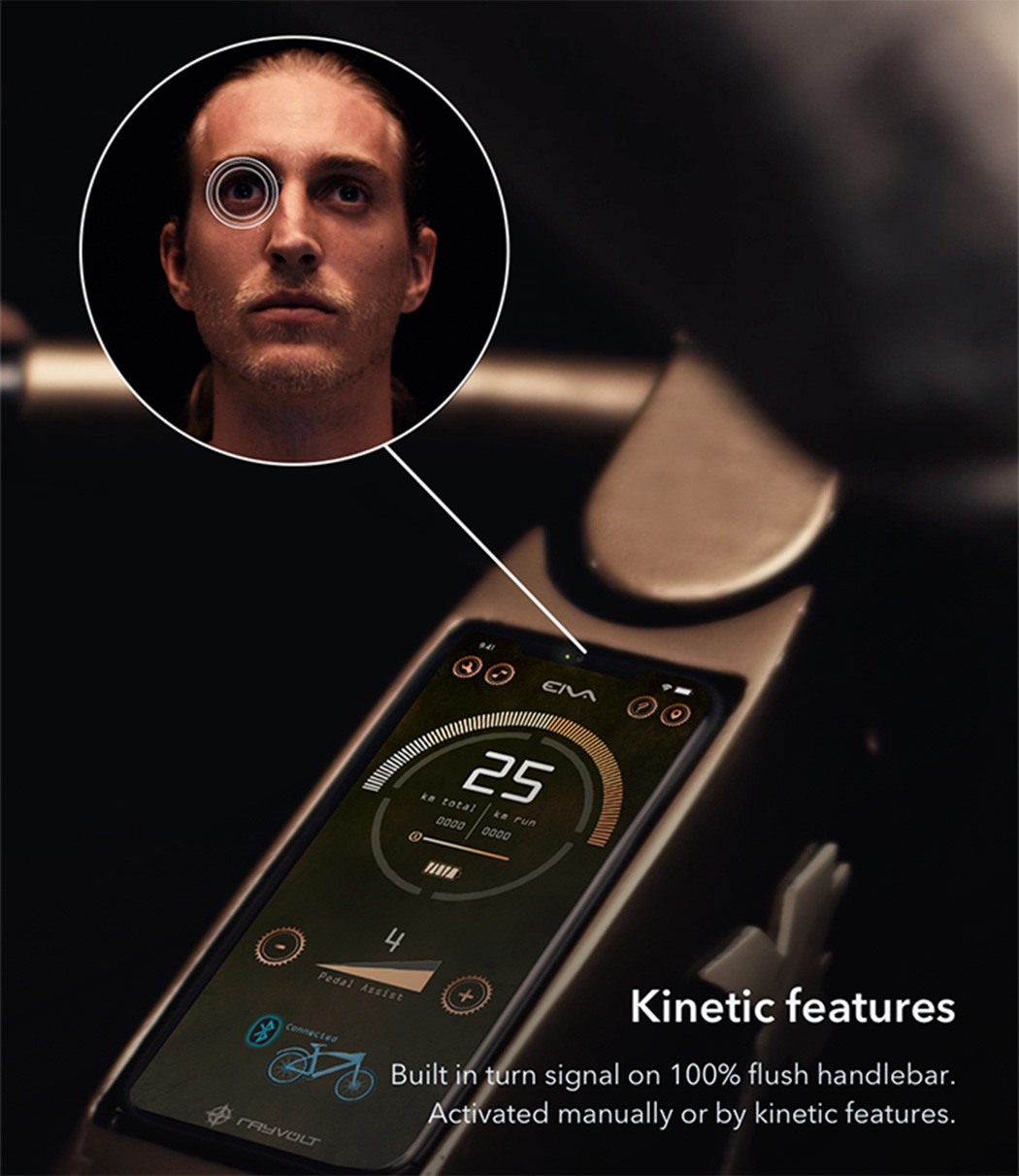 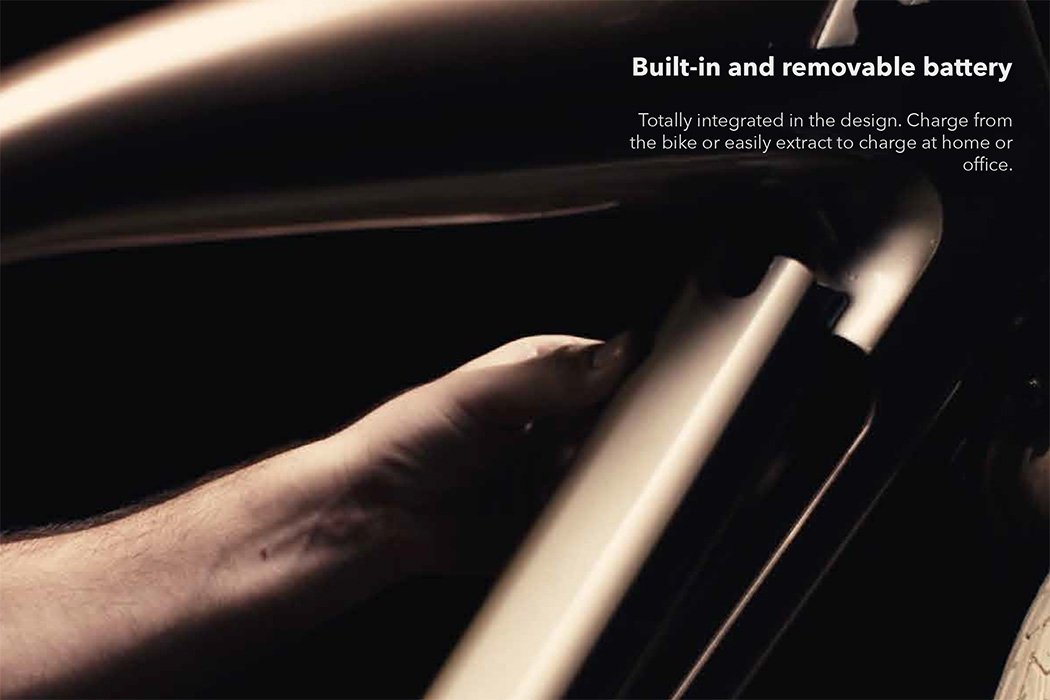 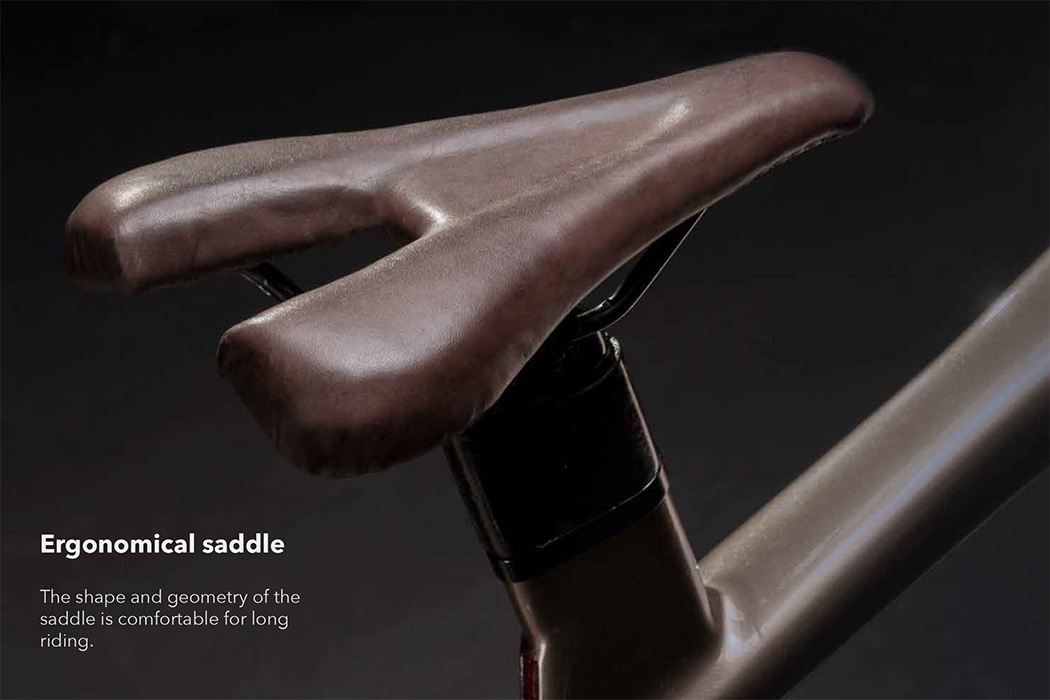 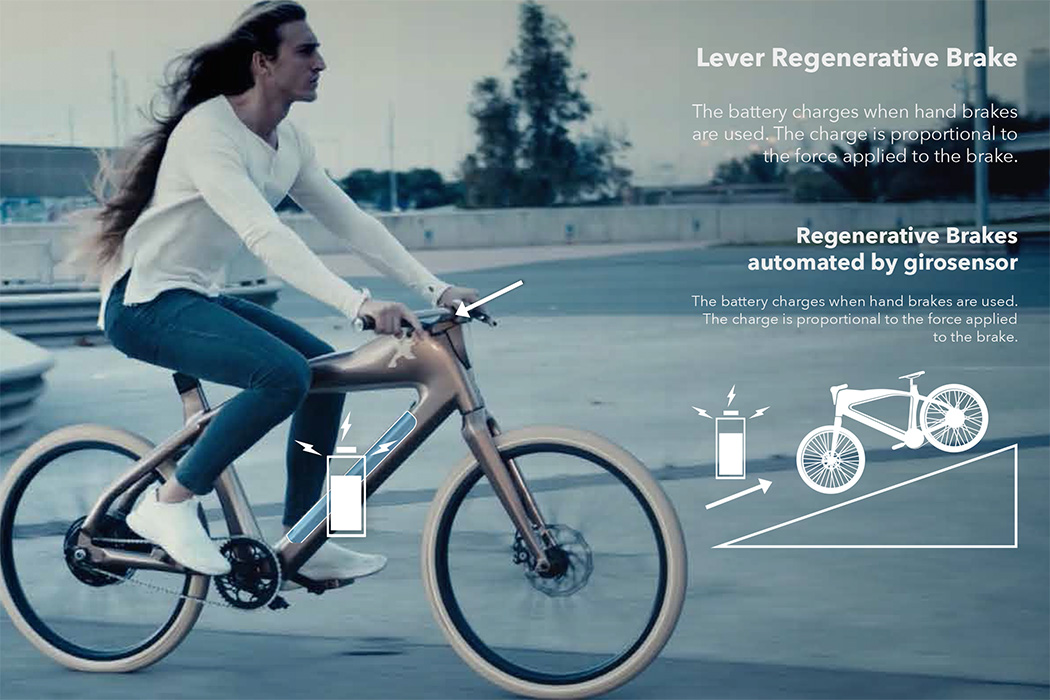 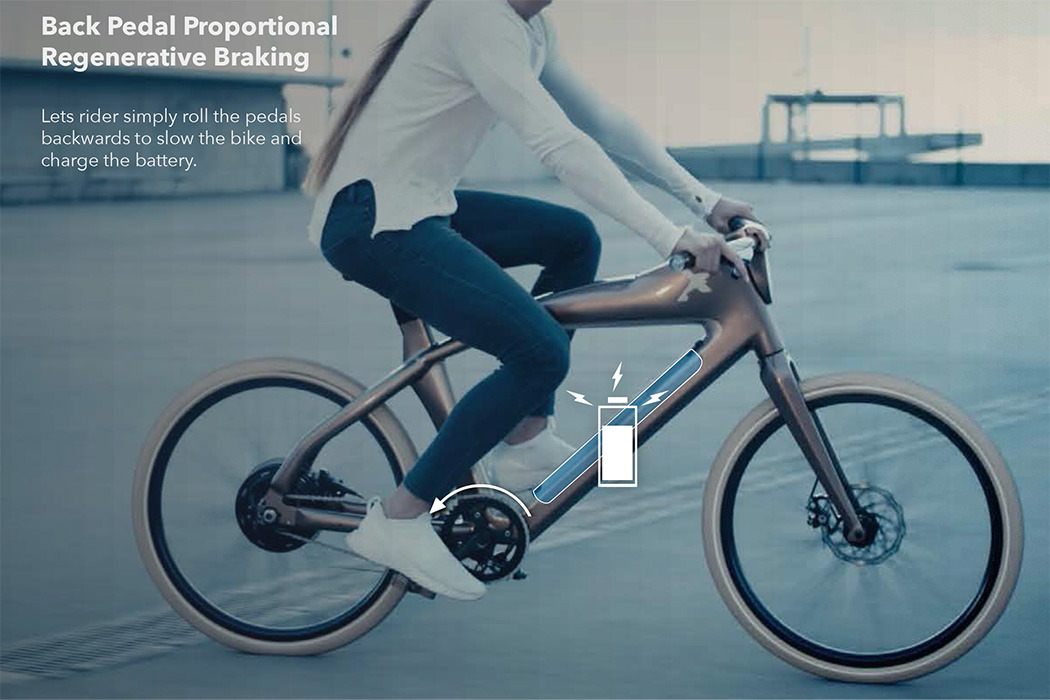 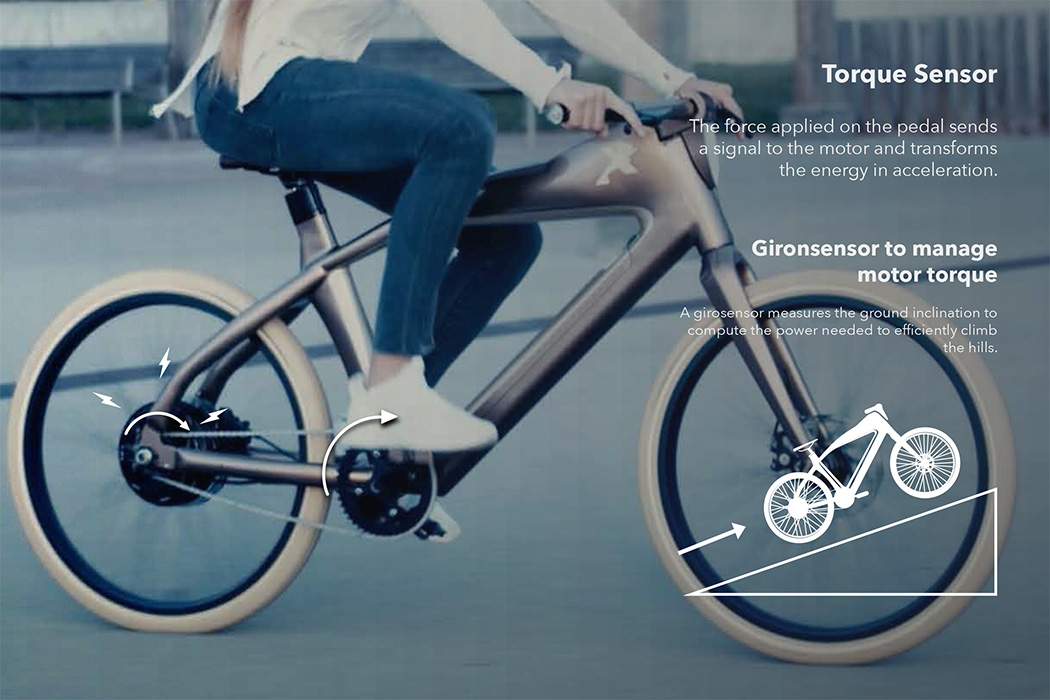 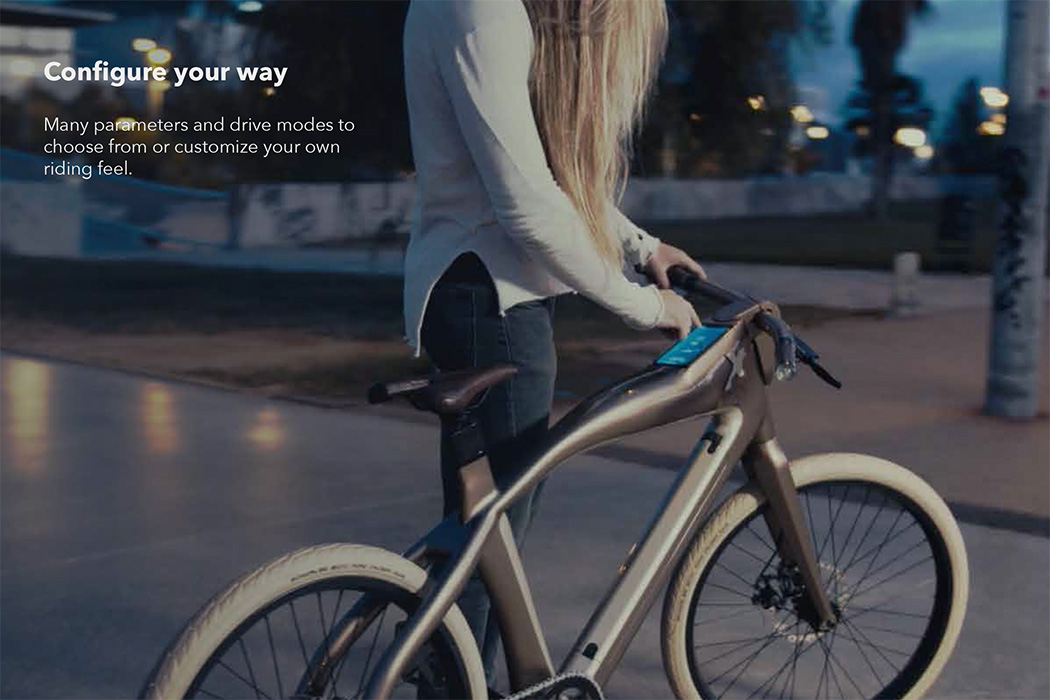 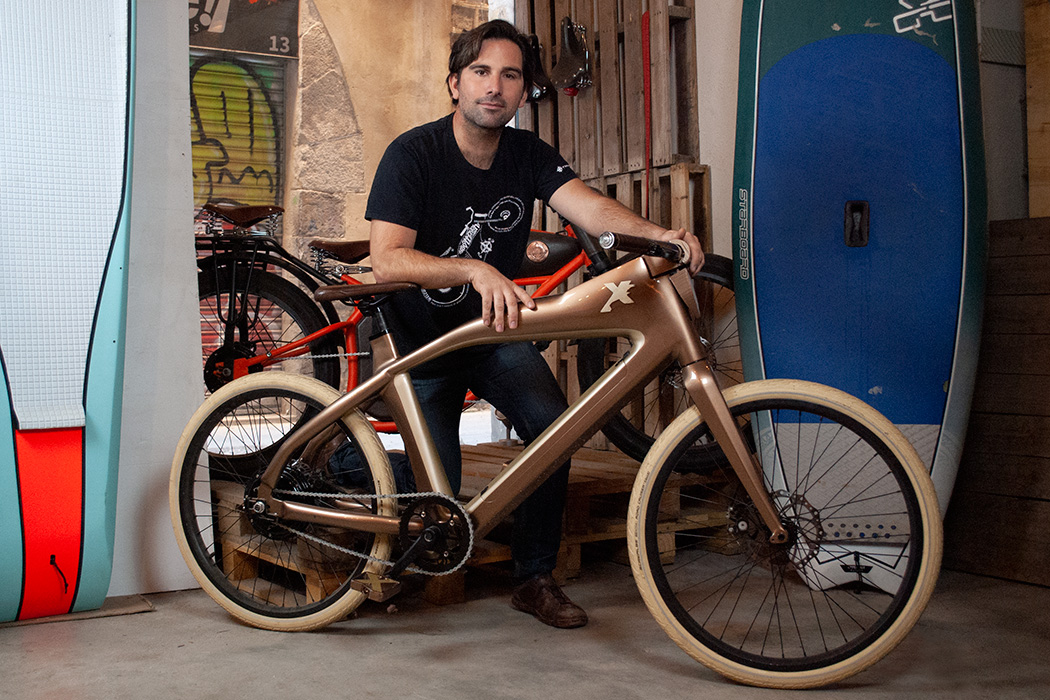 The fourth day of the fifth month of the year holds no scientific or religious significance, but still is one of the most pop-culturally important…

Tableware essentials such as spoons, cups, plates and bowls are classic designs whose forms have remained unchanged over time. While the majority of us find…

In the past, a camera’s shape was symbolic of the medium it recorded to. For example, 35mm film cameras were rectangular in shape in order…

When being in a shadow we feel safe and are able to wander to other realities even without efforts of our fantasy. Such was the…