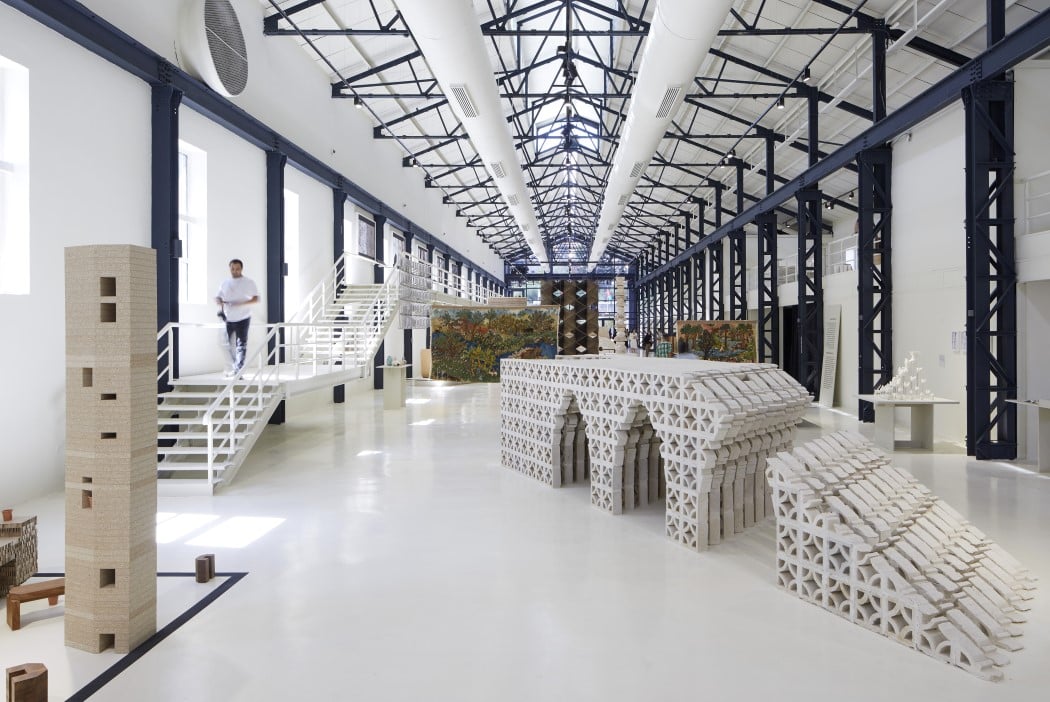 The beauty of keeping a theme as simply worded as “Possibilities” is that its interpretations end up being incredibly diverse as everyone associates the word ‘possibilities’ with something new. Some designers consider material possibilities, others look at possibilities for sustainability and the future, while some even tend to look at fixing problems of the past. Everyone has a different story to tell, and all these stories combine in the melting pot that is the Amman Design Week 2019.

At Amman Design Week this year, we look at how Possibilities can shape our ‘makeable’ future. The Amman Design Week has evolved from being a simple event to a movement to help design uplift life, and make life and culture enrich design in the kingdom of Jordan. The movement now spans more than just the design week, which gets held once every two years. During other times of the year, the design week aims at supporting and rehabilitating local creative organizations, reviving crafts, providing educational workshops and mentorship programs, and acting as the glue that binds all things creative and social in the country. Working towards building a future that’s design aware, ADW’s design week showcases two full years worth of growth and creativity. “We decided we didn’t want to do this [annual] factory-like production of events. It’s more about doing the right works and yielding the right results in terms of designer output”, said ADW Director Rana Beiruti.

We look at the Hangar Exhibition and the Student Showcase, curated by Noura Al Sayeh-Holtrop, a stunning combination of both professional and student work that encapsulate the theme of “Possibilities”. Some designs look inward at personal growth as a possibility, while others look at altering the environment and nature to create possibilities for the years to come. Some even look at how to preserve the past as we rapidly move into an uncertain future. Here are some of our favorite pieces. 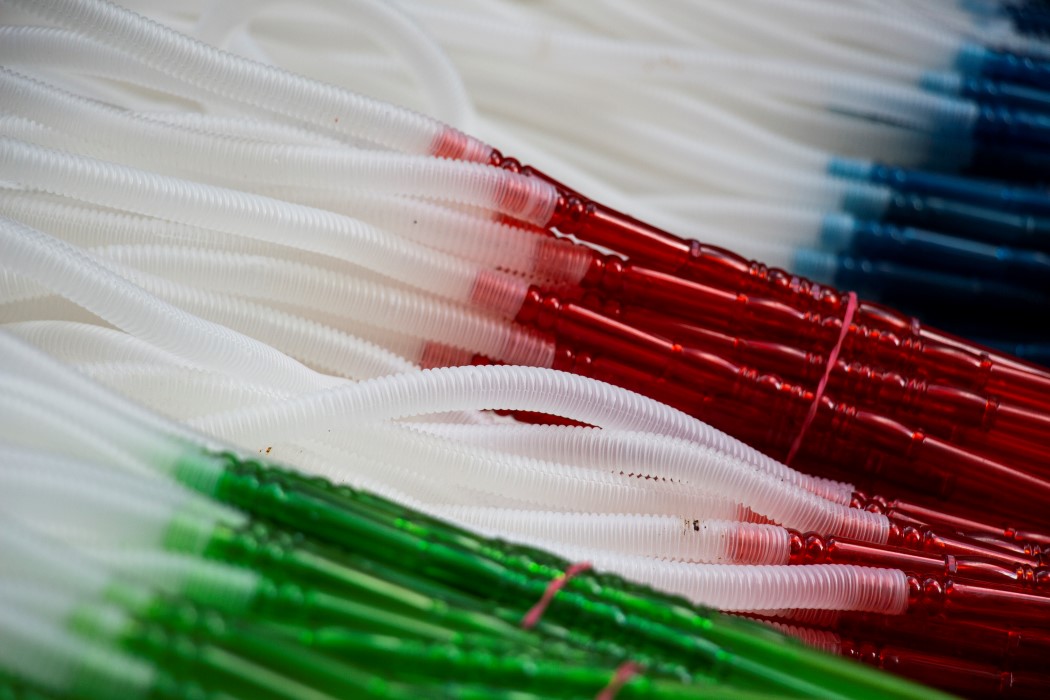 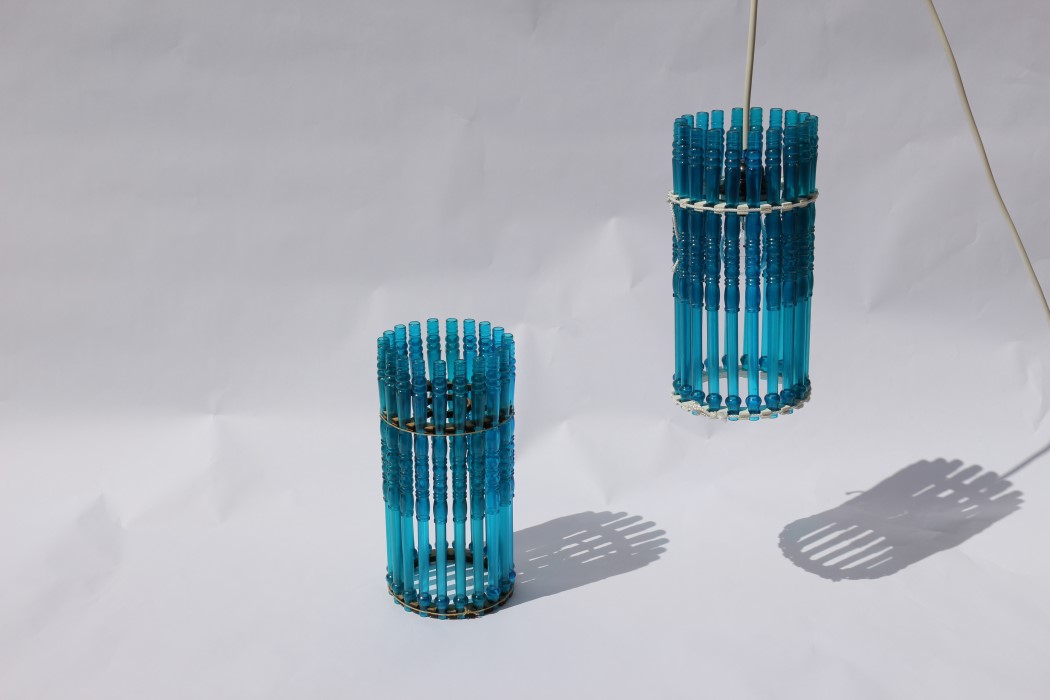 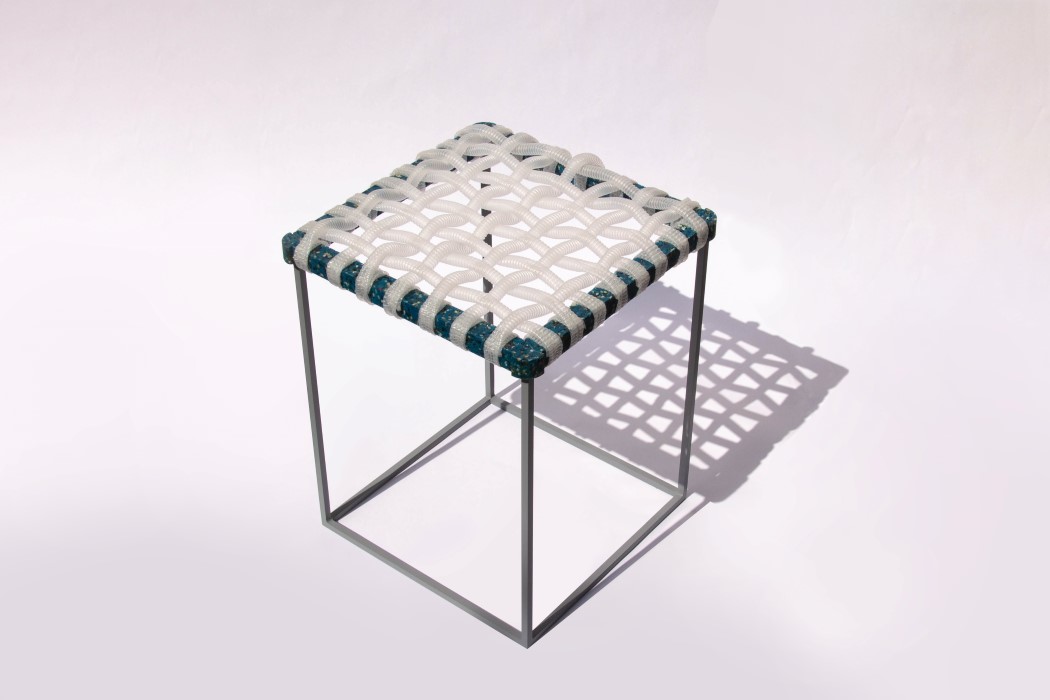 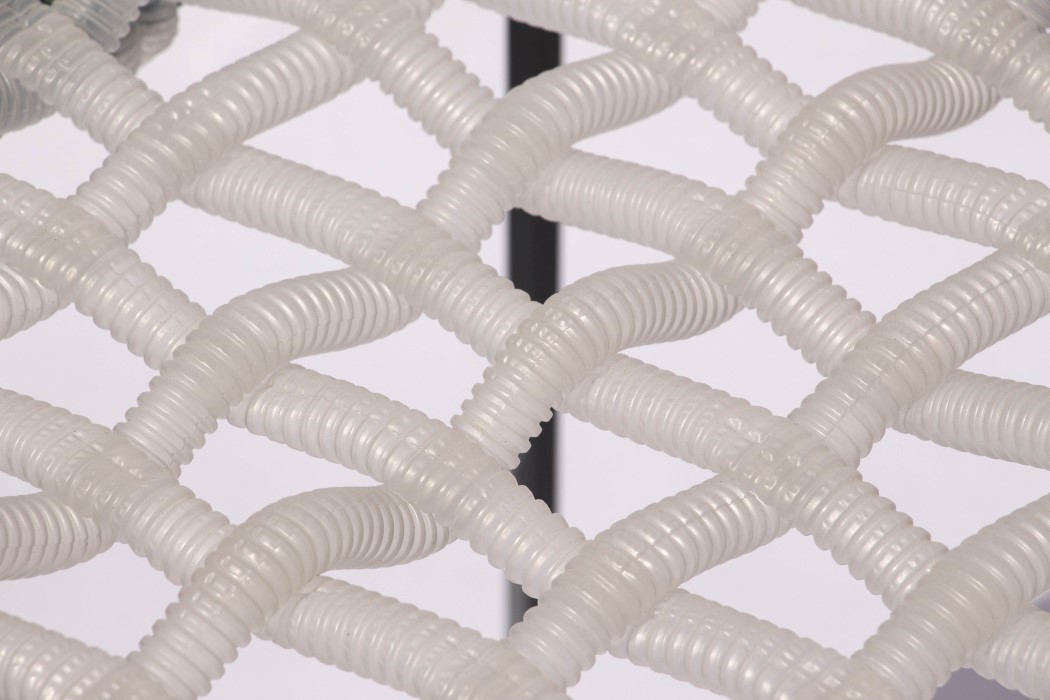 Bassam Huneidi’s project looks at reusing hookah pipes and mouthpieces. These products are crafted from plastic, and are often disposed of the same way one would a straw or plastic cutlery. Huneidi uses the mouthpieces, turning them into attractive lamps, while the pipes become a strong and stable material for woven furniture. 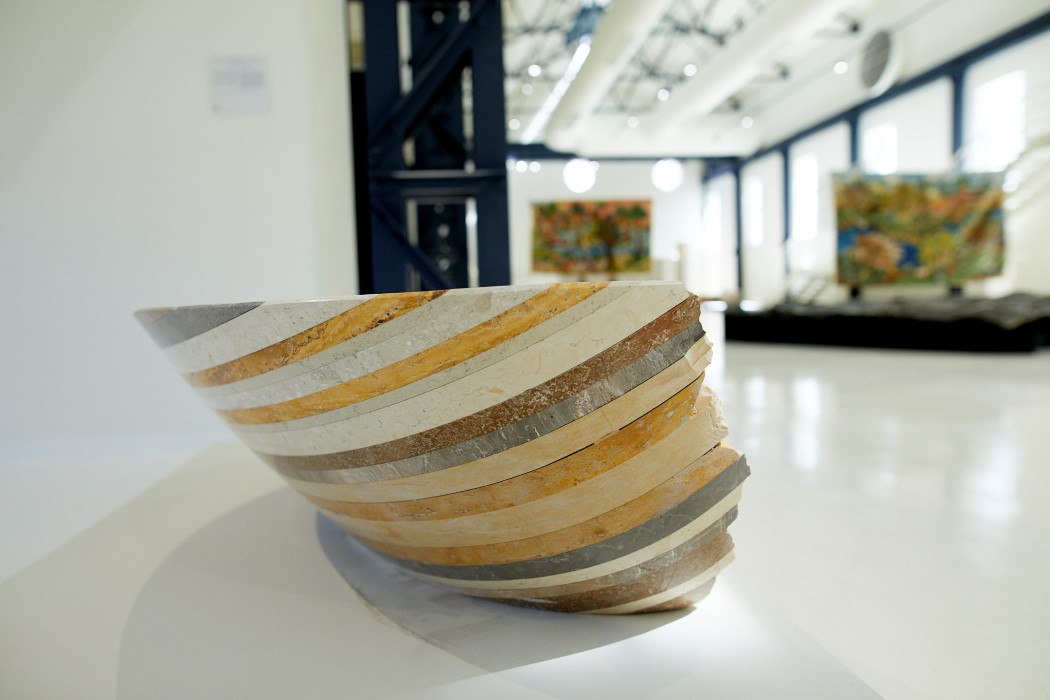 Kutleh’s cantilever coffee table uses a special ply-stone material, built by joining pieces of stone discarded during the slab-cutting process. These pieces are given a new lease of life as a completely different material, as they stack together to form uniquely striated blocks of stone! 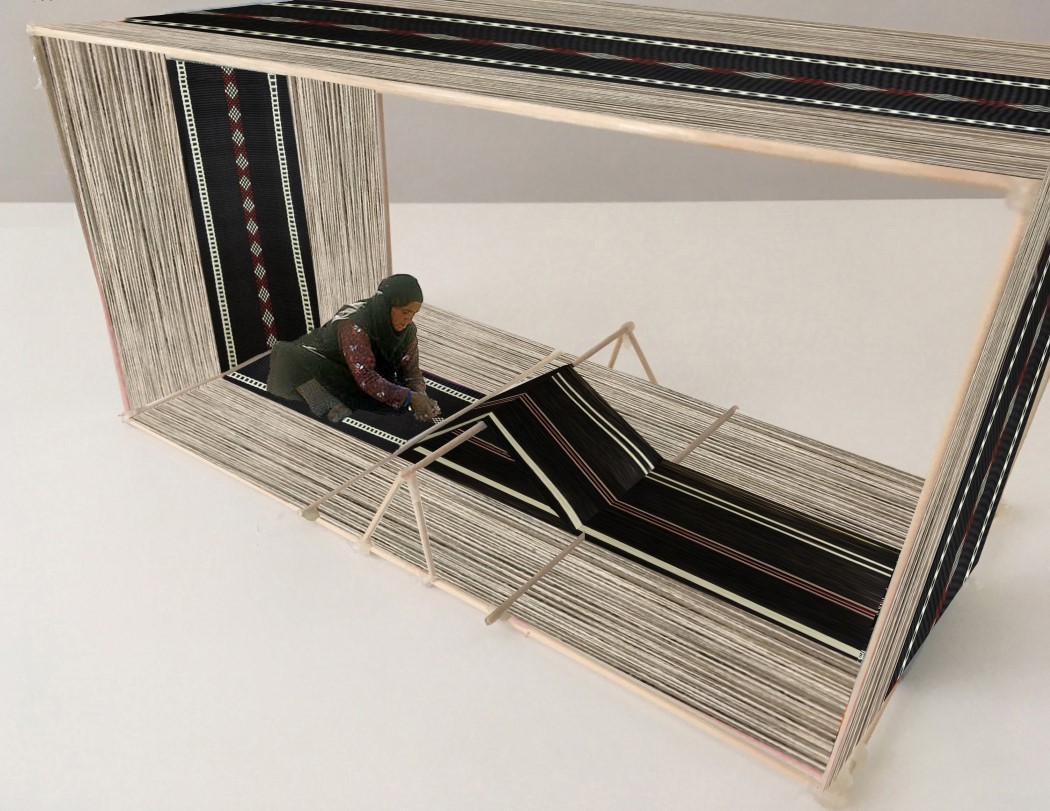 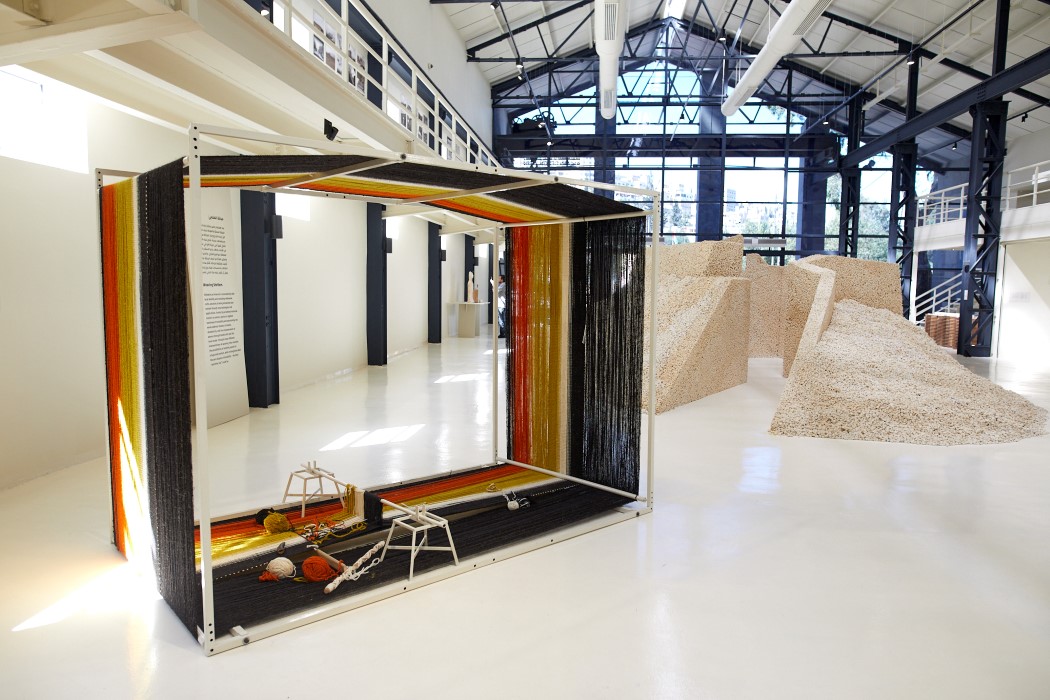 Designed by Ishraq Zraikat, this weaving loom becomes a poetic home for the weaver. Reflecting on the idea of creating both living arrangements and job opportunities, this loom looks at fabric as a way to not only create, but to live under. 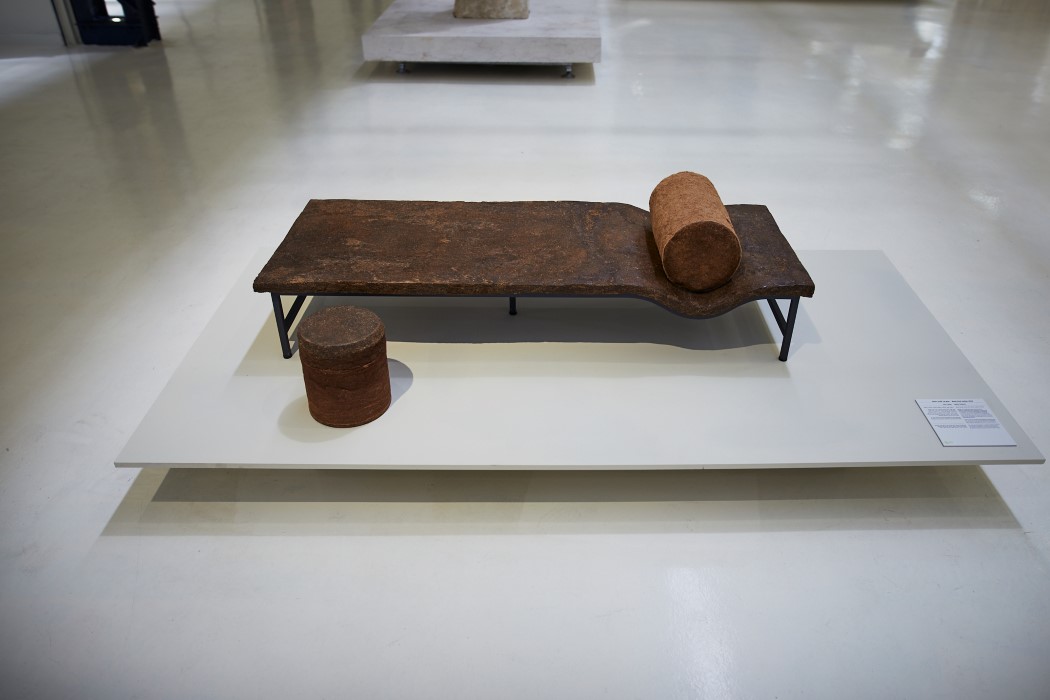 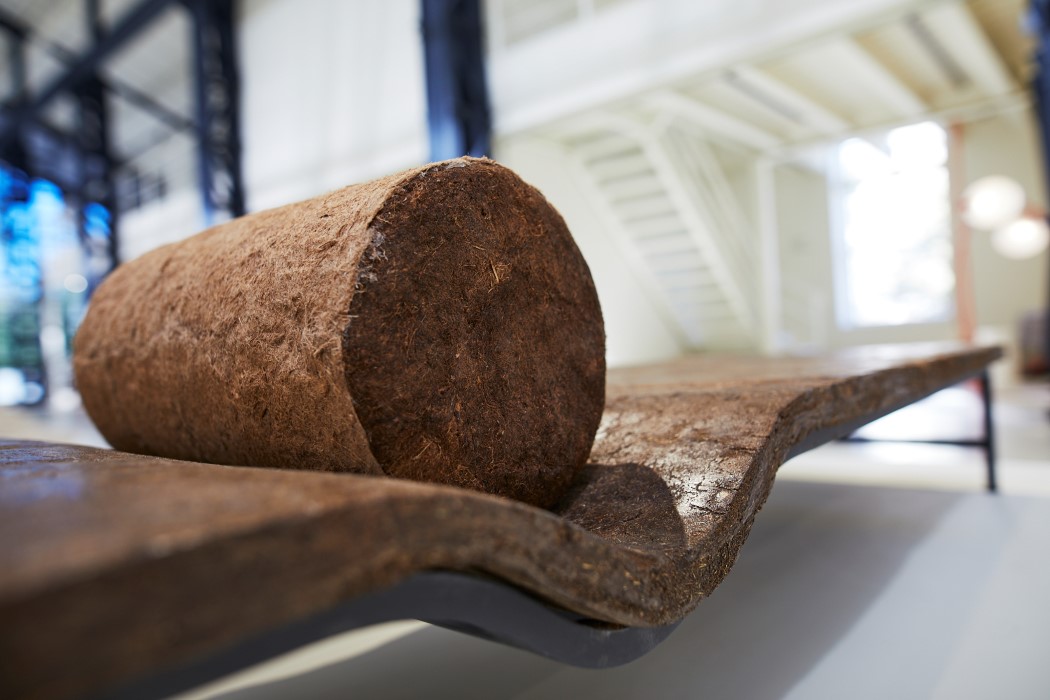 Jordan has a flourishing furniture craft, but doesn’t have any indigenous wood to create furniture. Sahar Madanat, founder of Studio Twelve Degrees, realized that wood as a material isn’t local to the country, but the talent is. Surprised at how the country imported tonnes of wood from neighboring countries, with no suitable local alternative, Madanat developed a new composite created from waste material including olive-wood pulp, which is found in abundance in Jordan. The new material is completely biodegradable, but possesses the consistency and hardness of MDF wood, along with a faint olive aroma. 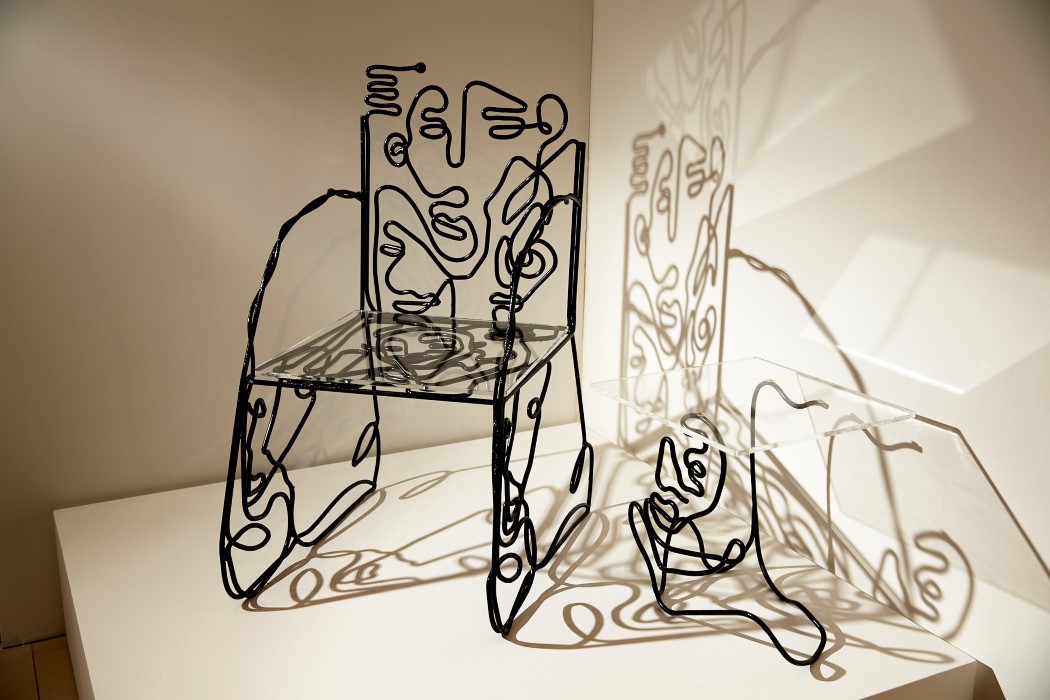 One of my favorite pieces from the design week comes from the student exhibition, where Sarah Sunna turned 2D doodles into 3D wrought iron furniture. This one-of-a-kind chair and table set showcase possibilities that span disciplines, allowing illustrators and interior designers to collaborate over uniquely appealing furniture art! 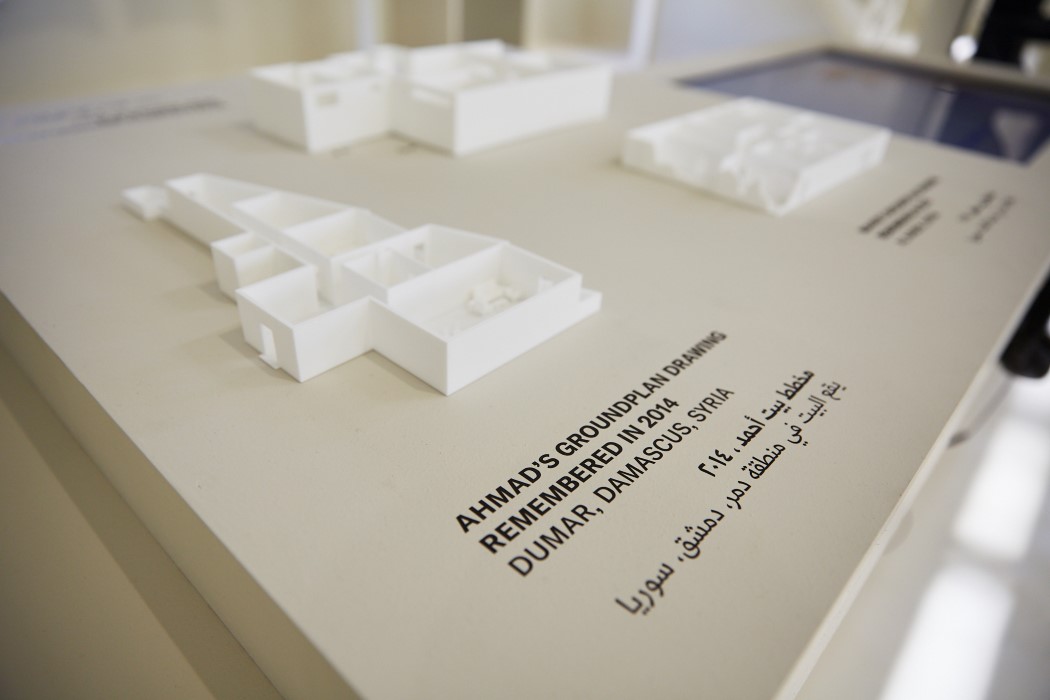 Foundland Studio’s project acts as a stark reminder of the past. After one of the studio’s founders’ parents had to flee Syria when the war broke out, they decided to preserve the memories of their past life, both the good moments and the bad. The project comprises a book that captures thoughts and recollections, alongside a 3D printed replica of their home which they had to abandon. 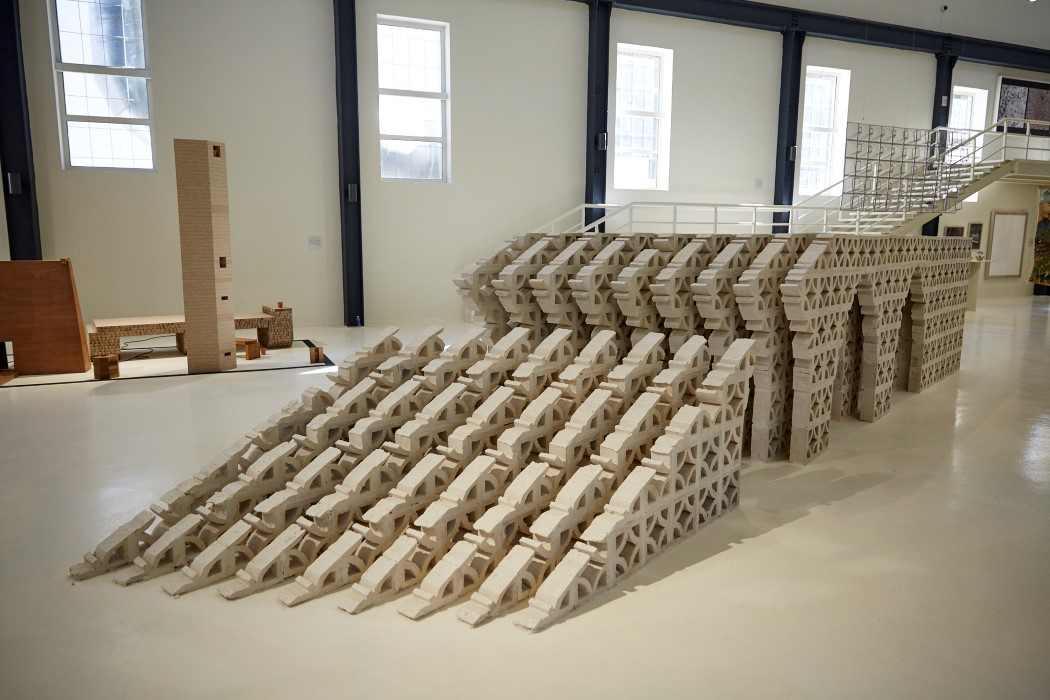 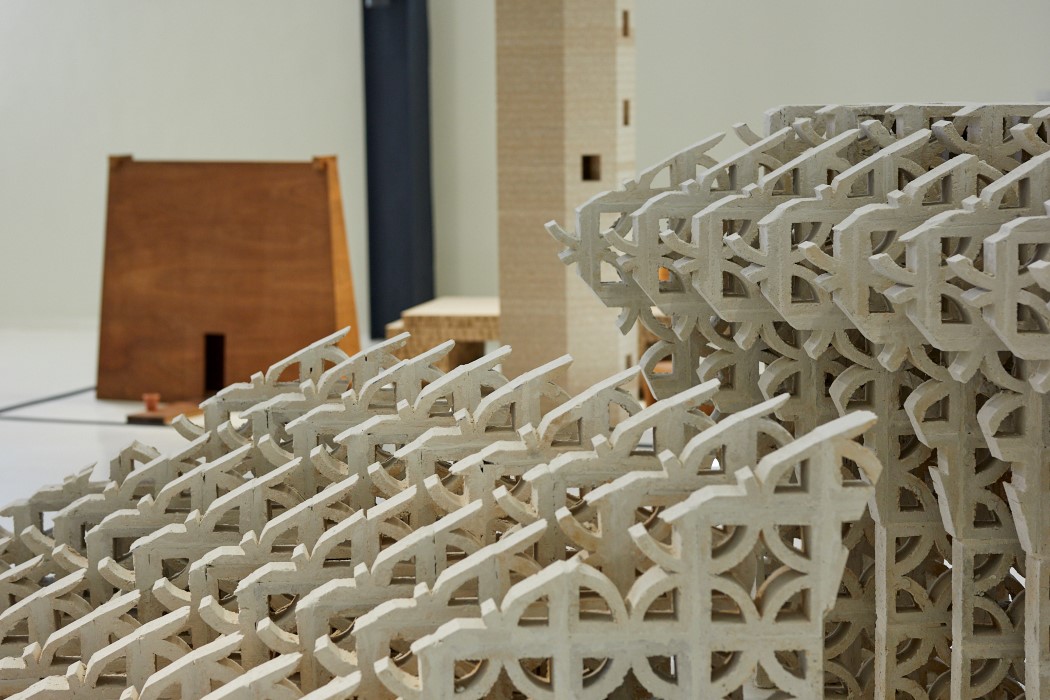 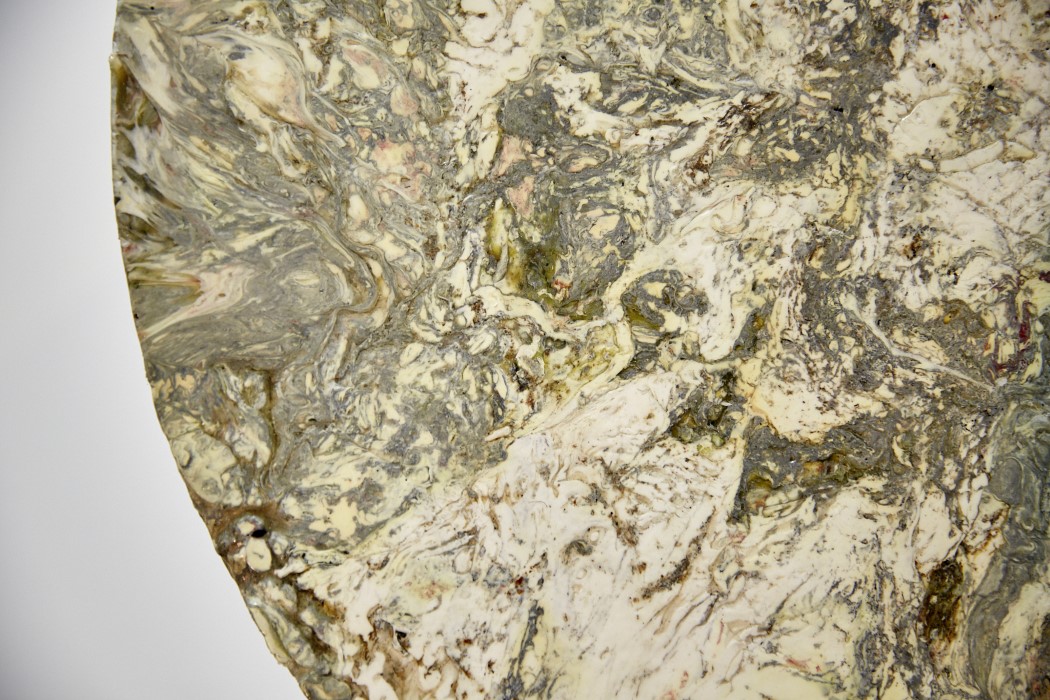 It looks like marble, but it is, in fact, plastic! Dema Mosleh found a way to recycle different scraps of plastic by melting them and combining them together to create a beautiful, dense, marbled material that looks exactly like marble stone. Each piece is made using waste plastic that would otherwise be thrown in a landfill or dumped into the ocean. Here, the plastic is transformed into a material that lasts long, while looking absolutely stunningly like stone! 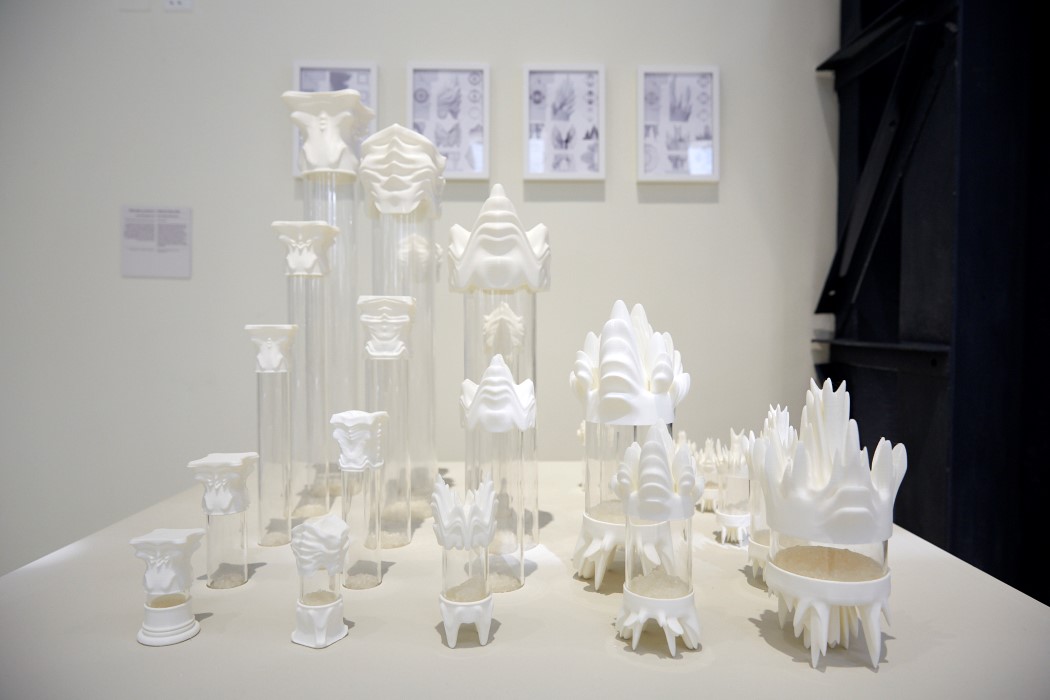 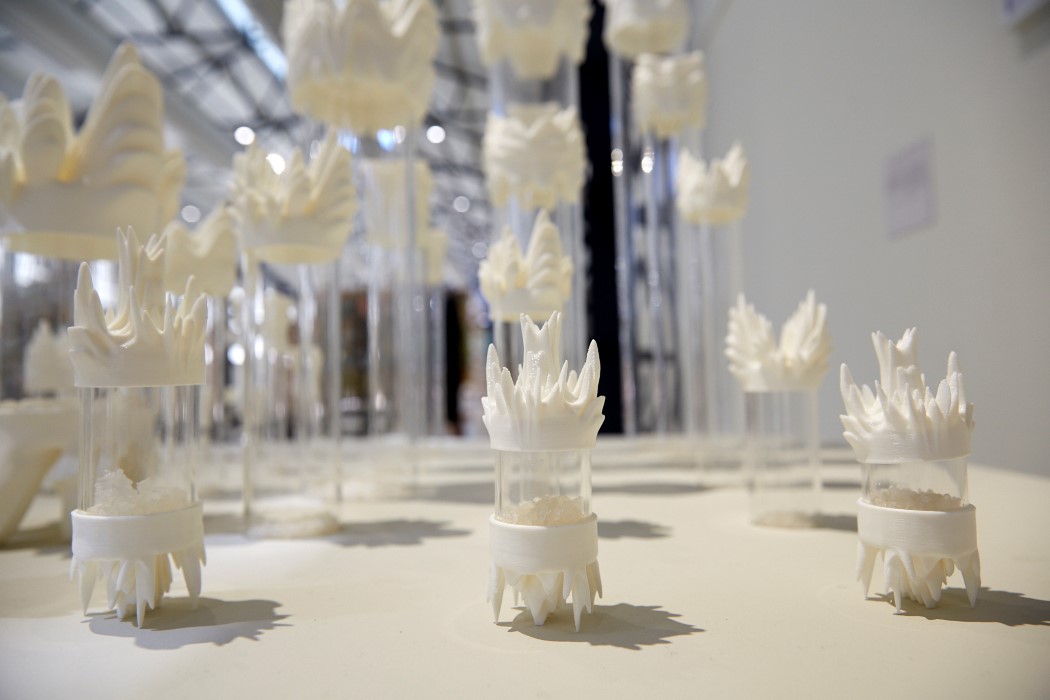 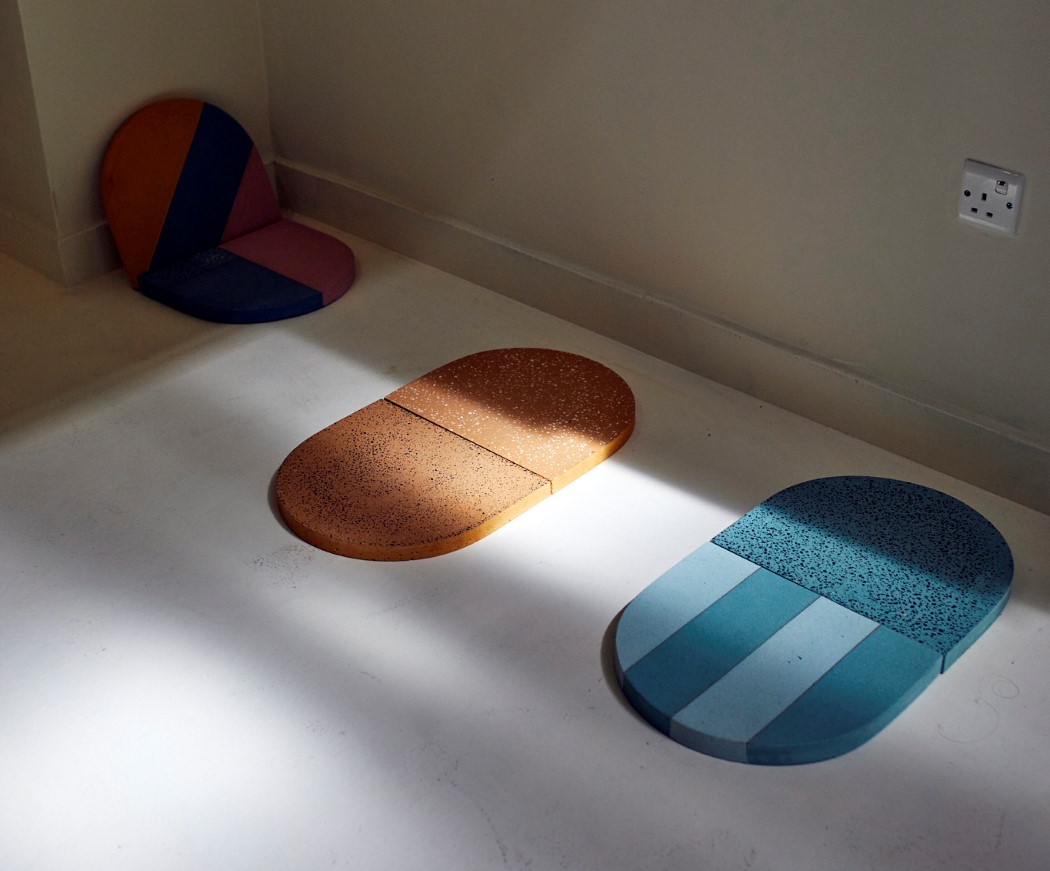 Terrazzo meets Pinterest with MORPH-X Design Studio’s exploration with the material. Terrazzo is a wonderful way of using cement and recycling stone chips not just for waste reduction but also for strength. MORPH-X Design Studio however puts an aesthetic spin on the material by dyeing the cement to create patterns and styles that bring a new appeal to the forgotten material, turning it into a material that high-end designers and architects would love to play with!

The Amman Design Week has been a catalyst for change in not just Jordan but the Middle East, for helping people see value in integrating design into societies and lives. ADW has helped to legalize and democratize 3D printing tools in the country, where 3D printers were banned up until 2017… and has also played its part to help rehabilitate Syrian and Palestinian communities plagued by wars. By nurturing a conversation around the possibilities of harmonious coexistence, of sustenance, and creative problem solving, Amman Design Week is doing much more than just showcasing design-work over a period of 7 days. It is, like all good design, helping create large-scale positive impact. 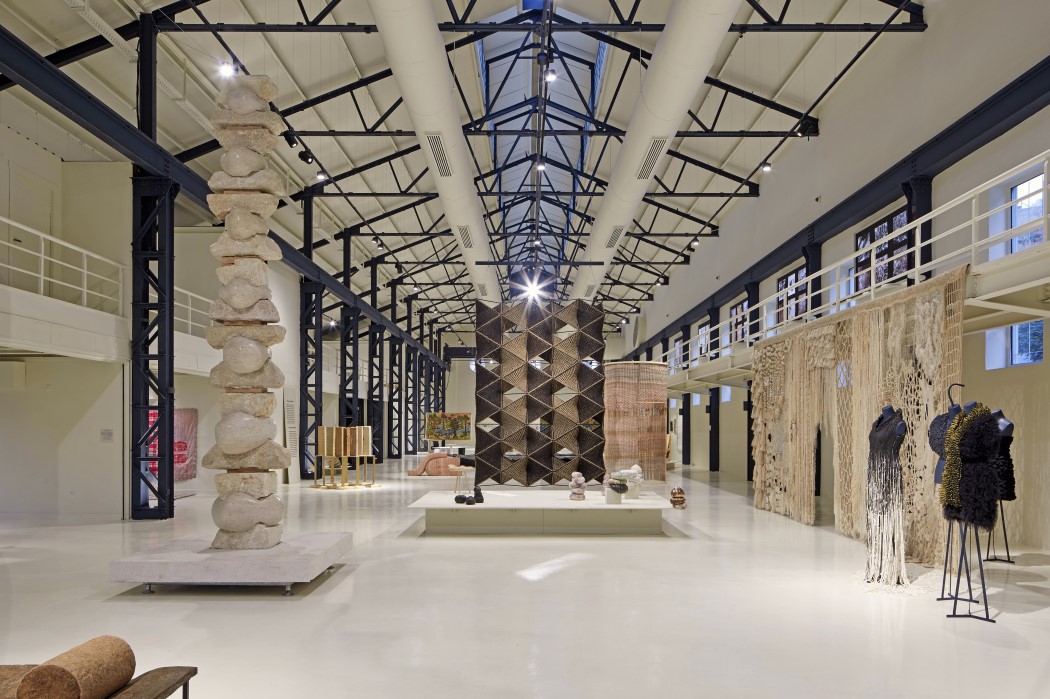 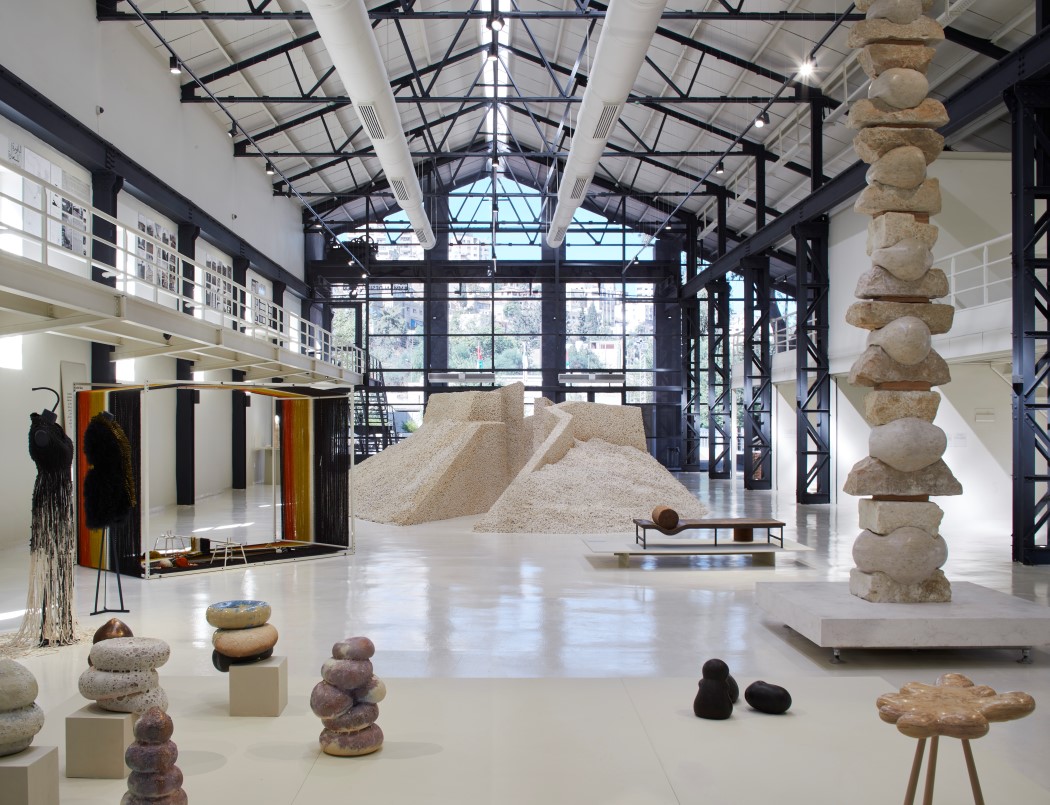 Modular lego-inspired furniture that can be hacked, customized, refurbished, & relocated

https://www.kickstarter.com/projects/aalo/endlessly-flexible-and-reusable-furniture-system-a I remember my reaction when I saw the first iteration of Aalo back in 2018. It was simple, sophisticated, and honestly made me wonder…