Remember when you wanted to blast music on your speaker at home but your dad kept yelling at you to keep it down? How about if I told you there were speakers that could channel their sound in a tight beam, so you can only hear the music if the speaker is pointed at you. If you move out of the speaker’s audio beam, you hear nothing. Sounds pretty neat, doesn’t it?

The SRAY speakers are the equivalent of headphones but they don’t sit in your ears. They throw audio in a beam, like a flashlight focuses light in a beam, illuminating only what you point it at. The SRAY work similarly with sound. Using ultrasonic propagation, these small speakers can bind audio in a unidirectional channel. Point the speakers at yourself and you hear the music. Point them even slightly away and its complete silence.

Sound spotlights, as the technology is often labeled, have been in development for a few years now. I remember seeing a video where someone used these unidirectional speakers to listen to music in a library. You could practically focus the audio towards a single line of people in a crowd, making the technology useful in places like roads and railways, where only people near the train tracks hear the train’s siren, or only the cars in front of you hear you horning, but not the cars beside or behind you.

While this technology is still pretty nascent, the guys at CatchFlow figured out how to shrink it down to a handy size, and democratize it so anyone can access the technology. You can use the SRAY speakers to listen to podcasts, music, driving instructions, or practically any audio without disturbing the person right beside you.

The SRAY is the world’s smallest commercially available ‘sound spotlight’ speaker. It’s practically small enough to fit in your palm, which says a lot for a technology that’s relatively new, and challenging to shrink. The SRAY is capable of providing a uniquely private listening experience by focusing the audio in a thin beam using ultrasonic vibrations.

This allows only the people in the path of the audio beam to listen to the audio, making it great for public services, museums, libraries, transportation, or even at home when you’re around other people who don’t necessarily want to listen to the football game. The SRAY comes with its own stand, allowing you to easily position it in the direction you want, and uses low power too, allowing you to hook it to a power bank for endless hours of use.

That doesn’t stop the SRAY from being a regular speaker. A simple switch allows you to turn the unidirectional speaker into an omnidirectional one. A second audio driver within the SRAY lets it work like a regular speaker, throwing sound in all directions and allowing everyone to hear what’s playing on your phone, the radio, or any device connected to it.

This ability is truly what makes the SRAY such a remarkable speaker. Its unique technology allows it to give you the oomph of a Bluetooth speaker, but also the privacy of a pair of headphones without damaging your ears… And with the ability to seriously impress and shock the people who experience its magic! 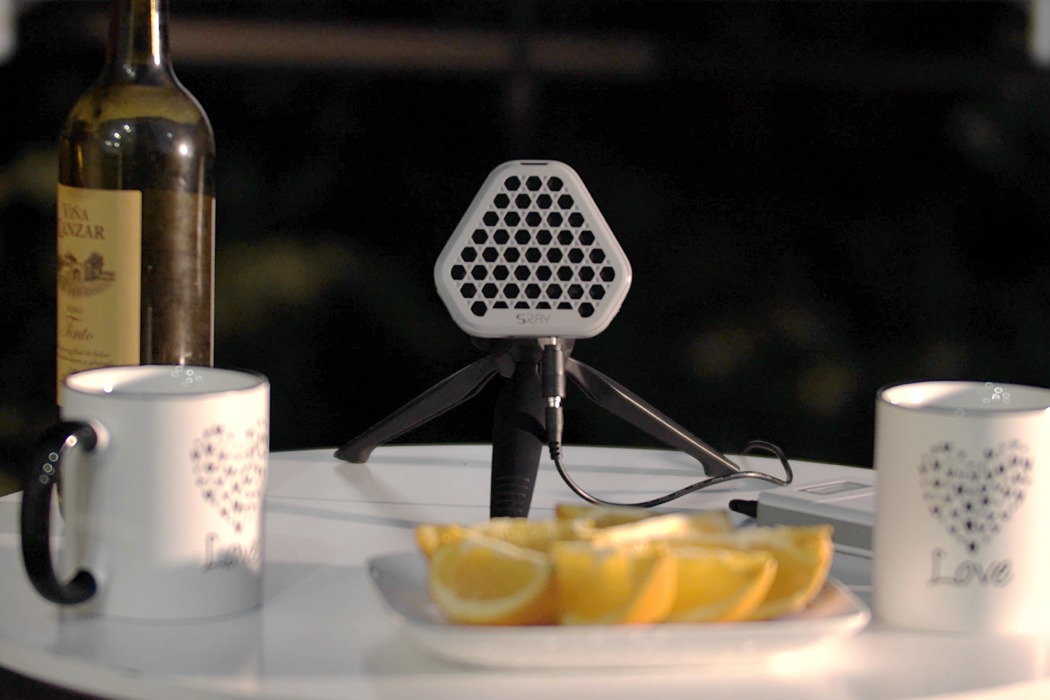 A headphone-replacing speaker, that generates sounds only you can hear. It is the smallest directional speaker that creates fields of sound which spread less than most traditional speakers by ultrasonic waves. 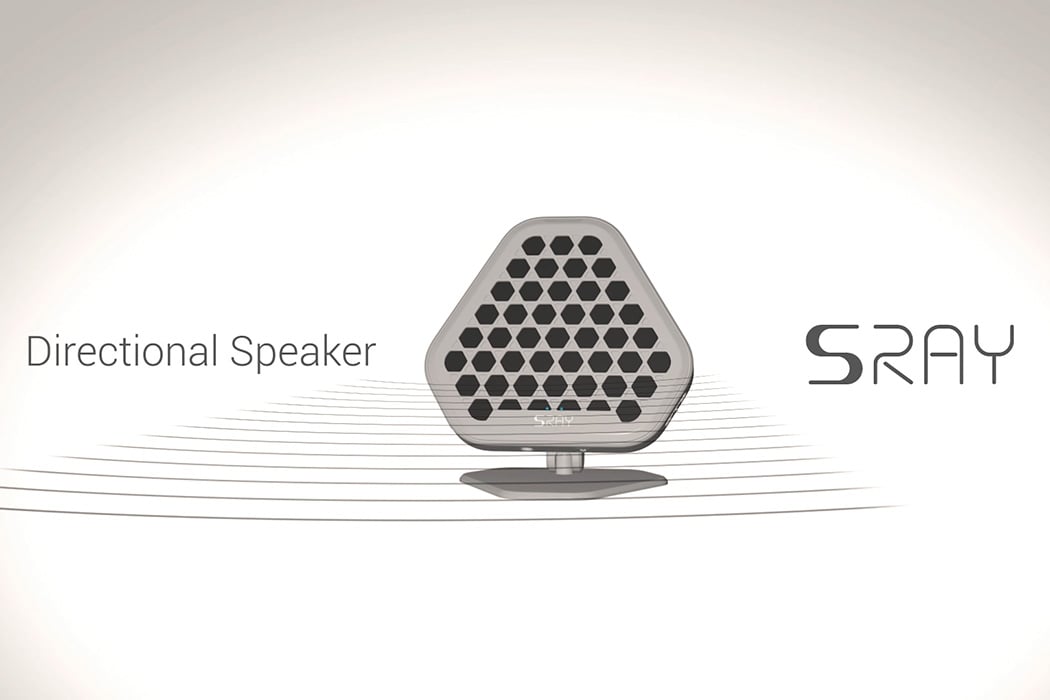 SRAY generates ultrasonic waves modulated with audio signal and as they pass through the air they modulated and sound can be.

SRAY produces a directional beam of sound, sort of like a spot light for sound. This means if you are standing in front of SRAY when it’s on, you will hear the sound it produces. If you step to the side, you won’t hear anything produced by SRAY. In comparison, the speakers we are used to tend to emit sound radially, filling an entire space around it with sound.

All of The Sound, None of The Noise 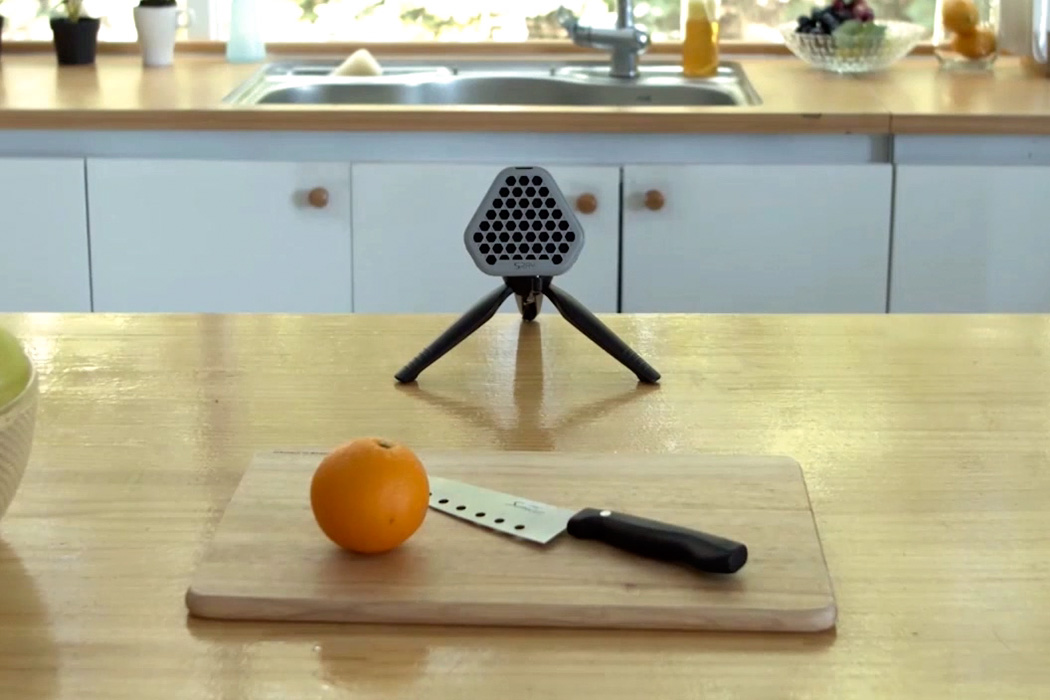 Earbuds or headphones enable you to listen with disturbing nobody. However, headphones and earbuds cause damage to your ears the same way other loud noises too, resulting in what audiologists call ‘noise-induced hearing loss (A.K.A NHL)’. Over time the sounds from your headphones cause the hair cells in the cochlea to bend down too much or too severely. If they don’t get time to recover, the damage can be permanent. 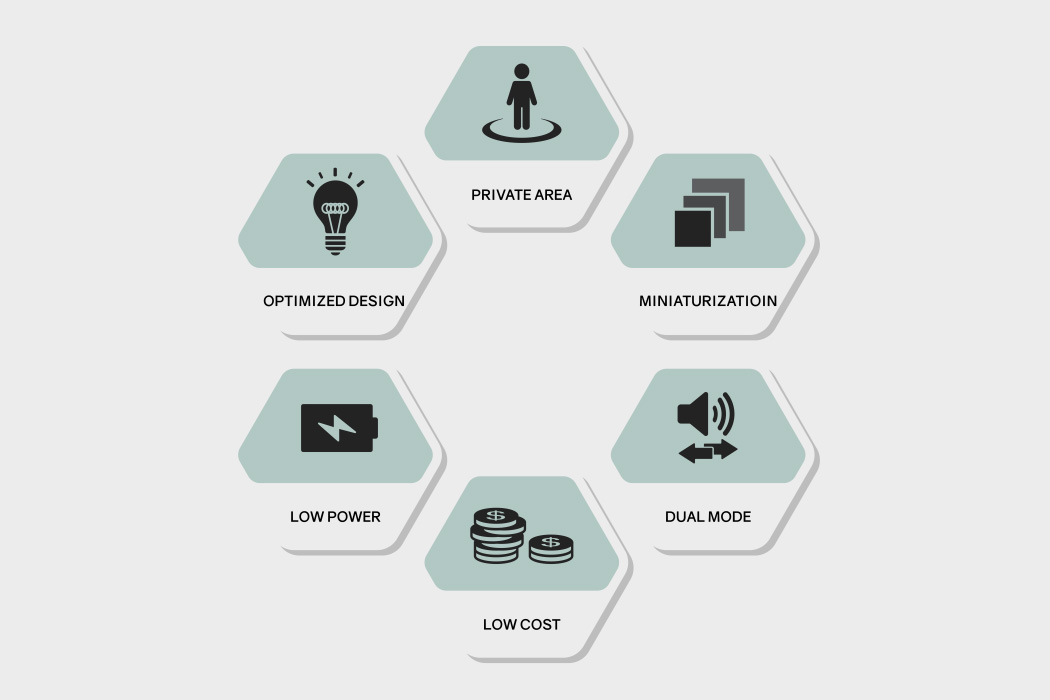 Private Area – SRAY brings focused audio to target audiences without disturbing anyone. By user experience, the existence of different sounds can be possible.

Dual Mode [Parametric/Hybrid/Normal] – Do you want to share what you hear with people around you? SRAY can assure you. Convertible modes are available depending on the situations or environments.

Low Power – SRAY fits in everywhere due to low energy consumption. Indoor, outdoor, even in the car. 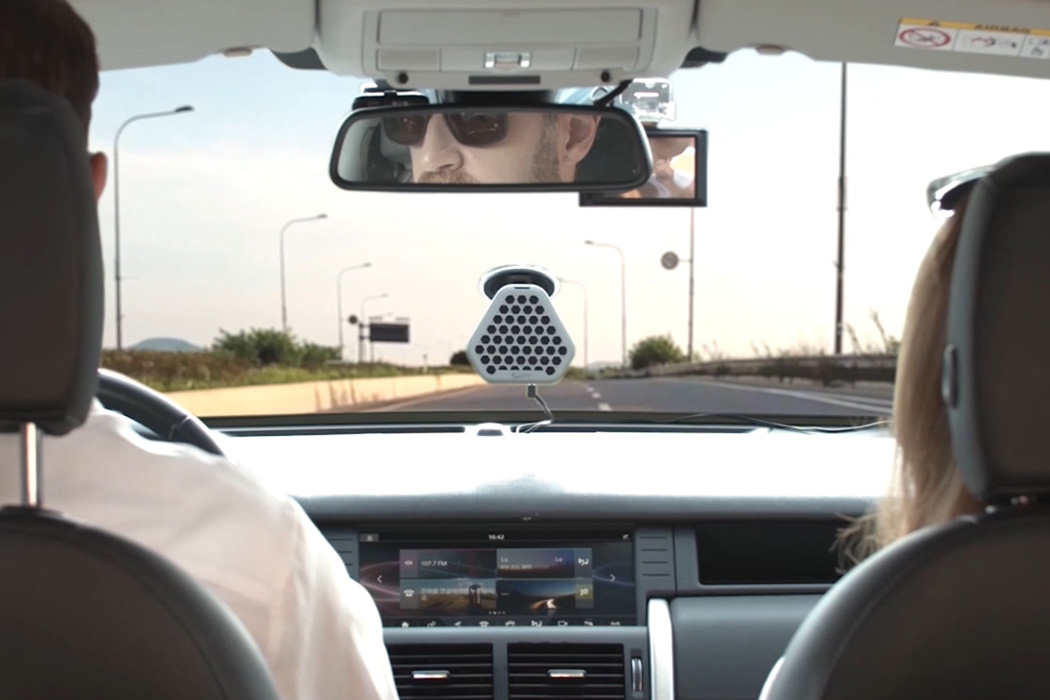 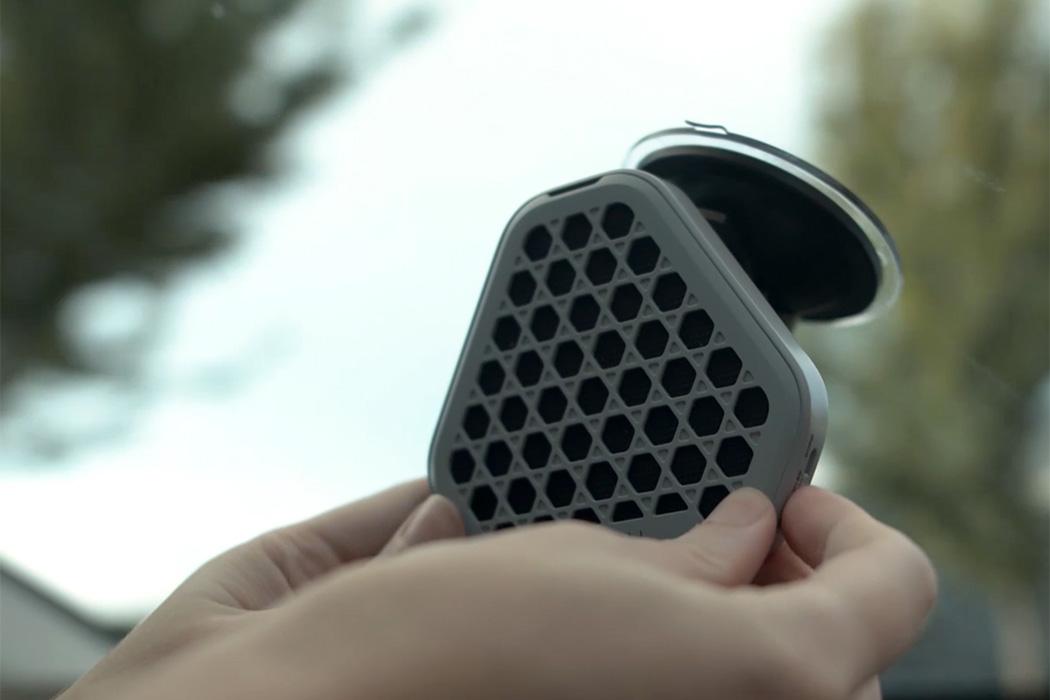 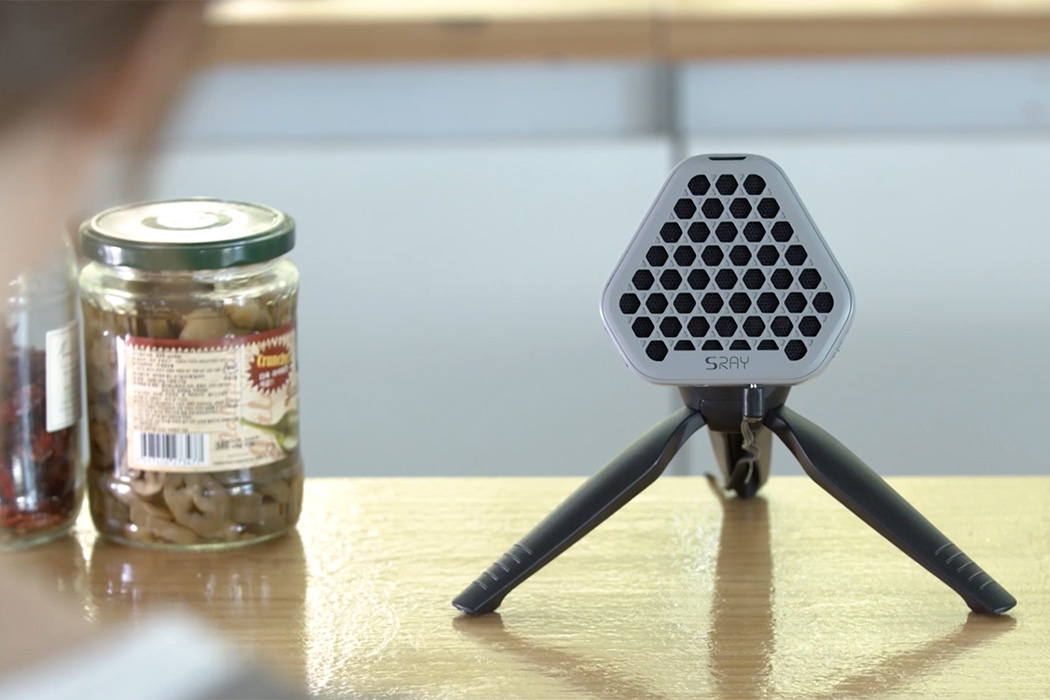 Anyone who’s ever been through a hair dye disaster will dig this design! Unfortunately, it’s not uncommon to end up with a color tone that’s…

This tent was designed to amplify the camping experience

This new-generation outdoor tent is a nature-interactive and energy-independent tent with two main parts: the Solar-Air Tube system that generates electricity from sunlight and creates…