It only seems fair that kids learn how to play the guitar on a guitar that’s designed for them, right? I mean, you don’t teach a 6 year old how to ride a bike on an adult-sized bicycle. Back in 2010, Loog was started by Rafael Atijas as a Master’s Thesis at NYU. It slowly, over less than a decade, grew into a movement that saw support from thousands of children, parents, teachers, and even musical legends from bands like The Rolling Stones, Metallica, and Johnny Marr. The Loog is essentially the child-bicycle equivalent of a guitar. Scaled down to fit a child’s frame and hands, the Loog is a miniature electric guitar (available in 3 and 6 string formats) for children to learn to play on. It comes with an in-built amplifier, so you don’t need to invest in an external amp (or worry about hassled neighbors), and even packs flash-cards that teach children guitar essentials, and an augmented-reality-enabled app that can help kids learn to master the instrument at a young age… because the best time to learn an instrument is when you’re young, right?

The Loog comes in two formats. The 3-stringed is easier to teach younger kids, because getting kids to play bar-chords early is difficult (I still can’t master them and I’ve been playing the guitar for over a decade). Still completely playable, the 3-stringed guitar helps kids master the easier chords (which usually comprise of just 3 notes), and comes in a Mini, the smallest size available, and a Pro, which is perfect for kids above the age of 6. The Pro VI is a 6-stringed larger version for kids entering their teenage years, and is essentially a proper 6-stringed electric guitar scaled down to be kid-friendly. Each guitar comes fashioned with all the embellishments you’d expect in an electric guitar. Loop-pins for a guitar-strap, volume and tone-knobs, a quarter-inch jack output for an amplifier, and even an in-built amp that allows the kid to play the guitar anywhere without needing to lug an external amp around. Oh, it even backs built-in distortion, because what fun is an electric guitar without that recognizable rock-flavor?

Designed as more than just an instrument, each Loog comes with an entire educational component that guides kids through the music process. Flash-cards help kids pick up chords to play, while the app uses augmented reality to guide learners through more complex routines. The app even helps kids figure out how to tune their guitar, and an in-built songbook helps them pick up popular guitar-friendly tracks (because personally, kids need to listen to more Queen and less Marshmello, amirite?)

But more than anything, the Loog isn’t just a tiny guitar or an app, no sir. It’s an ecosystem designed to get children interested in playing a music instrument… which, as a child who was pushed to learn singing at the age of four, and the guitar at the age of twelve, I can definitely attest is an incredible thing. More children should learn how to play musical instruments. Music can have a calming effect on children from an early age, help them acquire better motor skills and hand-eye-coordination, and form closer bonds with other kids and people through the power of the instrument. Let’s just also admit that the Loog makes any kid look like a complete rockstar!

On a side note, the 6-string model is totally suitable for adults! 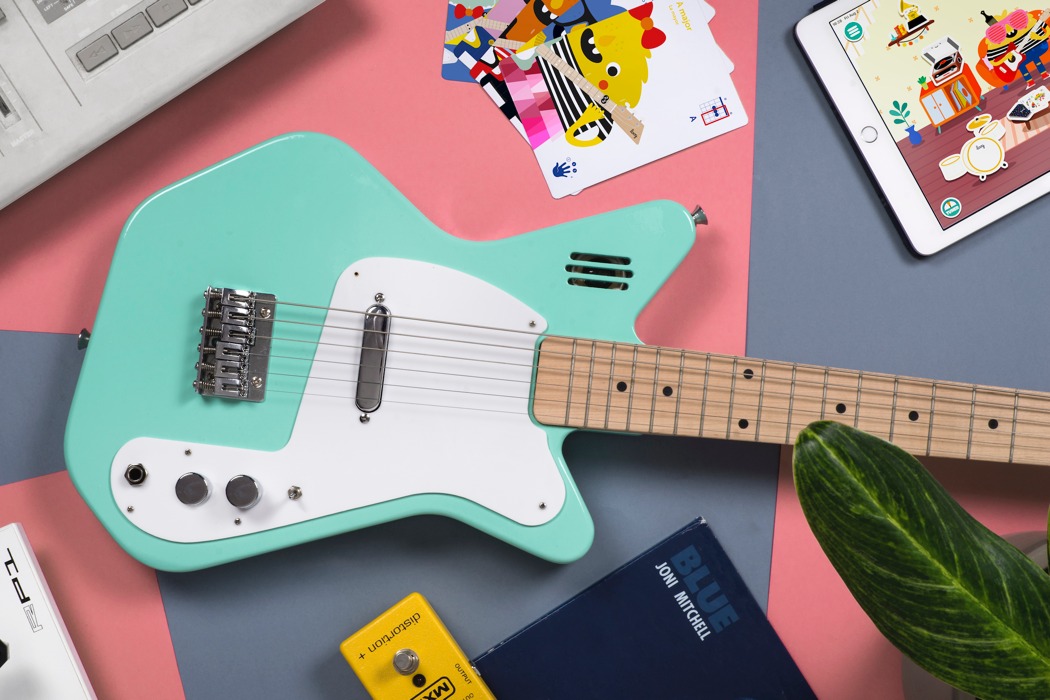 Electric guitars designed to make it fun and easy to play music. Loog guitars come with flashcards that teach you how to form chords, and an app that gets you playing songs on day one. They have songs by The Beatles, The Stones, Taylor Swift, Bruno Mars and more, and you can play karaoke-style and learn through Augmented Reality.

Who Is It For? 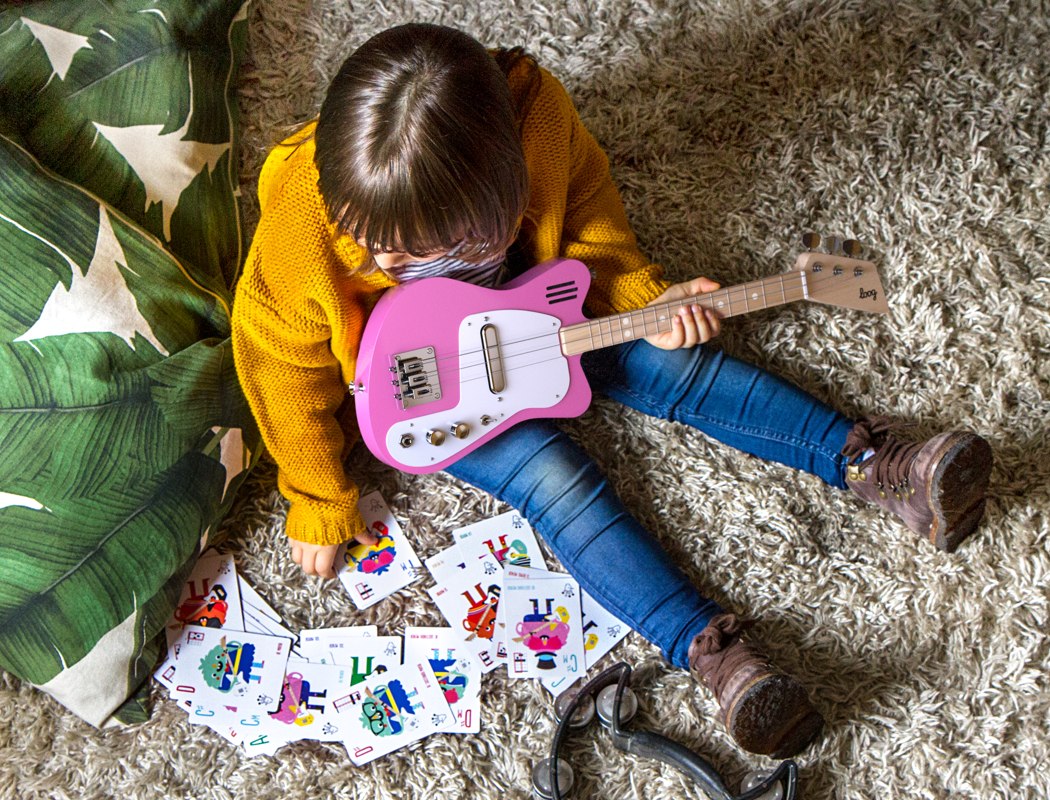 Anyone who ever wanted to play guitar! Loog guitars are especially helpful for children, who can easily -and comfortably- form chords on Loog’s slim 3-string neck.

Learn on a Loog. Play Any Guitar 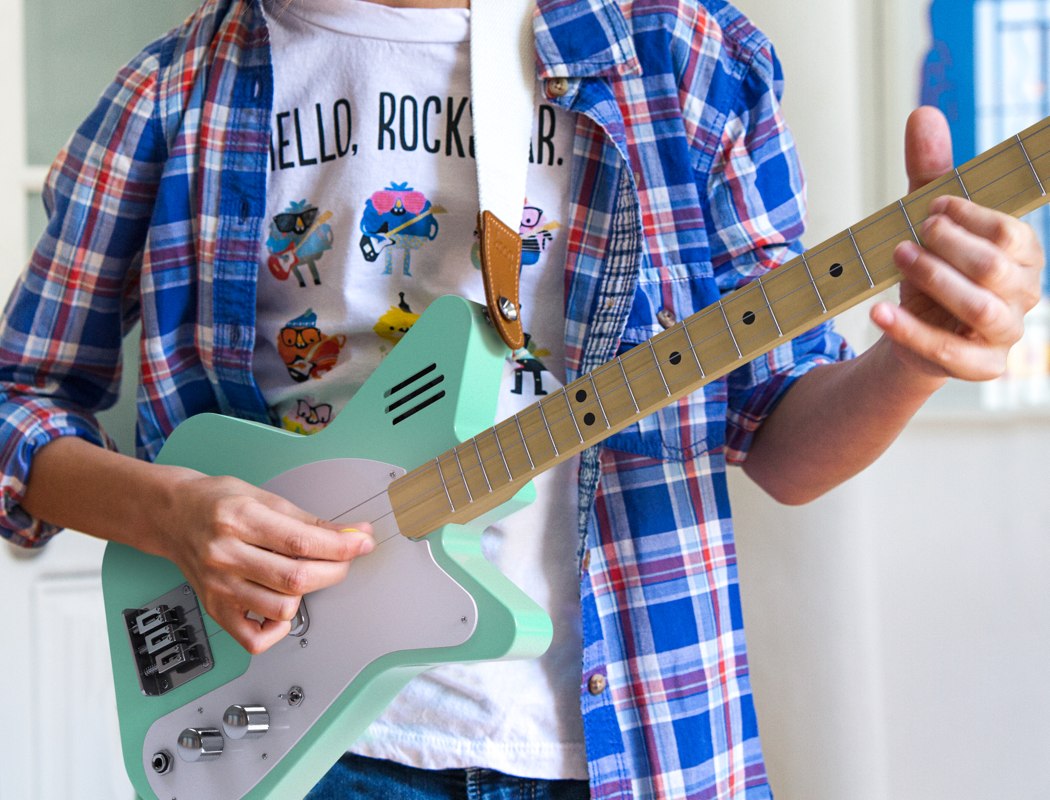 Their 3-string guitars use the first three strings -and tuning- of a regular guitar. Therefore, finger placement and everything you learn can be applied on a 6-string guitar too. It’s a seamless transition, approved by educators, that allows kids to learn on a Loog and then play any guitar. 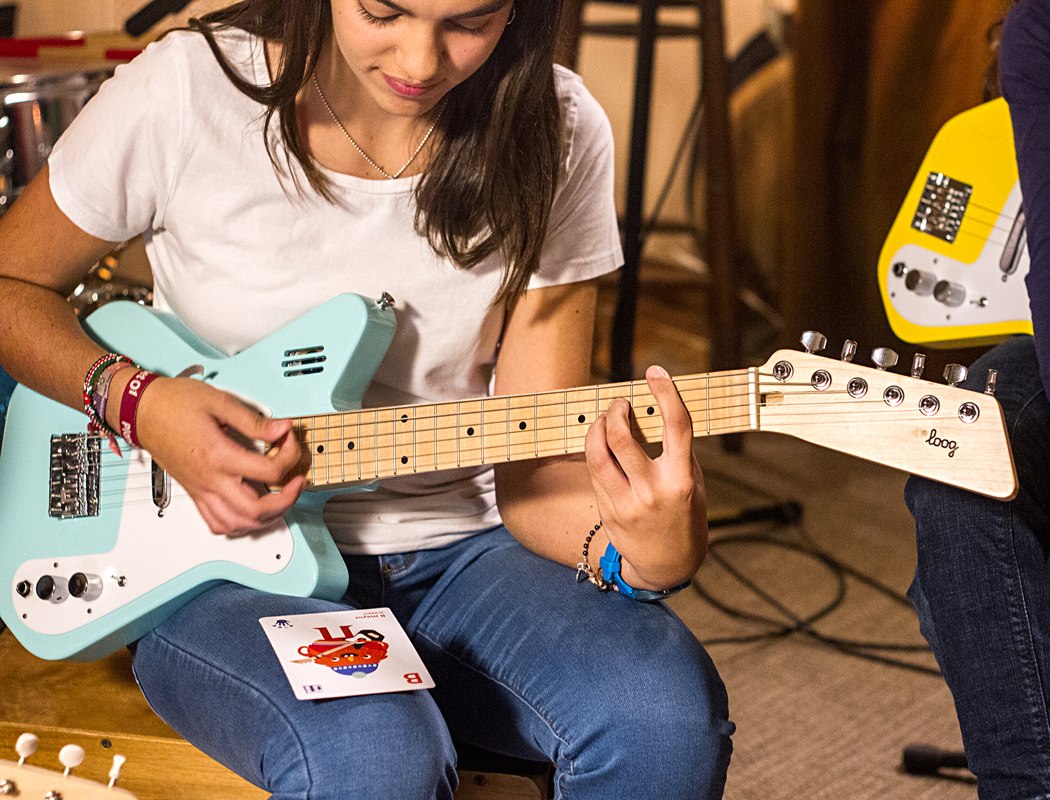 And for grown-ups and those who are ready for a 6-string neck, they now offer the Loog Pro VI: a 6-string guitar that also pairs to the Loog app, allowing you to learn guitar through Augmented Reality! 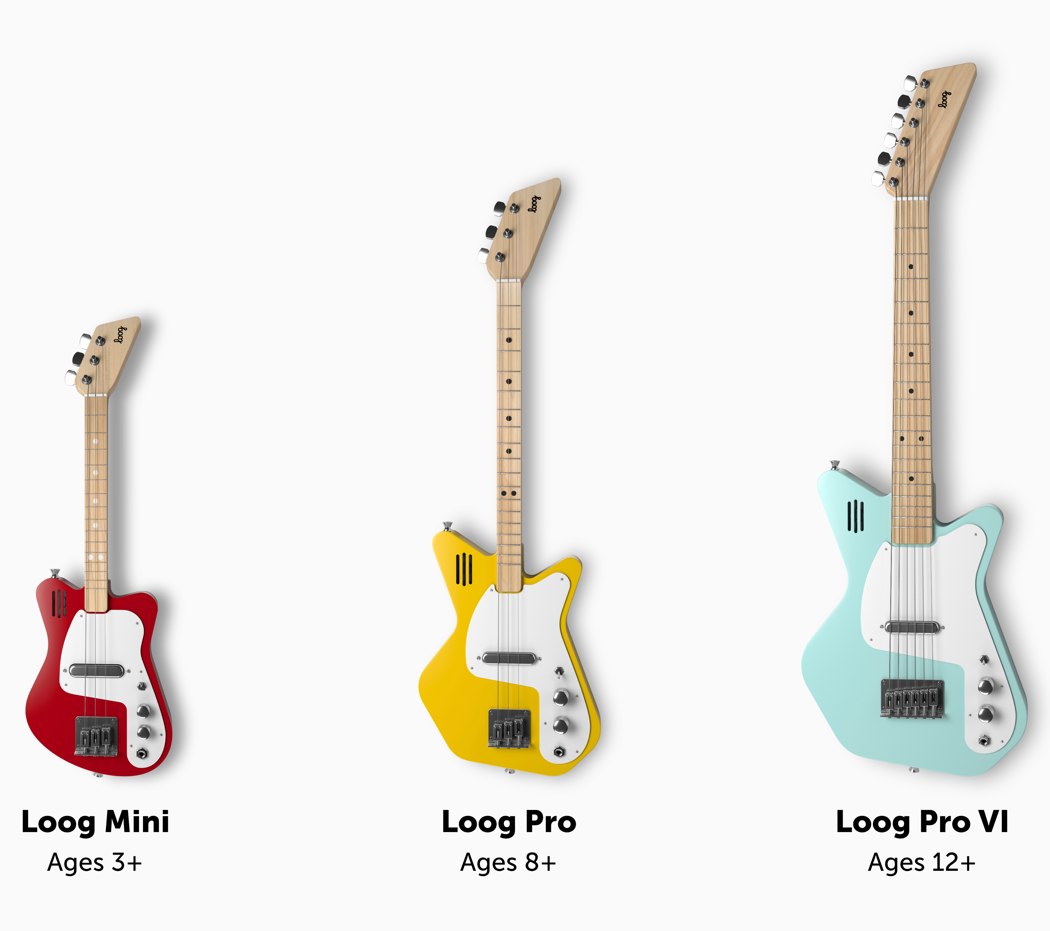 The Loog guitars come in three sizes. And have a built-in amplifier and speaker. And they did it in a quite subtle way; there’s virtually no extra weight, no awkward knobs or controls.

Here’s a demo of the Loog Pro VI Electric. Sound is from the built-in amp and speaker. You can still plug your Loog to an external amp if you want to. (Side benefit: Your Loog is now a pretty cool travel guitar!) 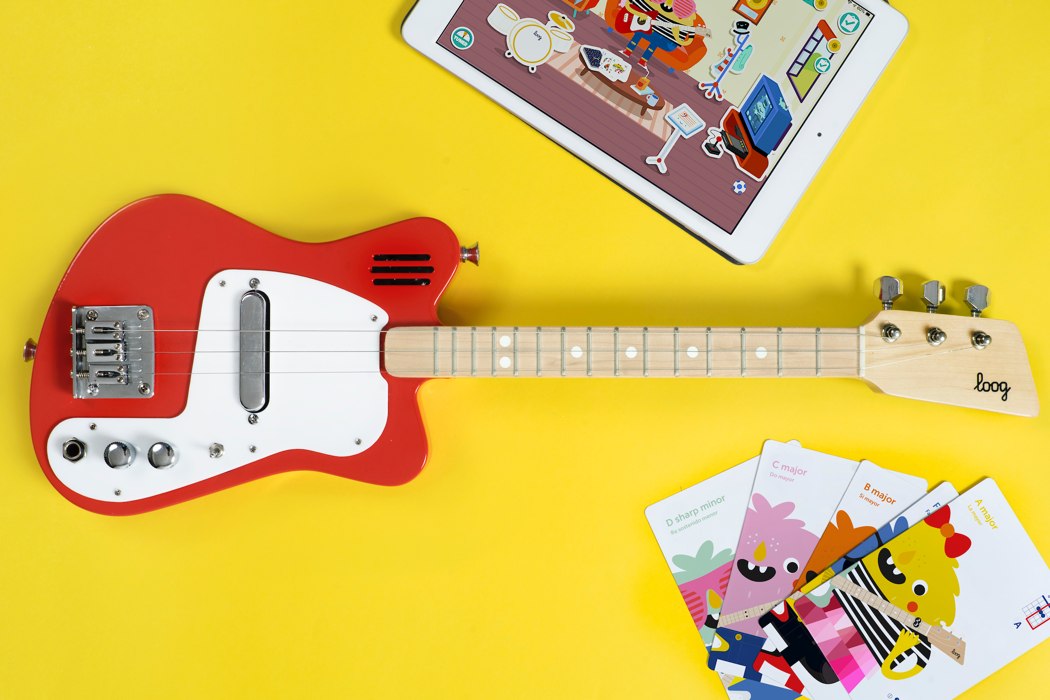 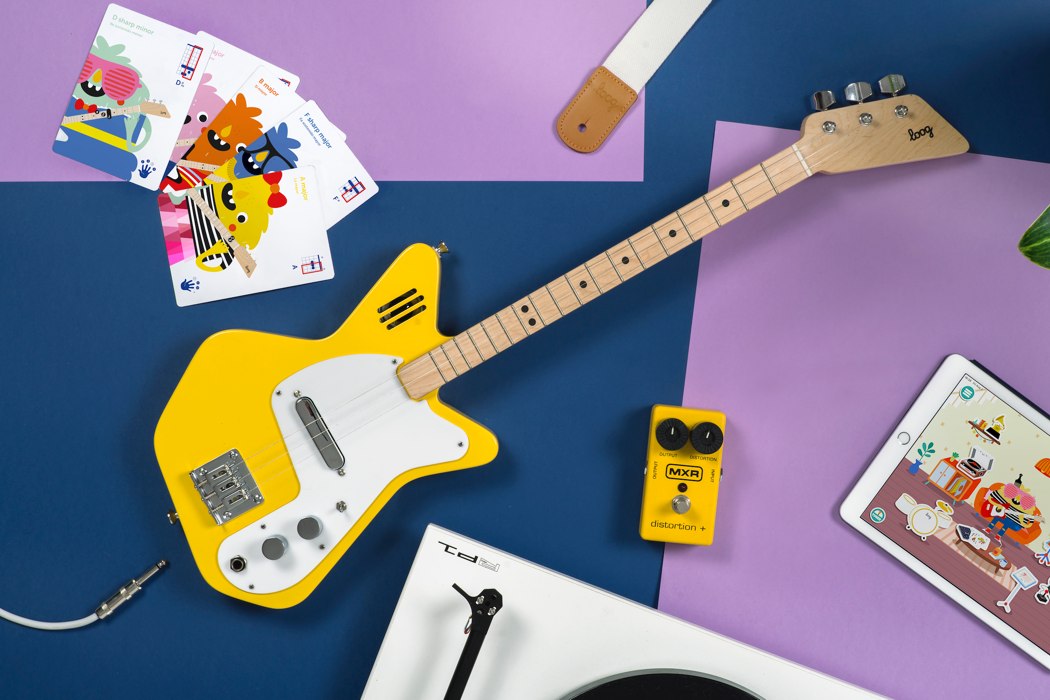 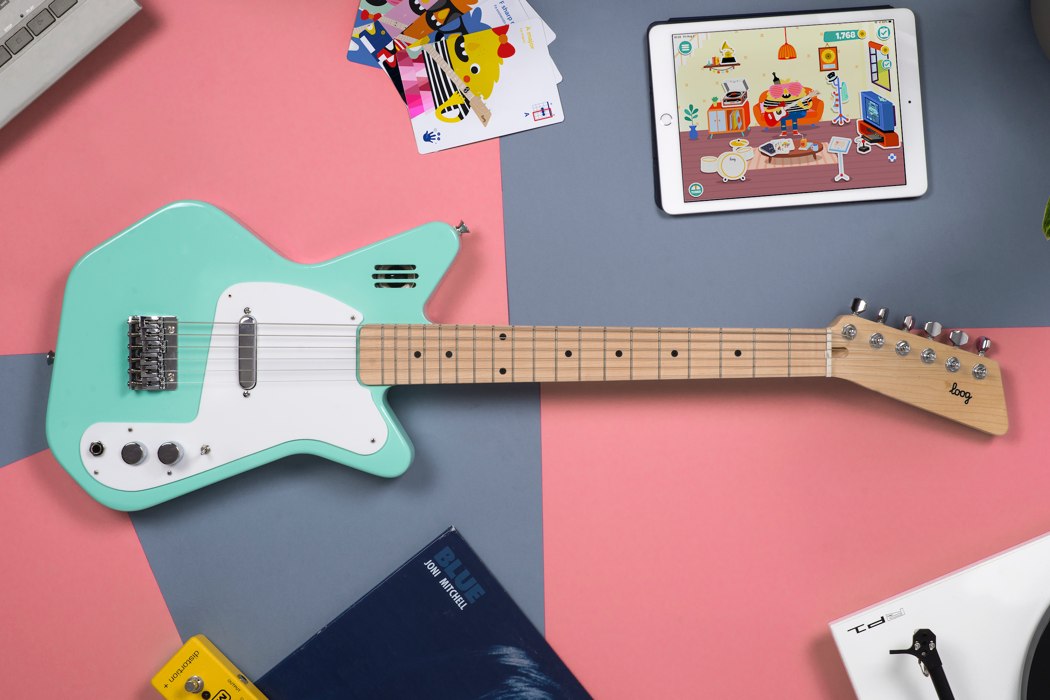 You get an instrument bundled with everything you need to learn to play songs. There are flashcards that teach you how to form chords, and an app that gets you playing songs on day one.

The Loog Guitar app has an AUGMENTED REALITY feature that allows you to learn guitar using the selfie camera.

Here’s an unedited video showing the current development state of the app. The iOS version (iPad and iPhone) is almost ready and we’ll have an Android version too.

The Loog app also has a tuner, video lessons, games, and a digital songbook so you can learn to play guitar by playing real songs. 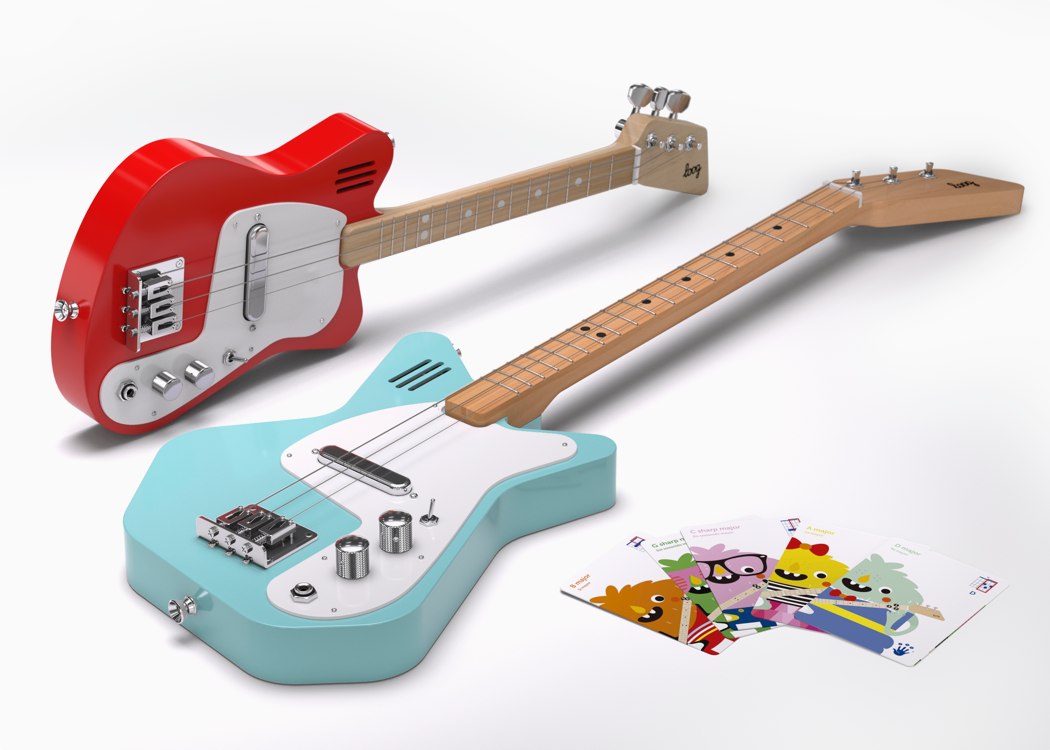 Located in the heart of Manhattan’s waterfront Battery Park sits the recently completed New Amsterdam Plein & Pavilion, a $2.3 million gift from the Kingdom…

This creative floor lamp takes the shape of a playful pooch for tail-wagging fun and instant illumination! Composed of a red cloth covered cord that…

A home that restores faith in humanity

Most design schools make it mandatory for a student to do at least one project that revolves around disaster aversion and management. There are a…

Ooo I am loving this idea. Tok Took (say it fast!) Power Plug is a better and safer plug. The entire system works like a…