It’s silly that buying a car without a GPS system today sounds absolutely alien, but bicycles and motorbikes still don’t universally have a dashboard that tells you more than the fuel level and your speed. Two wheelers need navigation too, right?

Determined to solve this petty problem, Julian A. & Edouard Chavance designed the CYCLYK. The spelling may be tricky, but the product isn’t. Designed out of high-grade silicone, CYCLYK universally holds onto any smartphone, strapping it onto any bicycle’s handlebars, and holding it securely in place no matter what sort of roads you drive on. In short, CYCLYK transforms your smartphone into a reliable GPS for your two-wheeler… and more importantly, gives you a better place to stash your smartphone while you’re driving than keeping it in your pocket just to risk it falling out while you’re pedaling.

Designed to be the most universal grip ever, CYCLYK works with every smartphone, with or without a case. Multiple bands hold your smartphone in place without overlapping or blocking the screen, and the act of docking or removing your phone literally takes two seconds, allowing you to hop on or off your two-wheeler with ease. The CYCLYK’s universal design even allows it to be used with motorbikes, scooters, mopeds, or even the odd Segway. Heck, you could even mount it on the handles of your shopping cart or baby-pram if you wanted to, but I believe that isn’t the product’s intended purpose. The silicone construction stretches to accommodate any sort of setting, while providing enough friction to hold your smartphone in place (and even at the same angle) on all sorts of terrain, allowing you to traverse through the city or even go off-roading on your mountain bike. It gives you the freedom to use your smartphone the way you see fit, transforming it into a GPS while you’re riding, or a handlebar-mounted action-camera, or even run your fitness apps like STRAVA or music apps while you cycle/work-out!

The CYCLYK is designed in and shipped from Paris (developed in 2014, they were the first ones to develop a smartphone mount like this), the capital city of a country so enamored with bicycling they have their own annual Tour de France event. In fact you can literally use the coupon code “YANKODESIGN” to grab yourself a buy-one-get-two offer! Go forth and give your two-wheeler the dashboard it truly deserves!

CYCLYK is a universal mount that allows you to attach any smartphone to any type of bicycle handlebar. 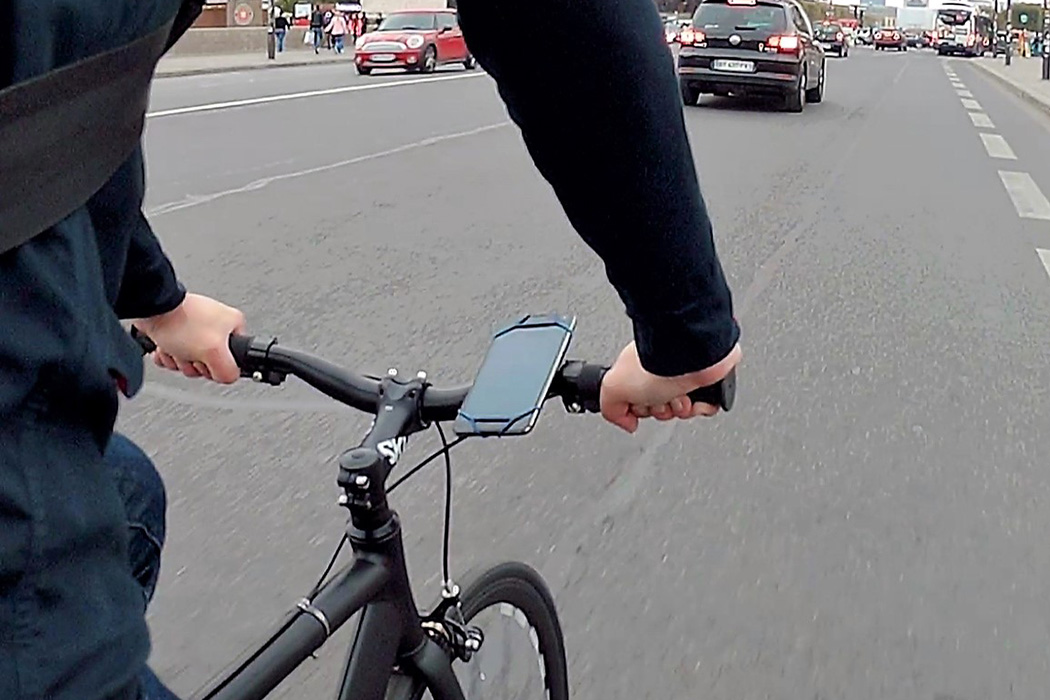 Solid as a Rock

Securely attach any smartphone to any bike. CYCLYK works well on all roads – asphalt, cobbled and even dirt track.

CYCLYK on a Stone Road 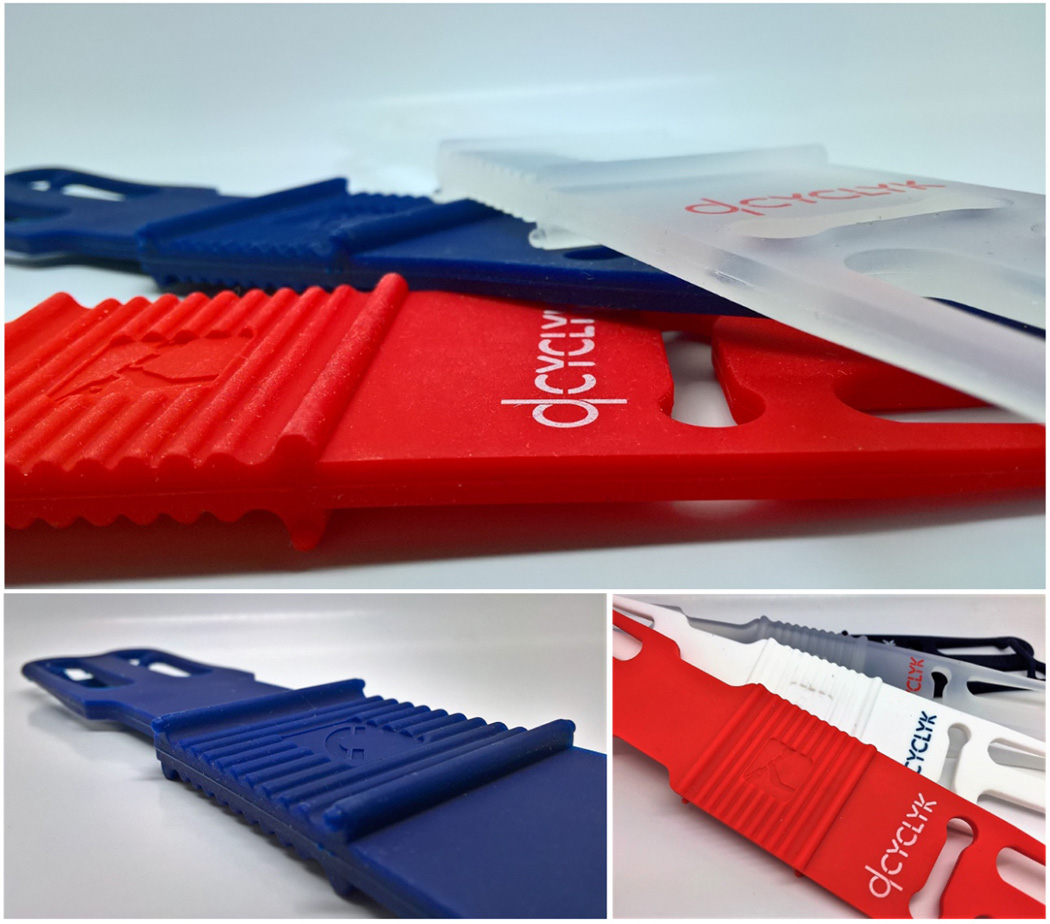 How to Put the CYCLYK On 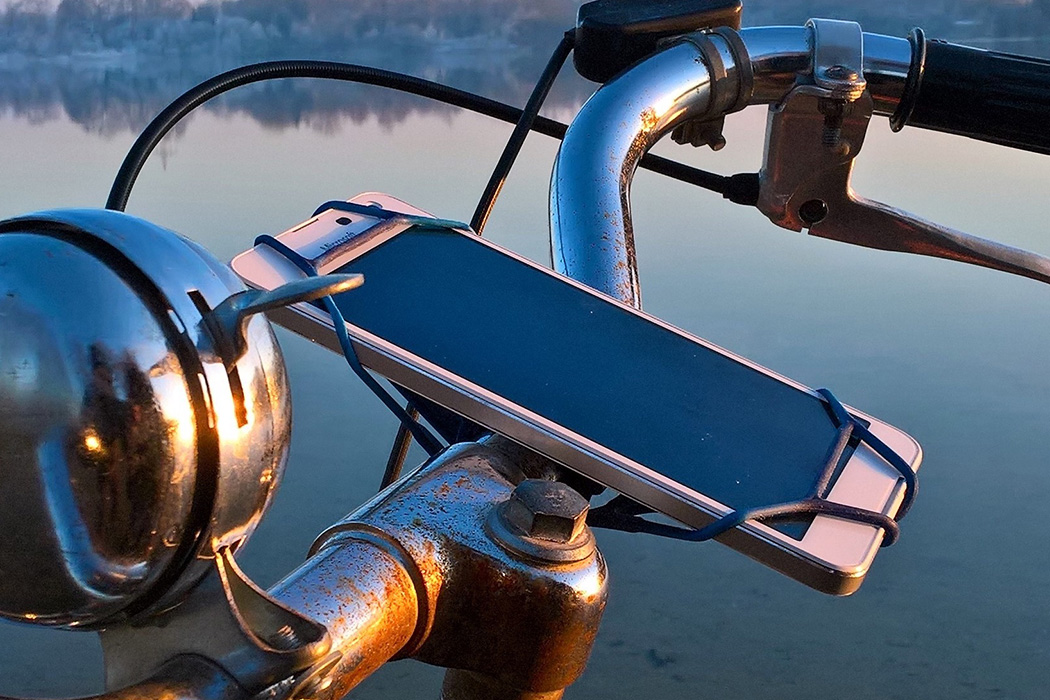 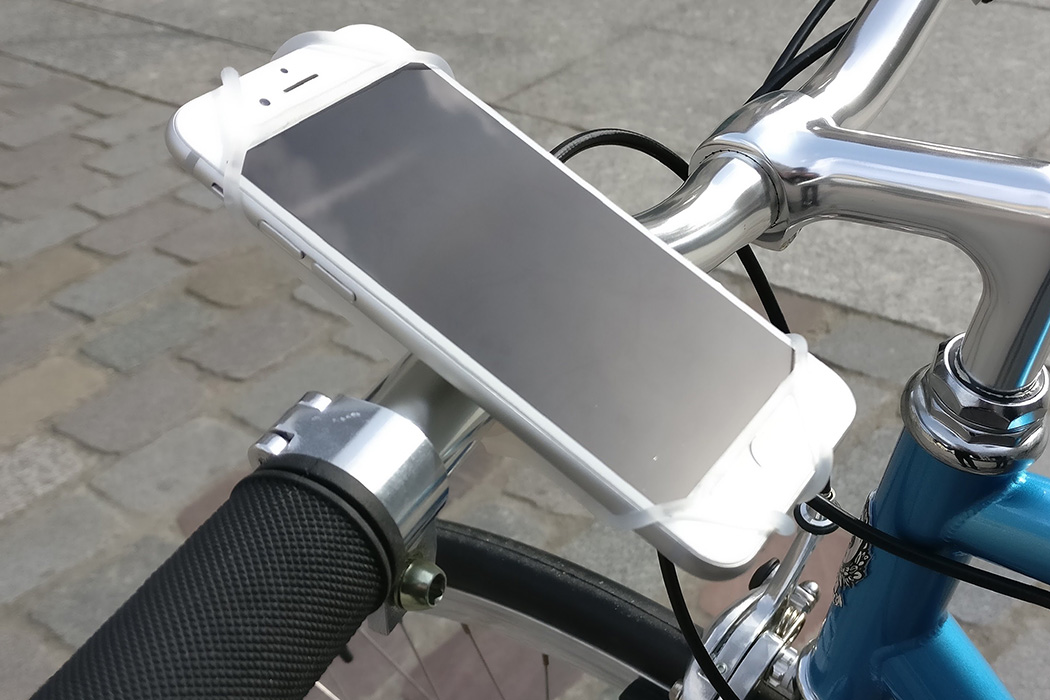 Recharging With The Rubik’s Cube

We have seen the Rubik’s Cube do a lot of stuff. In fact if you hit Rubik here, you get to see an MP3 Player,…

It took nearly five years, but Detroit native David Sultana is counting on reinventing the traditional piggy bank with his vibrant, modern twist on coin…

Designers, parents and anyone with a creative mind will love this Bottle Cap Sharpener. It’s a simple contraption, a sharpener fixed into a bottle cap…

This far-out cooking concept of the future called Throbber uses super-compact, induction heating balls operable via a mobile phone, making it a portable solution that…