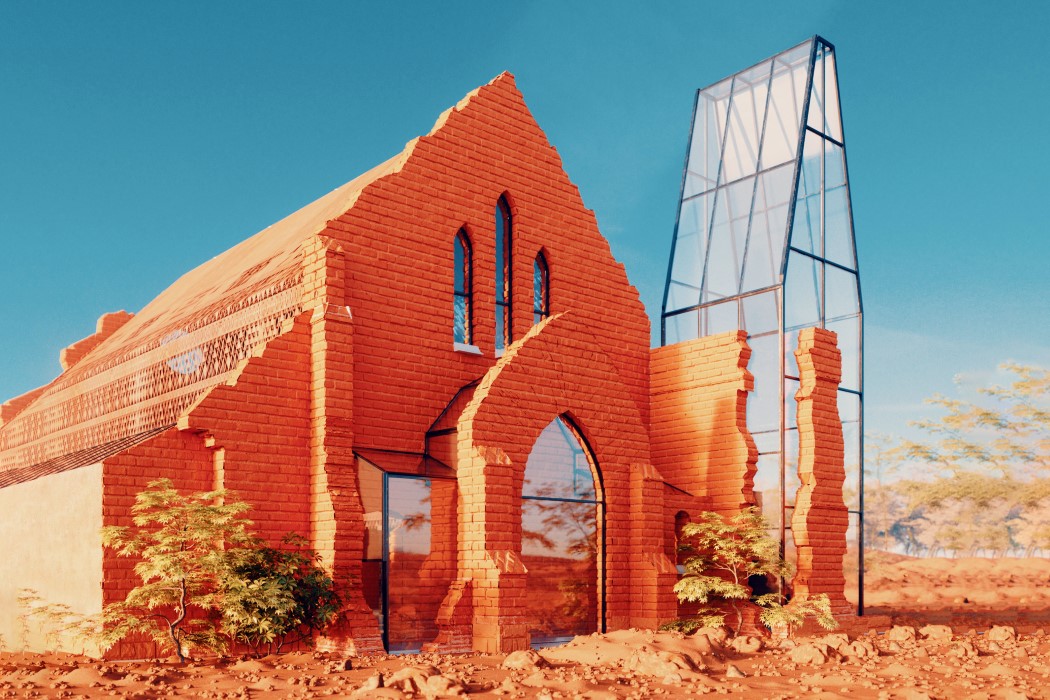 In keeping with Johann Wolfgang von Goethe’s description of architecture as frozen music, this post is quite literally a playlist of the best architectural designs from 2019.

One of the A’ Design Awards’ most strong categories, Architecture sees a lot of entrants as well as winners from around the globe. We handpicked some of the most beautiful, most intriguing, most inspirational, and definitely the most unique architectural pieces from the A’ Design Award and Competition’s winners list of 2019. Ranging from conceptual designs to residential units, to religious spaces, offices, museums, and retail spaces, the A’ Design Award covers architecture in its entirety, aside from a wide roster of other design categories. Not only does winning an A’ Design Award look great on an architect’s resume, it also brings a lot of repute and focus to the work, uplifting the value of both the designer and the design!

The A’ Design Award is currently accepting entries for the 2020 edition of the award program, so go ahead and give your work and career the push it deserves!

If you’re an architect looking to participate in the A’ Design Awards 2020, click here to register. Hurry! The regular deadline ends on 30th September!

01. Arbor Arena Parametric Pavilion by Selvagen
Taking inspiration from low-poly structures, the Arbor Arena Pavilion is a neat exploration in parametric architecture that uses a series of triangles to create a geodesic dome shape, complete with windows and even a star-shaped skylight on the top. Designed for a temporary event in 2018, the modular structure is now being rebuilt as a permanent addition to the Botanical Garden in Recife, Brazil. 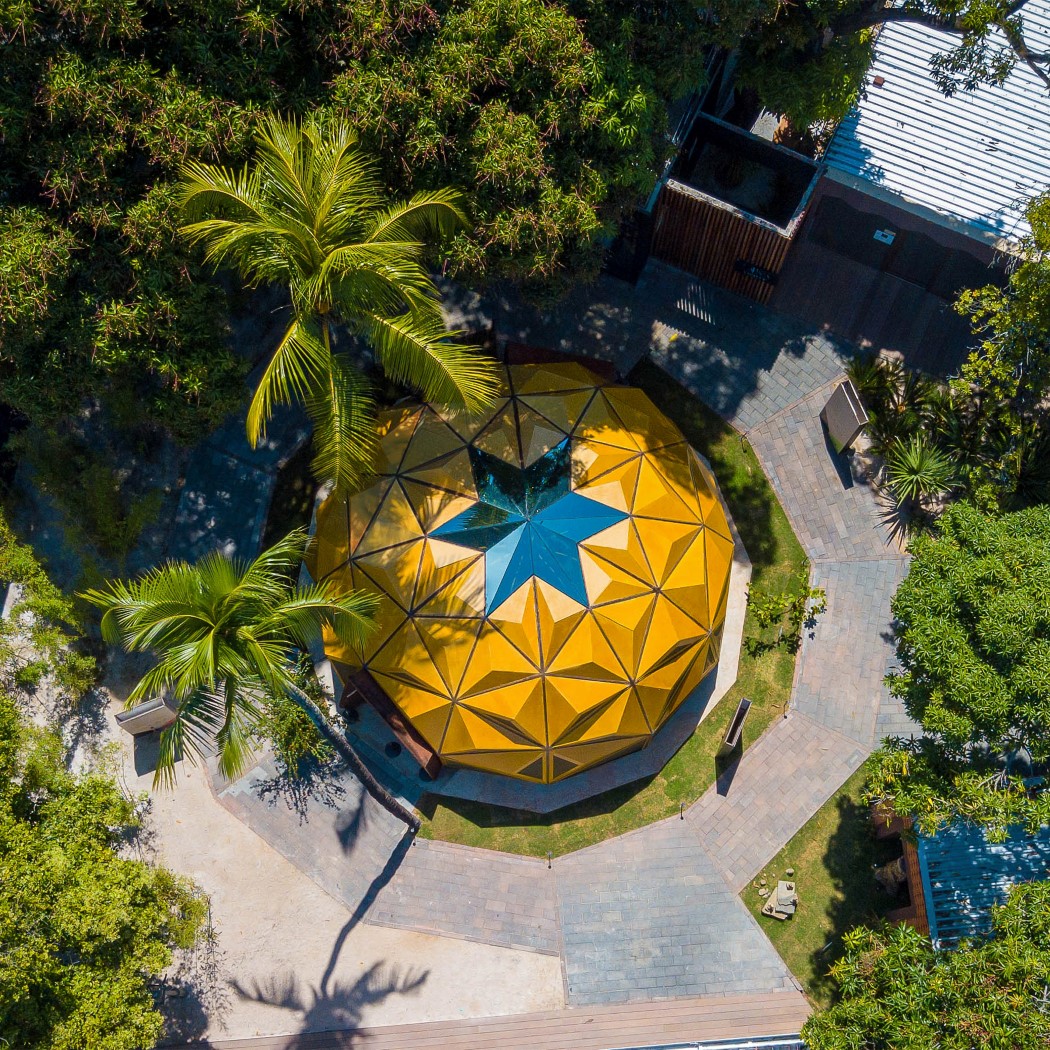 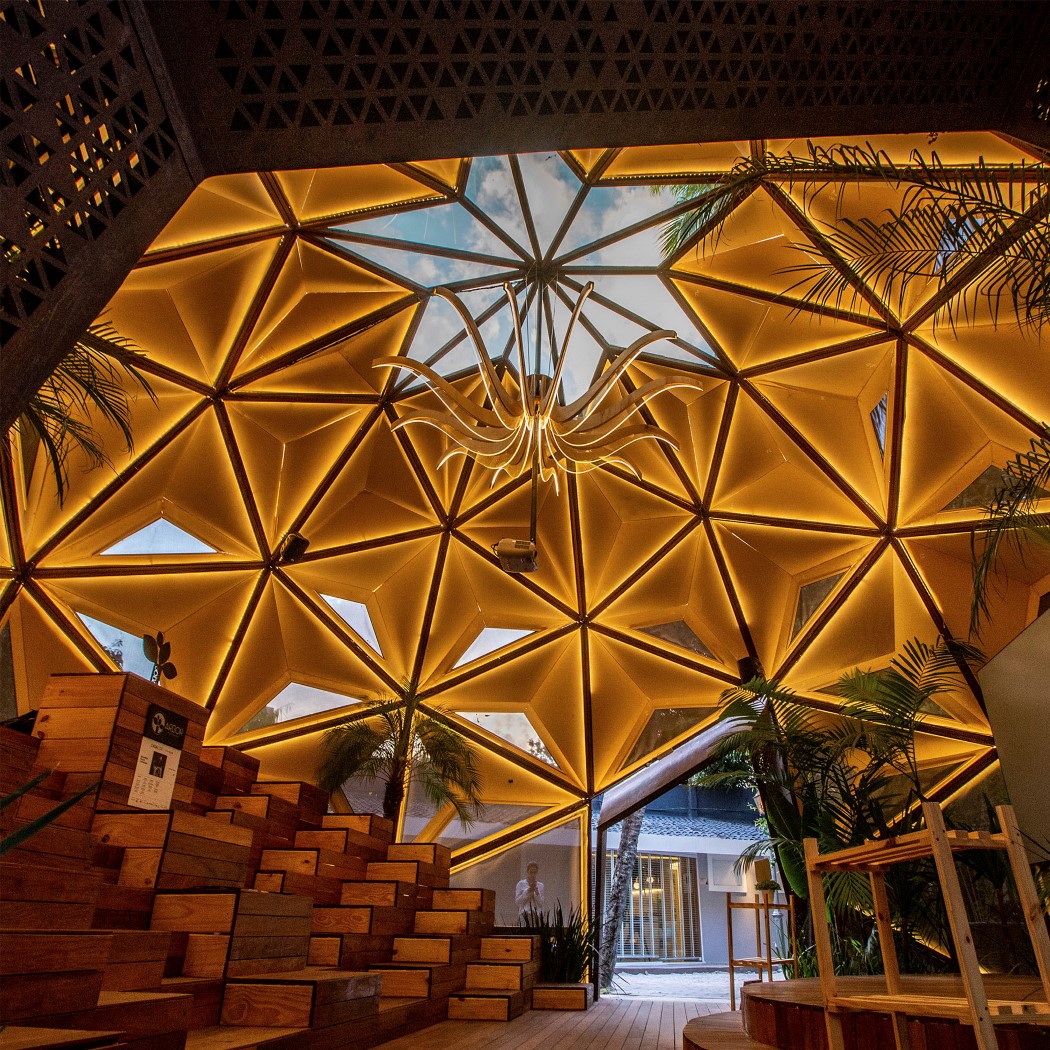 02. Cohen Chapel by Joaquim Portela
Featured on Yanko Design back in 2016 as the Aurelios Chapel, Joaquim Portela’s chapel design explores something absolutely unique in terms of architecture, leave alone religion-inspired architecture. A chimney-esque detail acts as an abstract steeple on the outside, but in fact works as a skylight, diverting a strong shaft of light into the chapel to beautifully illuminate the altar. 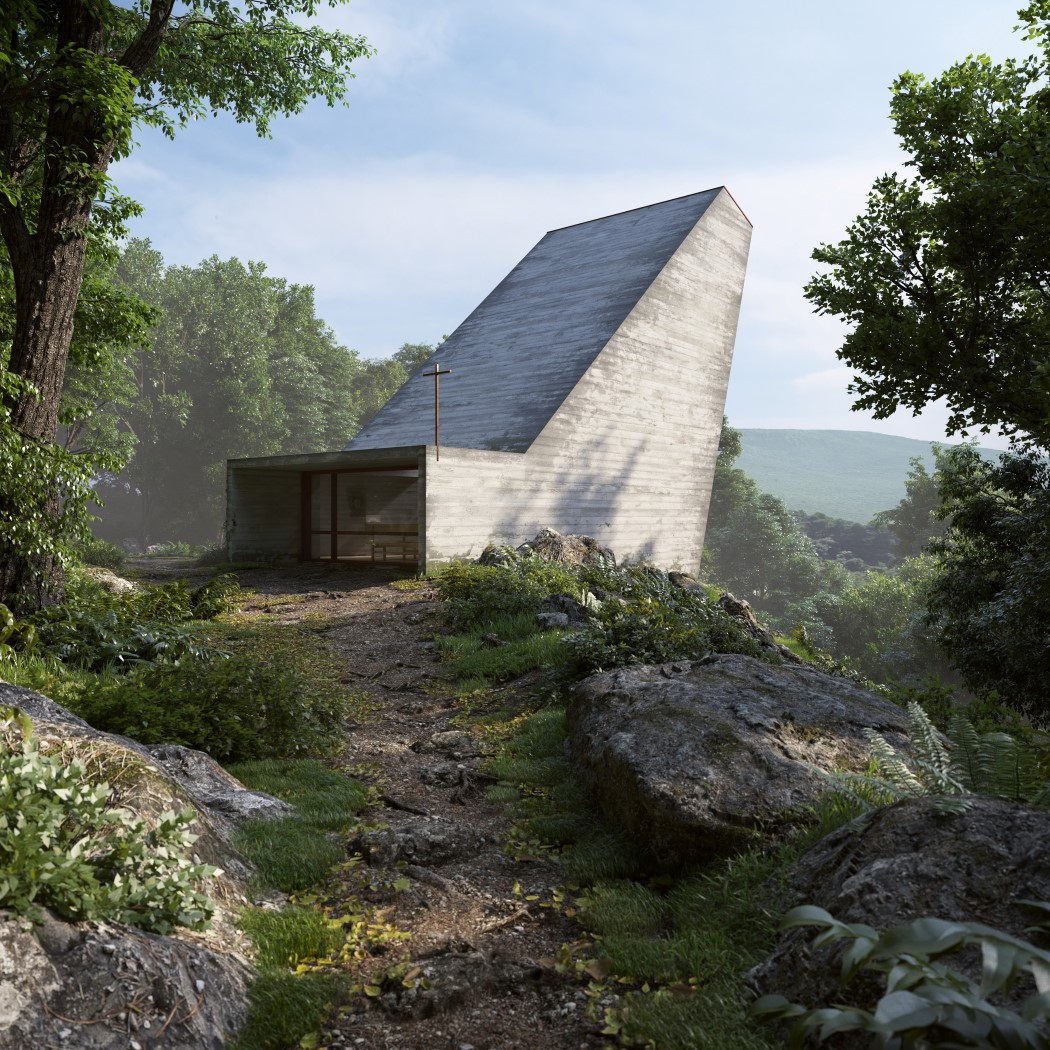 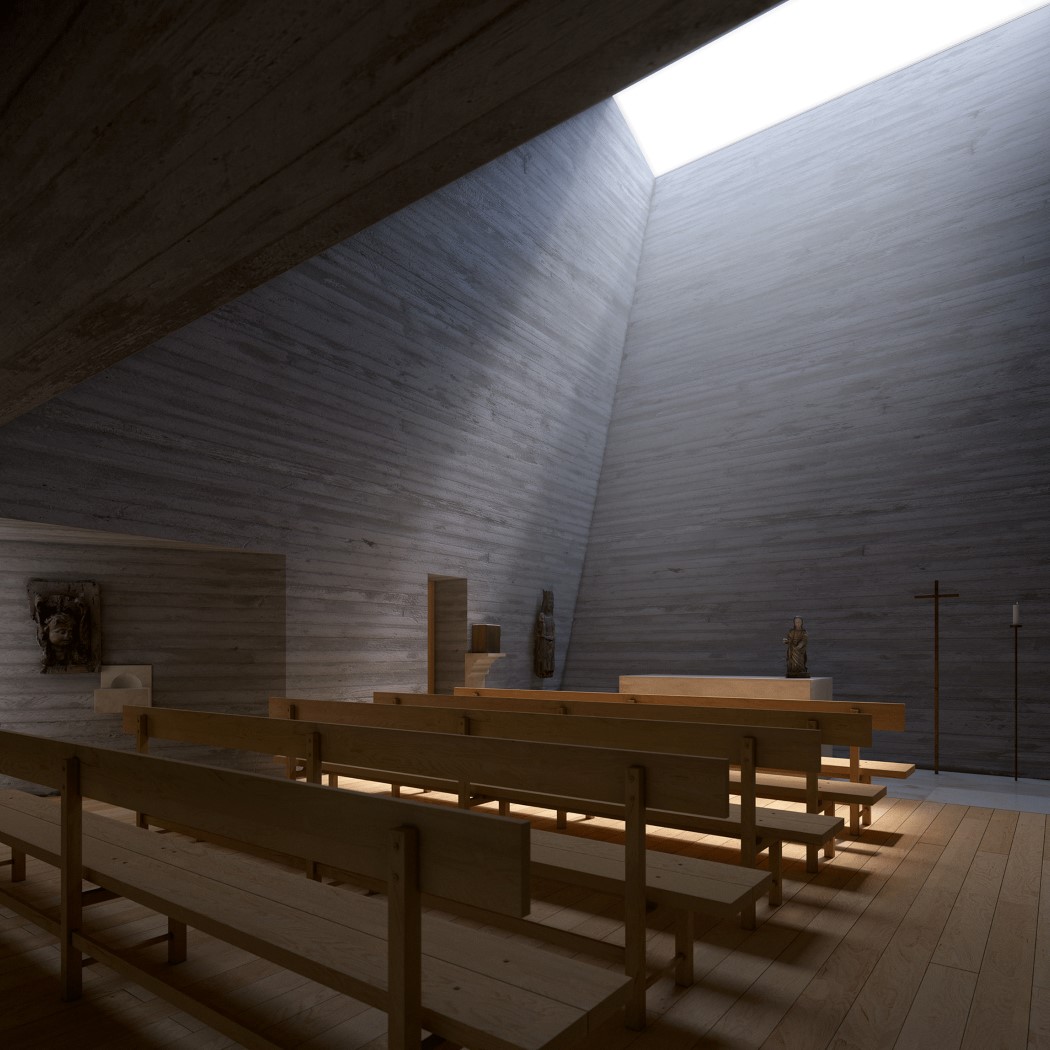 03. Cecilip Facade by Dante Luna G.
Designed as a facade for a plastic surgery clinic, the organic shape of this facade takes inspiration from the undulating curves of human skin. Its reflective nature is designed to be instantly recognizable but also attractive, in a way being a metaphor for what the clinic hopes to achieve for the patients that visit. The facade was made locally and is composed of more than three thousand profiles of stainless steel with mirror finish, each with two pieces cut CNC and armed with 3M structural tape, similar to those used in aviation, on a metal support structure. 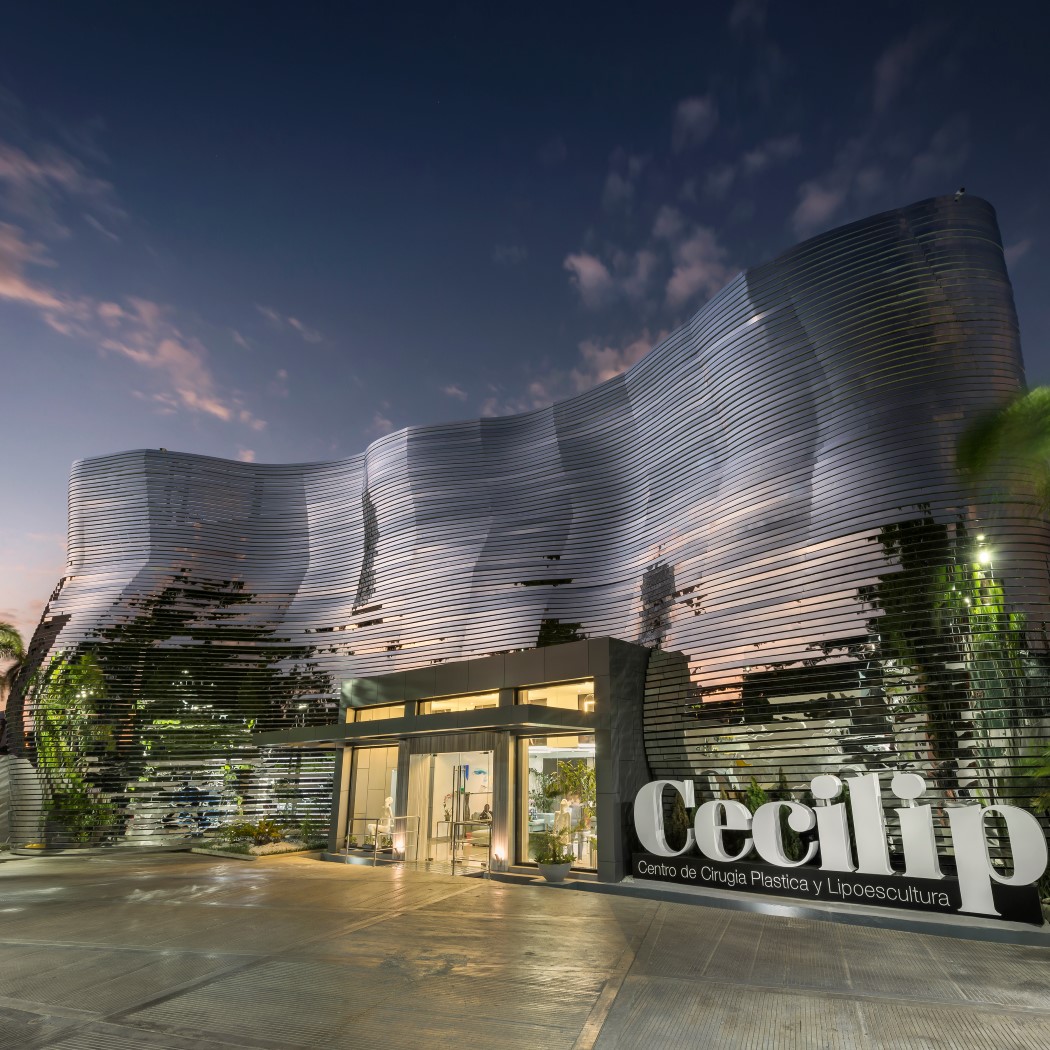 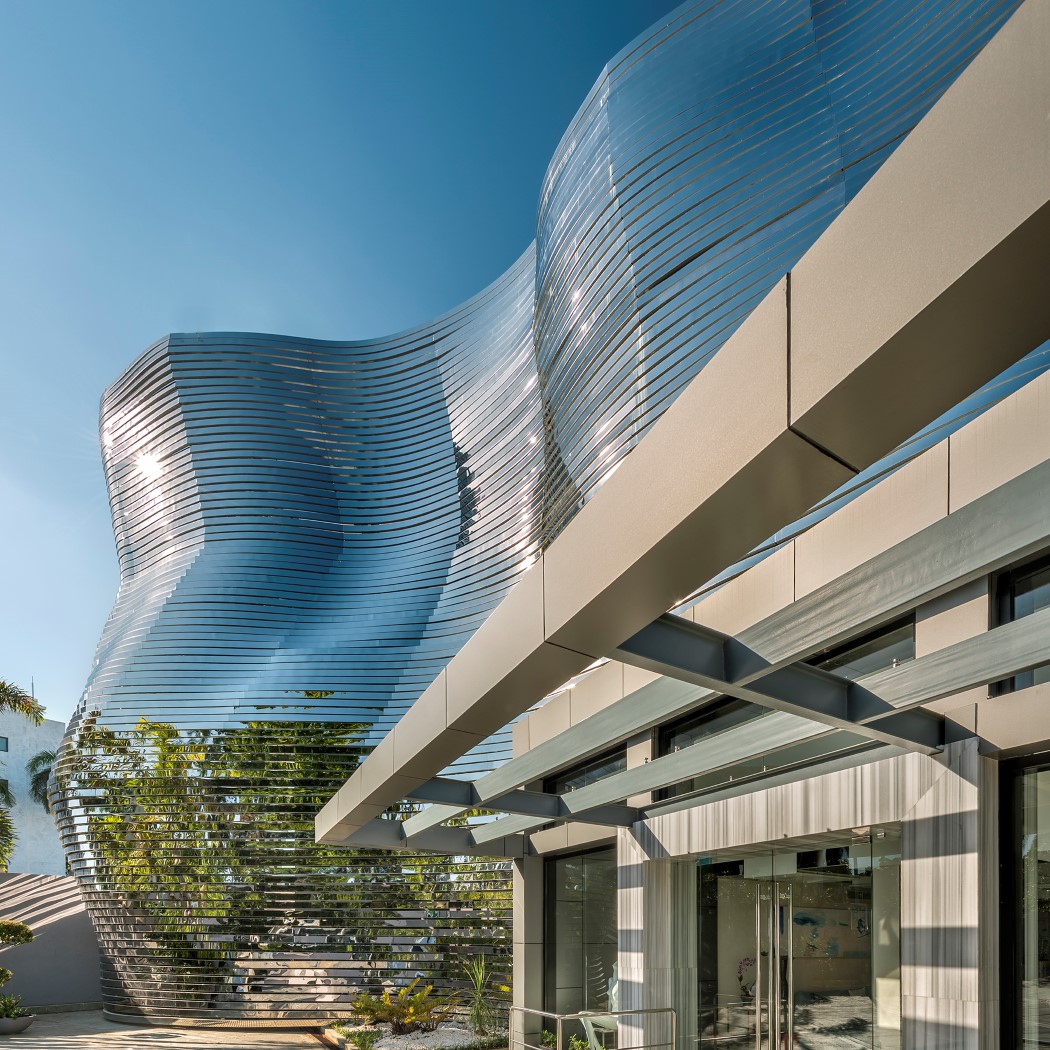 04. Volcano Eyes Observation Platform by Jaskó+Vági Építész Kft.
Created using a basic metal framework, and filled with the rocks found in and around the area, this elevated observation platform was made in May 2018 for the Nemrut Volcano Eyes Competition, to help view a 360 degree panoramic view to the Nemrut Volcano’s caldera or crater. An upper part of the structure acts as a platform for viewing the volcano, while the lower half transforms as a shelter for the people who decide to camp or spend the night at the location. 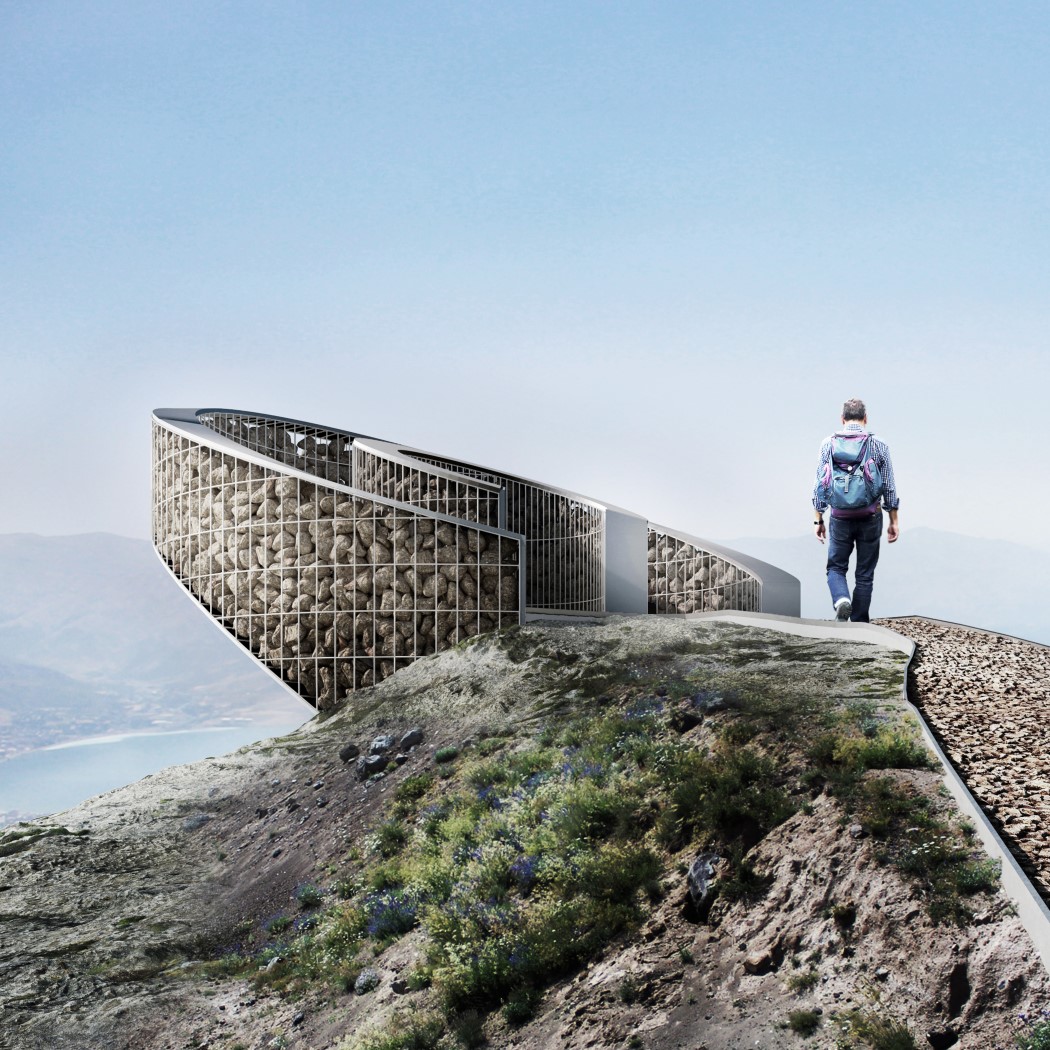 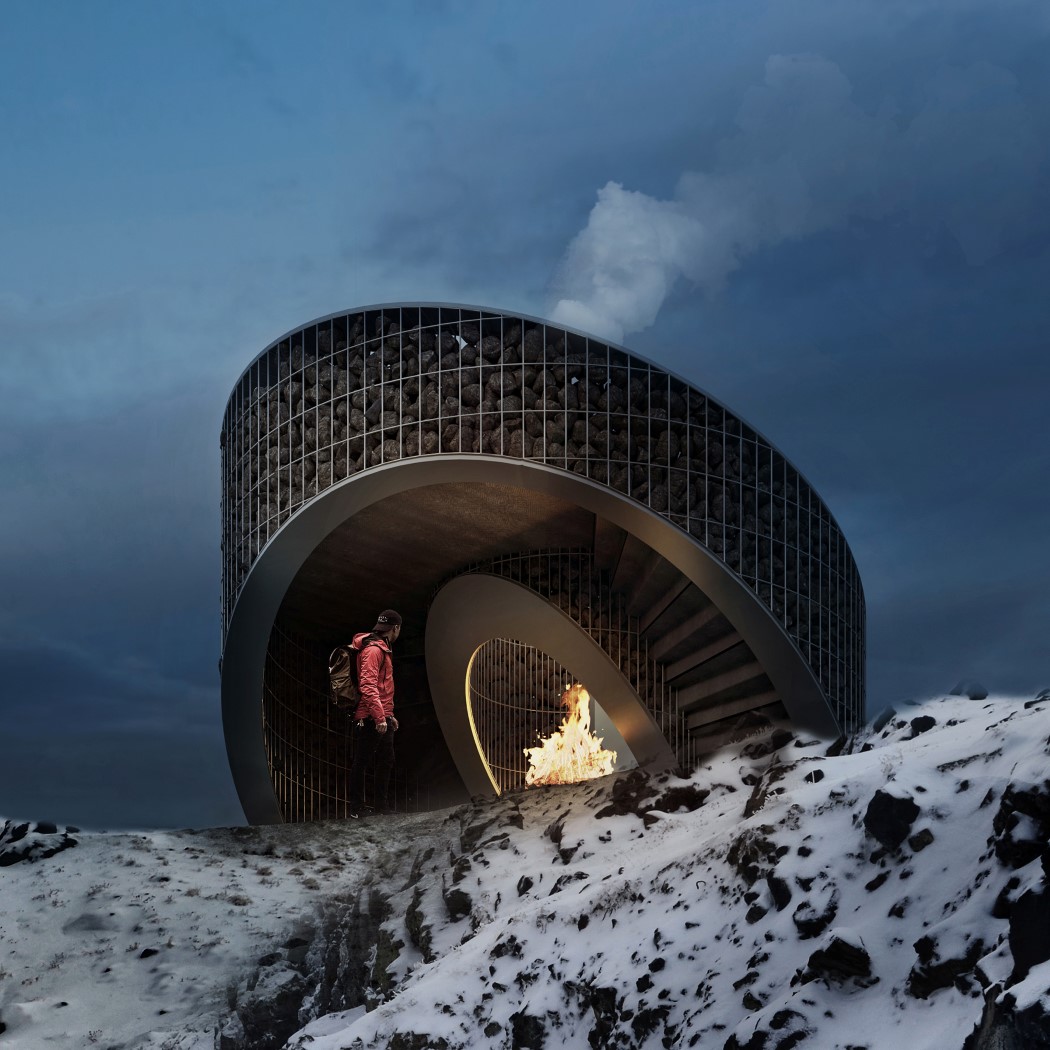 05. Liberty Stadium by Aysan Moosvai and Farzad Saeidi
Designed to be equal parts alluring (from both the top as well as bottom, and from inside and out) as well as lightweight, the Liberty Stadium uses a combination of support structures and tensegrity to create its design. Designed around the popularity and pull of football, the structure relies on being able to create spaces for crowds to navigate easily, preventing bottlenecks and enabling circulation of the public. The project started in October 2018 and finished in January 2019 in Tehran. 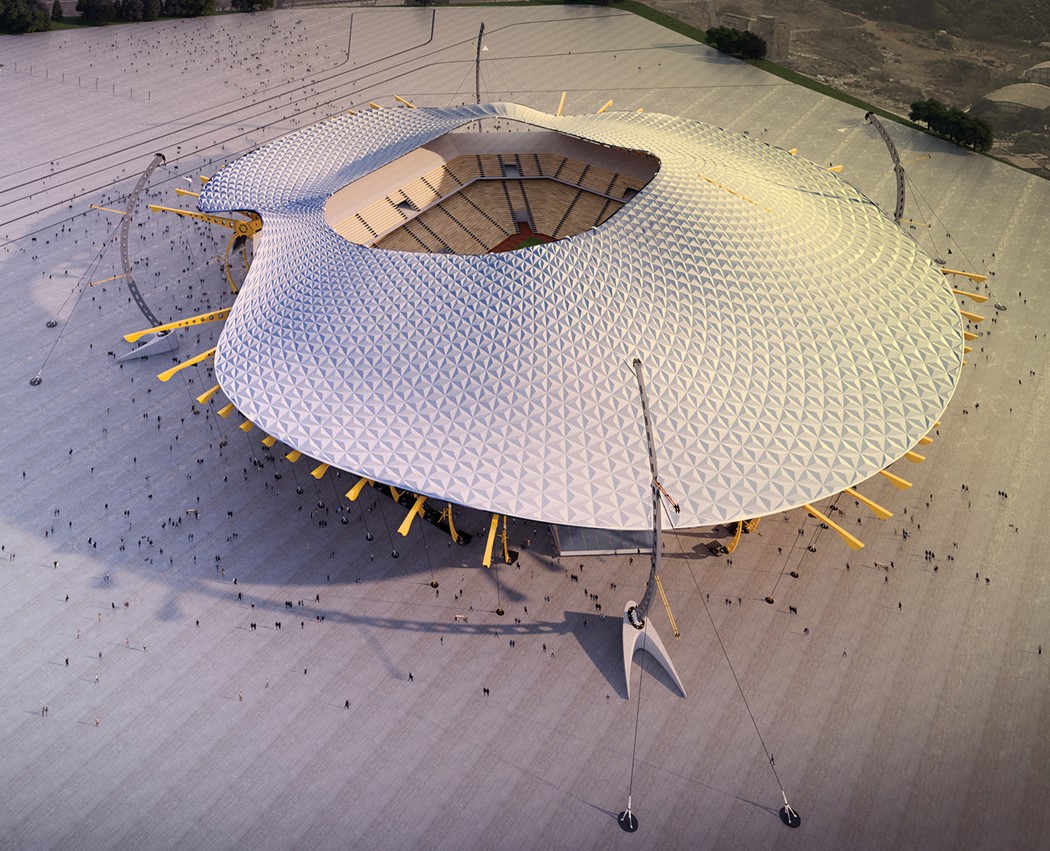 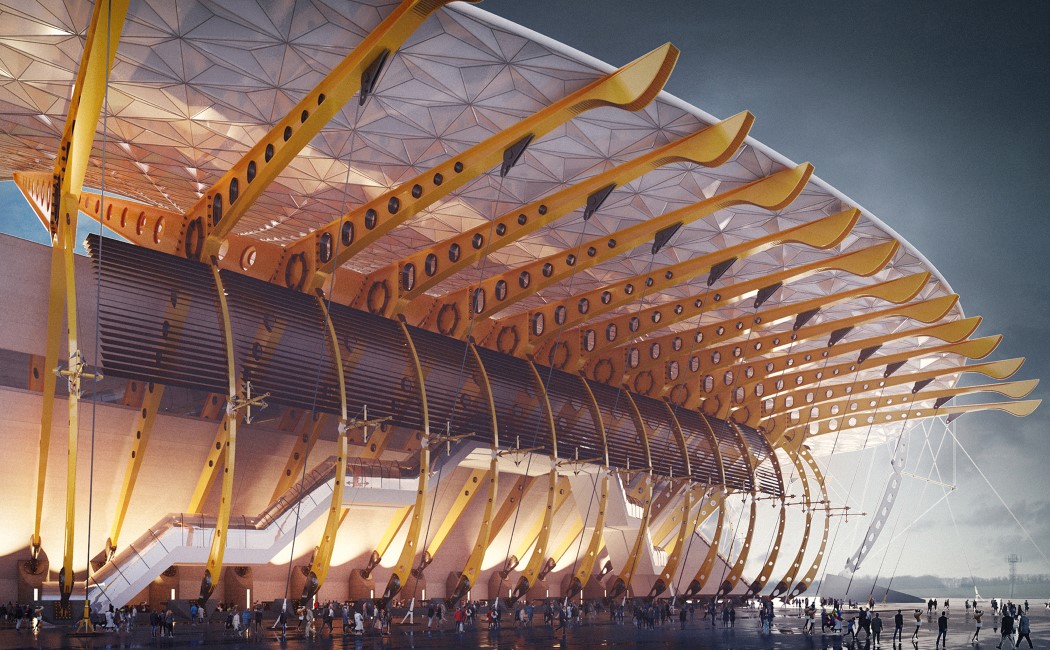 06. Old Palapye Museum by Beullah Serema
For the record, this is what I imagine buildings in modern Martian societies will look like. A combination of beautiful indigenous materials like the red rock along with futuristic styles and facades made of glass. The outstanding burnt brick church ruins stand proudly within perimeters of a rich historic site of the 19th century capital of the Bangwato tribe. Built in 1891 by the London Missionary Society, it was later abandoned after the royal King Khama III relocated his capital to another resource-rich site. Designed as a museum to showcase and preserve the past cultures and artifacts, the architect designed a museum and exhibition space by working with the existing ruins, so as to not override them but rather create a new life around them! 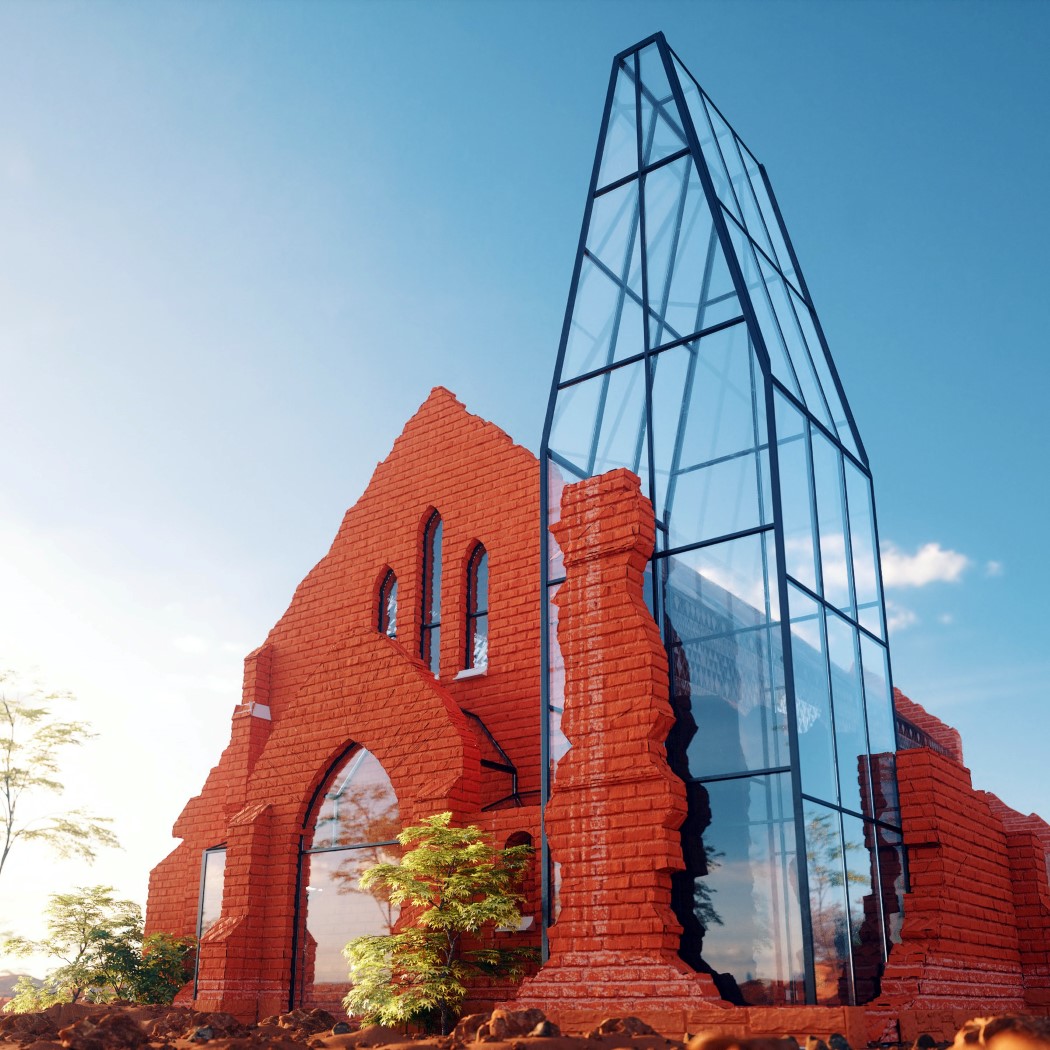 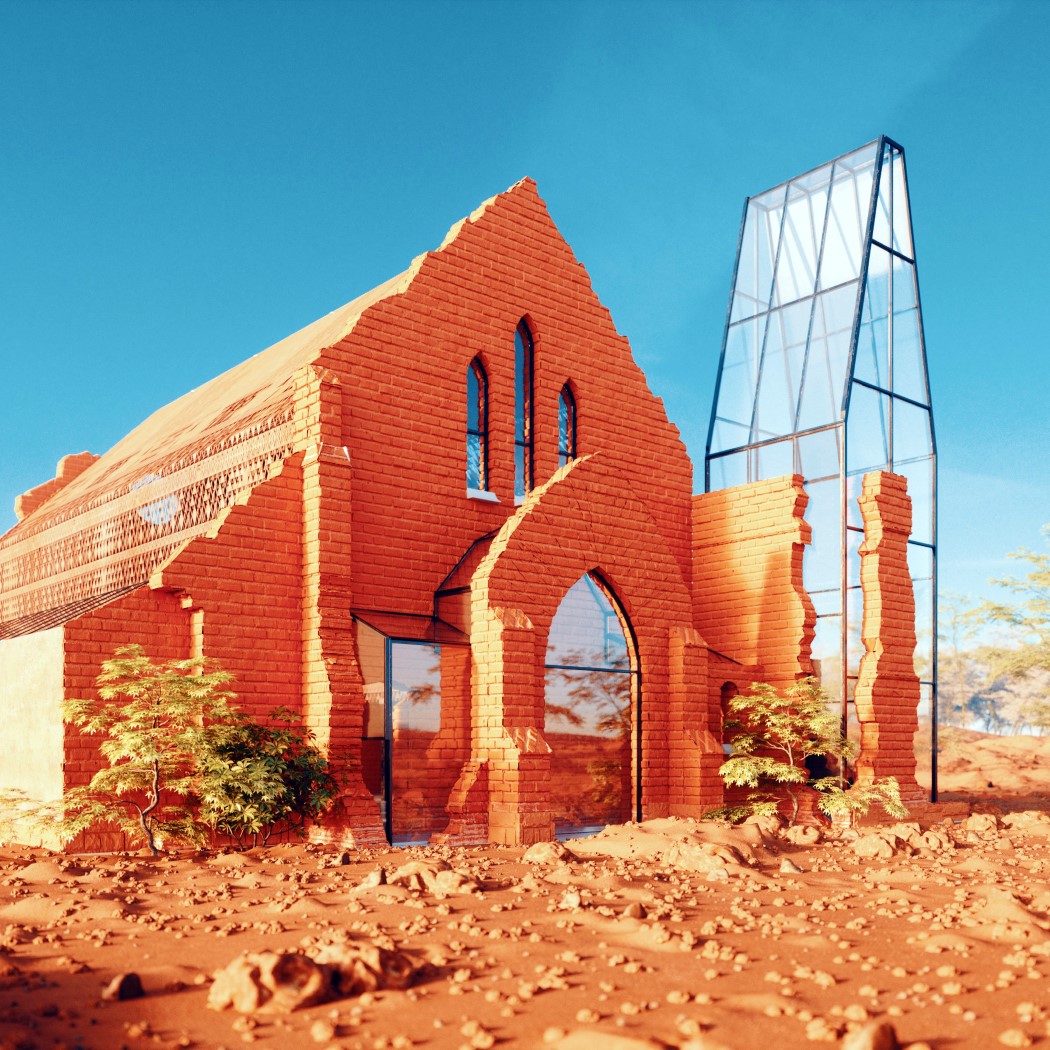 07. Wuxi Wanda Mall by WANDACTI and CCI Architecture Design & Consulting Co.,Ltd.
Unusual for combining a rectangular footprint with its flower-esque inspiration, the Wuxi Wanda Mall has a rather unique aesthetic. The design inspiration of the project is derived from the Wuxi city flower “azalea”, and is designed to cover five different theme parks with five azalea petals respectively. The project is located in the main axis of Wuxi cultural tourism city, accommodating for shopping, catering, culture, entertainment and leisure. 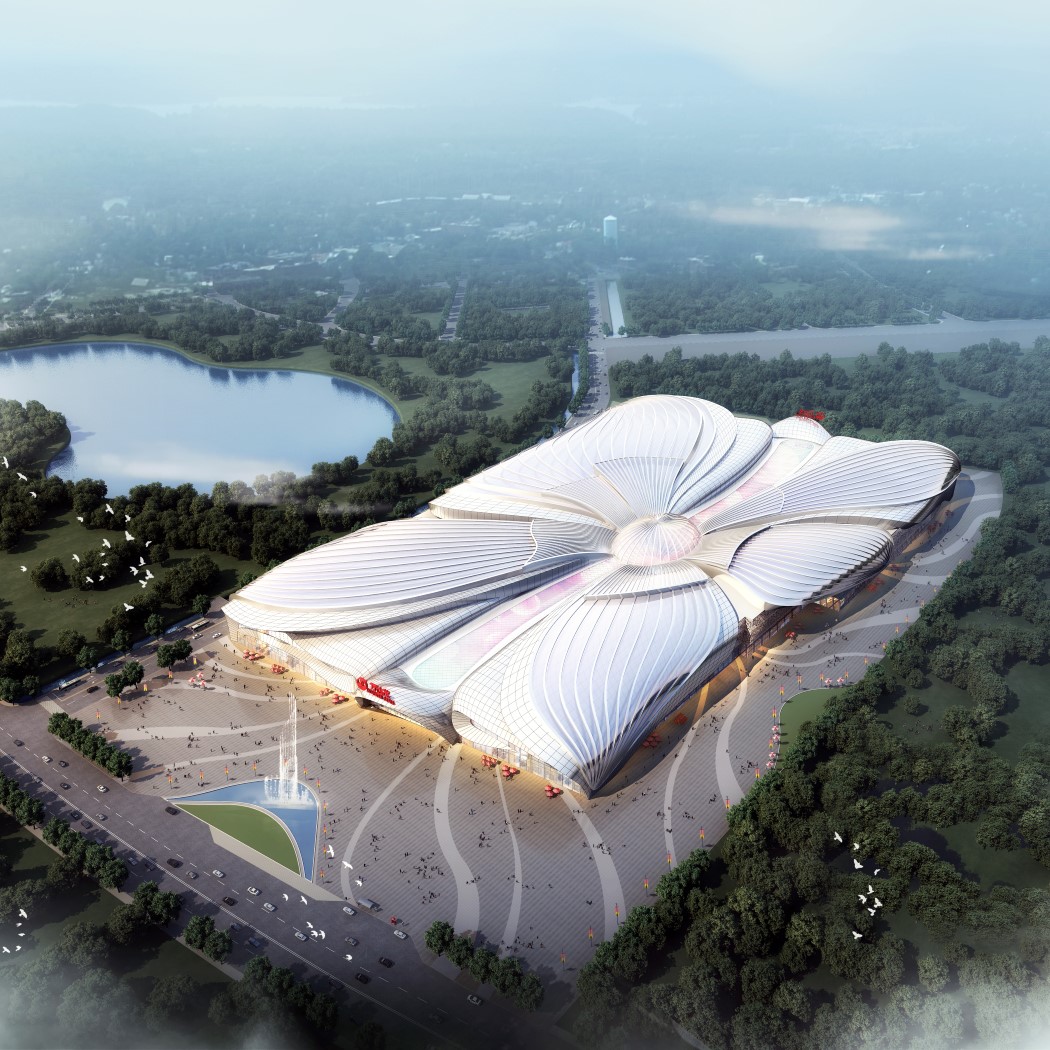 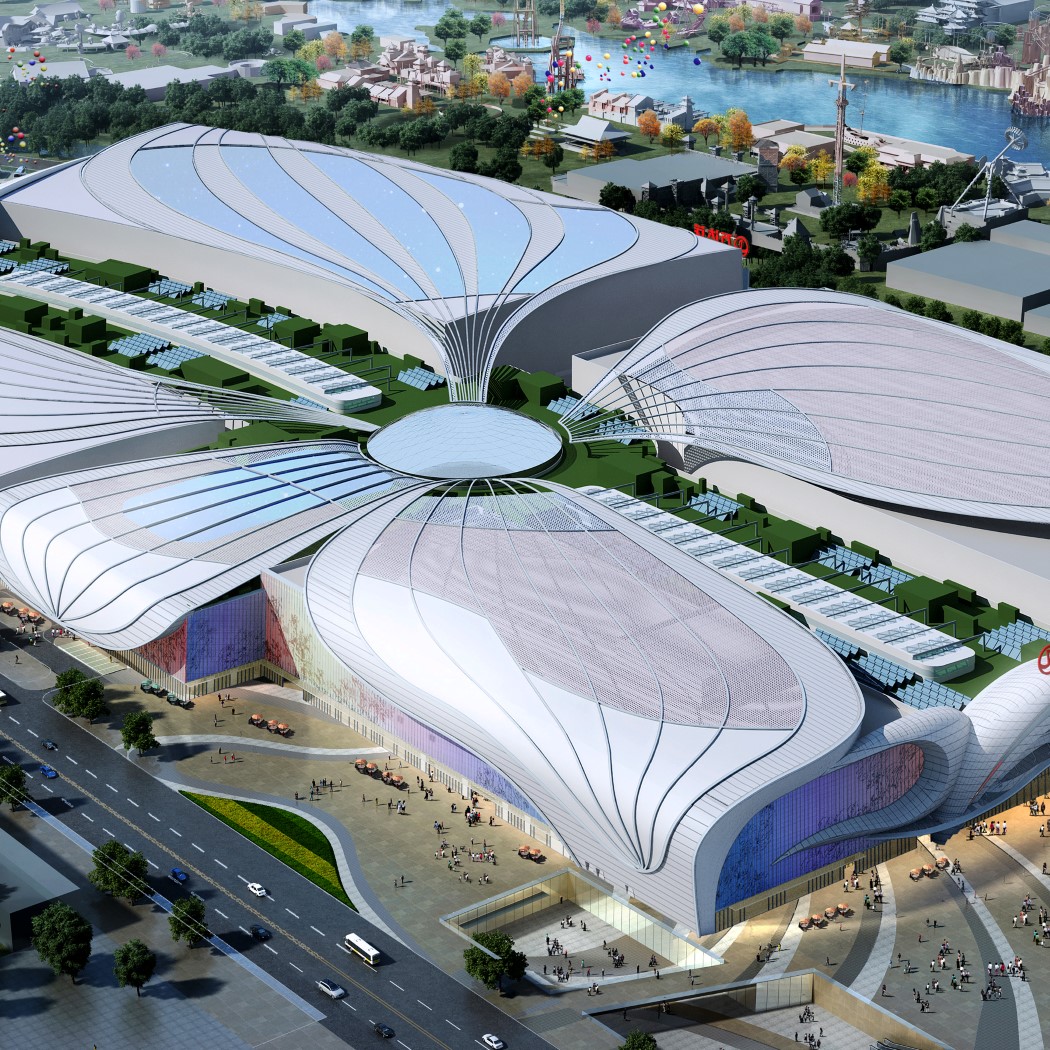 08. Casa Ojala House by Beatrice Bonzanigo
The term used to describe Casa Ojala is that it’s a ‘highly flexible house’, which immediately makes it quite an interesting concept in the first place. A sustainable, minimal, compact and flexible product for a new comfort, away from TV or air conditioning, the Casa Ojala blurs the lines between what’s indoors and what’s outdoors. The flexible house has two bedrooms, one with a double bed and one with a single bed, a bathroom, a terrace, a kitchenette and a living room, which can, in fact, be continuously transformed into one another or become a large outdoor platform, a house with no roof or even no floor. “The home becomes a surprise, a game, a theatre, fragrances and gestures. The landscape is its facade”, says Beatrice Bonzanigo. The project was patented in December 2017 in Milan, and was exhibited in Salone del Mobile in April 2019 in Milan. 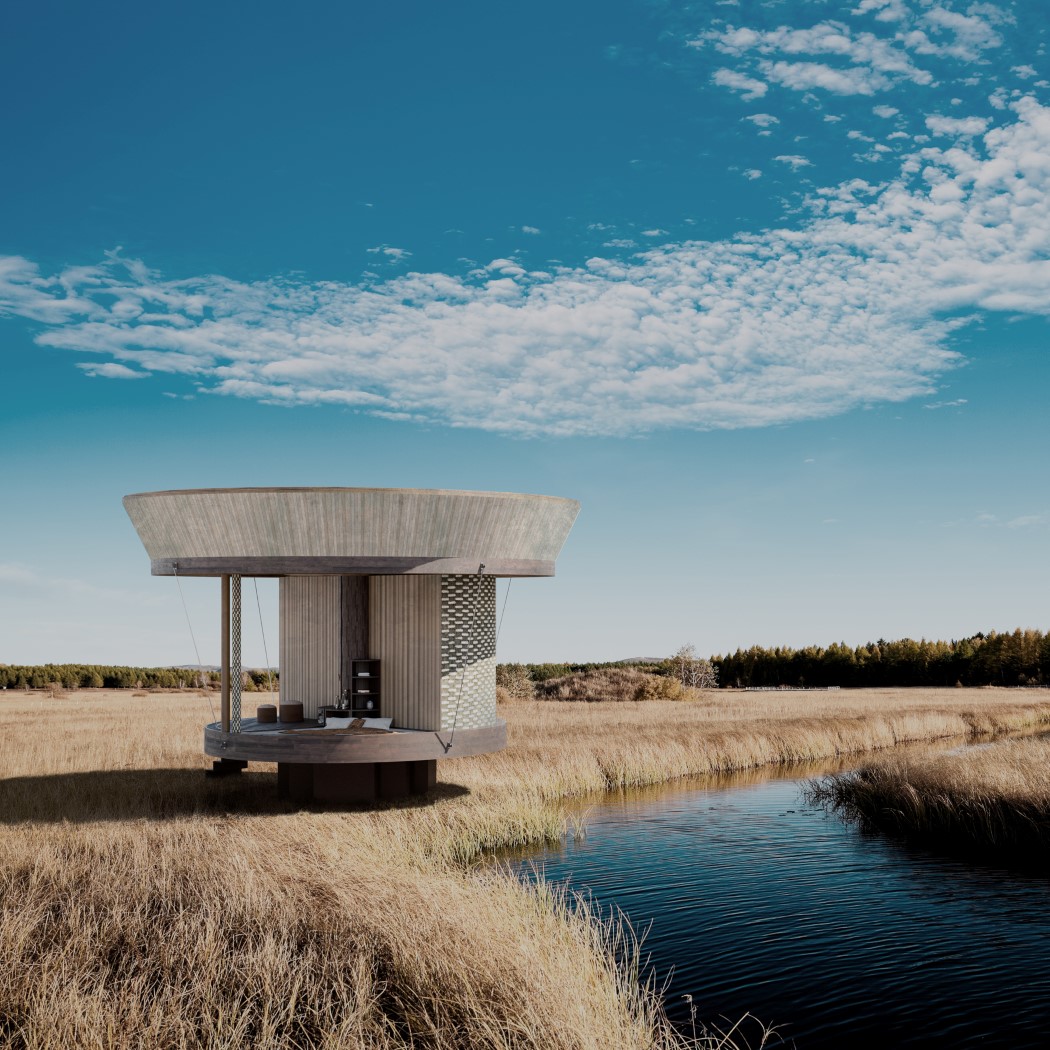 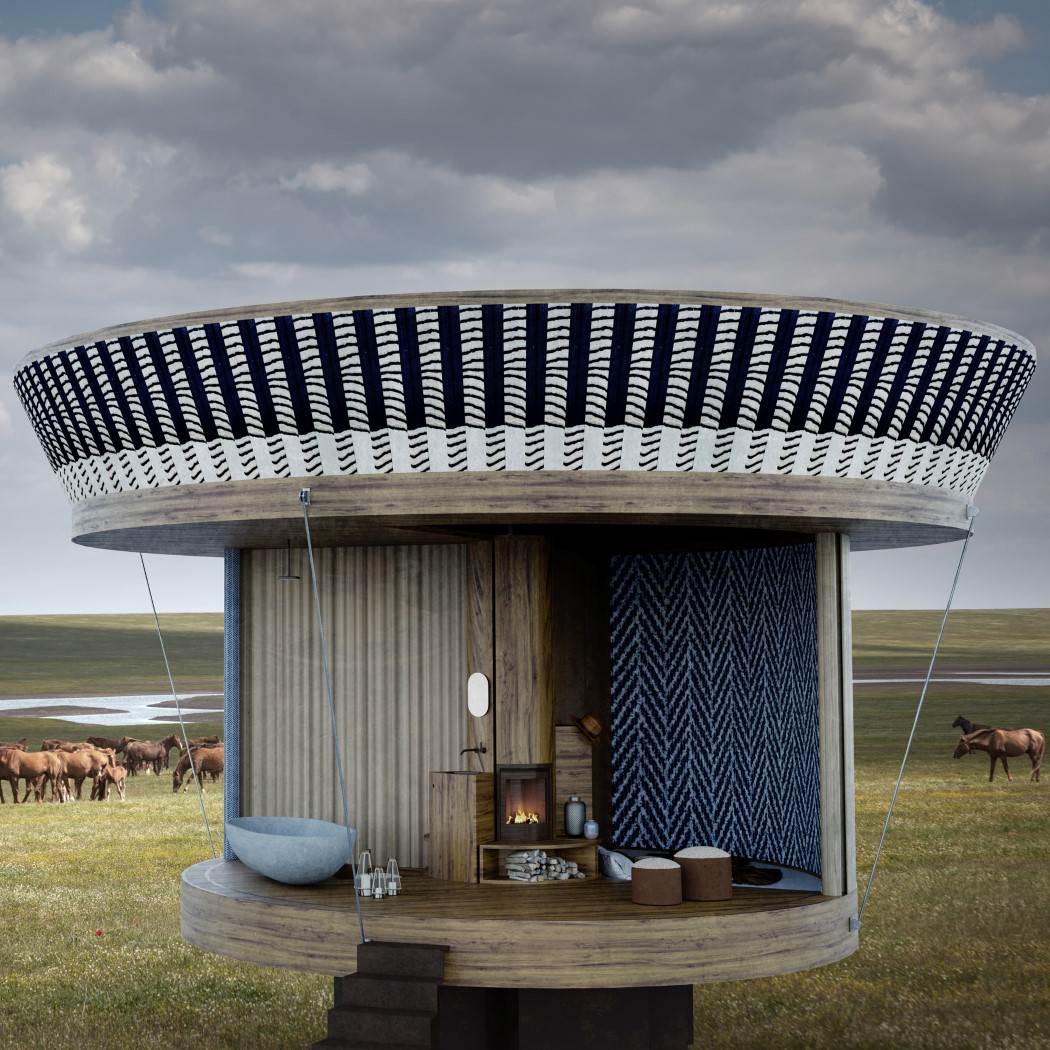 09. M50 Art Hotel by Yun LU – MUDA-Architects
Built in the musical town of Pingle in Sichuan, the M50 hotel actually abstracts a musical piece and turns it into architecture, pretty much canonizing Goethe’s quote of architecture being like frozen music. The external curved facade mimics the rhythmic movement of music and the bodily sway associated with it while the external curtain wall employs a horizontally subdivided aluminum plate, which closely resembles the texture of bamboo, as a hat tip to Sichuan’s bamboo culture. 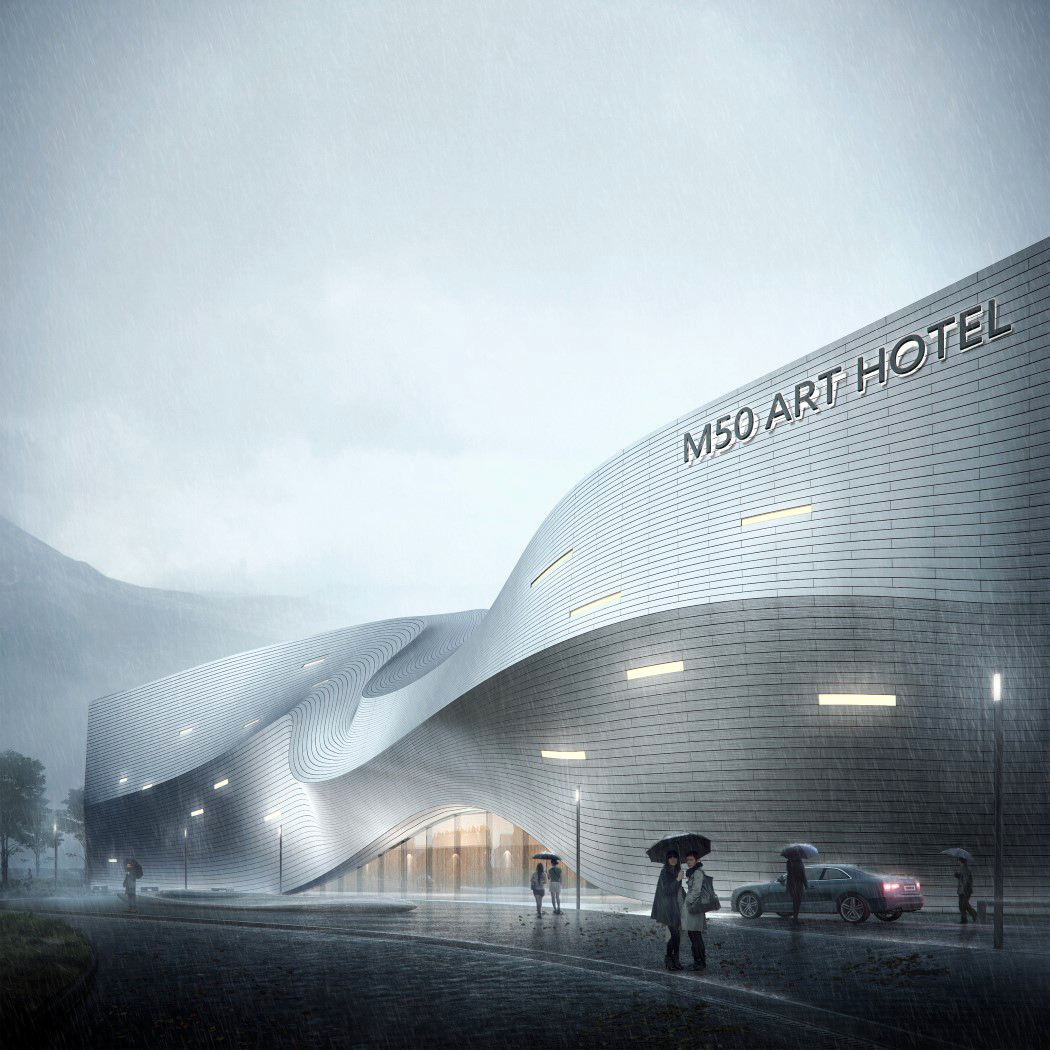 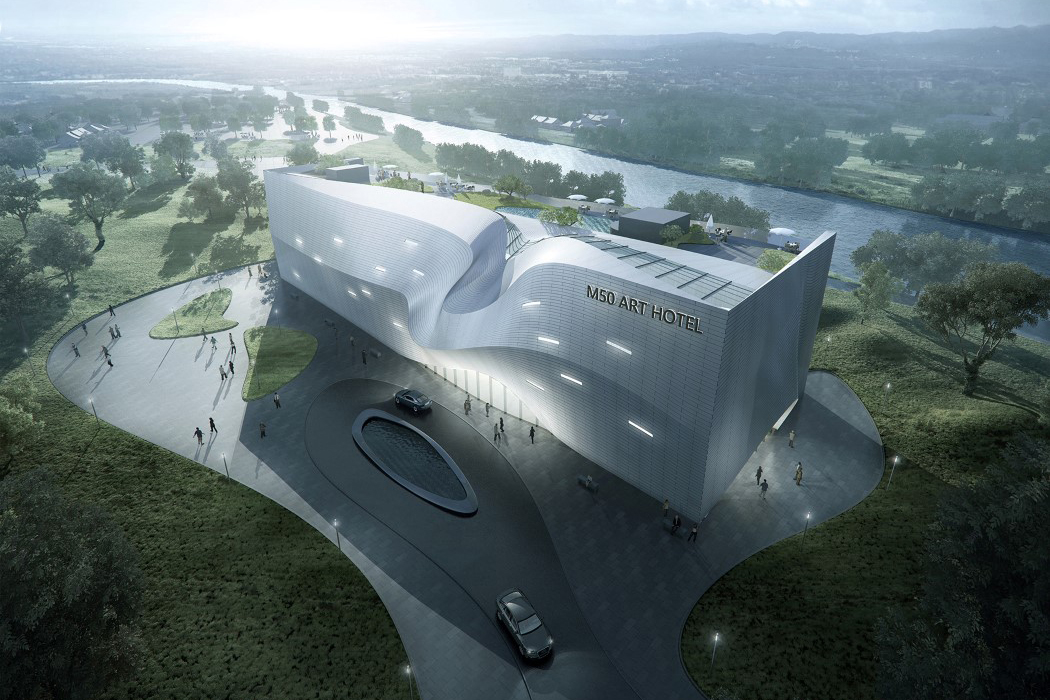 10. Sailing Castle Pavilion by Cheng Tsung Feng
Bringing the ship’s sails to land as a strong expression-piece, the Sailing Castle Pavilion is a quaint open space that reacts with its surroundings by billowing with the wind, while remaining static on land. Tapping into the feeling of seeing a fleet of boats and fishermen sailing out to see, or making their journey back to land, the pavilion hopes to create that feeling of awe, at looking at a vast number of sails billowing in the wind together. The interaction among people and the Sailing Castle is a representation of the prosperity of the fishery industry, communal unity, expectation, and joy. 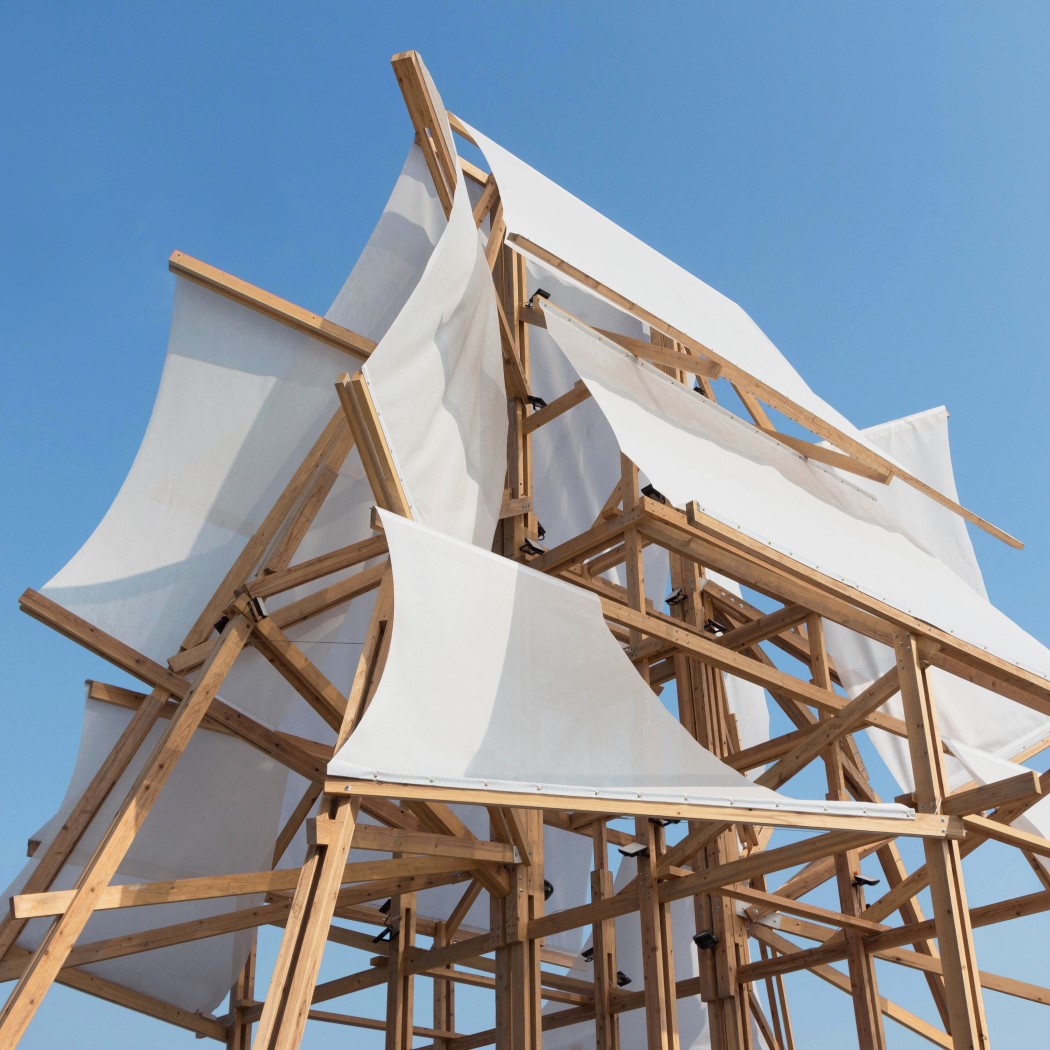 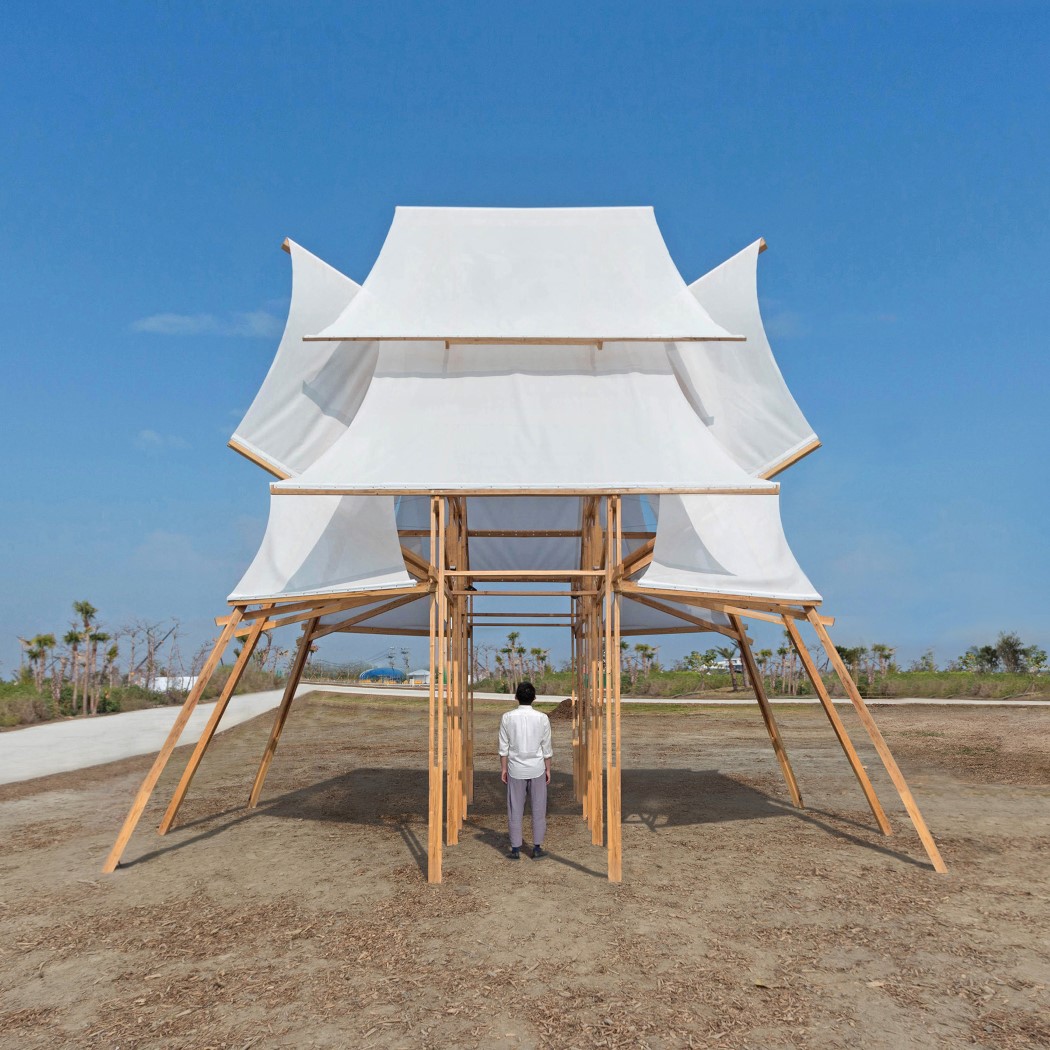 Impressed? Inspired? Go ahead and grab a spot for your own designs at the A’ Design Award and Competition 2020! Click here to Register Now! Hurry! The regular deadline ends on 30th September!

Furniture designs from A’ Design Award 2021 that are so good, they’re impossible to resist!

For decades now, a yacht is considered a symbol of wealth and the most lavish living on the seas. Only a few enjoy the luxury…