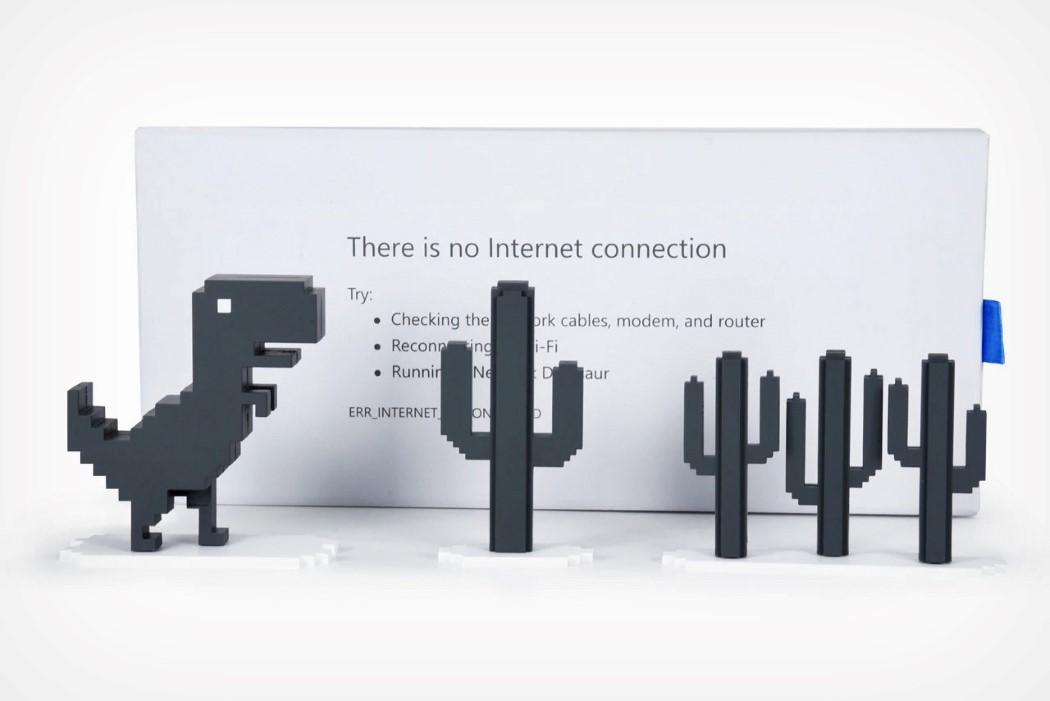 For the people who don’t know what this game is about (basically Safari users), the game starts as a webpage that tells you that your browser is offline. Press any key, and the game initiates, and you’re tasked with getting the dinosaur to jump over cacti, and under flying pterodactyls. Your high score gets recorded on the top corner.

Bell’s toy set captures the key elements of the game. While there are no pterodactyls in the box set (also because they make their appearance later on in the game), the set actually stays incredibly true to its inspiration. You’ve got the dinosaur, four different cacti, and the box is designed to serve as the backdrop too! The box comes with a reversible design, with the starting message on the face, and the game-over message on the back… and the jumping Dino is reversible too! Turn it over and the Dino comes with the familiar wide-eyed expression its digital avatar has when it lands on a cactus, triggering the end of the game! 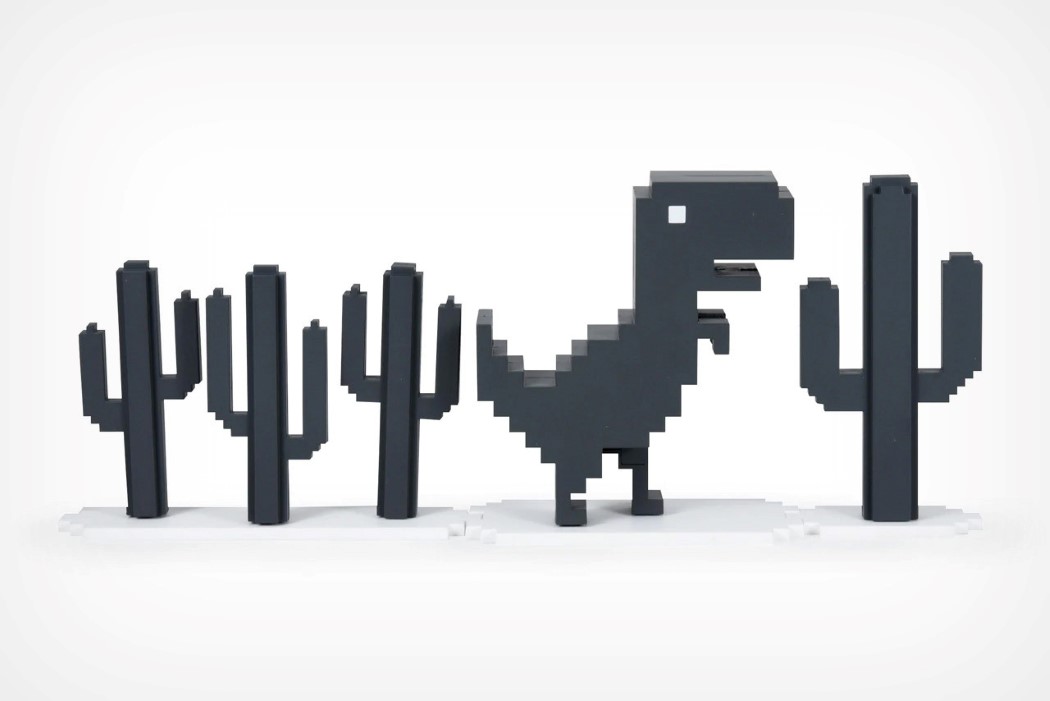 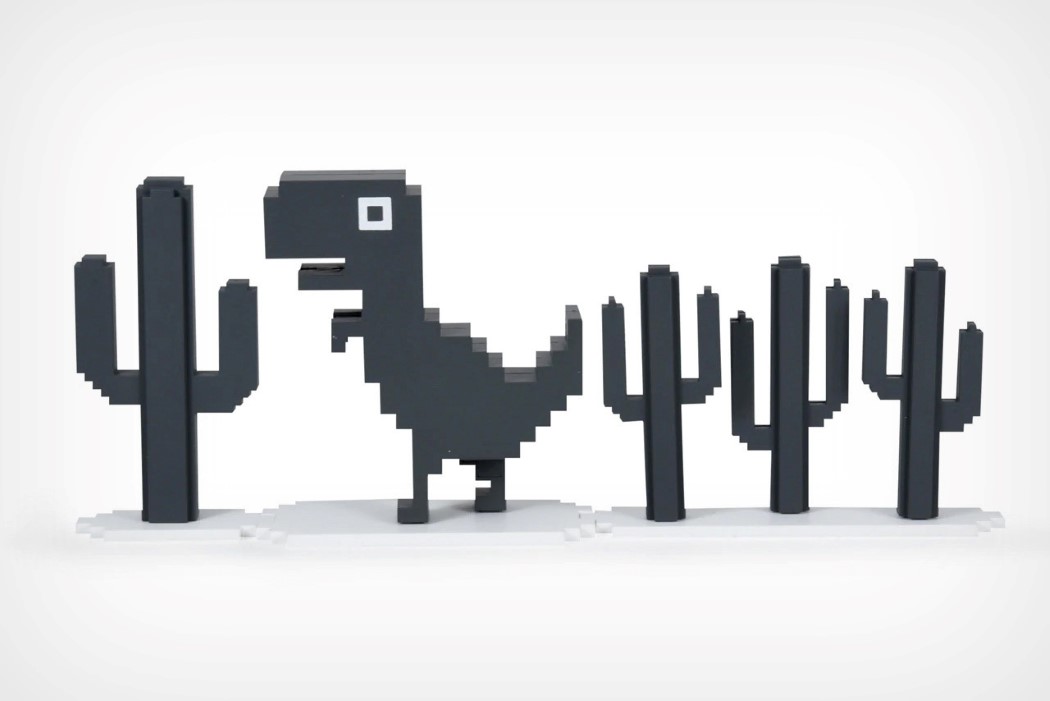 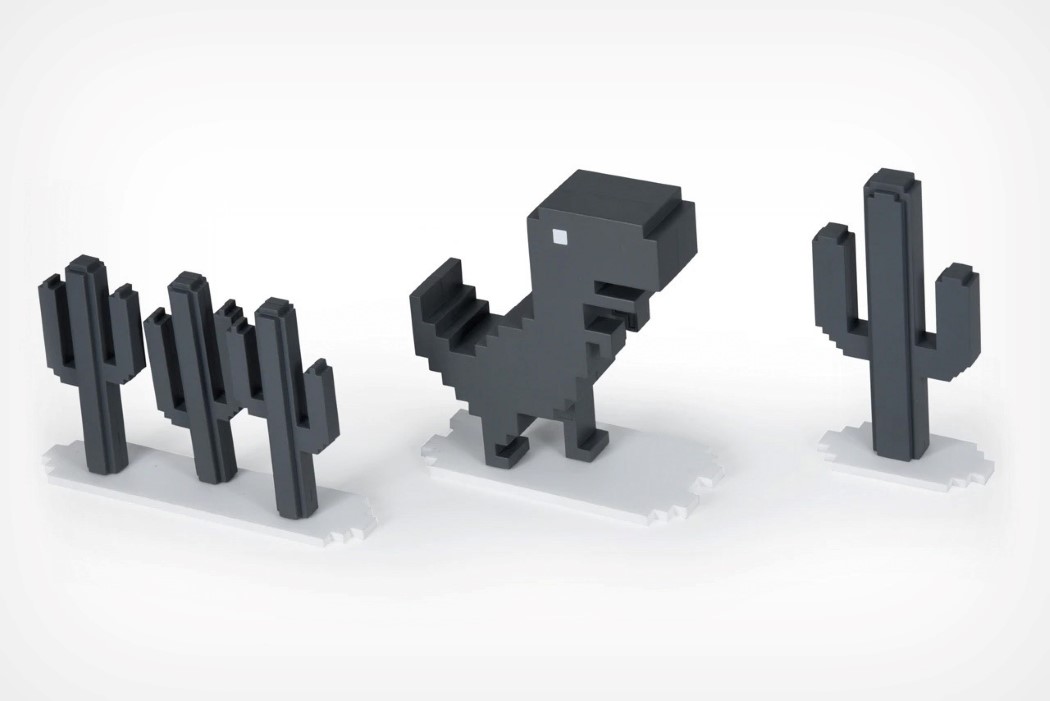 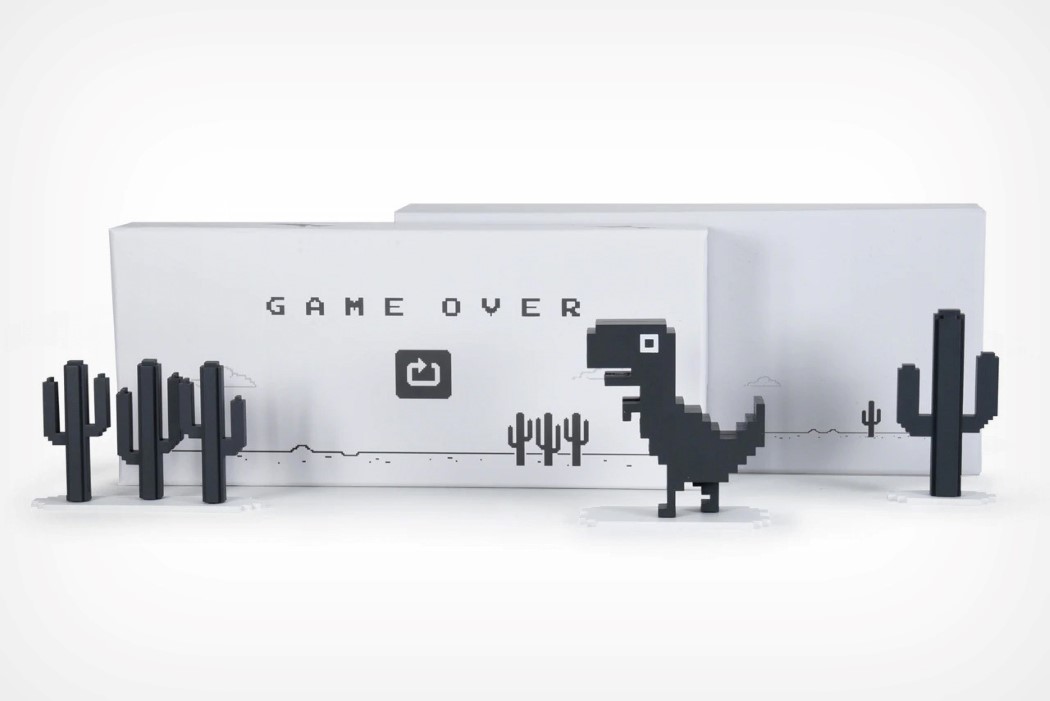 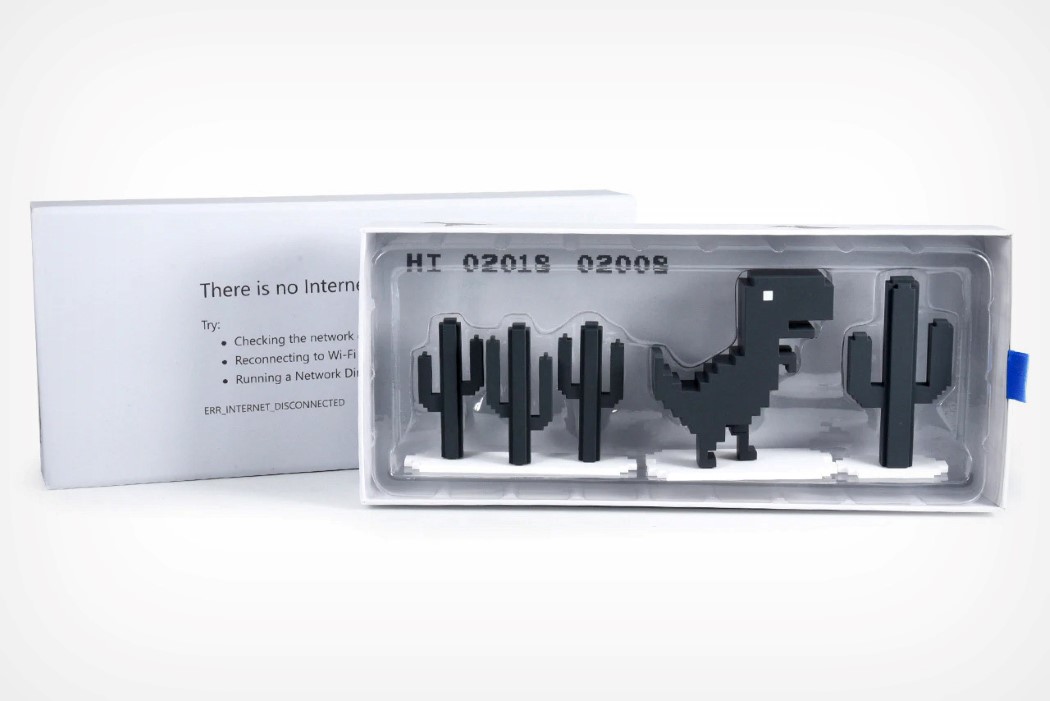 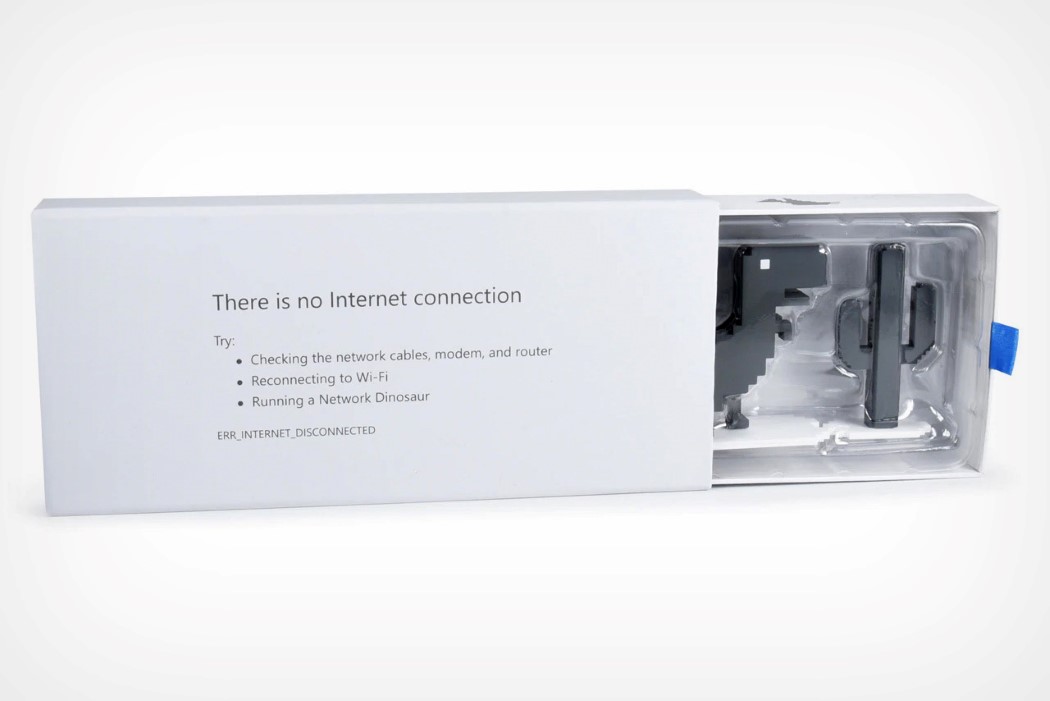 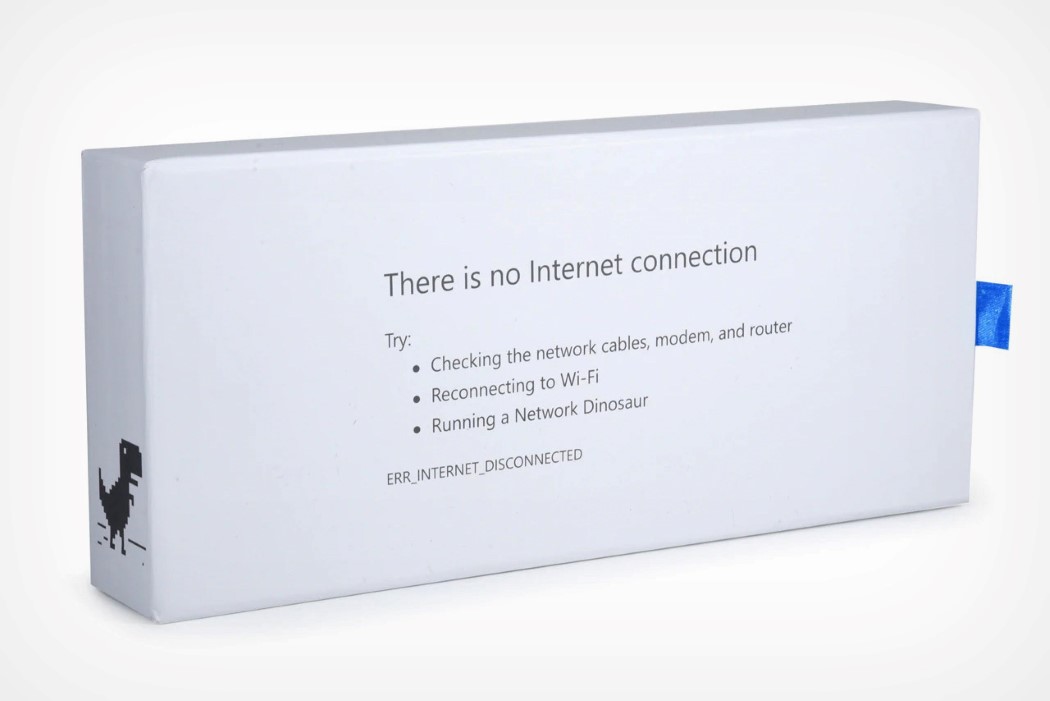 The Kicker Tea Tumbler, the latest concept from Kicker Studio, combines a teapot, infuser, and heater into a minimal tumbler that subtly incorporates technology to…

Without a screen or a keypad, the design of this phone aims to strip away all the excess functions of a modern mobile phone and…

I am instant coffee person so please excuse my lack of knowledge of recycling ground coffee beans. Apparently there are plenty of ways you can…

In the best way possible! You visit the restroom, wash up, and then go to dry only to have hurricane-worthy winds blast the water off…