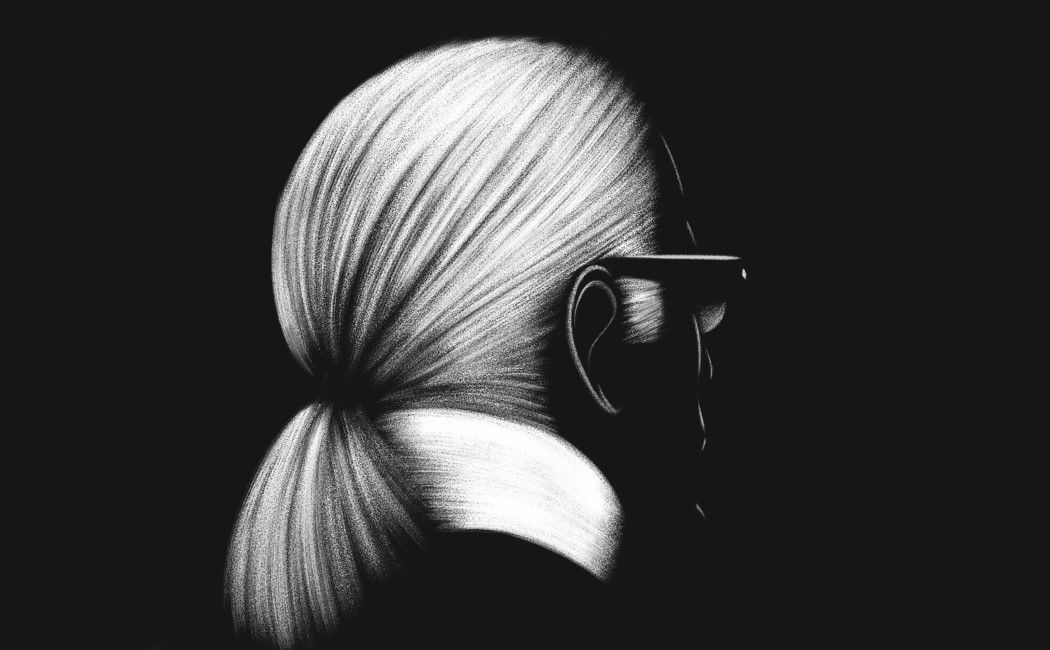 Karl Lagerfeld, renowned fashion designer and art director of Chanel for 30 long years died at the age of 85 last month after facing health complications at the beginning of the year. His death was received in two rather intriguing ways. Some people celebrated Lagerfeld’s 70-year legacy as a fashion visionary and trend-setter… while others made sure Karl’s legacy included the fact that he was a racist, sexist, fat-shaming misogynist and a vocal Islamophobe.

These extremely polar opinions began to unearth a question I previously asked myself and a lot of people around me, especially during the Times Up #MeToo movement. What do you do when you love the work of a designer but hate the designer for the person they are? Or any creative, for that matter. Do you support the work because it’s truly good, even though its creator may be a morally questionable human? Do you shun the work because it’s important to make a stand against a bad human? It’s necessary that we define the term bad human first.

SO, WHO EXACTLY IS A BAD HUMAN?

Unlocking some sort of answer to the previous question means properly defining the term ‘bad human’. The #MeToo movement helped bring a lot of bad humans to light. These people were mostly sexual assaulters or were accused of being complicit, so there’s really no argument there. The word ‘bad person’ would also extend people with traits that the society or the law terms as ‘bad’ i.e., violent people, corrupt people, racists, xenophobes, the like. It’s pretty easy to spot these sort of ‘bad humans’, or as a now-redacted article in 99U called them, ‘assholes’. However, sometimes it’s more complicated/subjective than you’d think. In fact, here’s an excerpt from the article that I managed to save before the article disappeared.

Things get a little blurry as you move away from socially acceptable traits of being morally objectionable. You may disagree fundamentally with people over issues that are much more debatable. Political preferences, religious preferences, opinions regarding abortion, the LGBTQ+ community, or vaccines, this is where the term ‘morally objectionable’ becomes slightly subjective (more so because views may be divisive, but there’s no legally correct or incorrect preference/opinion yet).

THE THOUGHTS OF AN EDITOR

Here’s a comparison I often make when covering design work on YD. It isn’t perfect, and it’s borderline cheesy, but it gets the point across more often than not. A child shouldn’t be held accountable for the crimes their parents may have committed.

It’s important for Yanko Design (a design showcase platform) to draw a line between the work of the creator and the creator themself. The Yanko Design platform was created to showcase and highlight exemplary work irrespective of the designer’s personal ideologies. The critiquing, to a large extent, is limited only to the work, which can be good or bad, and the character of a designer shouldn’t influence the judging of the quality of a design. As editor, I wouldn’t specifically praise a design because the designer is a gem of a human being, so why would I criticize someone’s work because I find the creator morally objectionable? Although, nobody could have put it more brilliantly than Paula Scher, graphic designer and partner at Pentagram, who said “Sometimes terrible people make great art, and sometimes wonderful people make mediocre crap. Don’t confuse protest with value judgment.” The YD platform is one of value judgment, which is why it’s necessary to objectively judge the work… and not the person.

That being said, as a human, I’m forced to accept certain hard facts. Karl Lagerfeld, as talented as he was, was also a racist, sexist, and a misogynist… Louis CK, Bill Cosby, and Kevin Spacey are sexual assaulters, and Michael Jackson and Pablo Picasso were pretty renowned pedophiles. My consumption of their art/talent, as a human being and as a creative comes from being very conscious about the fact that they’ve done some horrible things in the past.

THE THOUGHTS OF A FELLOW DESIGNER/HUMAN

Picasso is credited with being a pioneer of the cubist and surrealist movement. He helped truly shatter the myth that art had to follow conventional rules of limited perspective, depth, and had to be about realistic three-dimensional interpretation. The cubist movement helped change the way we perceive art today, and assisted in forming our very notions of surrealism and abstractism. Picasso’s work influenced generations of artists after him. In most ways, even a part of Hannah Gadsby’s iconic stand-up show, Nanette. Picasso also was openly and famously a misogynistic creep and a pedophile.

Two (sometimes complicated) statements sort of form the core of my belief system when it comes to deciding how to treat good work created by a bad person. A. It’s important to judge the work for what it is, and the creator separately. B. It’s equally important to start holding creators to a much higher standard. Lagerfeld got away with a lot of toxic crap, and so did Picasso. Now that we’re finally standing up to these injustices of character, creators shouldn’t get away with being assholes because sometimes, it can reflect in and corrupt their art. There are, however, also times when the art isn’t a reflection of the creator’s objectionable behavior. Hitler’s Nazism and anti-semitic bend didn’t reflect in his paintings, but hip-hop artists often litter their musical works with their brand of misogyny. Don’t confuse protest (towards the creator) with value judgment (towards the work)… but, at the same time while being a consumer or an audience, don’t confuse inspiration with patronage either.

“You’ve got to separate the man from the art… How about you take Picasso’s name off his little paintings and see how much his doodles are worth at an auction?” – Hannah Gadsby, Nanette (2018).

Somewhere between inspiration and support/patronage lies an incredibly fine line. Both are forms of consumption, but one’s with the intent to do better, while the other isn’t. Your sense of protest should help define this line between the two. I recently learned that the late Eric Gill, a prolific designer and the creator of Gill Sans, molested his two young daughters for years. This doesn’t necessarily make Gill Sans a lesser font, but given the option, I’d rather pay money and buy a font from a creator with a better reputation. Gill doesn’t deserve my patronage… but his creations do possess the ability to speak to me, inspire me, and manifest themselves in my own work… that’s a good thing. In fact, that’s what good art or design is supposed to do. Art begets art, and design begets design.

There’s a lesson you can learn from their work, but there’s also a lesson you must learn from their evils. Appreciating and being inspired by work created by a flawed human isn’t wrong, as long as you take cognizance of the fact that their character and behavior should not be tolerated, and definitely not celebrated. Definitely exercise your right to protest bad behavior, to make sure you don’t support or patronize the creator… but don’t deny yourself the nourishment and growth good work can bring to you as a creator and human too, to do better.

Oh boy, this was exhausting! It involved a lot of soul-searching, reading articles like these, and talking to a whole bunch of people, both online and offline, about what they think. This opinion piece reflects my own thoughts, as an editor and a human, and has been perhaps one of the most difficult articles to write, given the eternal nature of this internal conflict.

By no means do I claim to have an answer or a framework for judging the work created by an objectionable person, but everyone’s conscience operates differently, and this is the closest I’ve gotten to being able to document and make sense of the mechanisms of mine. It’s an incredibly difficult pill to digest, the one that your favorite creatives could be incredibly bad human beings. I struggle with listening to Michael Jackson’s songs, or with watching Kevin Spacey act, or Louis CK create comedy. That internal struggle is an absolute headache, but it’s important because it helps strengthen or weaken your conscience… and that’s truly what really matters!

It’s necessary for the design industry to hold these morally objectionable humans within it accountable too. The #MeToo movement barely skimmed the surface of the design community, with only architect Richard Meier and animator John Lasseter being among the noteworthy names publicly called out for their heinous actions and behavior. The fact that a Karl Lagerfeld existed among us and got away with his behavior and speech is shameful, but I hope that the design industry can evolve to become one that creates good designers that are ALSO good humans.

So what’s the answer to the question at the very beginning of the article, you probably wonder. “What do you do when you love the work of a designer but hate the designer for the person they are?”

Like I said, I honestly don’t have an answer that’s universally acceptable… but if there’s one thing worth taking from this article, it is to strive to do better… and to be better. That’s the best way to consume good work created by objectionable people.

It’s the year 2005, and Nokia’s E-Series phones have a cult following that’s difficult to ignore. The phones came with a relatively large-ish screen, but…

On the 12th of December last year, we shared statistics from the Design Council Survey in 2018 that outlined an interesting fact. Even though design…

Technology permeates our lives, and our world revolves around it. From the computers that run the backbone of the world’s information system to the smartphones…

As designers, we often care most about creating the best possible product and can be guilty of tunnel vision during the design process. However, I…