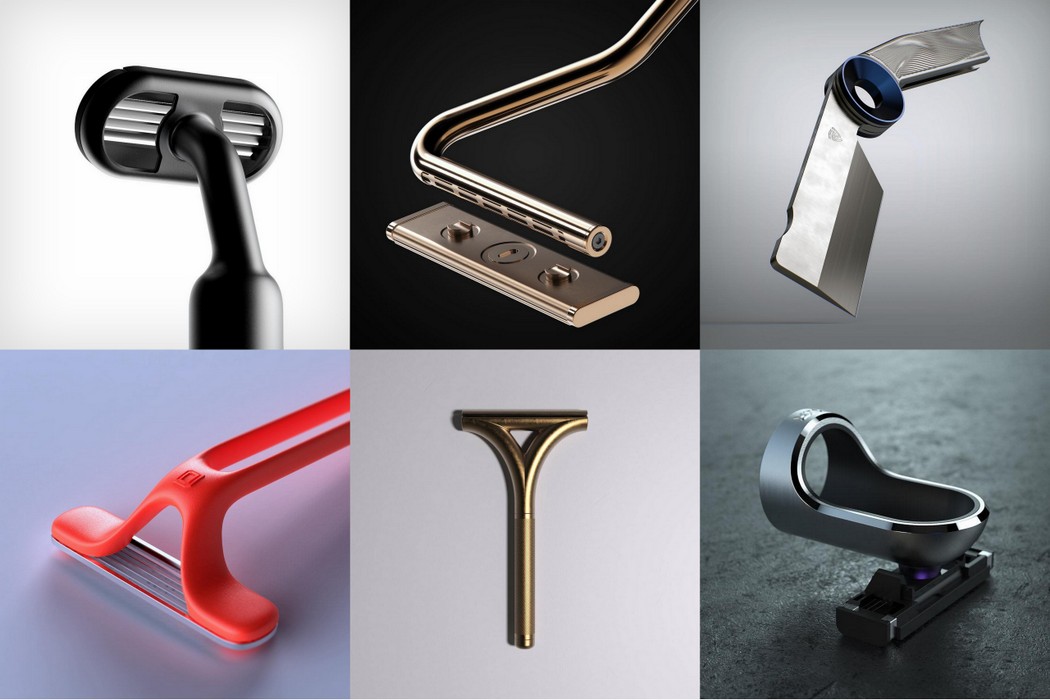 If you’re an industrial designer who hasn’t heard of Render Weekly, stop everything you’re doing and head down to their website to have a look at the community of designers and render-artists who come together week after week to showcase their talents in modeling and rendering. The idea is simple. Render Weekly suggests a product every week, and you have a week to upload your work on Instagram with the hashtag #renderweekly. The best designs get picked and showcased on Render Weekly’s Instagram account, and their modelers/renderers get immense designer street-cred.

The prompt for Week 45 was Razor. Pretty open ended if you ask me. Designers were required to design as well as model and render out their razor concepts and the results ranged from sleek and minimal, to chunky and masculine. Some designs even redefined the razor as we knew it. Among hundreds of entries, we picked our favorite ten based on their concept, choice of material, CMF, and lighting! 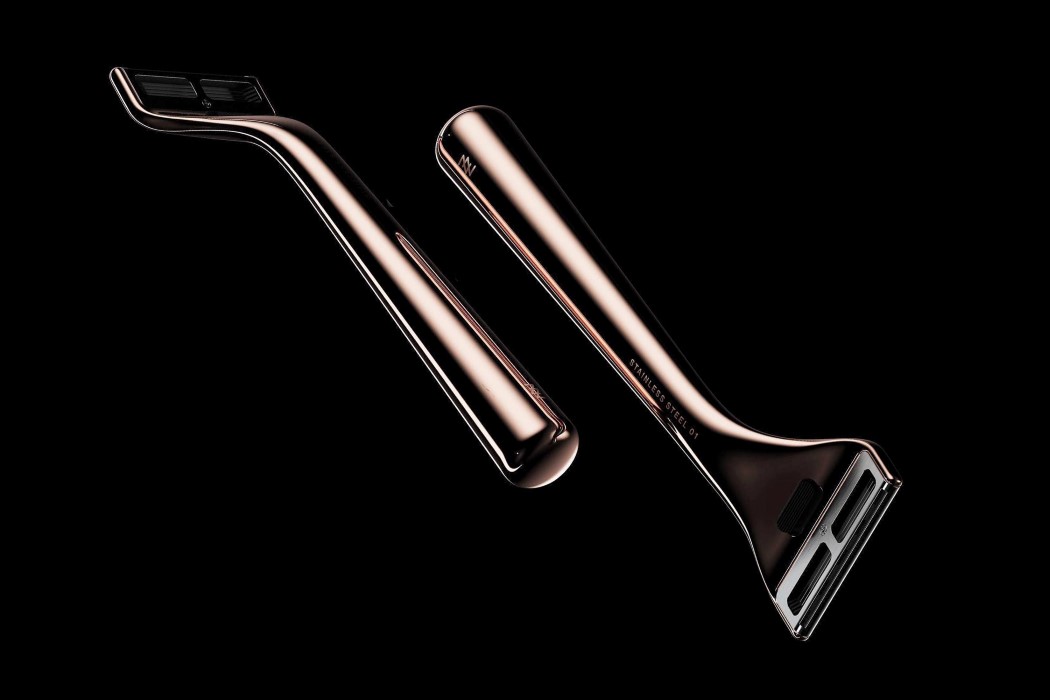 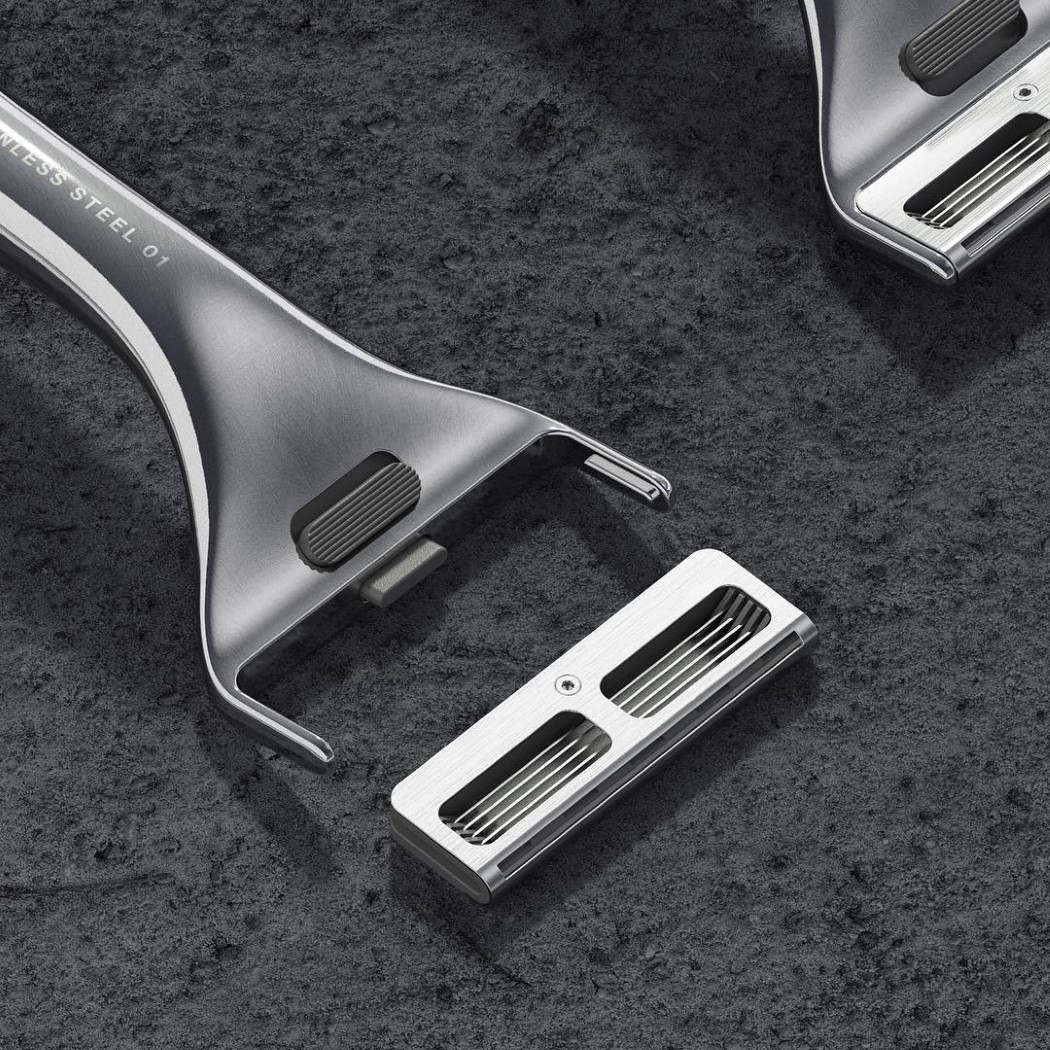 Jake Lee’s Z-Razor is simple, beautiful, and looks like it would be an absolute pleasure to hold and use. The stainless steel body comes with its share of curves and a nice weighted design that looks like it would feel great to grip. The blade has an innovative docking mechanism too, and can be easily ejected with a simple click of a button. 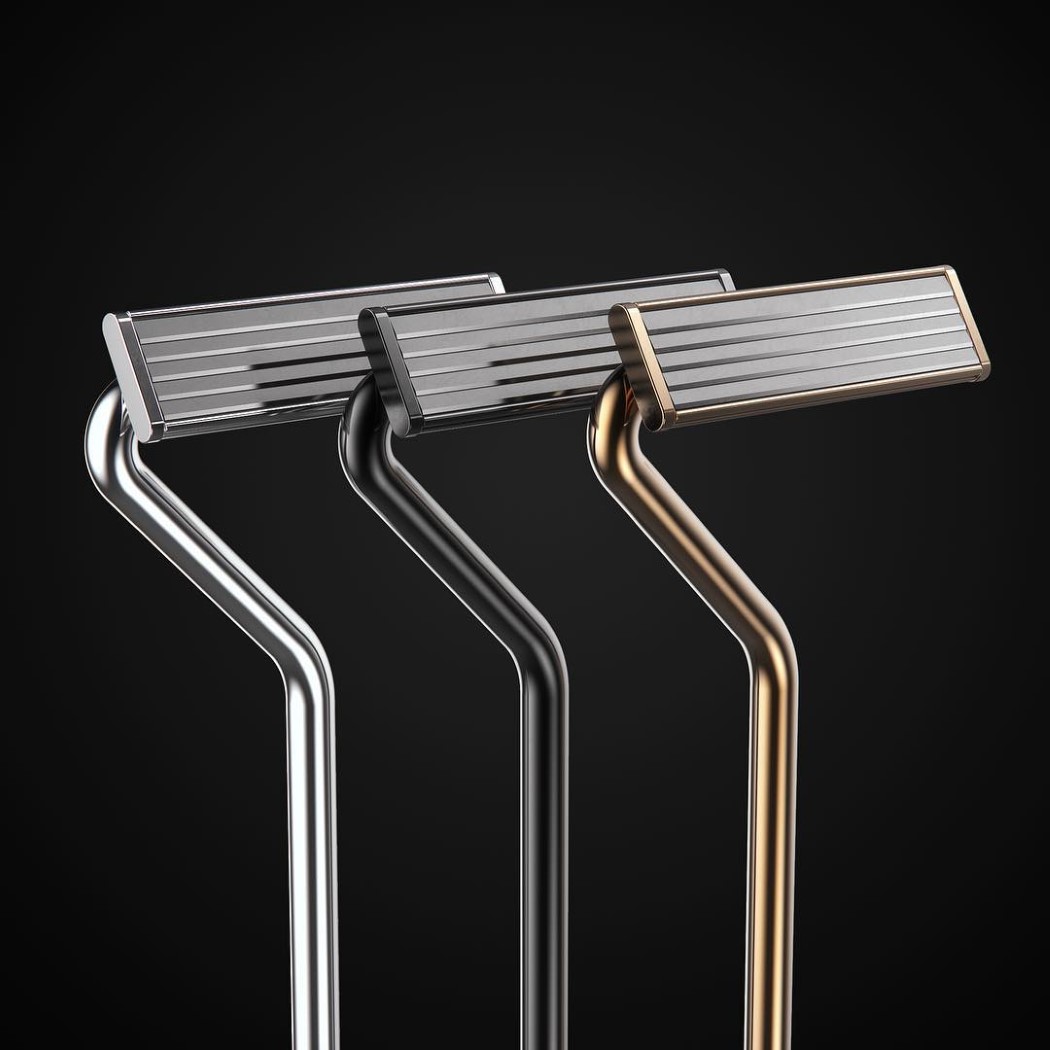 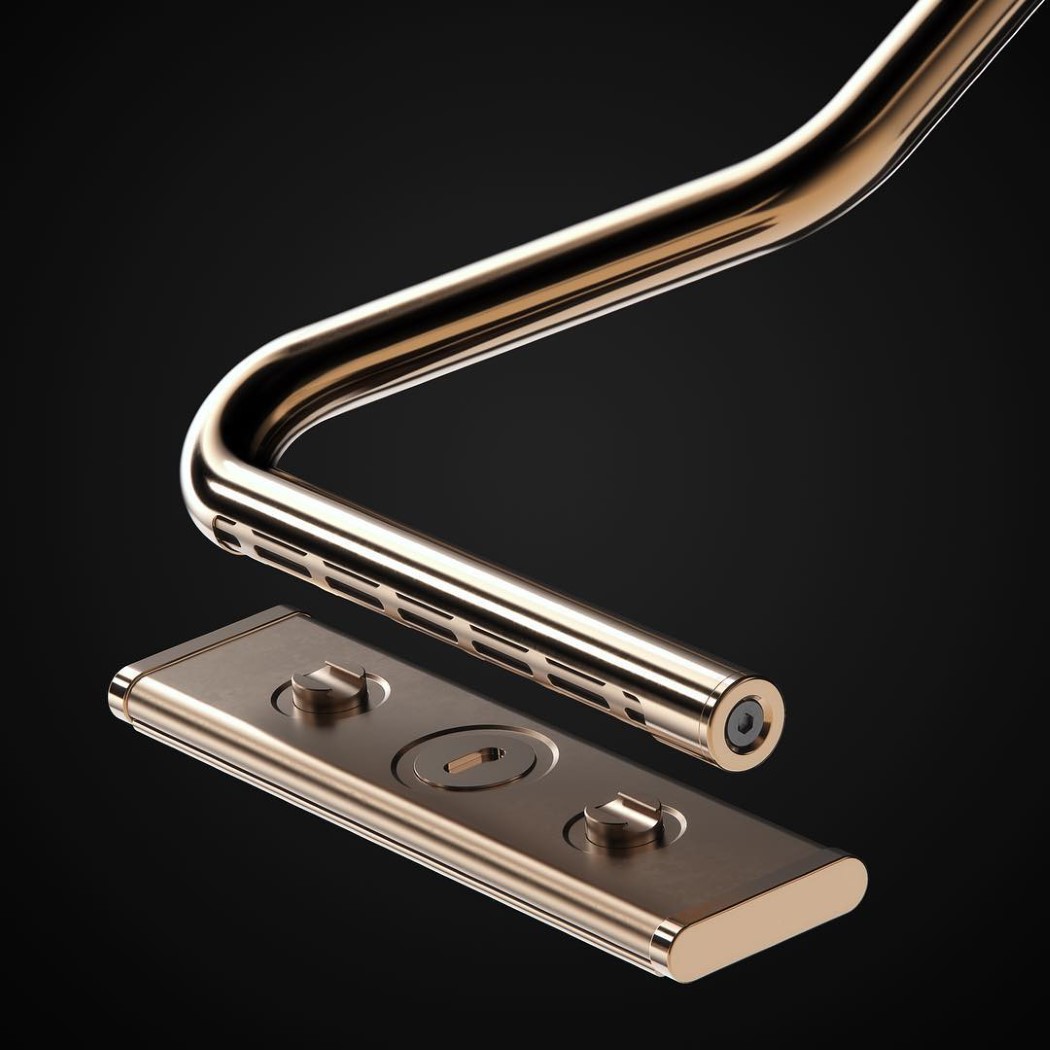 Jonathan Welch’s razor is as simple as they get. Made entirely from metal, and with an incredibly slim body, Welch’s razor wouldn’t be as grippy as Jake’s Z-Razor, but it does look incredibly desirable, and even features a rotating razor-head that lets you maneuver the blade easily across your jaw. 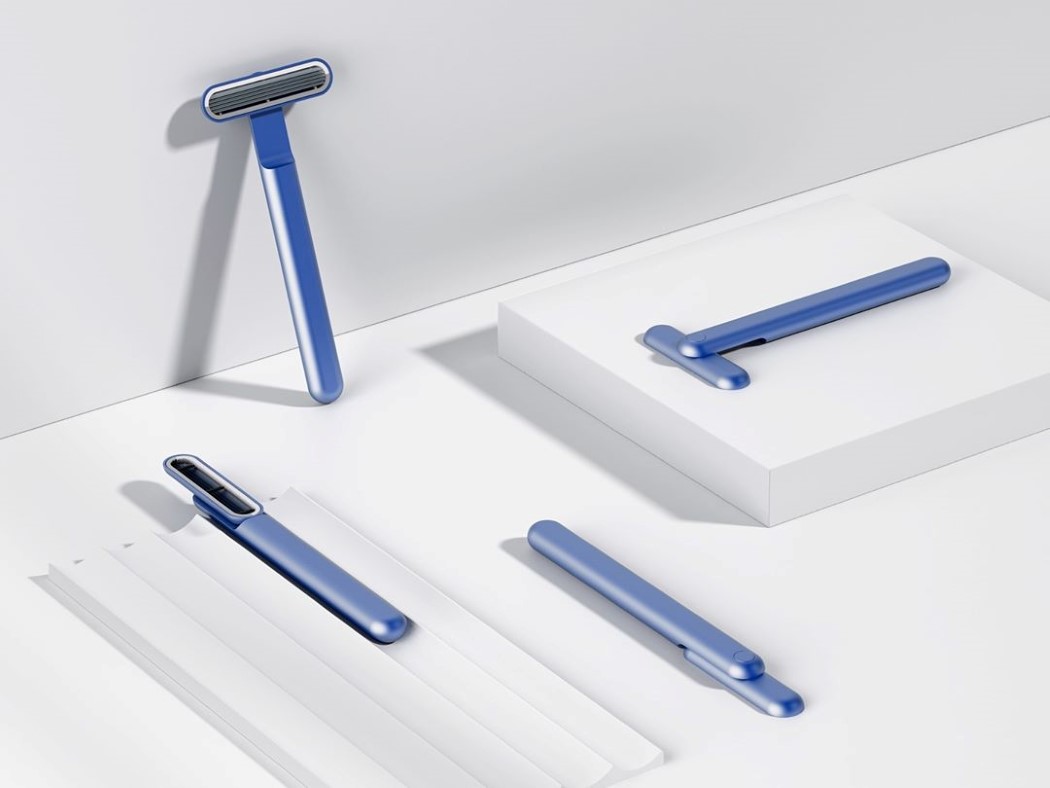 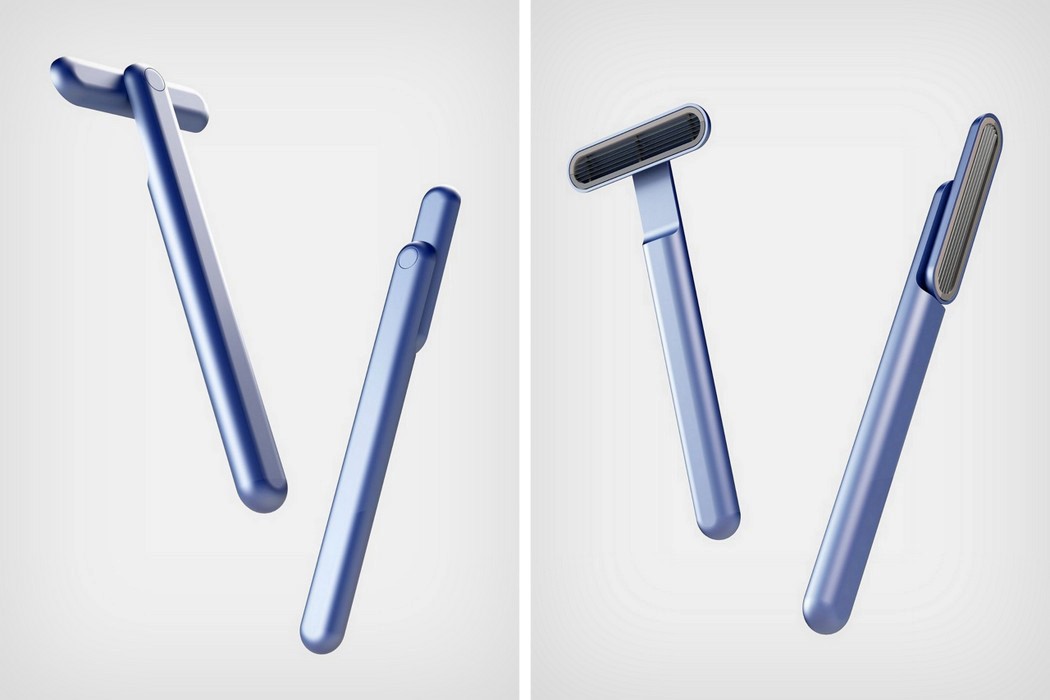 This razor designed by Kevin Klöcker actually champions portability. It features a swiveling razor-head that rotates 90° to vertically align with the handle, allowing the razor to become as thin as a pencil, allowing it to slip easily into toiletry bags or your luggage compartments without occupying any space. When you need to shave, open the razor out into its ‘T’ shaped format and the razor clicks back in place, holding its shape until you press a button on the back to close the razor down to its slim ‘I’ shaped form. 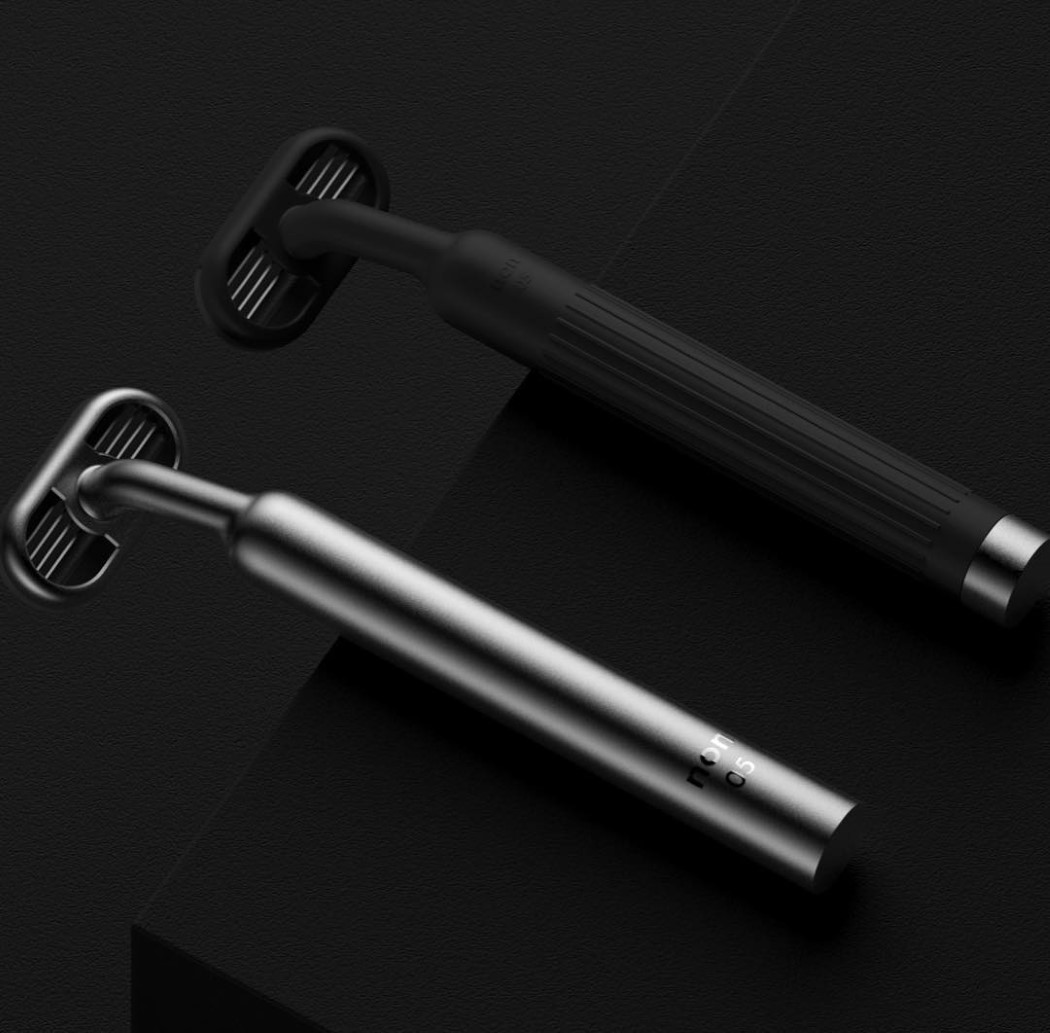 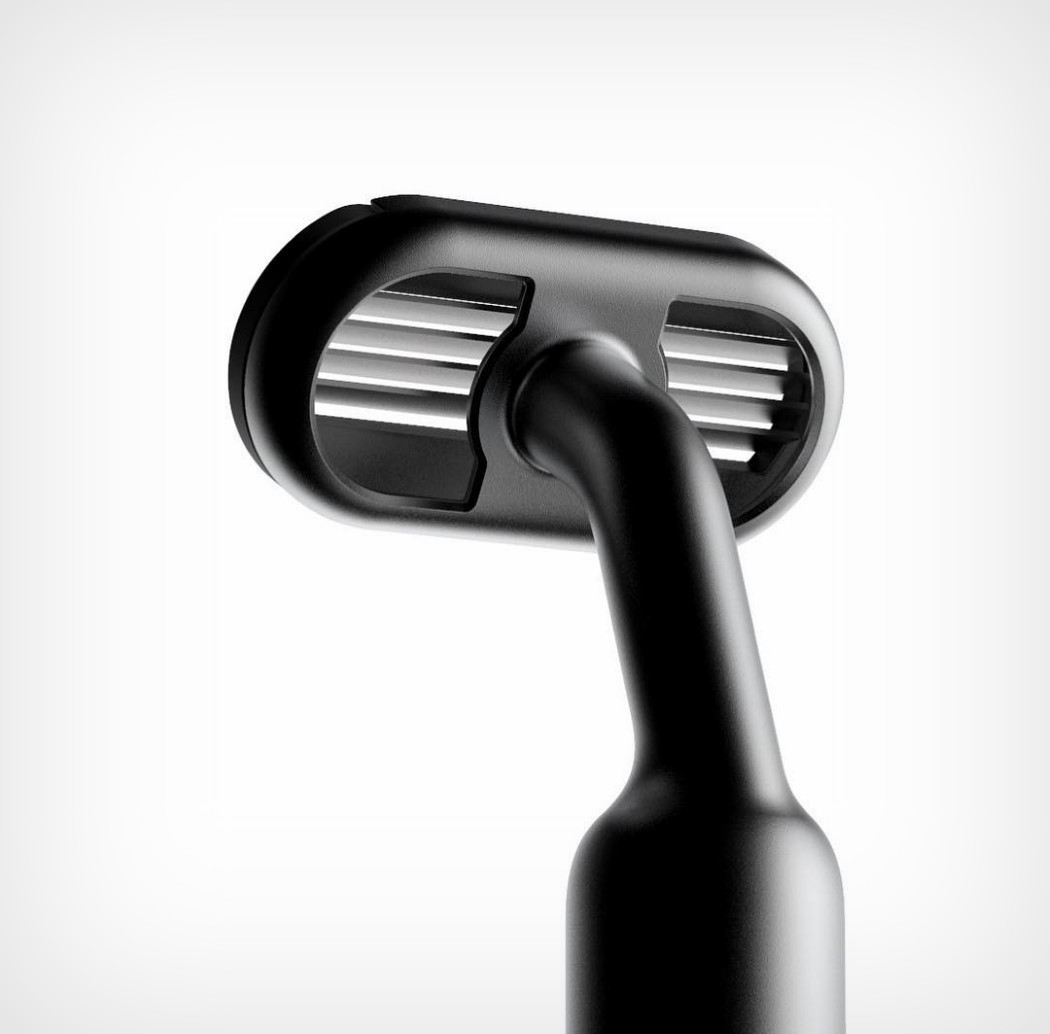 Seoul-based Hyunsol Park decided to channel a leManoosh vibe with his use of form, close-up renders, and a design language that’s universally appealing. The razor also features a weighted flat base that allows it to stand vertically when not in use, and a rather interesting silicone neck that connects the razor to the handle, allowing the razor-head to flex ever so gently to follow the contours of your face as you shave. 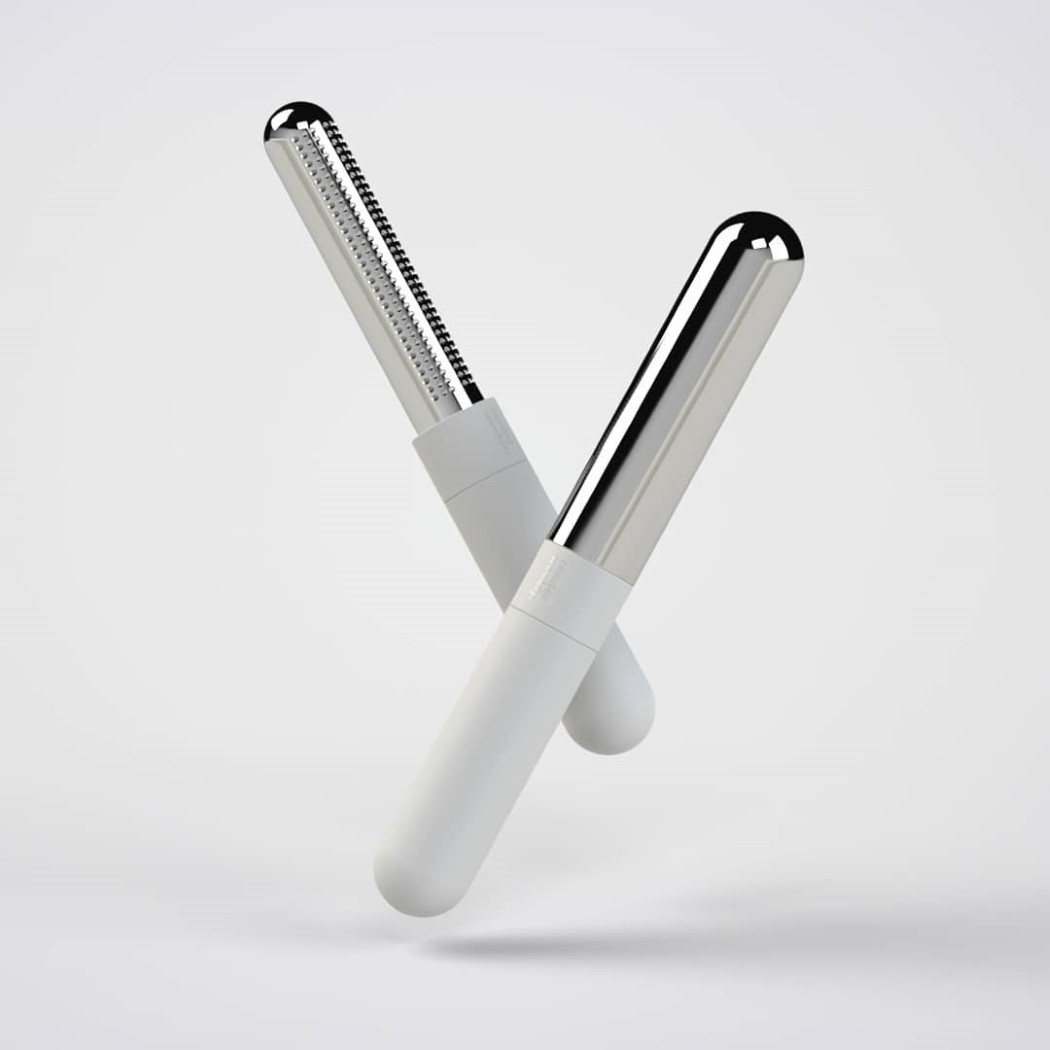 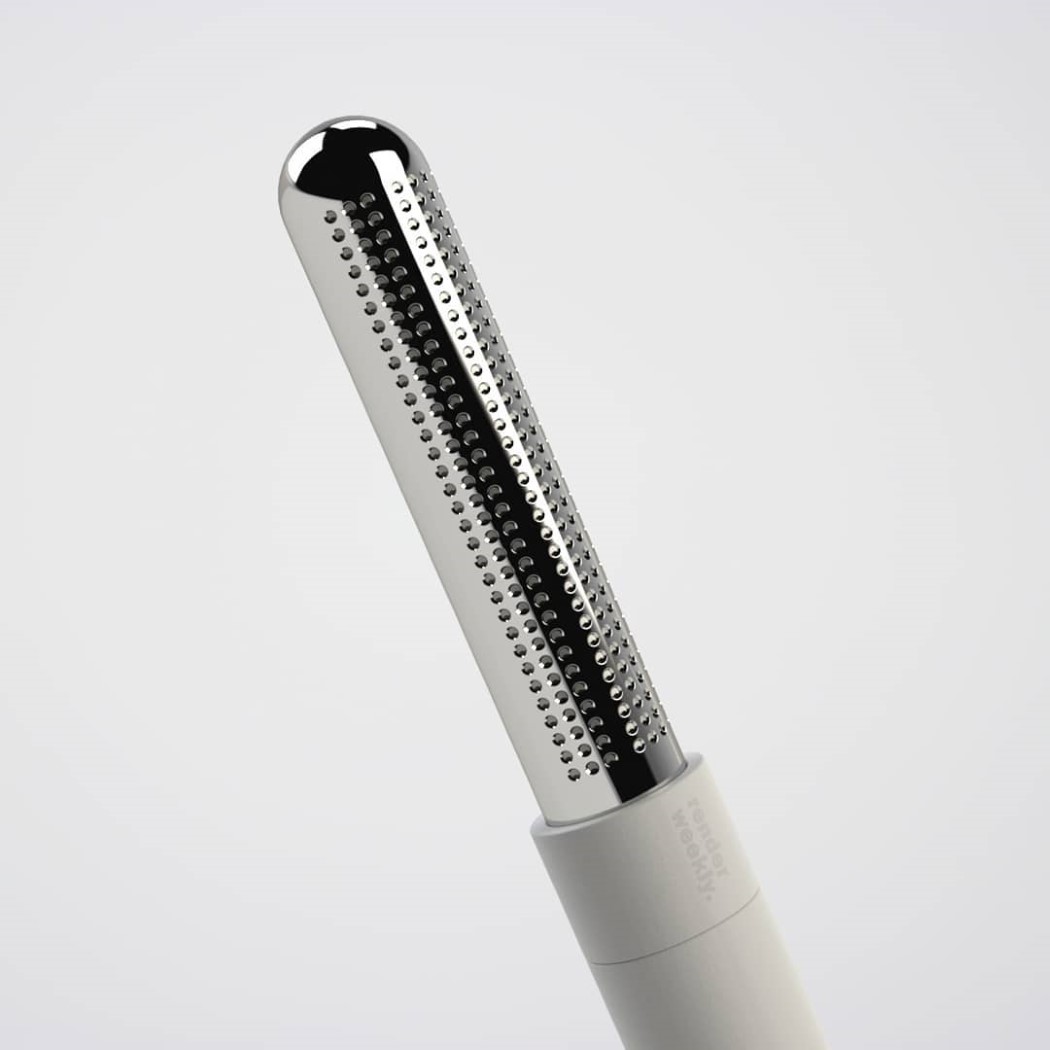 Another champion of portability, the Pill razor by Jeffrey Lee is a completely different concept. Designed to be a vertically oriented electric trimmer, the Pill slides easily into pockets and backpacks, letting you carry it around just as easily as you would a pen. Pop its magnetic cap off and the Pill begins working. Hold the mesh against your stubble and the Pill trims your beard, giving you a neat, clean shave. Pop the cap on and voila, the Pill turns off! The area below the razor not only serves as a handle but also houses the AA battery that runs the razor. 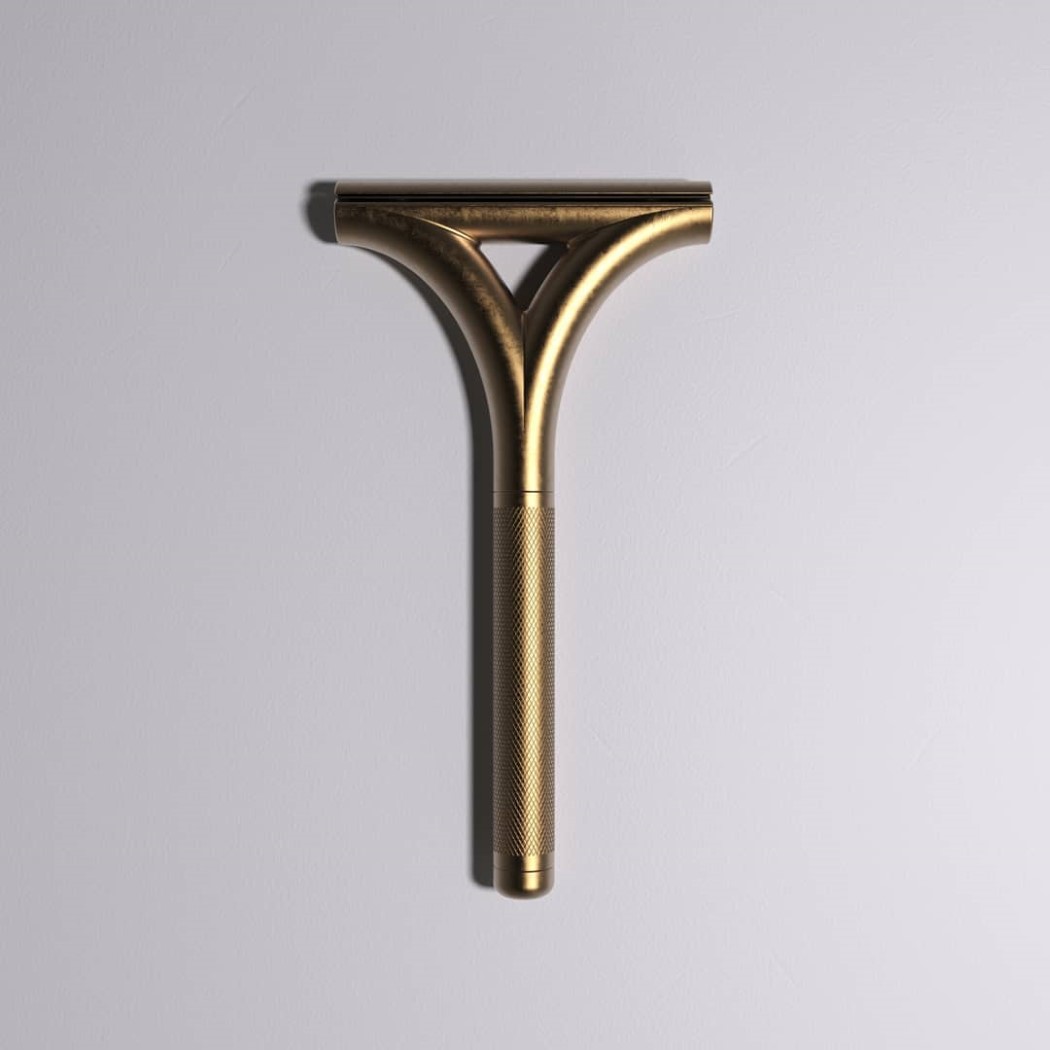 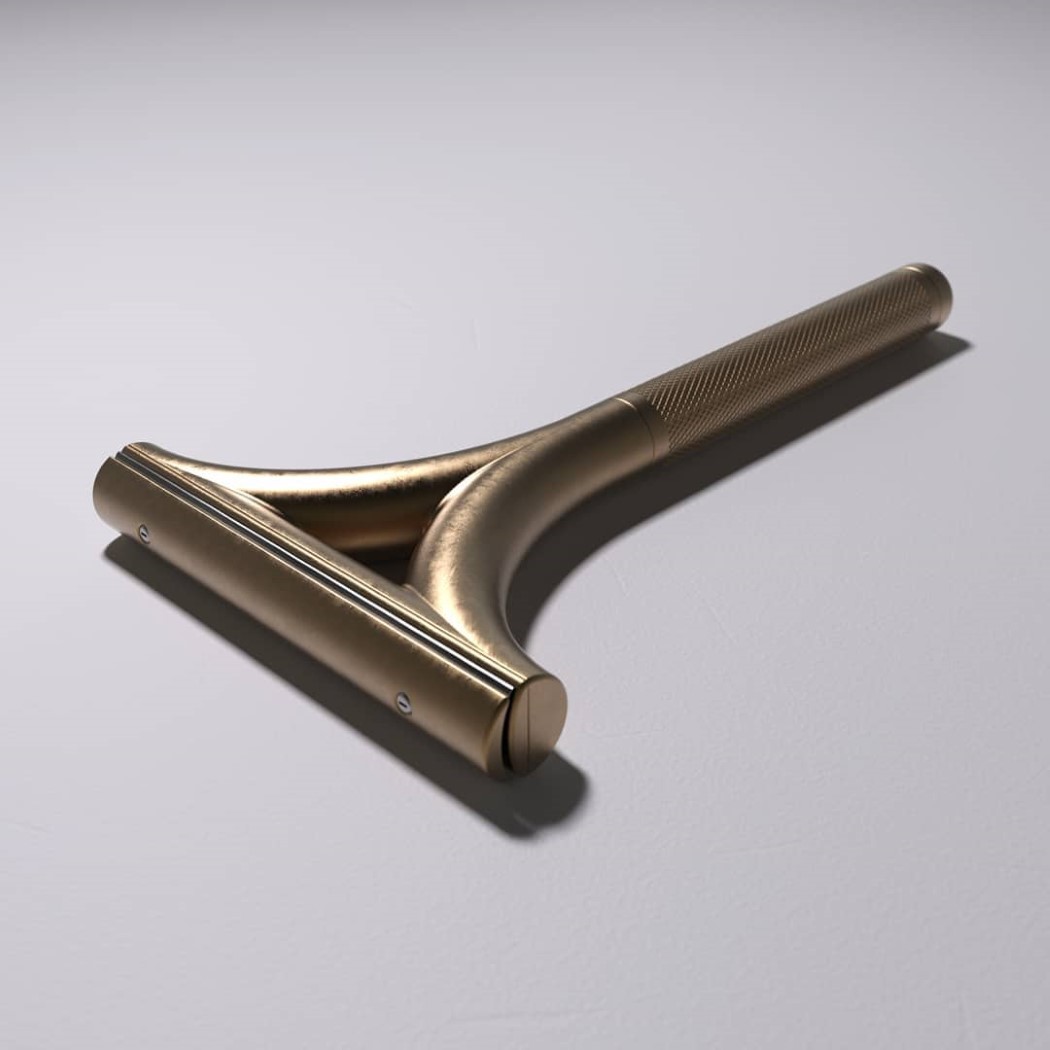 Max Syme’s brass razor looks retro but also reliable. There’s a certain masculine comfort in the way Syme’s razor looks. Does it have something to do with its robust looking Y shape? I don’t know. The razor is made from solid brass, features a slightly distressed look for that macho touch, and comes with a knurled handle that’s great to hold onto as you run the razor across your jawline. 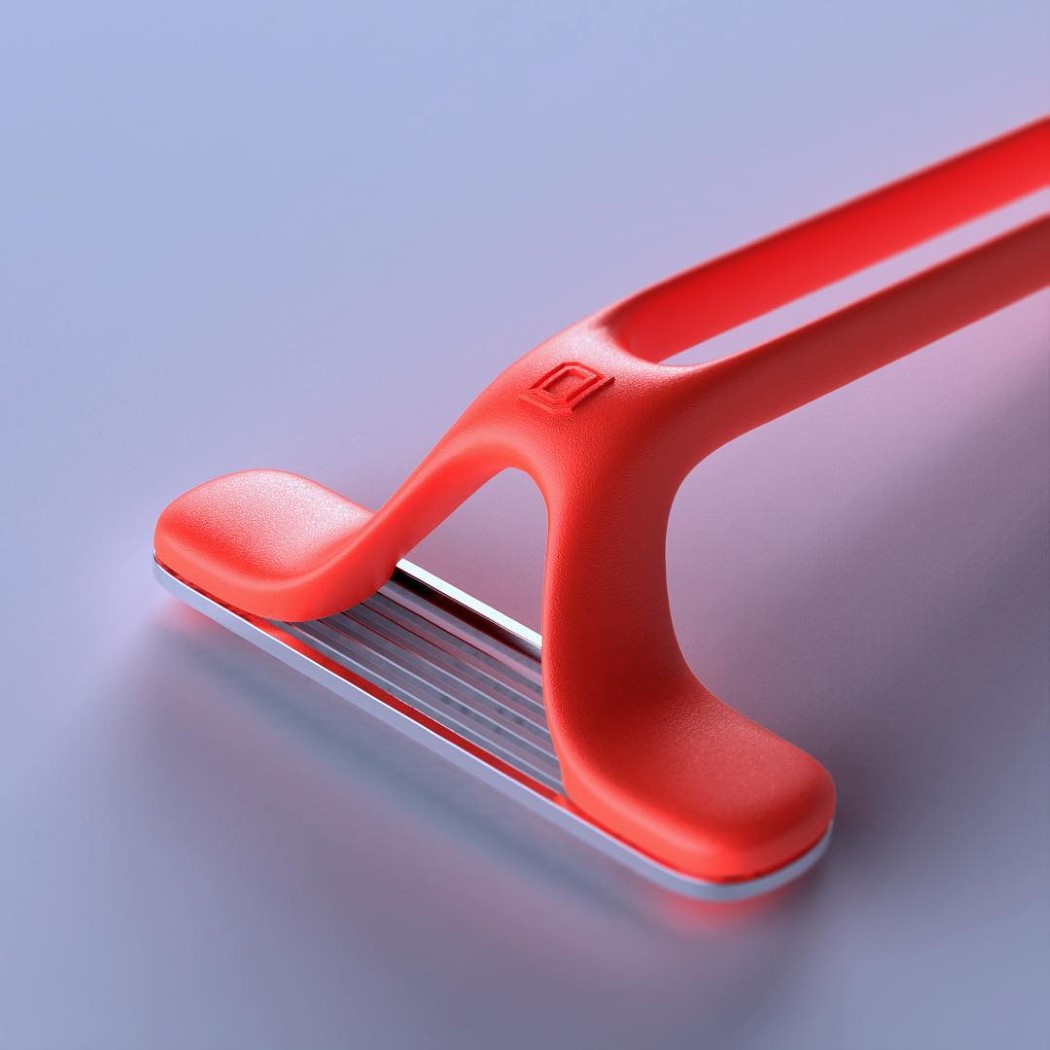 Dave Joseph’s razor features a Y frame too, but captures a completely different spirit. Warm, inviting, and friendly, Dave’s razor design features a plastic body that’s absolutely rendered to perfection. The material, its roughness, self-reflections, and color are simply spectacular. Modeled with TSplines in Fusion and rendered in Keyshot. 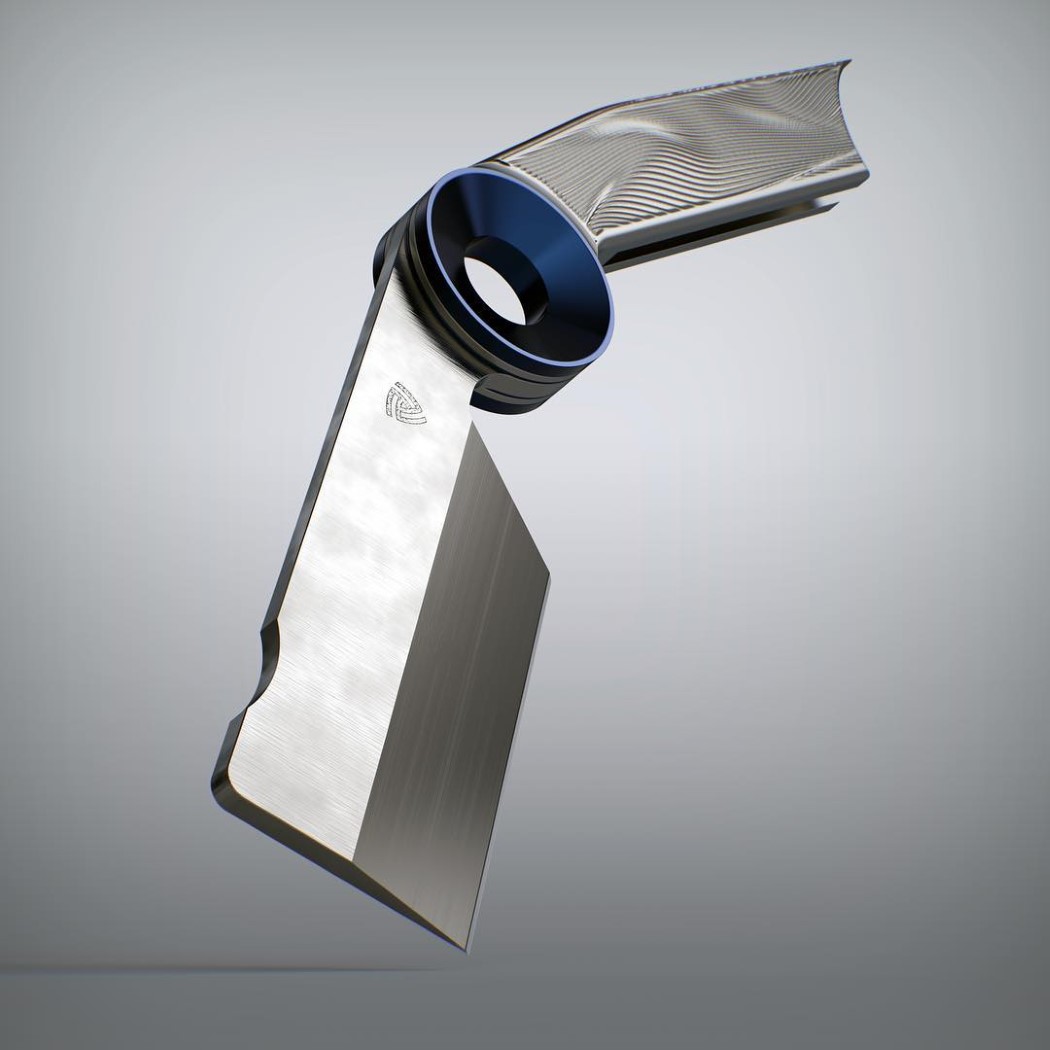 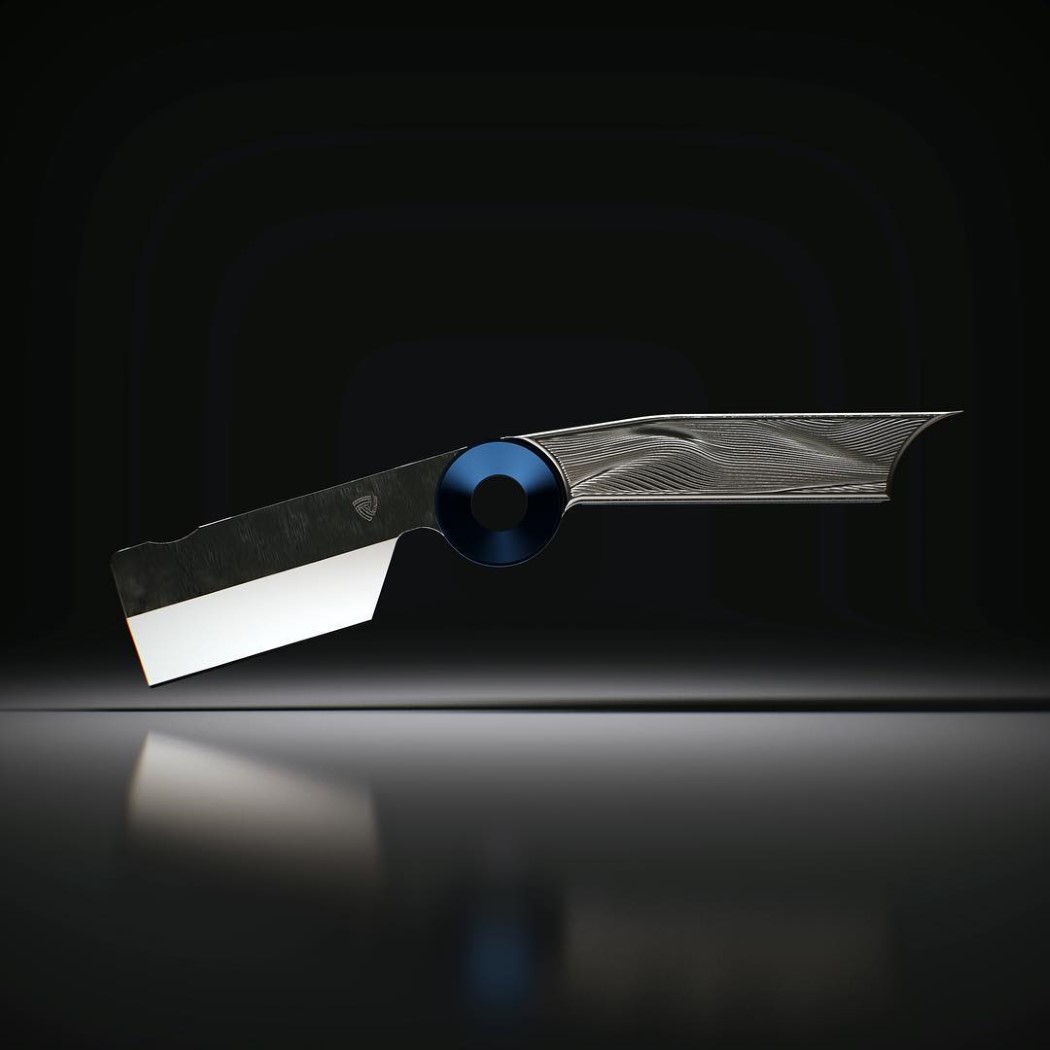 One of the few straight razors to get submitted in this challenge, Mehmet Ergul’s razor design features a hollow, hub-less rotating hinge, and a beautifully organic texture on the handle that stands out against the blade’s angular, geometric design. The hollow hinge forms a great concave rest for your thumb as you shave, and here’s a little secret. Ergul used a dope displacement map to render that handle texture! 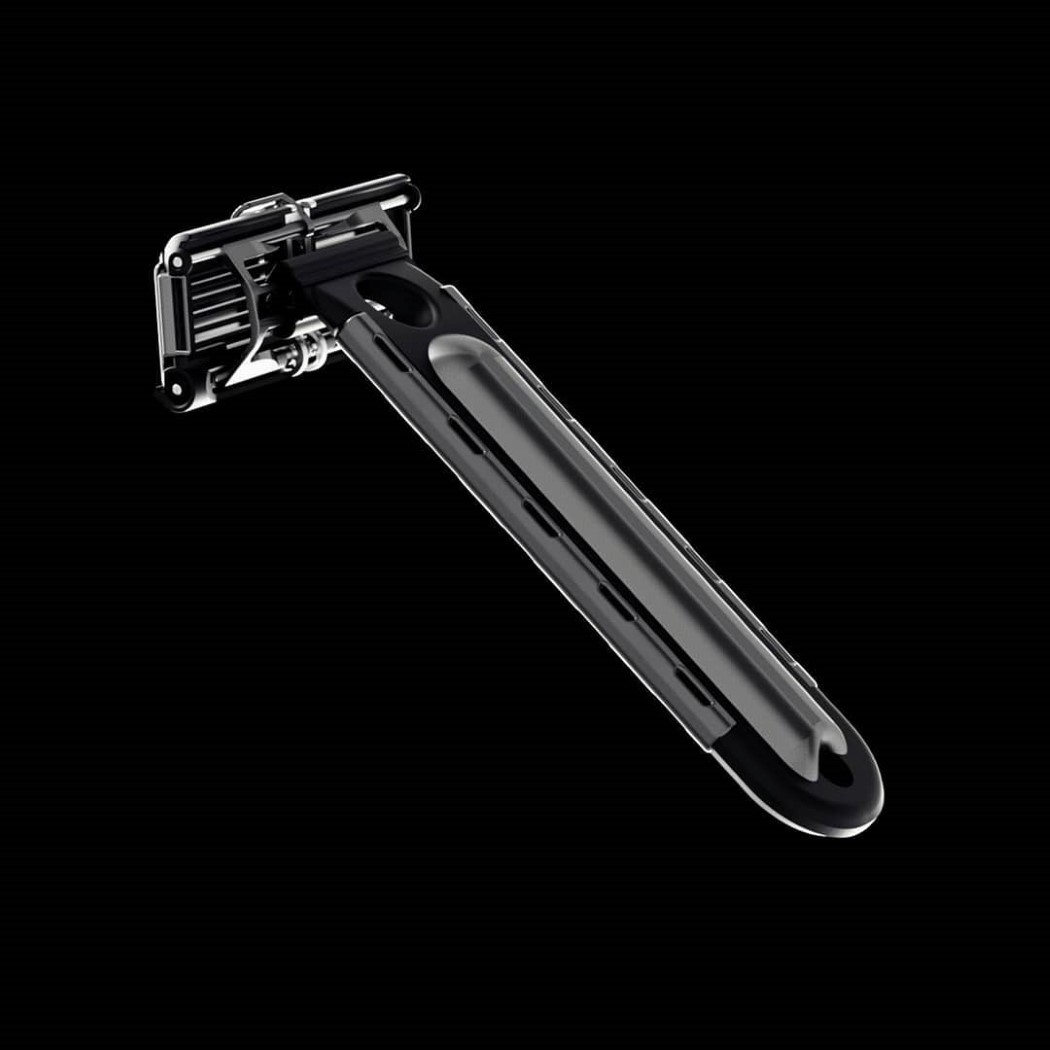 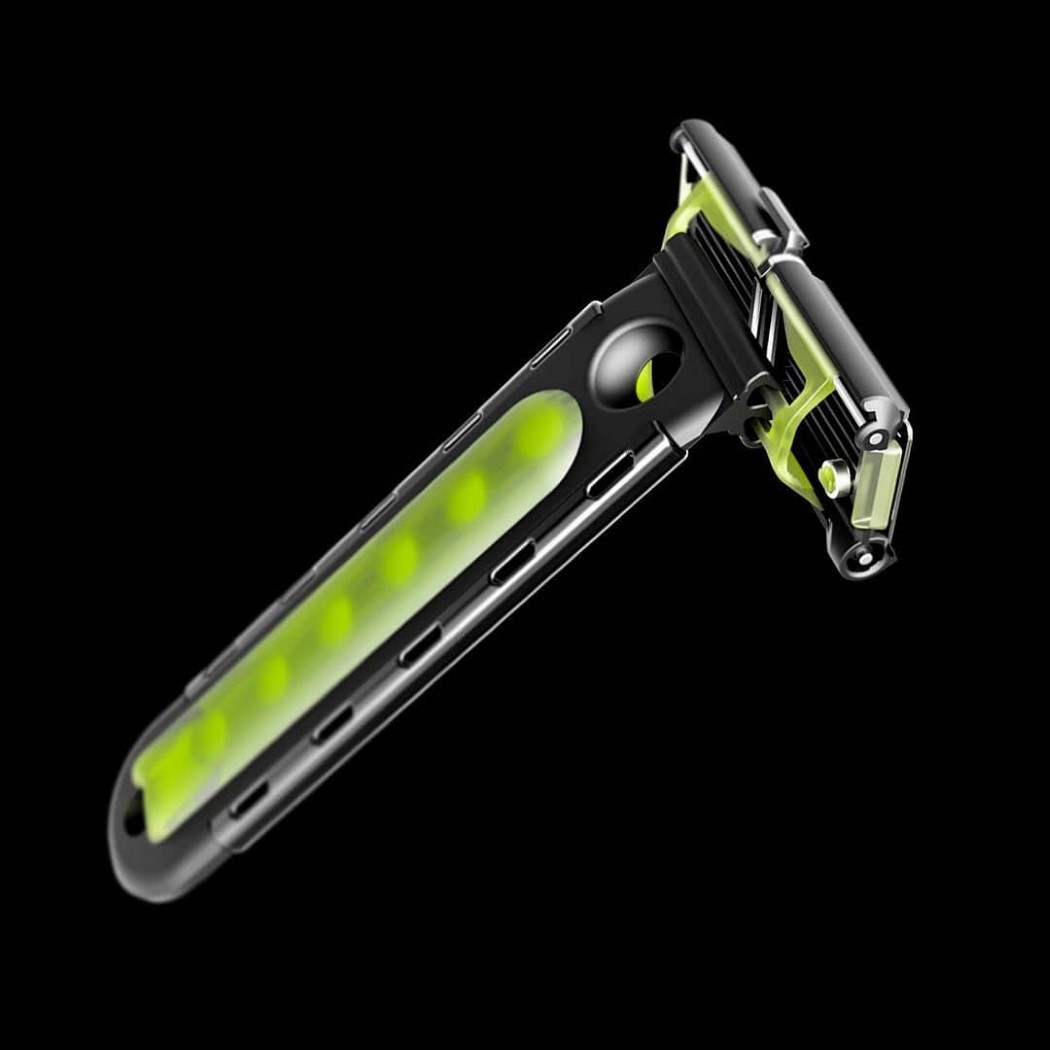 Dustin Low’s razor stands out as one of the most detaild looking razors of the lot. Overcomplicated, but in a good way, Low’s razor design explores a lot of things. Form, proportion, material, textures, transparency, and their ultimate effect on aesthetics. Low’s even created a pretty awesome looking timelapse of the modeling process in Autodesk Fusion 360! 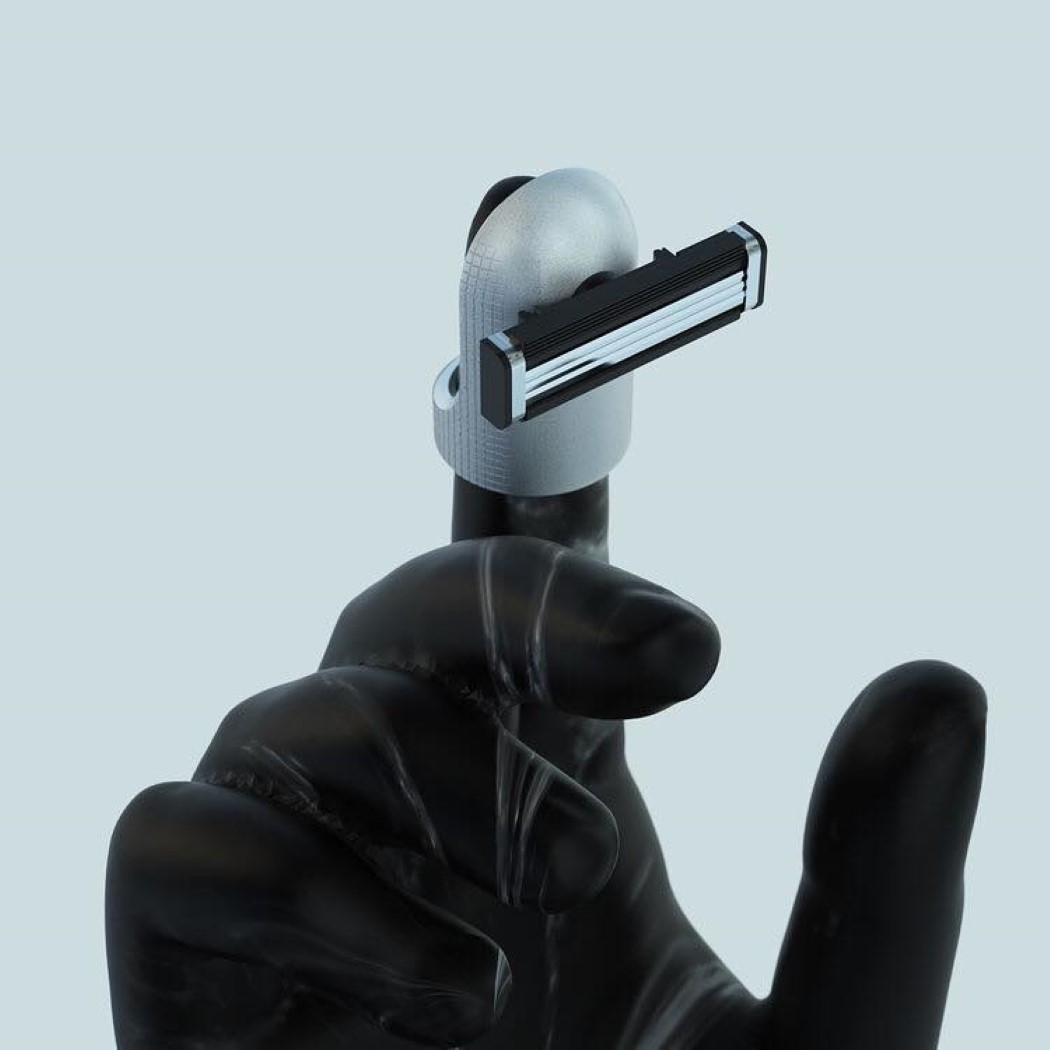 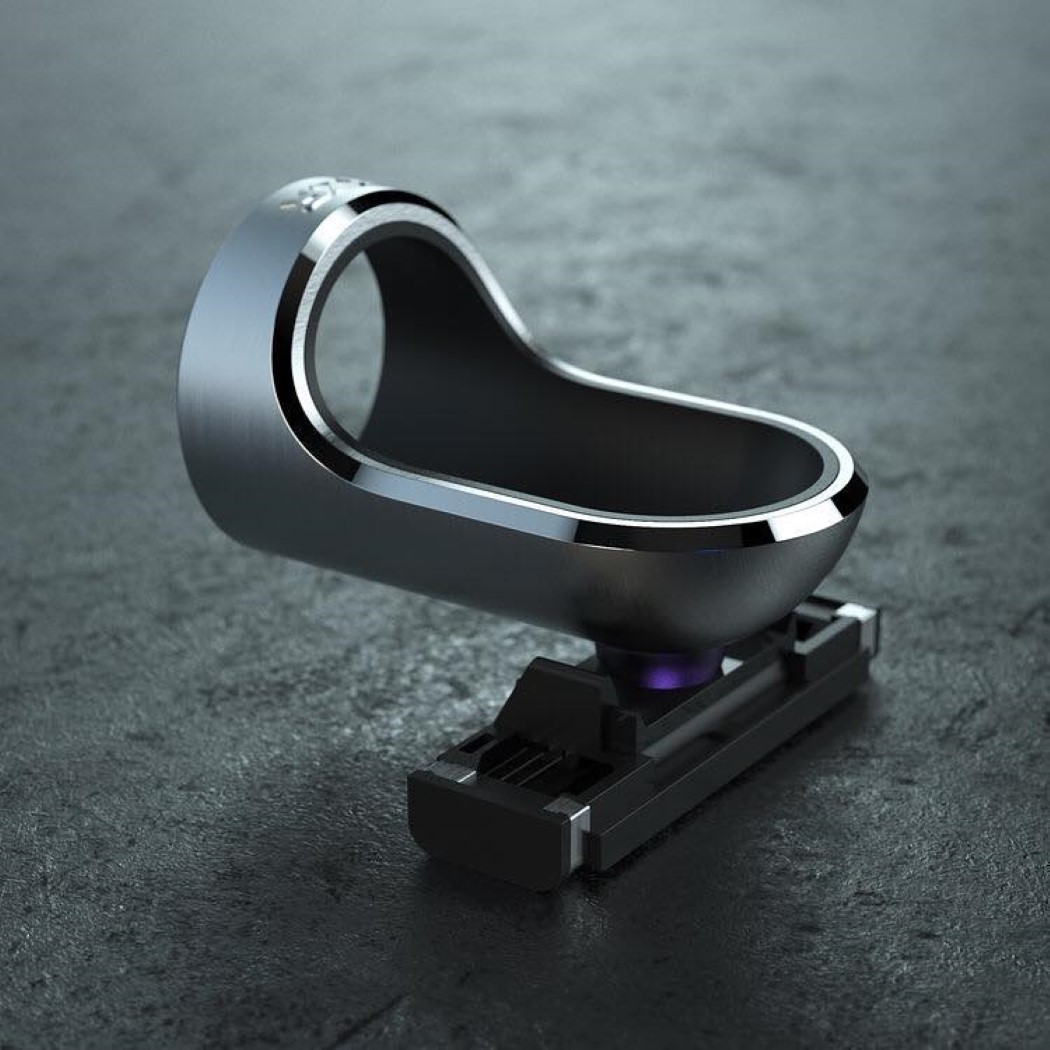 Last, but definitely not the least, Dennis Johann Mueller’s razor concept lets this round-up article end on a complete high. Compact, and definitely a product you’d want to try to use at least once, Mueller’s razor ditches the handle for a thimble. The razor literally mounts on your fingertip, allowing you to shave in a way that feels a little more natural because you’re running your fingertip down your jaw, rather than maneuvering a handle. I imagine this is how the Black Panther shaves too. Mueller calls his concept the RZR, which is such a perfect name because it’s just as compact and compressed as the concept design itself!

The Pure Air That We Can See

The Bluezero is an air purifier that features an interactive interface. It displays the quality of air and the difference in it once you switch…

Just the other day a friend of mine had her accounts hacked and meddled with. She not only lost her bank details and personal details…

Winards Rejoice! We Got Light!

My mind is BLOWN. I’m not a wine drinker but I have lots of friends who swear by it. Let’s call them winards. The Light…

A stark reminder of the Infinite USB Connector, the Tandem USB is different because of two reasons. One, it’s got a form that is more…