Unless you’ve been living under a rock, you’d know that the USB-C standard is one of the biggest and best things to happen to consumer gadgets. The port is universal and is capable of doing quite a lot, including both power and data transfer. USB-C can power anything from a smartphone to a laptop, is capable of much higher data transfer speeds, and probably the most important feature yet… fast charging.

Companies are eager to jump onto the USB-C bandwagon, with big players like Griffin, Belkin, and Anker making announcements at CES of their future plans to release their own cables, but I see no point in waiting for them, because the Cascade USB-C Cable to Lightning Cable is Apple MFI approved, and more significantly, it’s here.

The Cascade Cable is a conveniently long, rugged, woven cable with a Lightning connector at one end and a Type C connector at the other. It may seem like quite a simple cable, but it’s capable of a lot. For starters, unlike the USB cable that comes in the box along with the iPhone, the Cascade Cable lets you connect your phone directly to your MacBook by plugging it into the Type-C port. This allows you to charge your iPhone without having to look for a spare plug point (a legitimately difficult thing in my household), and also lets you perform data transfers between your MacBook and your iPhone. However, if you’re intent on looking for a plug point, and you will want to at some point, the Cascade Cable comes with an optional adapter that lets you conventionally plug the iPhone into a power outlet and harness the cable’s fast-charging property that promises to top off your entire phone in just above an hour. That’s twice as fast as the out-of-the-box charger you get with the iPhone.

The Cascade Cable’s USB-C connector gives it a rather interesting third advantage. You can now plug your iPhone directly into the new iPad Pro. The iPad Pro 2018 boasts of a ‘charge your iPhone’ feature, allowing your phone to draw power from your iPad, so whether you’re at a coffee shop, a bus, or anywhere without a power outlet, your iPad Pro, in its infinite uses and capabilities, also serves as a power bank for your iPhone.

Designed to serve its purpose to the best of its ability, the Cascade Cable is a whopping 6 feet in length and has a rugged woven exterior that promises to last MUCH longer than most Apple cables. The woven design also prevents the Cascade Cable from getting tangled up, a problem smartphone users are all too familiar with. To ensure they’re the kind of cables that aren’t just about function, the Cascade Cable come in a variety of eye-catching colors, making them vibrant, great to look at, and incredibly easy to spot in a crowded backpack. And with that, I rest my case. 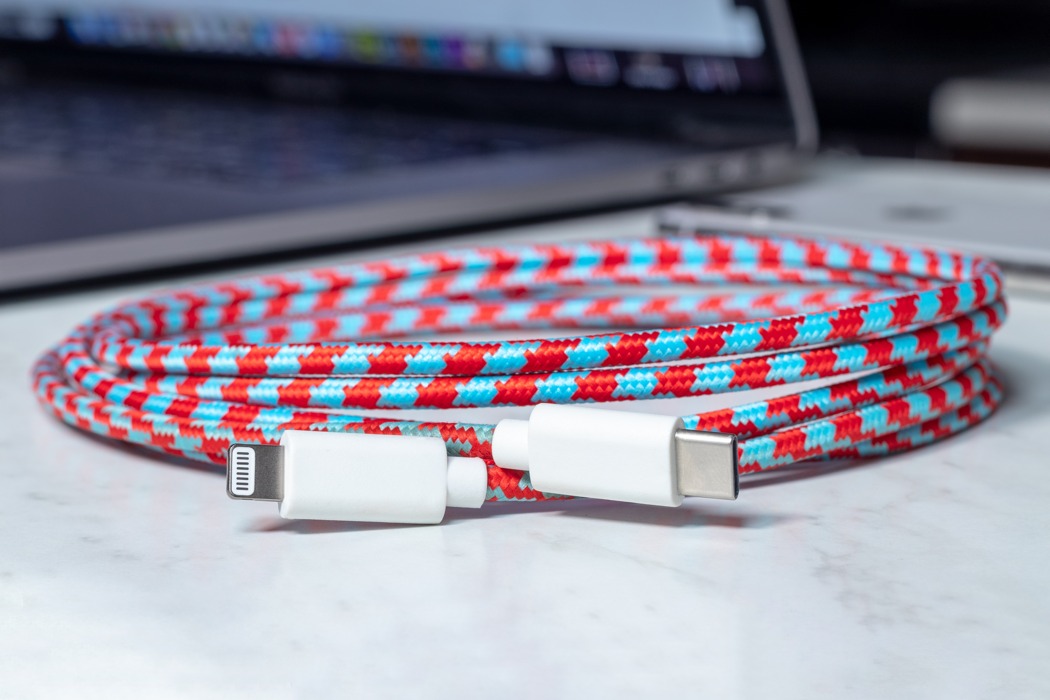 The Cascade Cable features Apple’s brand new c94 Chip, which allows third party manufacturers to now produce Lightning to USB C cables. The new chip c94 also now enables Fast Charging through USB C for select iPhones and iPads. This means you will be able to charge your device up to twice as fast when using a Cascade Cable and 18w charger compared to the cable and charger that comes with your iPhone. 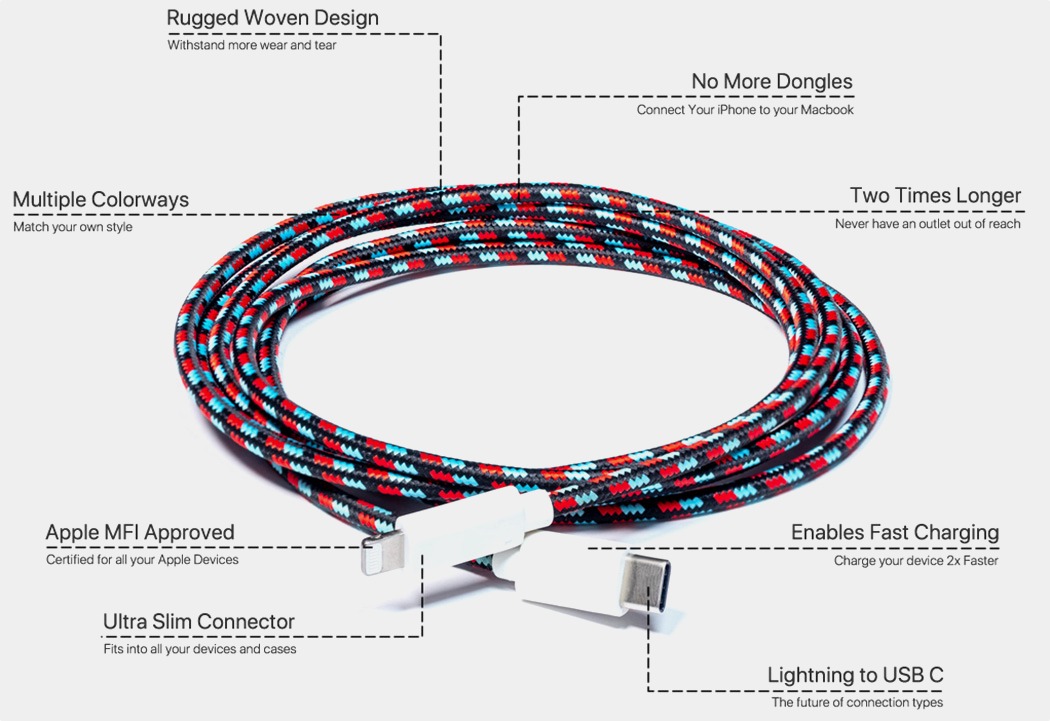 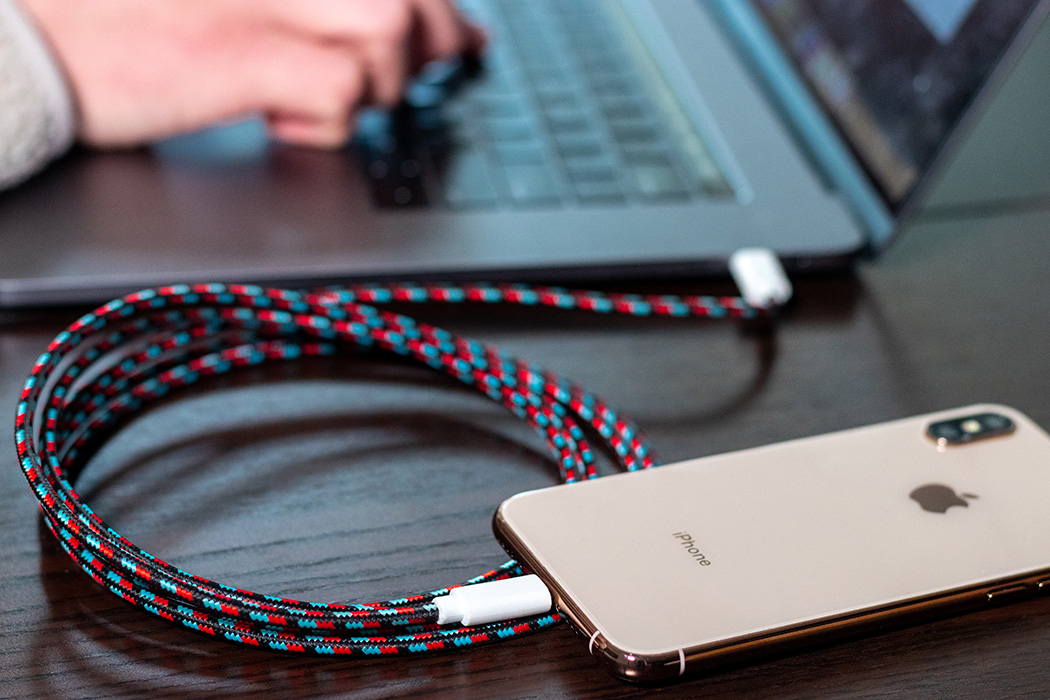 Whether you are heading out the door in 15 minutes or you have an hour to grab a charge, get more out of your battery with the Cascade Cable.

Since Apple switched their Macbook line to strictly USB C ports, thousands of Apple users were forced to use dongles to connect their iPhone when using the cable that came in the box. It’s time to ditch the dongles! 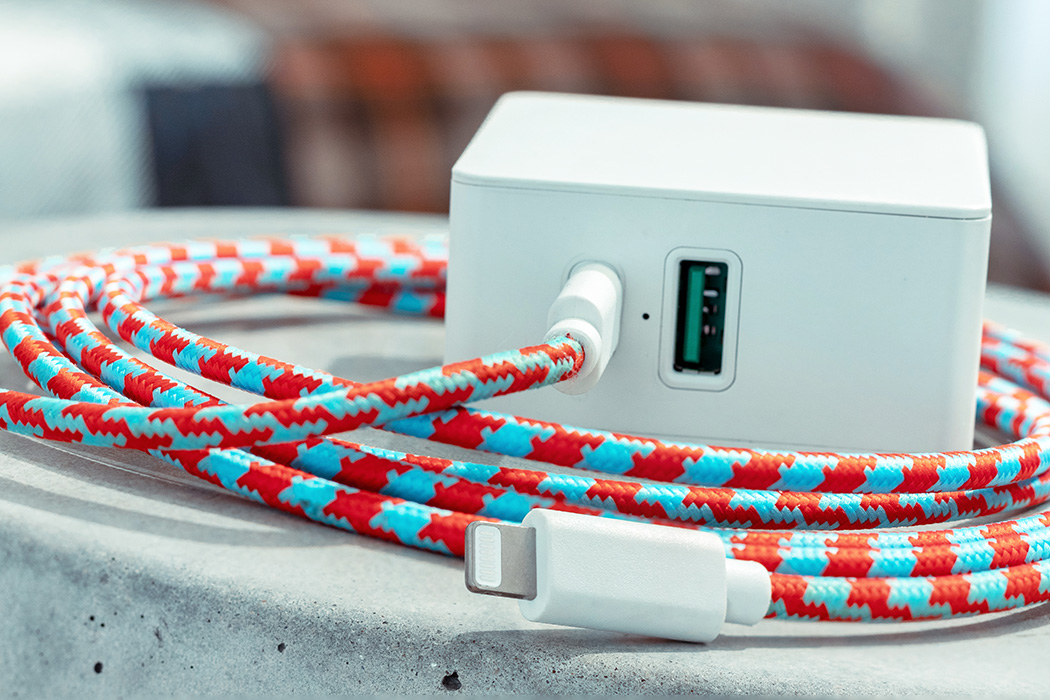 The Cascade Cable withstands more bending as you use it with your devices. The wear and tear during your daily routine is minimal and they remain tangle free unlike the white plastic chargers! 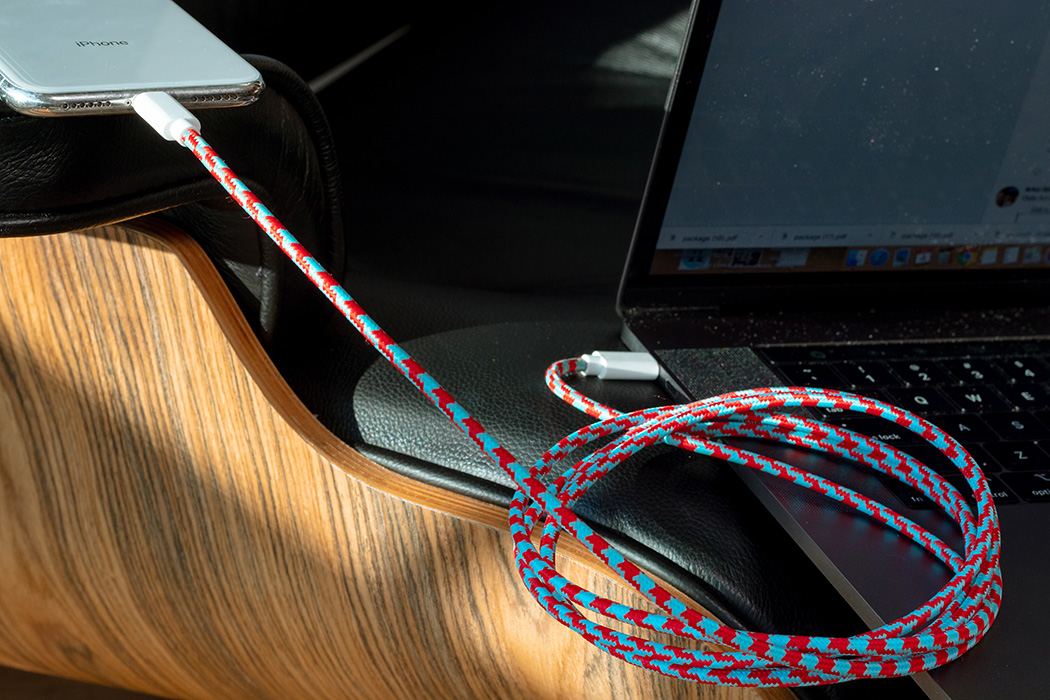 The Cascade Cable features the signature rugged woven design. Each cable is wrapped in a tough nylon fabric material to add additional durability. 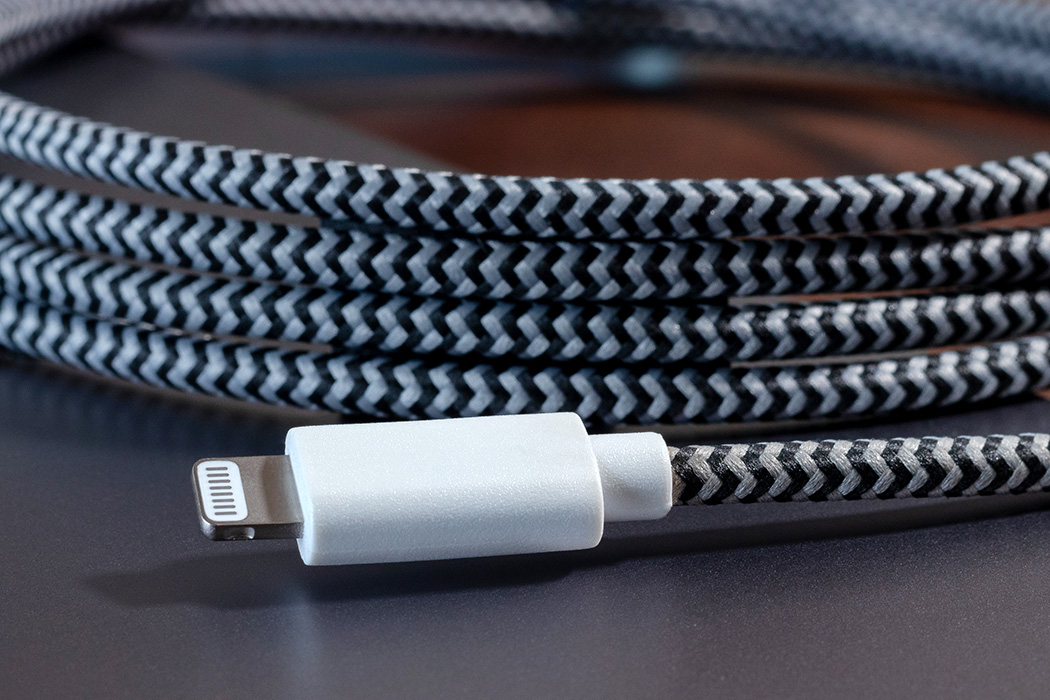 The Cascade Cable is 6-feet long, which is two times longer than the Lightning Cable that comes with your iPhone. 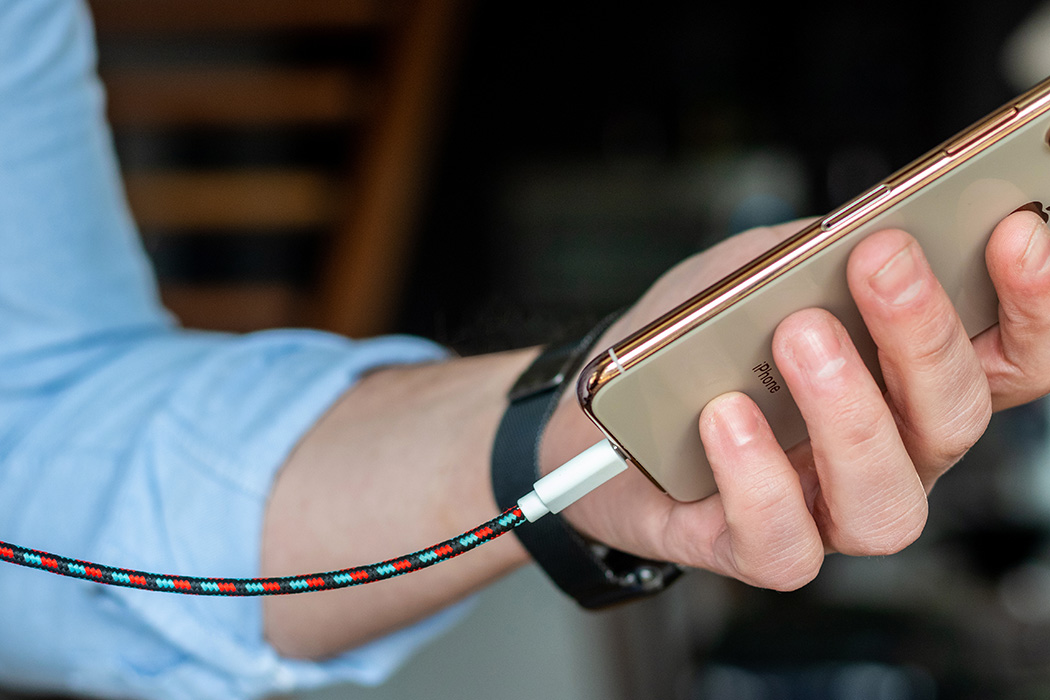 Whether you are on the go, charging at home, or powering up at the office – always have the perfect size cable for any situation! 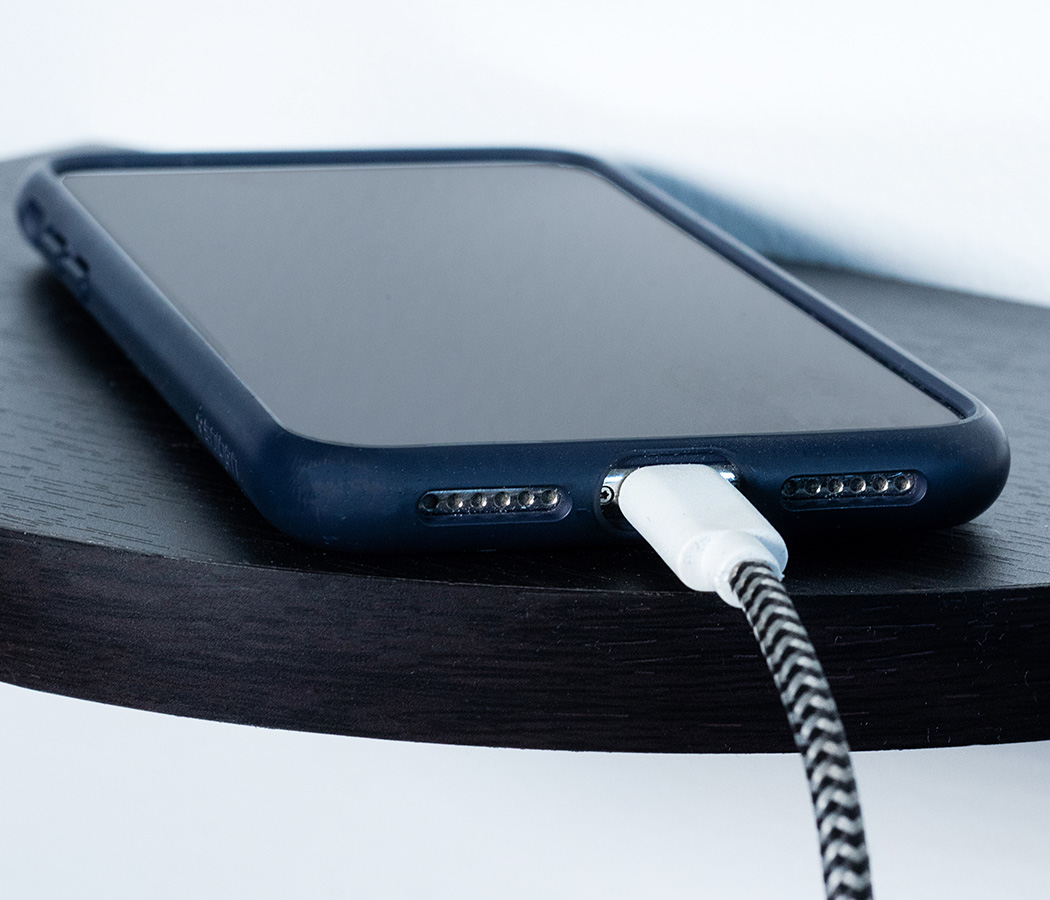 Protect your iPhone with your favorite case and still fit your Cascade Cable without having to remove it to keep charging! 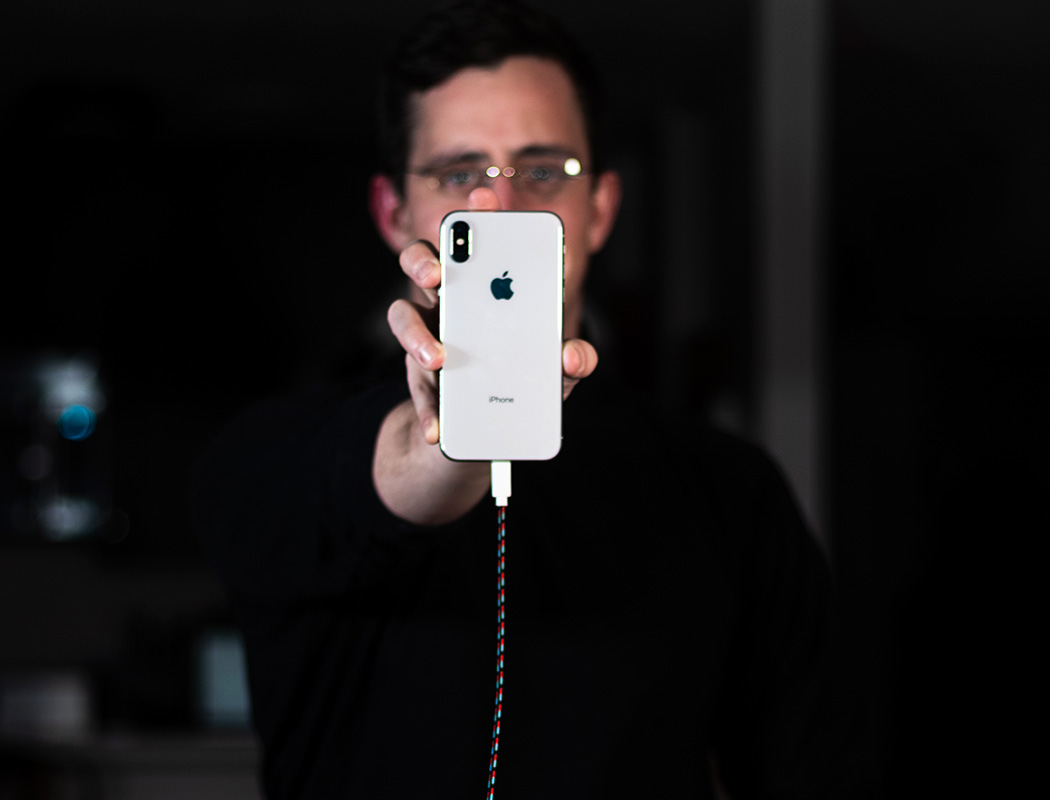 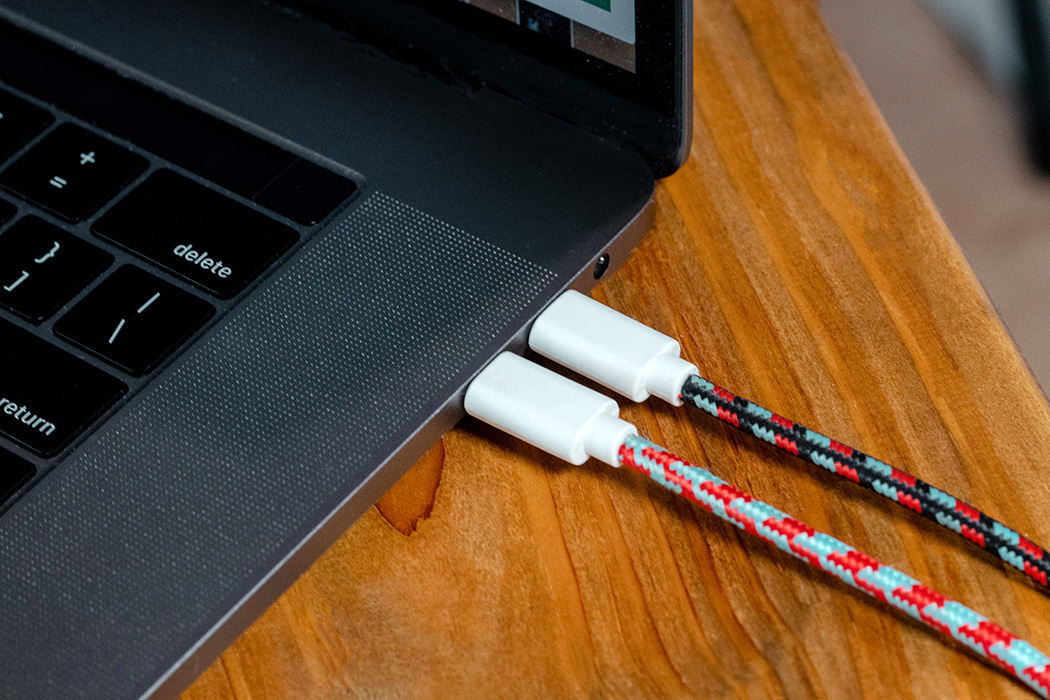 The Cascade Cable features four vibrant colorways with unique patterns. Pick the colorway (Admiral, Galaxy, Anchor and Black Magic) that best fits your style or simply get one of each.

With the mild success of the 2020 Pixel Buds and the Pixel Buds A-Series on its back, Google is now looking to turn the tables…

Have you ever arrived somewhere with a friend but there’s only one chair? What about a waiting room with more strangers than seating? Instead of…