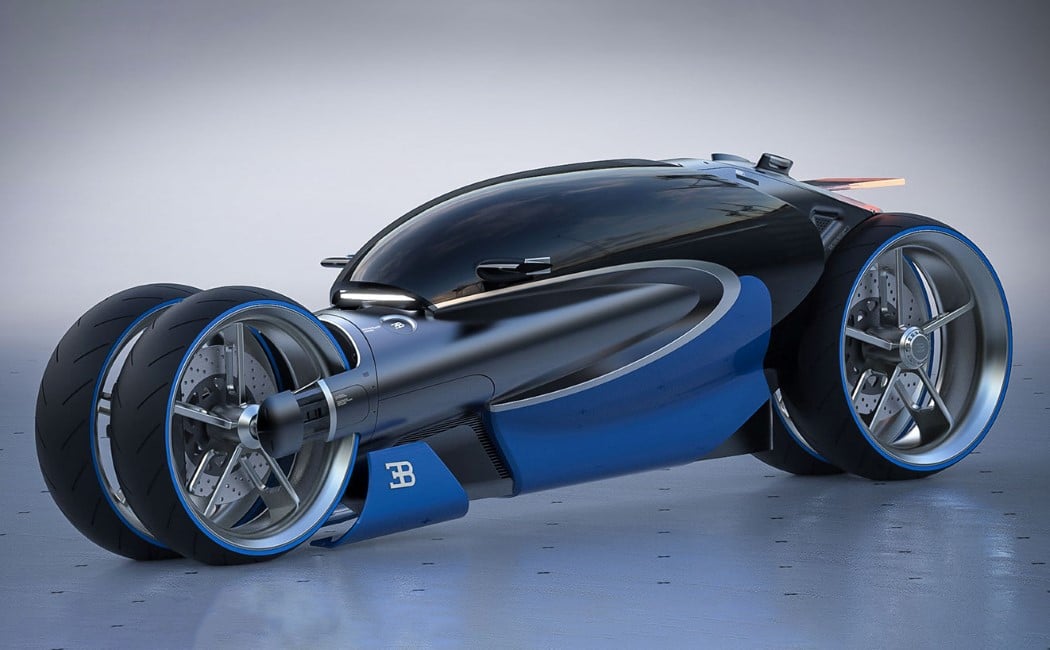 One doesn’t need to look for a logo to know the make of this motorbike. Its design is so familiar, it needs no branding, but has one anyway, right near the front wheel.

The Bugatti Type 100M Concept motorbike is so innately Bugatti, it’s beautiful. It comes with four wheels, the dual-color combination that we know and love, and even the C-shaped line on its side which is literally a signature Bugatti detail.

Its lack of detailing leaves quite a bit to the imagination though. The bike, from the renders, looks to be enclosed, allowing a rider to sit inside its closed cockpit. On the front sits a dashboard that allows you to look behind you, replacing the need for rear-view mirrors… and while none of Bugatti’s vehicles are electric, the Type 100M concept comes with an electric drive and a rather massive battery right underneath the rider, occupying what I would say is a little too much space for comfort. Impracticality aside, the bike does look, like all of Bugatti’s cars, worth a million bucks! I’d probably make the cockpit a lot bigger though. 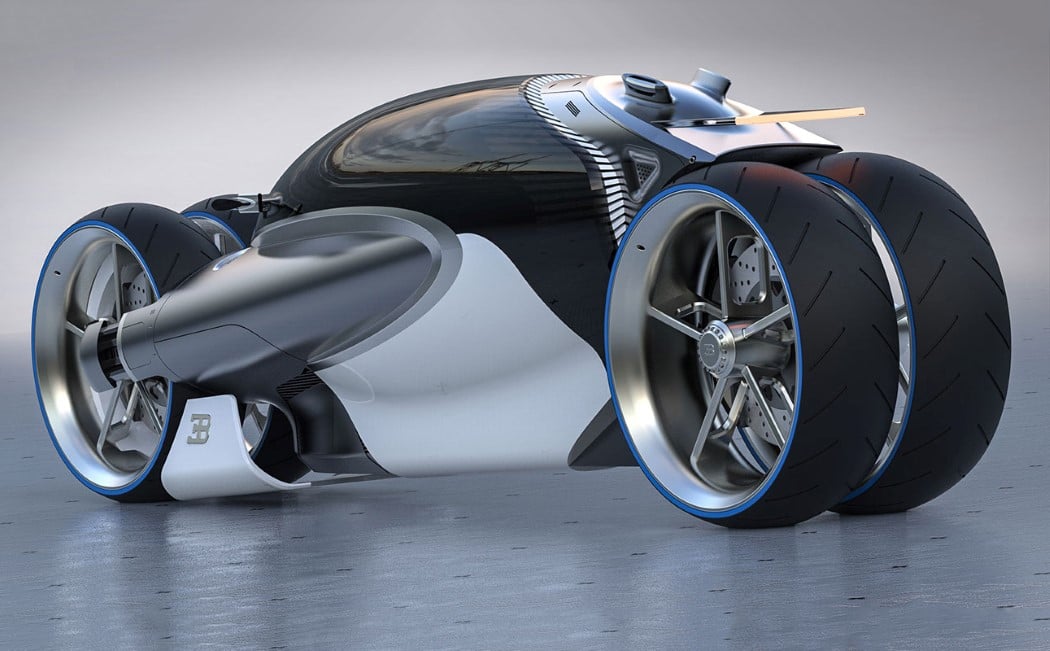 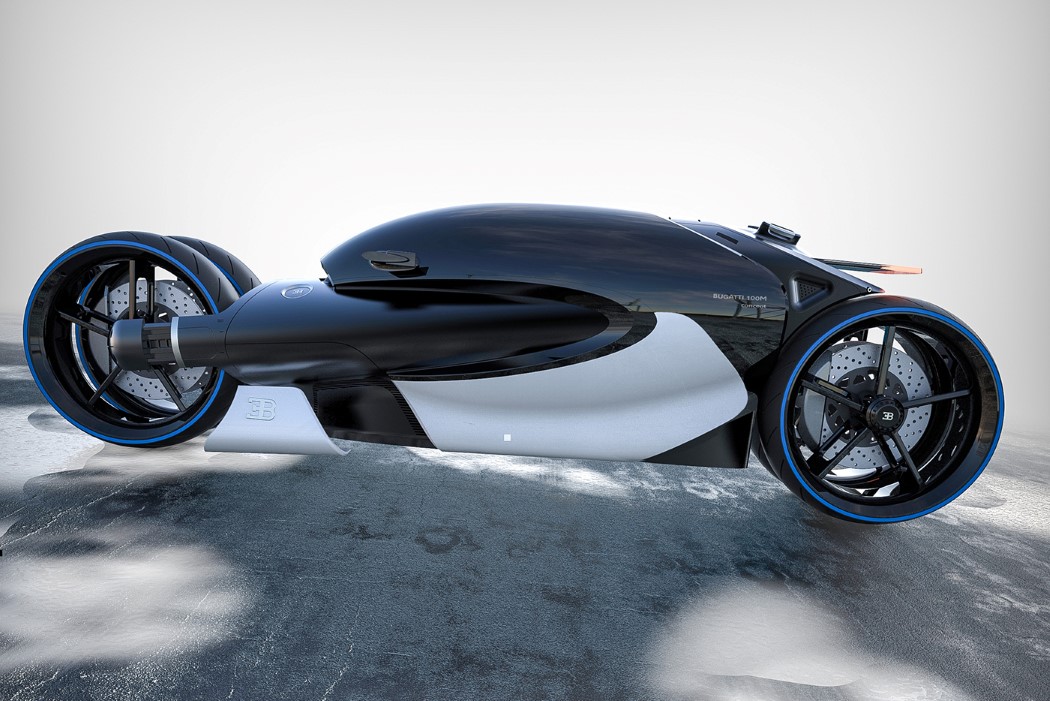 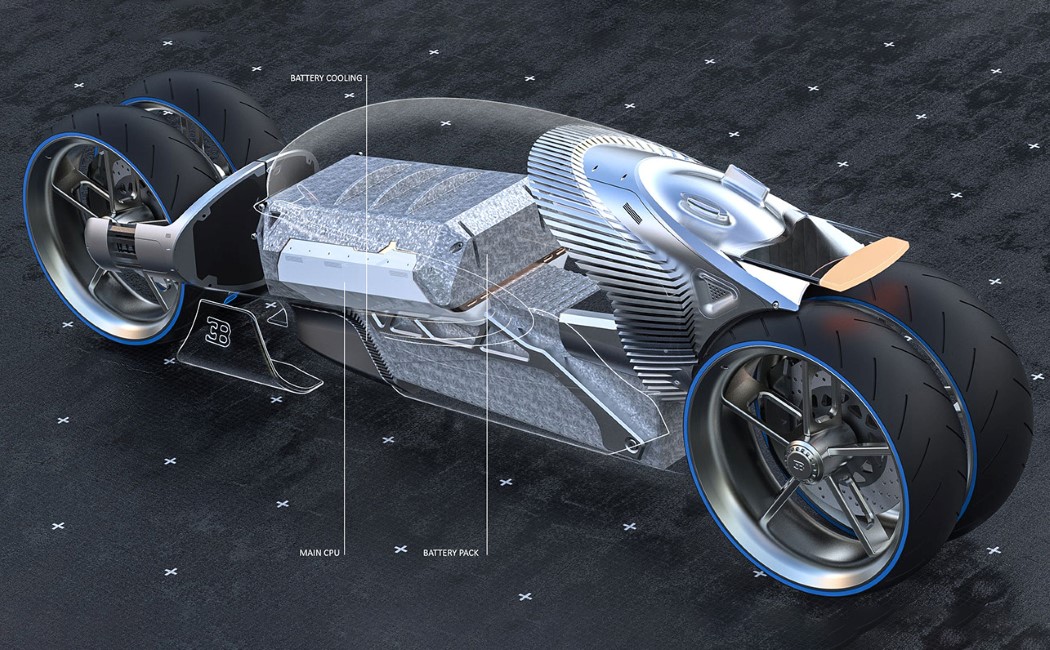 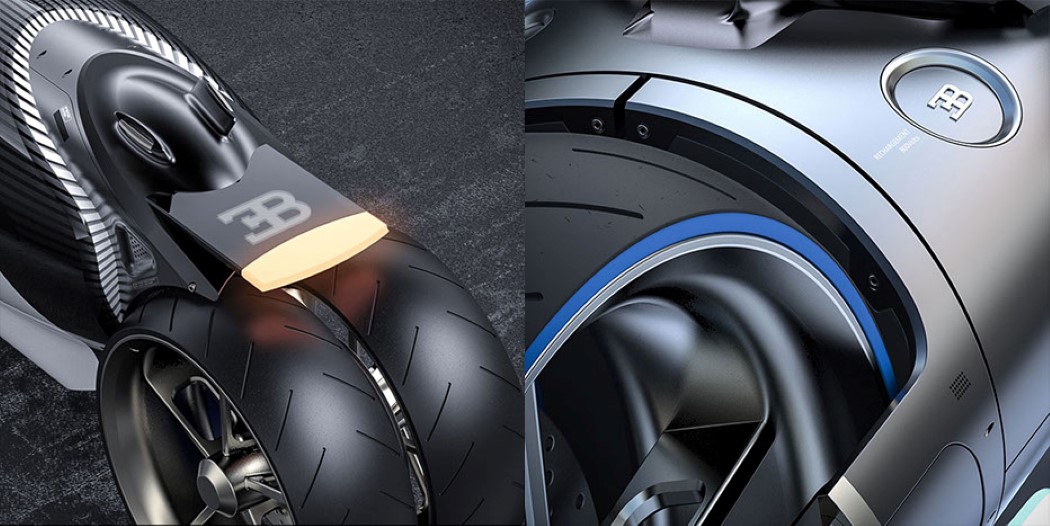 Retractable hardtops have successfully equipped the automotive industry for decades… so why not the boating industry? Reversys Boat was designed from the inside out, using…

Much like how a QueueMaster makes it really easy to organize crowds and manage queues at airports, movie halls, concerts, and museums, the Easy-Pull Barrier…

This Mercedes Vito turned camper keeps you outdoor ready with everything from an outdoor shower to a rear kitchen!

French atelier Serge Propose transformed a Mercedes Vito L2H1 van into a minimalist camper van ideal for the nomadic lifestyle, equipped with everything from an…