Coffee roasting has a pretty interesting history. There was a time when the Arabs had control over pretty much all the coffee cultivation in the world (Arabica beans come from Ethiopia, where they were originally cultivated) and in order to maintain their monopoly, the Arabs would export coffee beans worldwide but would roast them beforehand. These roasted beans would be packed with flavor, and would create the coffee craze we’re familiar with around the world, but it would also mean heavy dependence on Arabia because you couldn’t grow the roasted beans. This was until a few lucky people managed to smuggle raw beans out of Arabia and to places around the world (like Baba Budan who would carry beans to India in the 14th century where he would set up a massive plantation in and around the Malabar region). The practice, however, of roasting beans before shipping them stuck around (in order to preserve them better and increase their shelf life), creating a sort of brand dependency in the modern world.

Coffee connoisseurs believe that the beans are best consumed immediately after they’re roasted, and while they do last longer after roasting (resulting in a higher shelf life), their flavor gradually deteriorates. Kelvin hopes to change the status quo, by letting you roast your beans just minutes before you consume them… giving you not just the freshness you deserve, but also the freedom to choose how strong you want your roast to be. Roasting your own coffee also helps you directly support the coffee-growers by buying the raw beans from them, and giving them their share of the profit.

The tabletop roaster uses air to evenly cook your raw coffee beans to a beautiful toasty brown consistency. Occupying a palm’s width of space, the Kelvin (named rather appropriately after the unit of temperature) allows you to be in control of your roast, choosing your roast time. A simple knob is the only UI on the device. Twist it to set the roast time and the Kelvin takes care of everything else. It heats the beans right up to the correct temperature, giving you a well-balanced roast, filters out any of the chaff/husk that comes off during the roasting process, and even cools the beans down post-roasting, making them ready for the grinder.

Partnering with various farmers, Kelvin also delivers the green beans straight to your doorstep. Designed to be an ecosystem rather than a simple product, Kelvin gives you the freedom of choice, letting you choose beans from different regions and having them delivered to your home. The freedom to roast the beans to a desired level is the second step in enforcing customer choice, so you don’t need to rely on store-bought beans anymore. In doing so, Kelvin claims that you won’t just have better tasting coffee at your fingertips, you’ll end up saving money too, by not pandering to big-brand-markups and their packaging/logistical charges, while contributing directly to the livelihood of the coffee growers, who often live at the mercy of these big brands.

The Kelvin Coffee Roaster is a winner of the iF Design Award, the IDEA (International Design Excellence Award), and the American Good Design Award, for its innovative and compact roasting process, clean design and interface, as well as its holistic system design.

Kelvin lets you custom roast fresh beans, explore new flavors, save money, and reduce waste. Kelvin helps to unlock the advantages of home coffee roasting for even the most novice coffee drinker.

Try new types of beans, styles, and intensities of roasts. And blend them.

Kelvin is the first home coffee roasting system that also provides a curated selection of green coffee beans delivered straight to you. By putting the entire process into your hands, you have the control and range to experiment with multiple bean origins, roasting times, blends, and flavors to experience a new side of coffee from first crack to French roast. 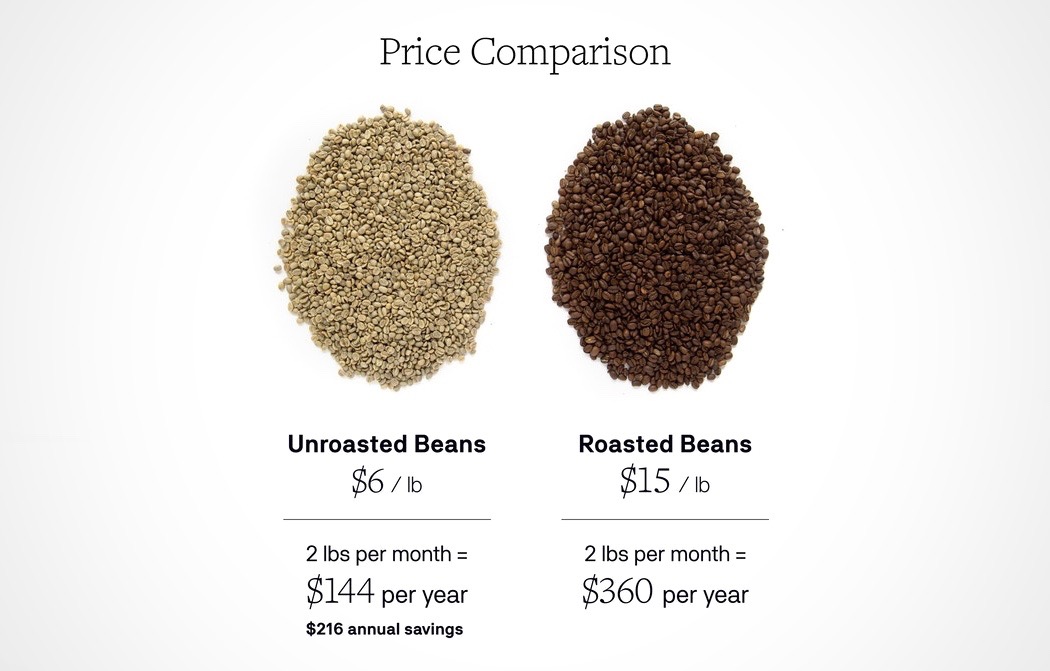 With Kelvin, fresh green beans are brought directly to you, without the costs of professional roasting and handling. This leads to significant savings that helps Kelvin pay for itself in less than a year. 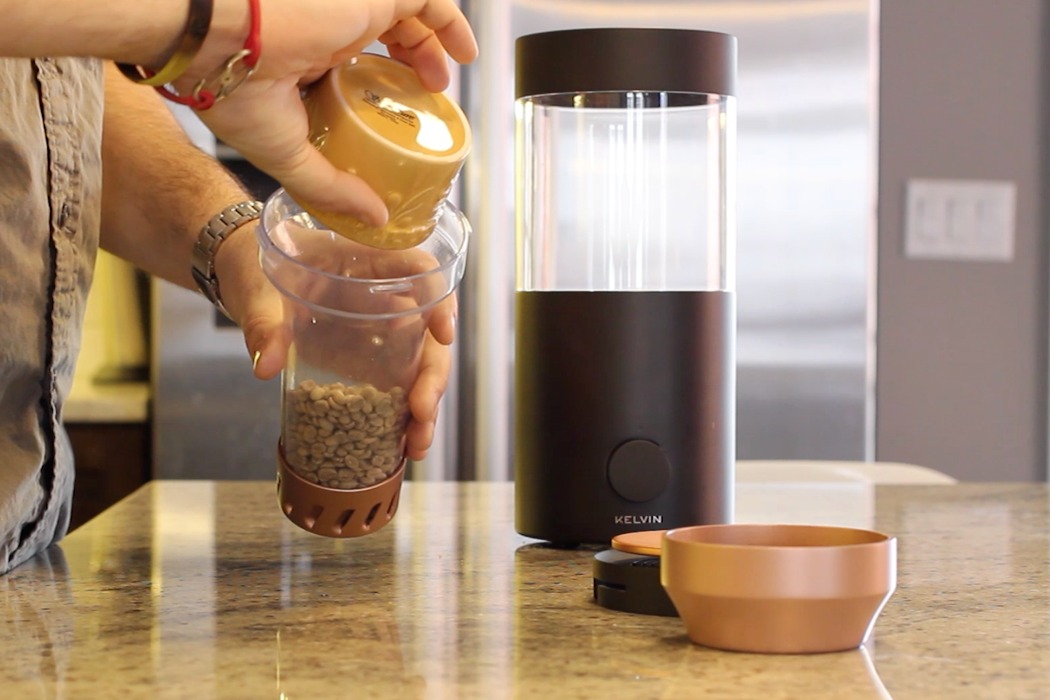 Kelvin is for everybody; designed for the first-time explorer to the seasoned do-it-yourself coffee aficionado. It’s now easy for everyone to experiment and discover the amazing complexity of craft coffee with set-and-go, perfectly roasted beans at any time of the day. 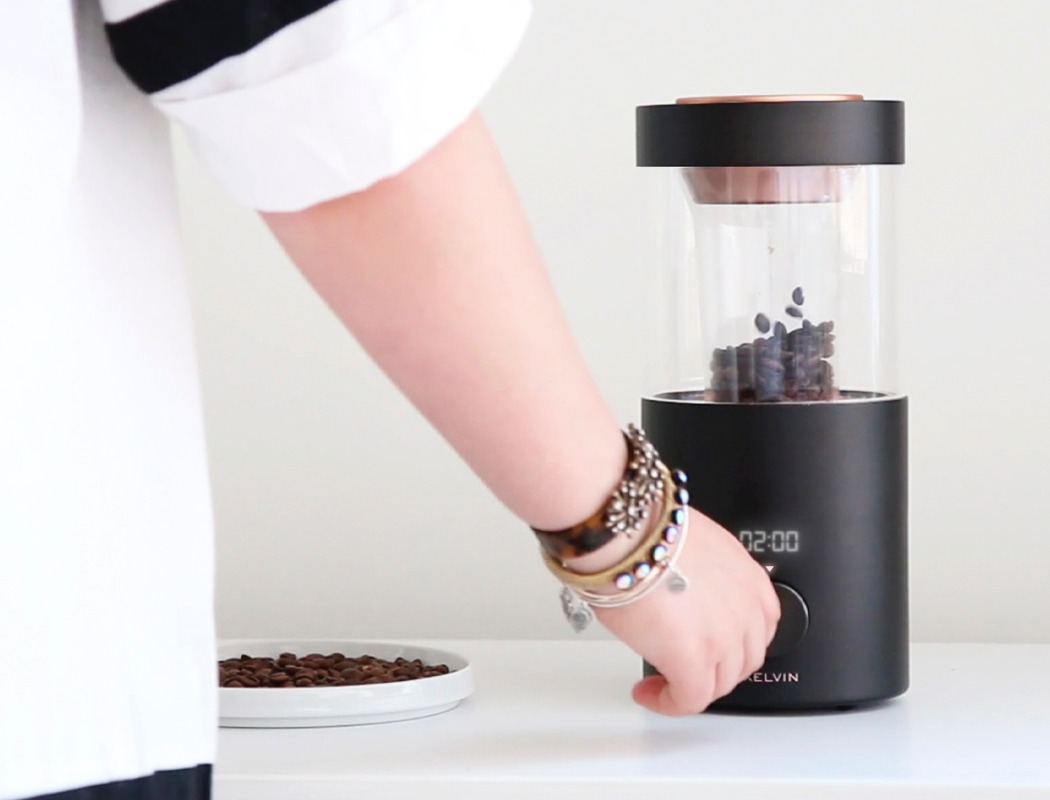 Roast with confidence —We’ve engineered Kelvin to roast and bring out the best quality from any raw coffee beans, using a vortex-drive bottom-up air roasting technique that will lead to a more even roast — so your cup is delicious no matter how you brew.

Roast for a pot, or just a cup —The ideal batch size for Kelvin is 100-120g of green coffee beans— enough to brew about 4-6 cups of coffee— so you can roast just enough for your morning pour over or for a whole pot. This flexibility enables you to make fresh coffee for any occasion, and all in under 10 minutes. 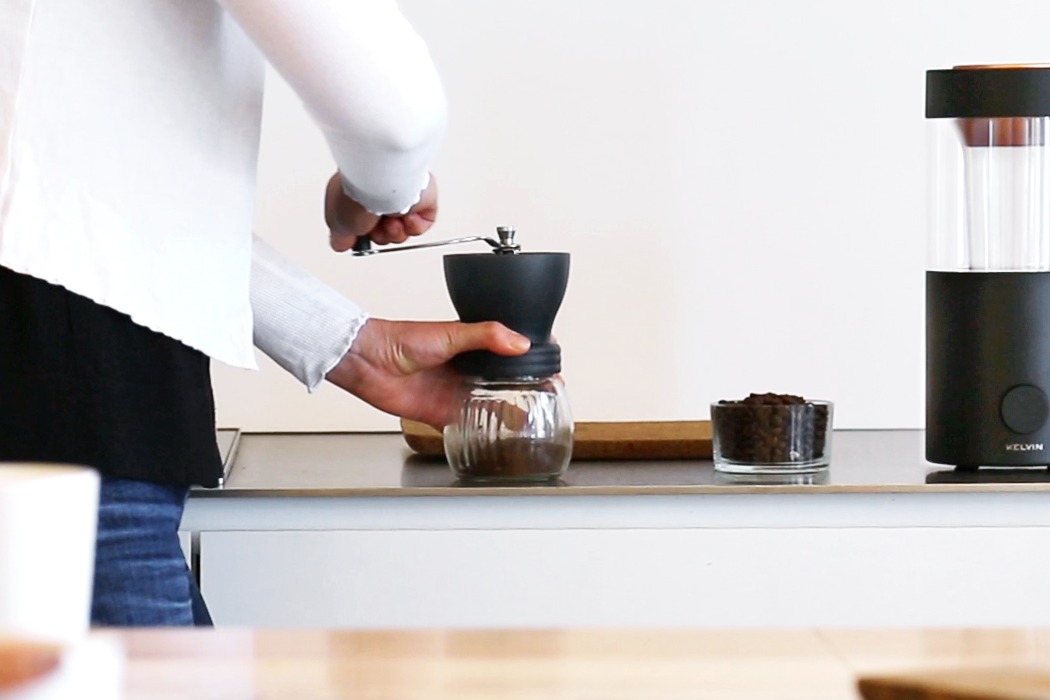 Unlimited outcomes — Set the roasting time by simply turning the control knob, push to start, and Kelvin does the rest. You can also add or remove time mid-roast, to make it easier to personalize your flavor. Combine different beans from around the world with varying roasting times, and the flavor possibilities are endless.

Roasting to different levels allows for coffee beans to express different qualities, based on how lightly or darkly they’re roasted. It’s easy to uncover each variety’s range of flavors by experimenting with small batches.

Simple cleanup —Collecting chaff is no hassle with Kelvin’s built in filter. It easily slips into the roasting chamber, capturing chaff efficiently and in one place. Bonus—you can even compost chaff for an eco-friendly cleanup. 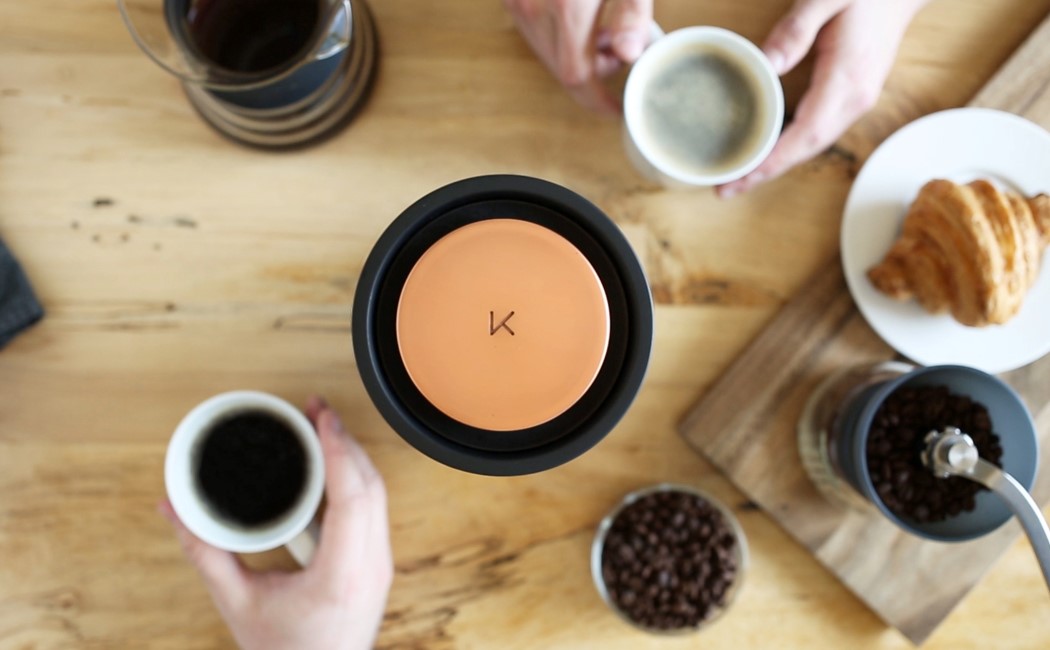 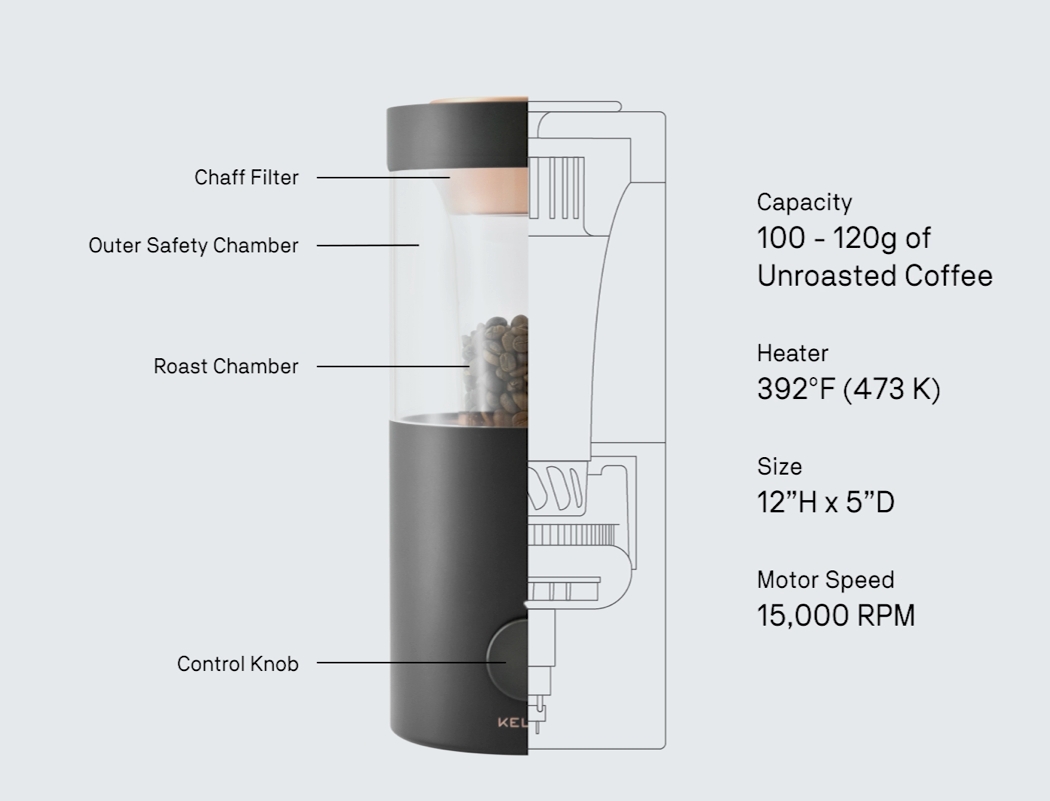 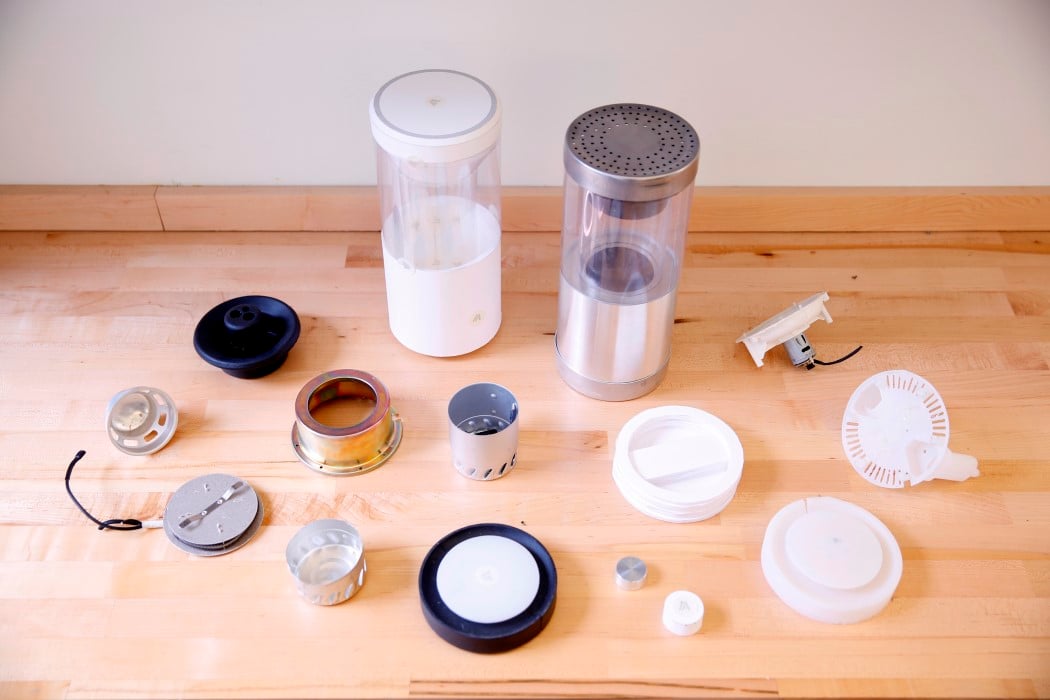 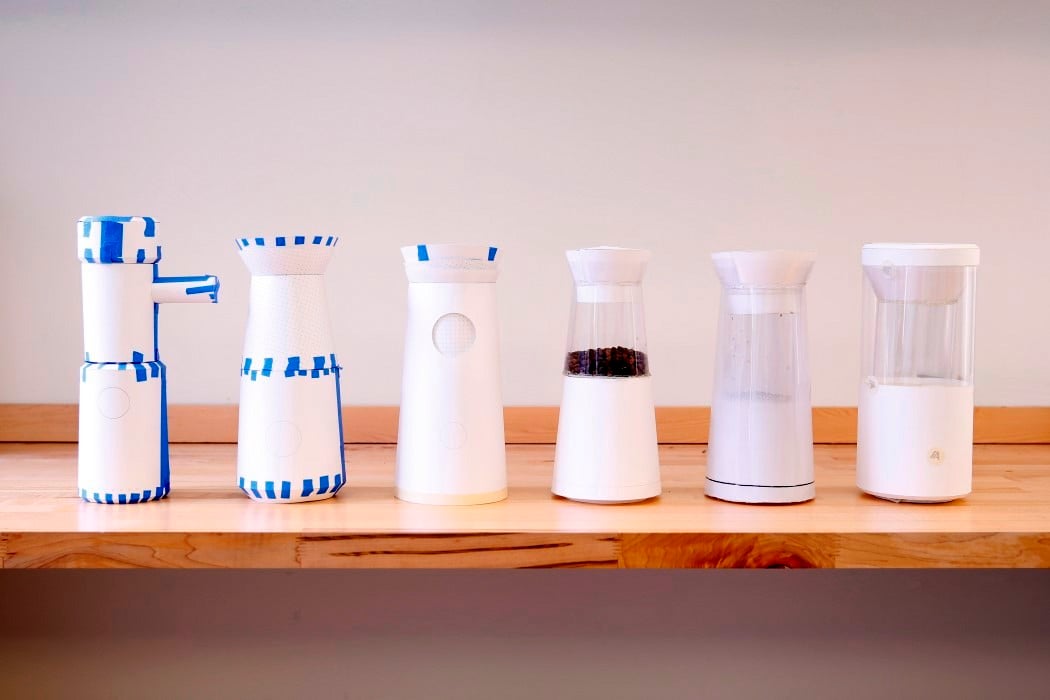 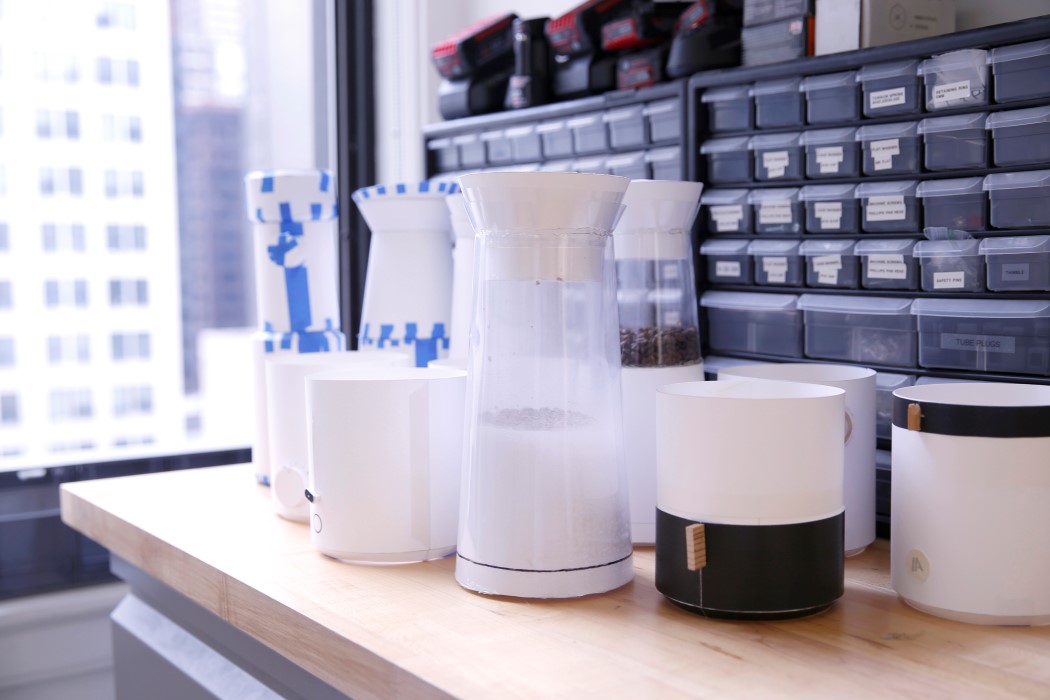 They say that being underwater is the most meditative experience in the world. Shutting out all the external sound while suspended in water can be therapeutic,…

The Clap Series of smartphone cases goes beyond just protecting your precious device. The 4-part collection — which consists of the Clap ’n’ Shield, Clap ’n’…

When you put the words kids, bath, and entertainment together, the image of a rubber ducky might come up. That’s the inspiration behind the Vak-Vak. With…

Simply called the “Fold Bike,” this origami-inspired folding cycle provides ultra-portability in the urban environment without sacrificing style. The dapper design’s paramount feature, however, is a…