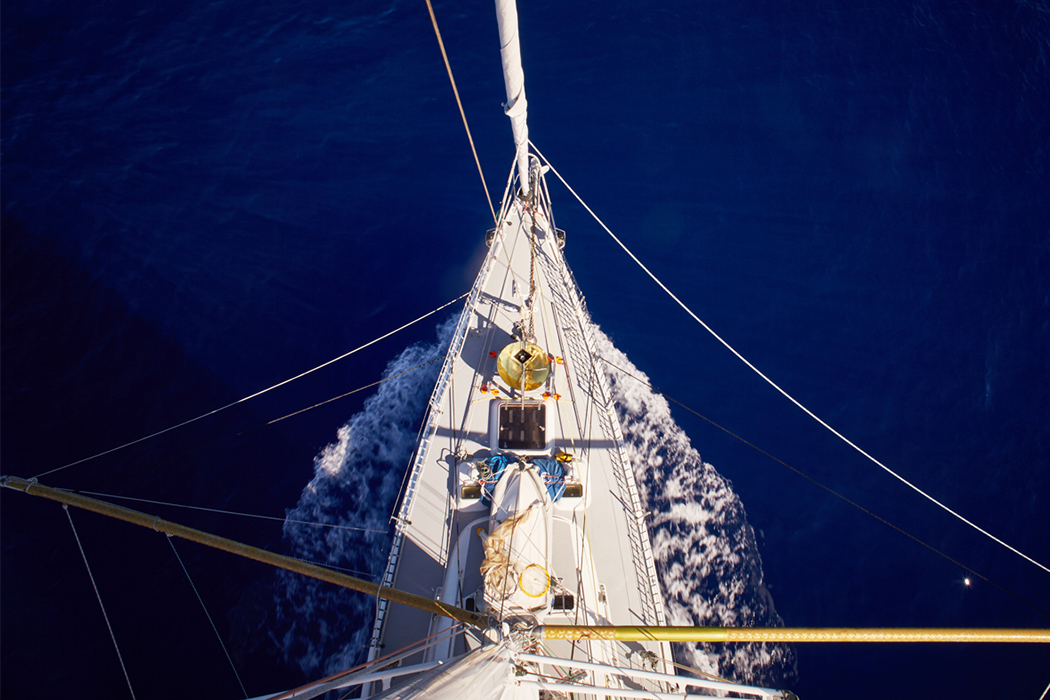 To raise awareness and combat the issue of of micro-plastics in the ocean, the Gyrecraft project explores turning trash into treasure directly onboard the vessel. Journeying into the North Atlantic Gyre, where plastics collect in immense quantities among the swirling ocean currents, the team traveled 1000 nautical miles collecting plastic on the way from the Azores to the Canaries. Using this sea plastic, they’ve created a range of design objects on the boat using the Solar Extruder which melts and processes sea plastic into items on board the boat. Check out the vid to see the incredible eco-friendly creations!

Gyrecraft from Studio Swine on Vimeo.

A short film about crafting objects at sea, in the past with whale’s teeth and the future with caught plastic melted with a machine harnessing the sun.

Gyrecraft is an exploration into maritime crafts which exists in every coastal or island culture around the world each with its own unique identity, utilising what the sea provides. Many of these crafts took place onboard boats during long voyages as a way of making vital repairs or passing the time at sea.

Studio Swine went on a journey of 1000 nautical miles collecting plastic on the way from Azores to the Canaries through the North Atlantic Gyre with the Solar Extruder; a machine they designed and built which melts and extrudes sea plastic using the Sun. A special thank you to Pangea Exploration for their kind support: http://panexplore.com/

Industries across the globe are steadily moving toward a smart future. A handful of public schools in Hungary went so far as to host a competition called…

So you need a glass of water to drink. Yes? Would you like to know how much H2O you’re WASTING when you take that cold…

Wooden Architectural Designs functioning as sustainable + warm homes that will never go out of trend!

There’s something about wooden architecture that is simply so humble and endearing. Wood has been a material of choice for construction for ages galore. Wood…

So, cycling is a greener alternative to driving an automobile. There’s however a way to outdo yourself even as an eco-friendly cyclist. The Bike Planters…