One way of looking at the Internet is that it is the largest library ever constructed. Having a library, or a way to store human creativity, is important because any future advancement requires a foundation of accumulated knowledge. Of all the ways humans have come up with for passing on information (oral traditions to the printed), the Internet is the best we’ve created thus far. Yet, only ⅓ of humanity has access to the Internet. Bridging this gap is the Lantern, a portable data receiving device; here’s why you need to get your hands on one. 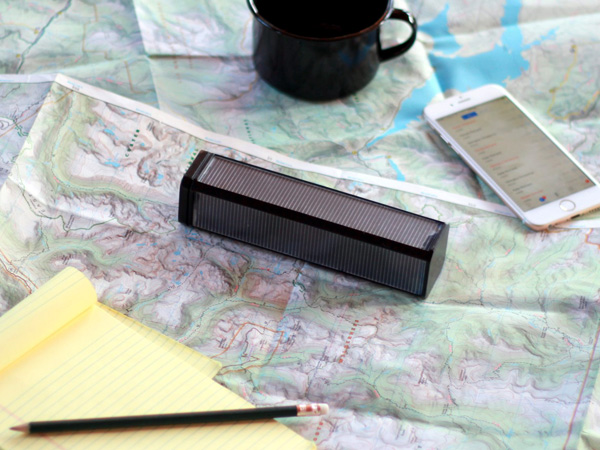 Despite this enormous information disparity, here you are reading this article on the Internet. You may be wondering why the Lantern makes sense for you. If you’re the type of person who values emergency preparedness and has a disaster kit, then Lantern is a “must have.” You have radio for audio, public television broadcasts for visual and newspapers for written, but all of those can be (and often are) compromised during a disaster. Lantern’s signal comes from space. It is a piece of tech gear that you can depend on when phone lines are down and you want to know what’s going on. Buy a Lantern and be prepared!

An FM Radio For Data 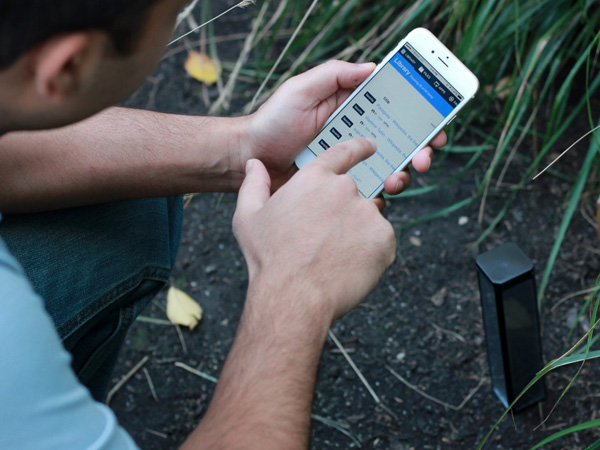 Founder Syed Karim explains that Outernet, the company that makes Lantern, is focused on delivering critical information to as many people as possible and does so in a way that works kind of like an FM radio. Instead of a radio tower, Outernet uses satellites. Instead of creating music for your ear, Lantern emits a Wi-Fi signal for your Wi-Fi-enabled device. Instead of songs, Lantern receives and stores files. In this regard, it is actually better than a radio; imagine if a radio could save every song that you liked and that’s how Lantern handles your files. 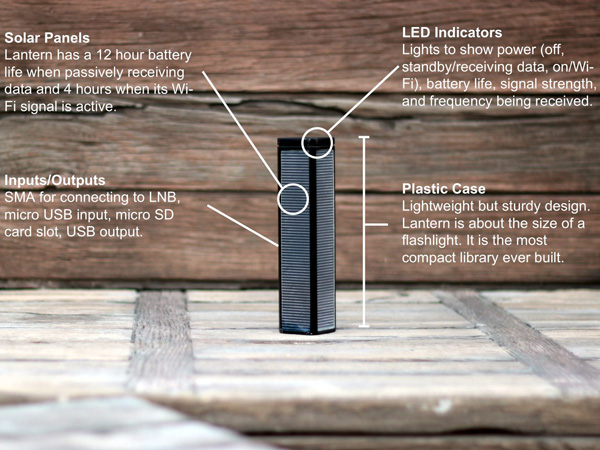 The company provides time-sensitive content like news bulletins and disaster alerts, which will be updated several times an hour. They will also give access to content from websites like Wikipedia, Khan Academy and Project Gutenberg, a collection of copyright-free e-books. Thus their tagline of “Humanity’s Public Library.”

Connectivity On the Go 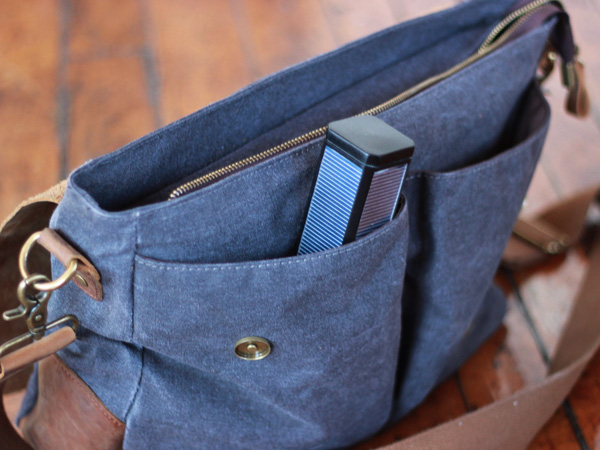 If you are a traveler like me, then you visit countries that like to hold a noose on certain websites and water down the news. In these countries, getting clean access to, say, the real BBC or CNN news and not the censored sources is a big plus. Moreover, many remote locations and exotic destinations do not have the infrastructure for Internet. Giving global access to Outernet via Lantern is an easy and affordable solution.

Whether its for the sake of putting a “library in your pocket” or staying connected to the world, for the special IndieGoGo price of $99, there really is no reason to not get a Lantern. 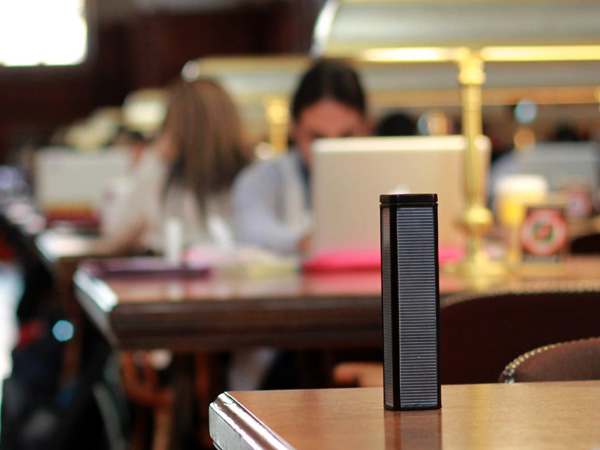 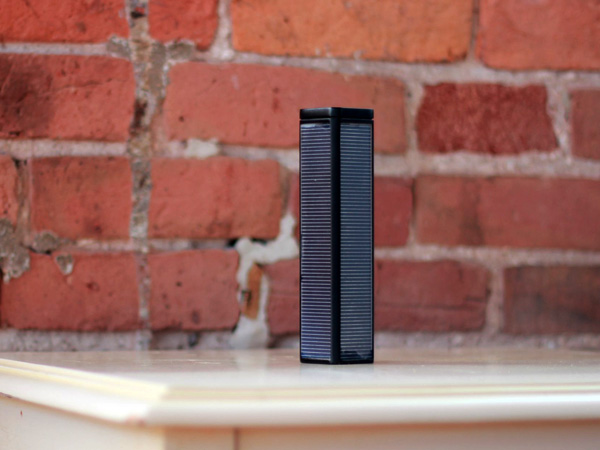 The Design for Poverty contest was a big success thanks to all the entrants. To do our part for Blog Action Day 2008, we wanted designers…

UPDATE: Congrats Solomon! It’s only one of the sexiest wireless routers ever made and from a company known for quality and performance. Guess what? Thanks to…

ABSOLUT is not limited to just being an amazing vodka brand, it also has artistic inclinations. Their latest collab is the ABSOLUT BLANK where the iconic…

Those who stay in apartments crave for spacious bungalows and those who live in landscaped acres dread the maintenance! So what really is the ideal size…