One of the most abundant and yet easily forgotten objects, the shipping pallet can be found in all corners of the world… many of which are neglected, or disposed of after use. The Re-Stacked Lounger breathes new life into old pallets, repurposing them into a lightweight mobileseating structure. Though unrecognizable from its original form, each lounge maintains the character and patina of the material for a naturally aged aesthetic!

Multiple angles in the Re-Stacked Lounger that act to visually lighten the piece. These angled edges create a lounger that is more comfortable, with easy transition between standing and seating. The back two edges have been left square and unchanged to show the stacking structure clearly.

Rough parts are finished smooth where users sit. This contrasts with the interior of the piece, which is still in its rough and original state and highly visible due to the stacking of the pallets, which are inherently porous.

To ensure that the lounger is inviting and looks comfortable, a soft surface has been developed and created in conjunction with the seat itself. Woollen fleece cuts along with the process of dry needle felting create a knitted blanket as a form of cushioning. The colors of the knit were created through the process of natural dye, sourcing colours from local waste streams, such as left over onion skins from local restaurants and rusty nails kept from the palettes. This woollen covering is completely detachable so that it can be easily washed and taken off if necessary, and is held in place though old bike inner tubes which have been tightened and fixed to the pallet. 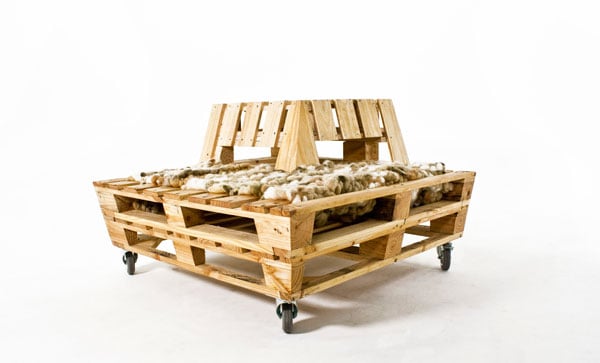 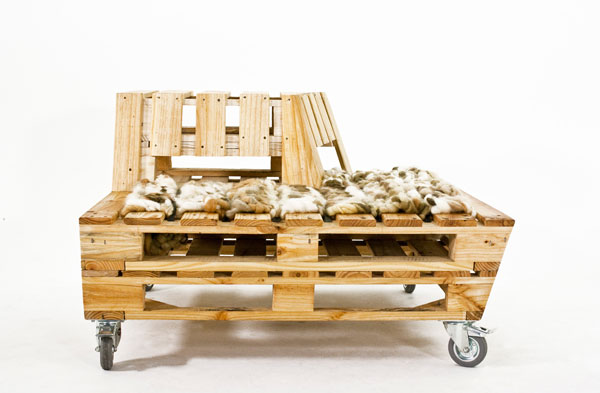 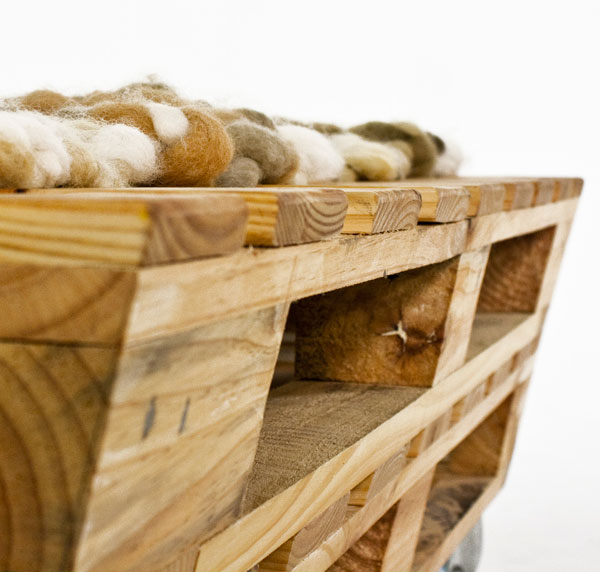 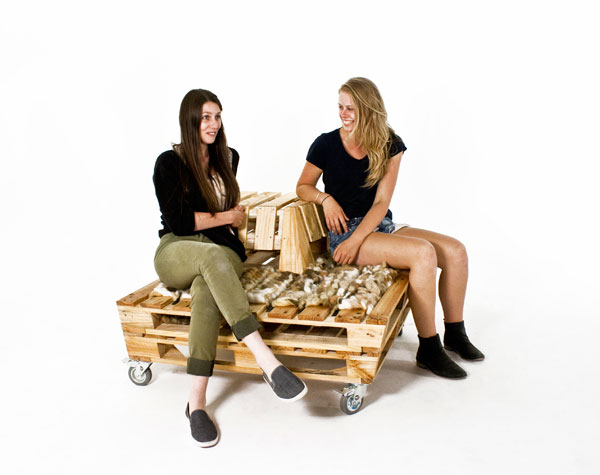 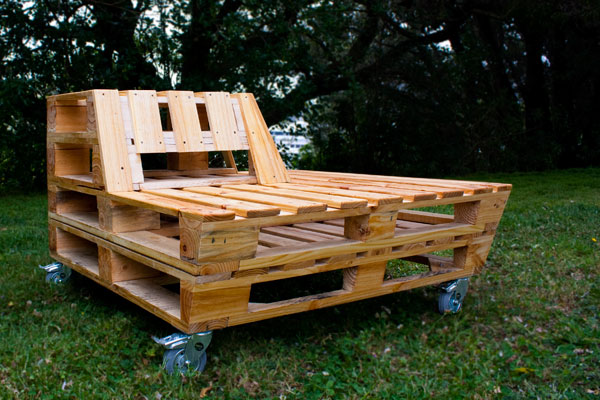 This modern suitcase comes with a detachable compartment for easy access while travelling!

You know how people browse apartments when they are bored? Well, after being stuck in the apartment for over a year I have actually started…

The Next Best Thing to the Clothes Line

Drying on an outdoor clothes line is not only more commonplace than you’d think, it’s preferable as an efficient and eco-friendly way to keep your…