There’s a design for a broom and dustpan out there that brings the two together in a way that not only keeps them one unit, but keeps them sitting upright as well. While a standard broom and dustpan require you to stand them up against a wall or they’ll go horizontal, the “Roly-poly Cleaner” by designer Salih Berk Ilhan [UPDATED!] is able to sit up without assistance.

What you’re looking at here is the same composure of plastics you’d normally be working with using a broom and dustpan. The difference here is the click-in nature of the two, together sitting upright and ready for your usage. When it comes time to sweep, just pull them apart.

UPDATE: designer is Salih Berk Ilhan, not “HYELIN Lee” as previously noted. As sometimes happens in our line of work, designers works are not properly attributed – in this case, it is certainly Salih Berk Ilhan who created the Roly-poly Cleaner (aka the Roly-Poly Dustpan and Broom, aka the RoPo!) We hope that those of you who have quoted Yanko at a source will make a change reflecting this update. Thank you! 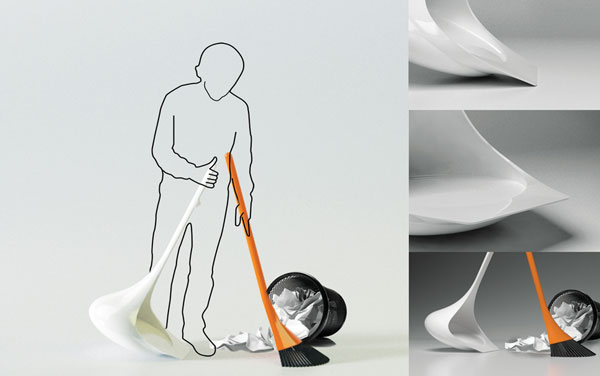 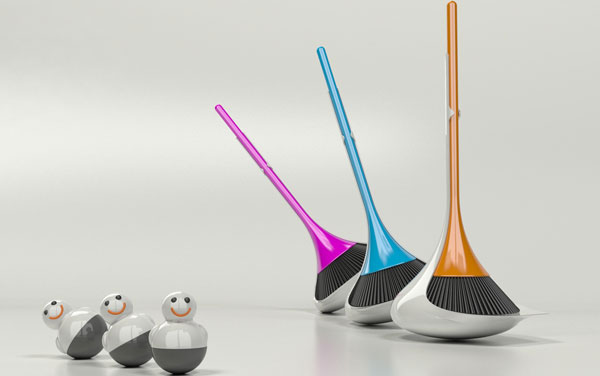 Flasso is specifically intended for countries like India, where milk is usually sold in packaged plastic bags. Glass milk bottles are redundant here and the…

A neat way to heat!

Ever thought your early morning coffee could be dangerous? Well they say too much of anything isn’t good for you but that isn’t what I’m…

This modern indoor BBQ grill is inspired by the mechanism of an air purifier!

Missing the BBQ parties during game nights and holidays in quarantine? This conceptual BBQ grill, Campin, makes it possible to still enjoy it indoors (perhaps…

Considered one of the biggest names in home appliances, Electrolux has, for long, had an approach that is best described as design-forward. As an organizer…