We’re baaaa-aaaack!! Thanks for following our live feeds on Facebook & Twitter on July 4th as we reported directly from the 2011 red dot product design awards ceremony and Designers’ Night after party in Essen, Germany. We had a blast this year and hope you did too! Ah, now what other juicy info can we give you about this year’s red dot awards!?

Sure, we pulled it together to put on our best suits and look absolutely handsome as we worked the events’ red carpet, and of course we were just fine filling our plates and glasses with the very best hors d’oeuvres and libations. We didn’t even mind sitting in the architecturally impressive Aalto-Theater to watch some of Germany’s most talented performers. We also gave ourselves a pat on the back for drinking and dancing until the sun came up at the breathtaking red dot museum without a single complaint. But you see, these things are just icing on the cake compared to the real treat- celebrating amazing design achievement alongside the crème de la crème of designers and the who’s who of the industrial design scene.

Let’s take a look at the highlights from this year’s event! 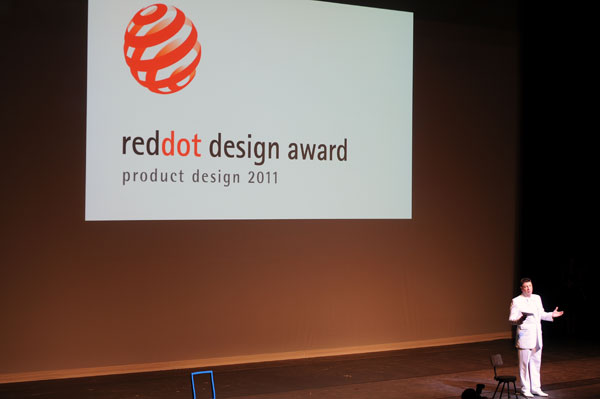 “Thanks to all the designers from around the world, for which there would be no truly good products without.” – Prof. Dr. Peter Zec 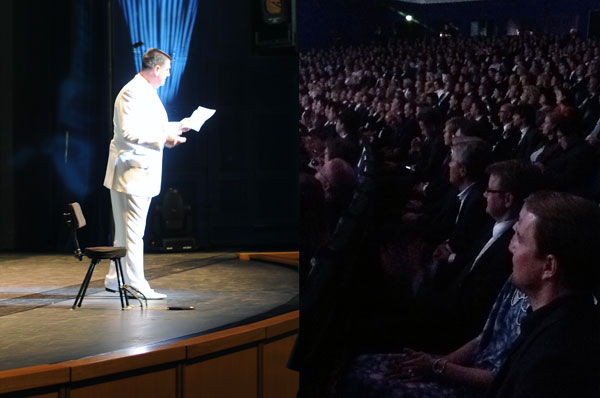 Over 1200 guests from around the world were in attendance, including representatives of design, media, economics, and politics as 59 deserving designers and teams were awarded for their outstanding achievements. 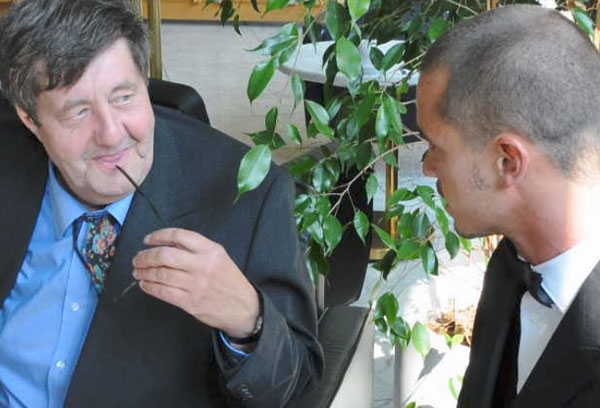 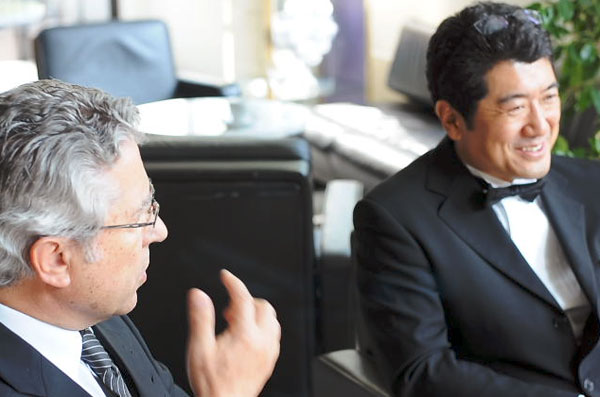 “Automotive trends are most apparent in the changing proportions of automobiles. Everything is getting smaller.” – Ken Okuyama, Automotive Judge 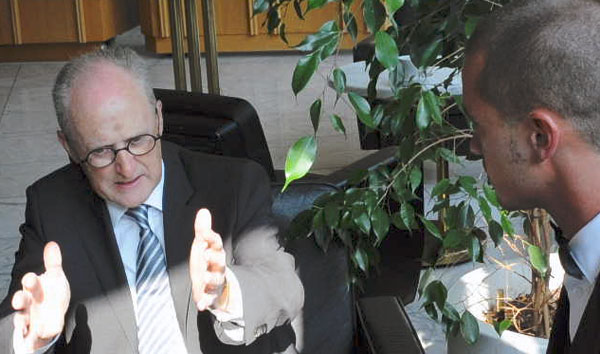 “The fields of engineering and design are not closed anymore. More than ever, we are seeing that solutions from one field can be transferred to other fields. Design is moving forward in all areas, helping the market grow.”- Wolfgang K. Meyer-Hayoz

Prior to the ceremony we sat down for some quality time with a few of the judges- Prof. Dr. Florian Hufnagl of Germany, Wolfgang K. Meyer-Hayoz of Switzerland, Ken Okuyama of Japan, and Marcello Morandini of Italy.

Though the judges focused on their specific areas of expertise, when asked about the process of assessing this year’s submissions, there was one word that seemed to resonate between them: difficult.

Faced with nearly 4500 designs to judge, the jury of 36 first-class design experts from 21 nations narrowed down their selections for this year’s winners based on select criteria: degree of innovation, functionality, formal quality, ergonomics, durability, product peripherals, self-explanatory quality, ecological soundness, and symbolic and emotional content. The competition is fierce, but at the end of the day the designs left standing share one thing in common… articulate design skill deserving of the renowned red dot seal. 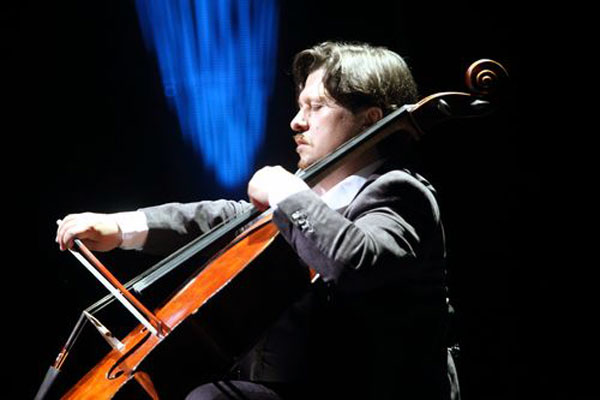 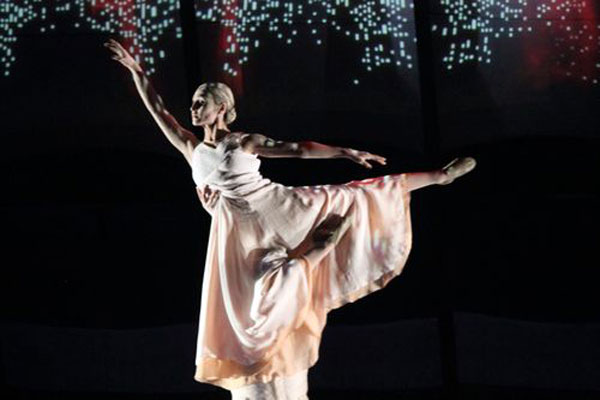 This year’s performances including breathtaking solos by Austrian star cellist Friedrich Kleinhapl and scenes from Carmen/Bolero by the Aalto Ballet Theater Essen. At Essen’s Aalto-Theater, both were a picture-perfect compliment to the glamorous evening.

For the grand finale of the ceremony and the moment everyone had been waiting for, acclaimed interior designer Steve Leung joined Peter Zec on stage to announce 2011 red dot design team of the year, Grohe! 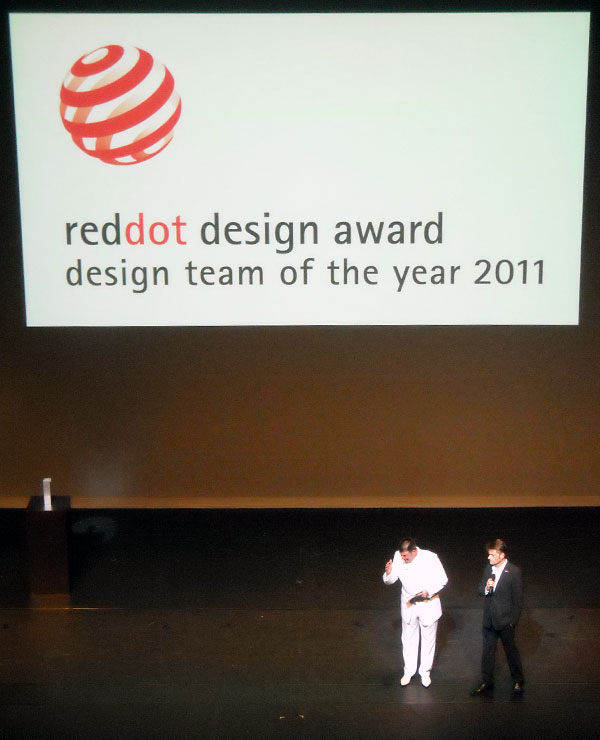 “I am so glad that we have Grohe in the sanitary industry to think as they do and design innovative products that integrate aesthetics with performance and fully understand people’s needs.”- Steve Leung 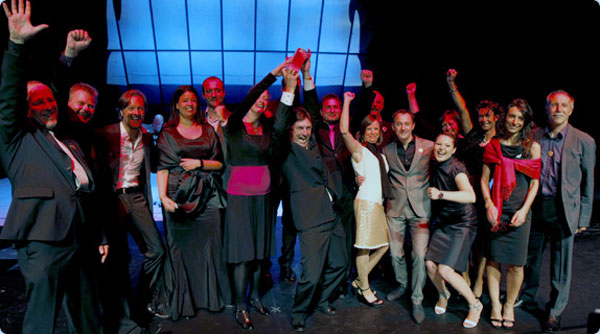 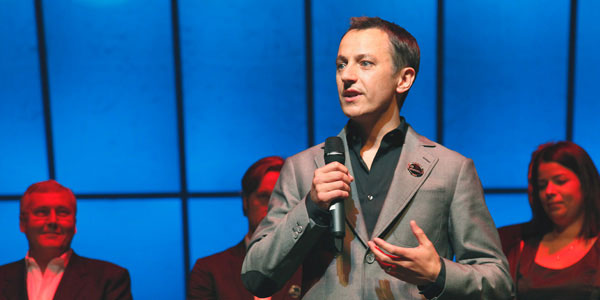 “To companies across the globe- make the creative parts of your team your top priority. Giving them power to lead is the key to business success.” 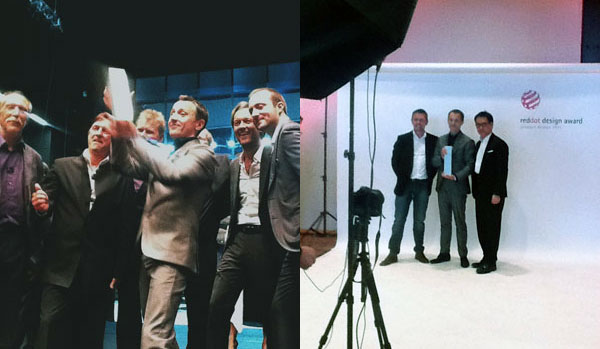 Now that the official part of the ceremony had concluded it was time to paaaaaarty!! After congratulating Paul and the rest of the Grohe team, we made our way over to the architecturally stunning and immaculately curated red dot museum for the Designers’ Night after party. 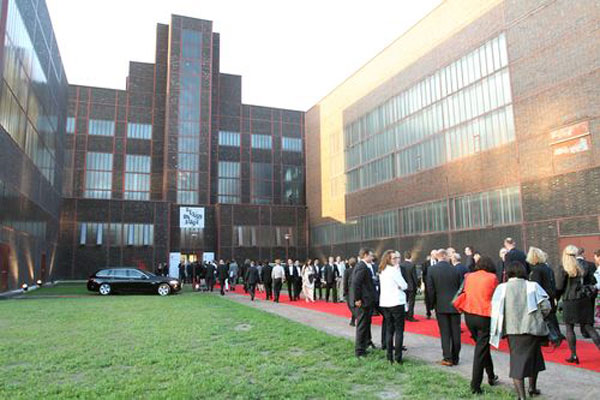 As the DJ spun the first record the atmosphere was jubilant and everyone feasted on scrumptious hors d’oeuvres and toasted with champagne and local beer to the accomplishments of their peers as well as themselves. Being surrounded by the winners of the red dot, honourable mention, and best of the best awards next to their own designs was incredible, and to be a part of this momentous occasion after all their hard work- truly unforgettable. 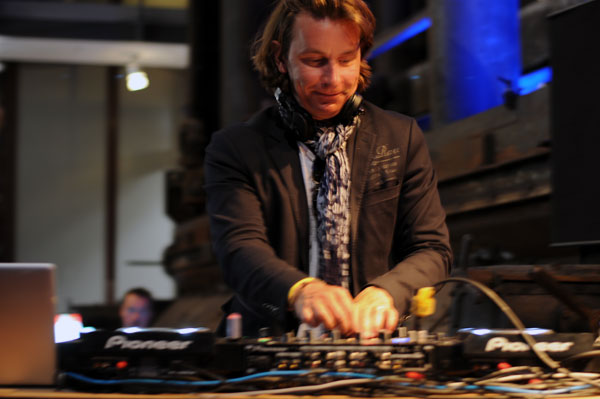 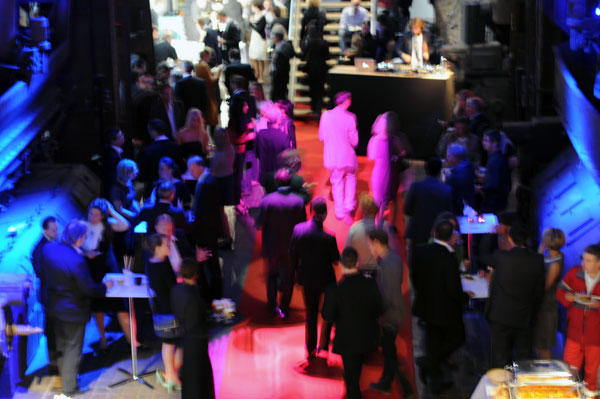 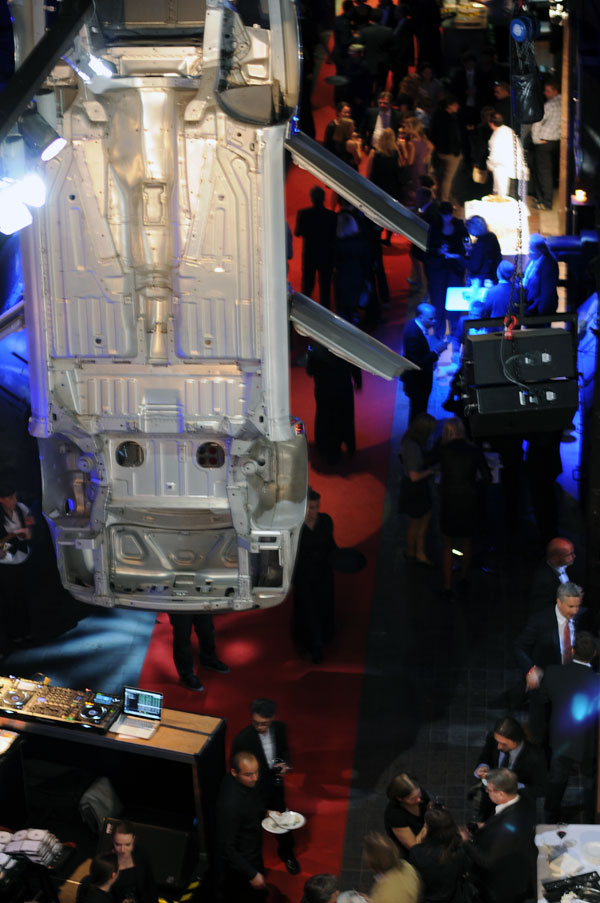 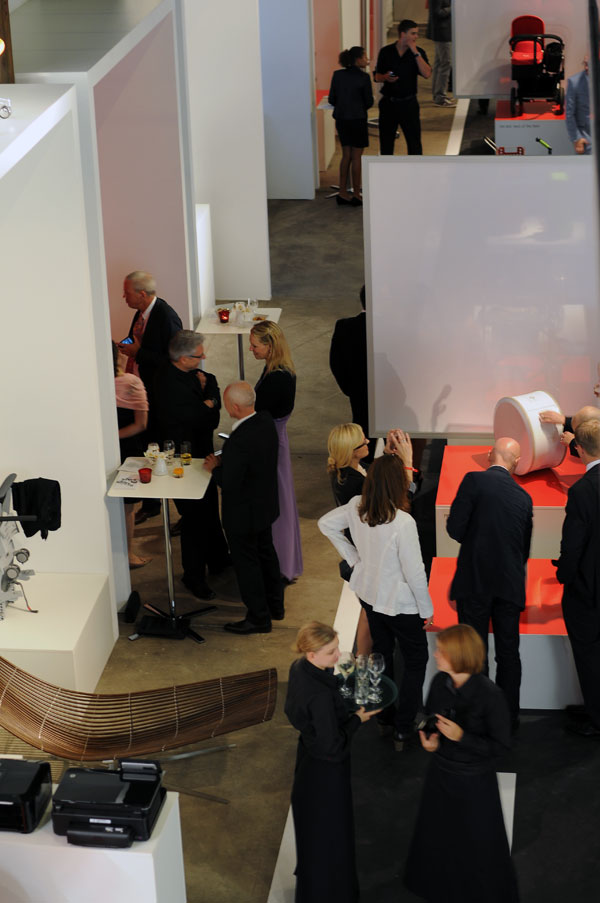 By far, the best thing about the Designers’ Night after party was being able to touch and get first-hand look at all of the award winning products with their designers standing only feet away. The contemporary product designs in contrast with the old industrial feel of the historic former Zollverein colliery add to the stylistic appeal of the event and make it the perfect setting for display of the world’s largest and surely the most unusual exhibition of contemporary design. Not to mention, it makes for one hell of a great party!! 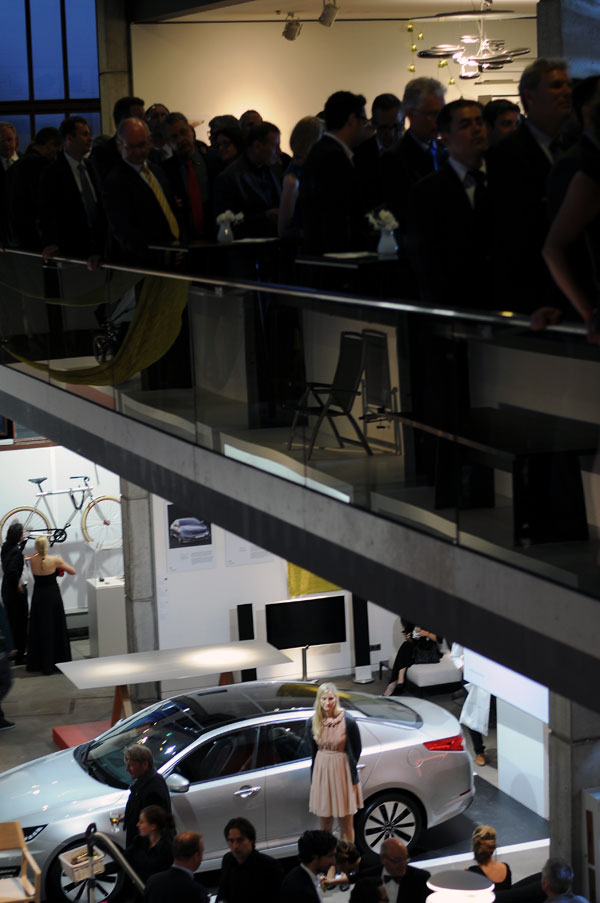 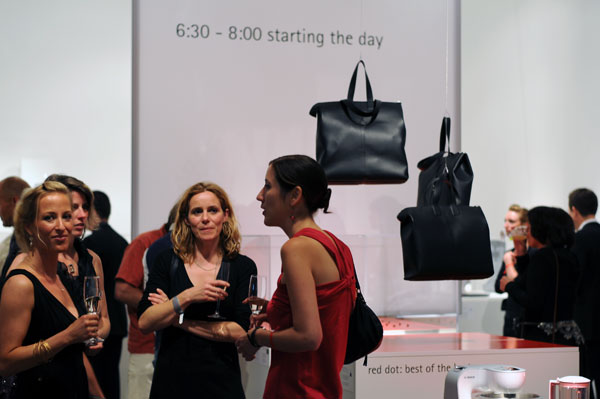 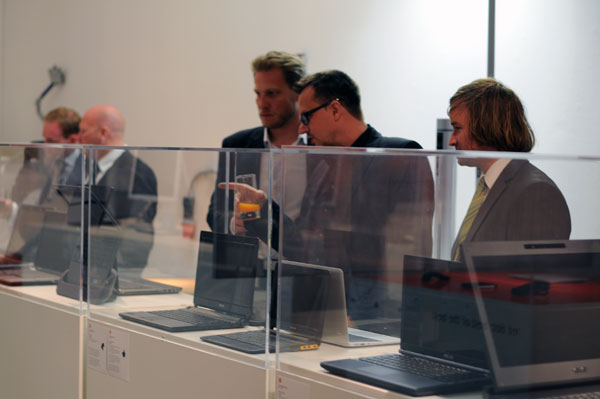 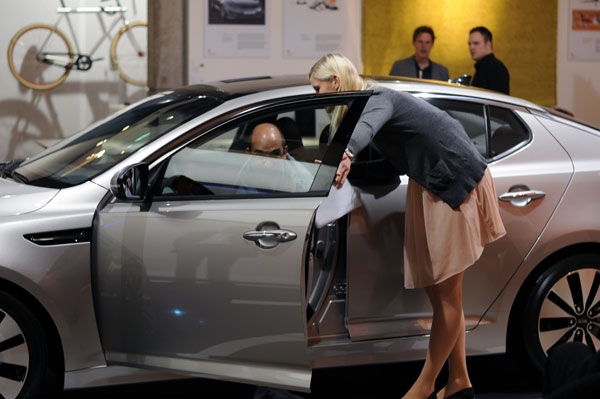 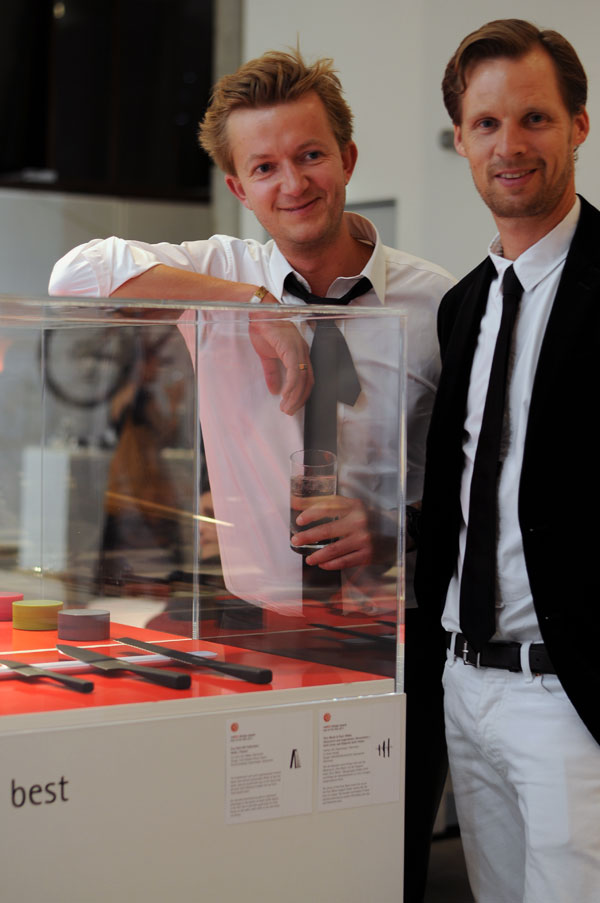 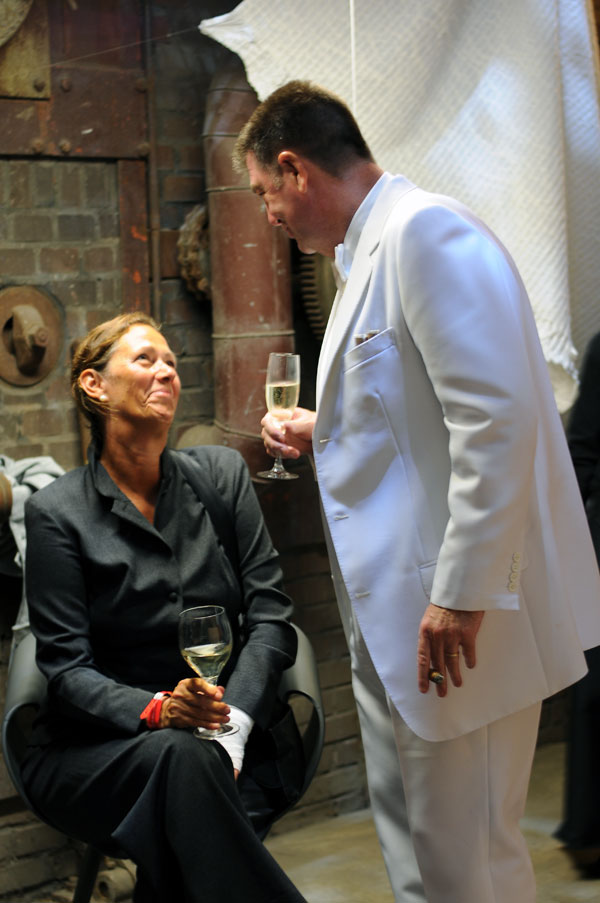 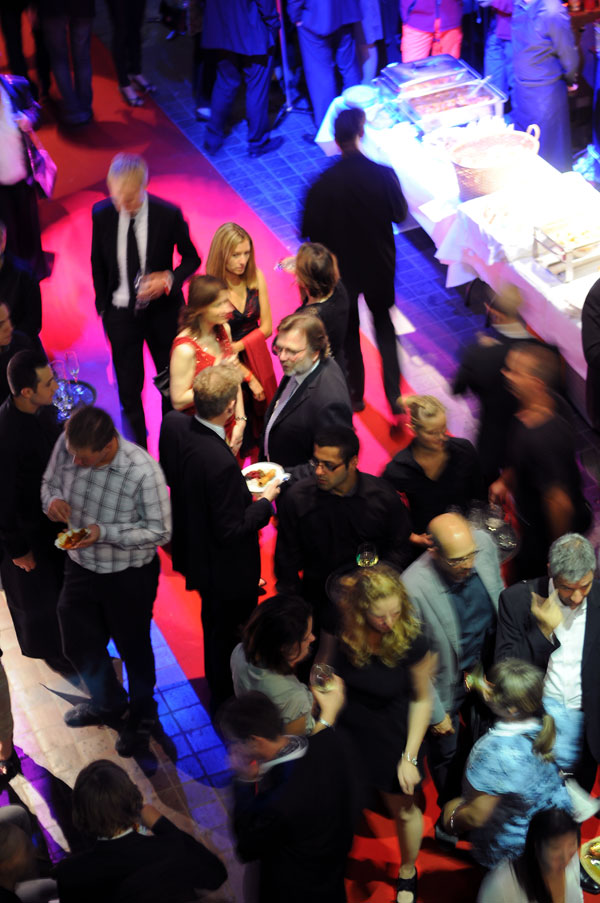 As the saying goes- all good things must come to an end! So when the sun came up (and after a little sobering up) we knew it was time to start packing for home.

This year’s lesson: the red dot product design awards aren’t just an excuse to get dressed up and drink nice bubbly. We dare to say that they are also not just about honoring great product designs that have finally come to fruition, or even about the respect and acknowledgement from a designer’s peers and colleagues that a red dot commands. It is all of those things and more- a celebration of the future and the potential for continual improvement upon existing designs as well as appreciation that design in general is in a state of constant evolution… and that we are lucky to be a part of it.

Red dot will be showcasing all of this year’s winning products at the red dot museum in Essen, Germany from July 5th through July 31st. Can’t make it? Check out red dot online for an online exhibition of the winners!

Desk designs that are a must-have for your work from home furniture wish list!

Almost all of us are working from home, and we’re always looking out for various ways to brighten up our boring home office situation. Though…

The all black tungsten carbide Wingback Mechanical Pen is a delight for the senses!

https://www.kickstarter.com/projects/maclainedesign/black-steel-by-wingback 3.5 times harder than titanium, the strongest metal known to mankind, Tungsten Carbide is akin to black-gold in the EDC world. Give any gear…