There are a lot of expectations from our gadgets these days, and somewhere down the line we have blurred their definition. For example a phone doubles up as a video camera, still camera, voice recorder, MP3 player, movie player, web browser, sketchpad and much more…. But this also doesn’t mean that we are done with individual devices. Tenna is a device that looks at adding the telephone function to individual gadgets like an MP3 player, thus doing a U-turn on how we perceive a phone.

Tenna is basically a screen-less phone that uses voice recognition-based UI. It provides only calling and texting functions when used on its own. The 1.5” device has a detachable ear piece for making calls and hooks up to any device via the USB mini port. So for advanced functions like scheduling, managing personal contacts, connecting internet, just plug it to any of your fav device that has a screen.

In a nutshell Tenna will transform any gadget with a screen into a mobile phone via a (proposed) built in software called ‘tennalink’. 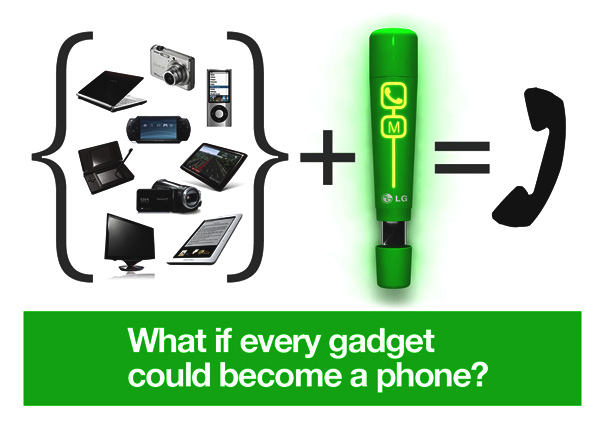 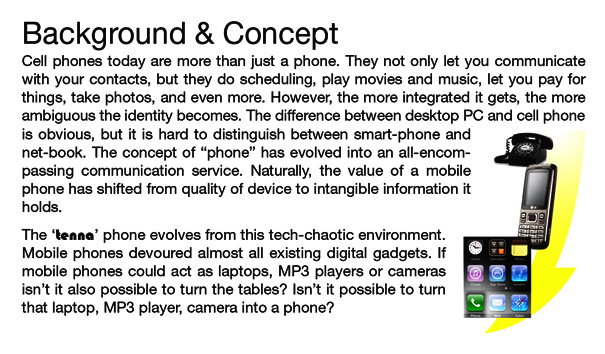 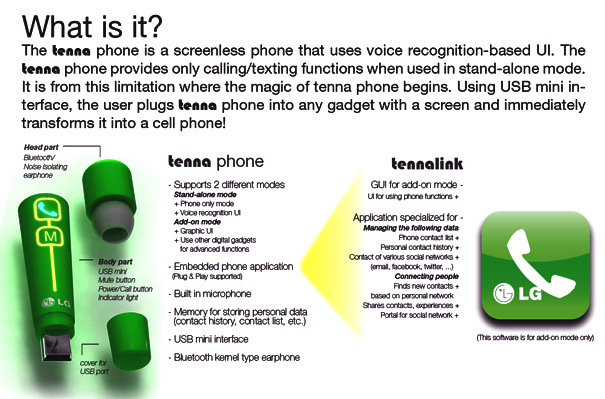 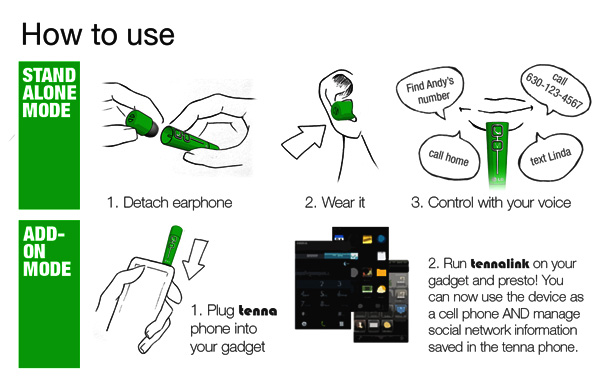 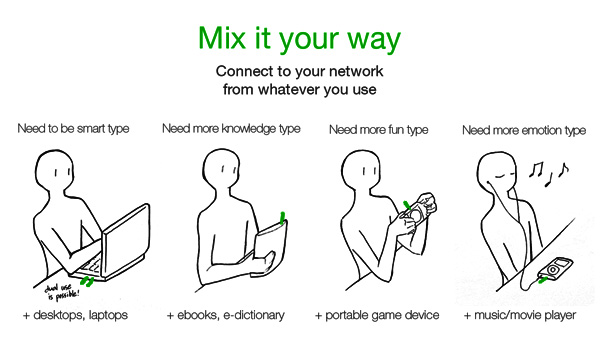 Ramus, latin for “tree branch,” is a sculptural piece that combines the strongest of man-made materials with the natural structural advantages of a tree’s branches….

The latest from OnePlus enthusiast, Hege, this modern redesign of the One, called “11”, imagines the fledgling Chinese company’s minimalist smartphone as… well… more minimal!…