That’s all you need for the most naturally ninja-tastic backpack you’re ever gonna own. Straight from Shenkar College of engineering and design in Tel Aviv, Israel, here’s Davidi Galid’s “Meiosis.” Three dimensional polygons galore in a grid system that screams naturalistic and it’s probably really really safe on the inside.

I don’t often do this, but this designer, Davidi Galid, has such a way with words that I’ve just got to quote him word-for-word:

The backpack is the development of a new way of assembly that utilizes the physical attributes of the materials from which it is made. It is constructed of a three-dimensional polygon system, which is the result of released tensions and convergence of the material.

While the backpack parts are in that state, the bag gets its exterior shape, and remains so due to geometric locks as a result of the shrink. The relationship between the parts enables the opening and closing of the backpack, and determines its design and unique shape.

I wish each pack could be form-fitted perfectly to the wearer. I’ve always wanted my own shell. It seemed to me unfair that the Teenage Mutant Ninja Turtles had these really useful shells that they could store things in when I was a kid – then I realized that they probably couldn’t do that.

But now you can! 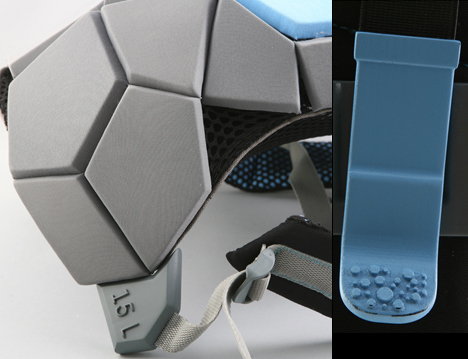 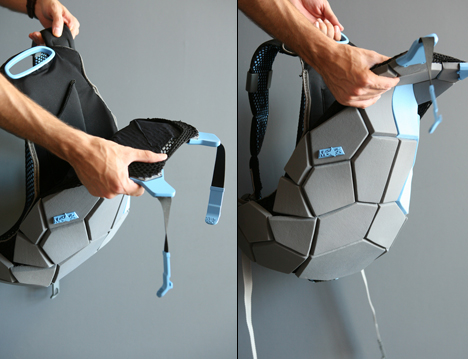 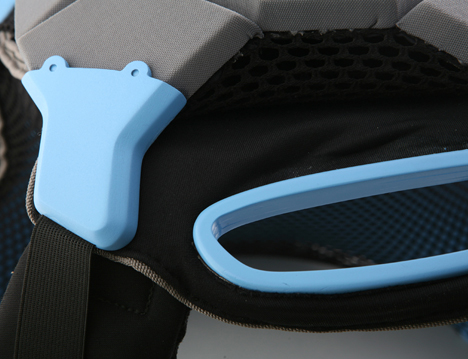 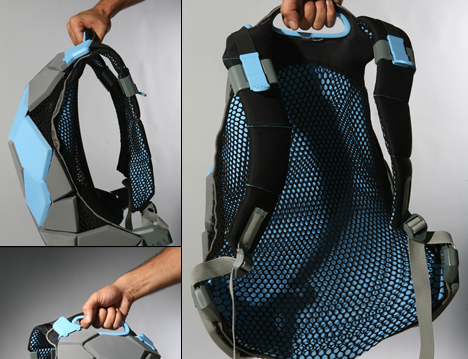 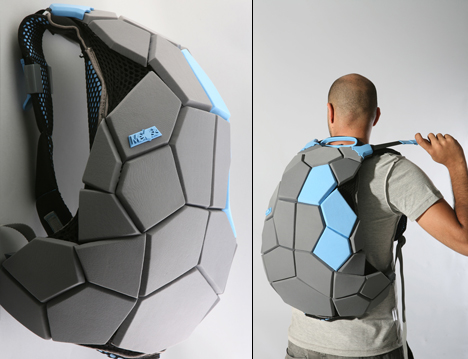 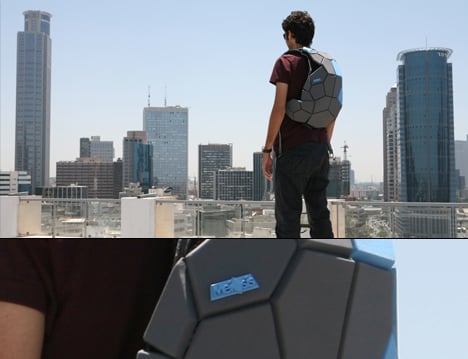 https://www.kickstarter.com/projects/threadsofapollo/threads-of-apollo-100-waterproof-full-grain-leather-jacket There’s a popular Seinfeld bit about how it’s funny how leather gets spoiled in the rain. I mean, cows occasionally get wet. So do…

I’ve been toting around the KOR ONE Hydration Vessel for a week and the first thing someone said to me was, “that’s a water bottle?…

We are the furniture! Actually there can be only one. This project is called “I Am Furniture” and it asks not what furniture is, but…

https://www.kickstarter.com/projects/one24/sporthacks-one24-the-new-generation-sports-bag The ONE24 bag is for a niche market for which no singular backpack solution exists… the person who works and plays in the same…