It’s not the newest kid on the block but the Olympus E-3 still produces amazing pictures. The 2008 flagship model faces stiff competition but fans are loyal because of the amazing Zuiko optics, splash-proof magnesium body, and the world’s fastest autofocus. I took the E-3 and the Zuiko 12-60mm SWD lens to the San Diego Zoo for a test run. The results are impressive.

The E-3 was one of the first SLRs to embrace Live View and tho pros may poo-poo the feature, it’s incredibly useful when shooting at odd angles. The screen flips out and swivels 360º revealing Olympus’ most high contrast LCD screen ever. Compared to the E-volt line, it’s like night and day.

I’m not sure if newer SLRs have taken the title but in 2008 the Zuiko Digital SWD 12-60mm coupled with the E-3 had the world’s faster AF system system. The latest SWD (Supersonic Wave Drive) focuses twice as fast as previous Zuiko lenses and the speed is highly appreciated with shy animals at the zoo.

I’m totally smitten with the high shutter speed too, 1/8000-second! Even the fastest animal was no match. You can even set the camera to shoot at the highest quality setting at 5 frames per second. The 10 megapixel sense delivers some amazing prints. Day or night, noise levels were at a minimum and photos never looked soft. Everything is tack sharp with no chromatic aberration.

Being a pro camera, there are no automatic settings. You can choose between shutter and aperture priority modes or go full manual. Navigating the menus is pretty easy tho a bit awkward since at times you have to press two buttons at once.

As an avid Nikon user, nothing comes close to their VR (vibration reduction) technology but the E-3’s optical stabilization is no slouch either. It compensates for camera movement up to 5 steps EV. In fact, every SWD class Zuiko lens has built-in optical stabilization so even those most action oriented photographers will love it.

The E-3 is priced at $1,399 body only. Olympus’ flagship SLR is a little long in the tooth but advance and pro photographers will find it has more than enough power. Toting around the magnesium body was a little tiresome but that’s what Olympus is known for – durability in conditions other SLRs would fail in. Some of the world’s best nature photographers use Olympus glass and now I understand why. With very little muss and fuss I was able to take some amazing captures. Little benefits like ISO 100 made shooting in bright sunlight a non issue. I won’t give up my Nikon anytime soon but Olympus is quickly becoming my second favorite choice. 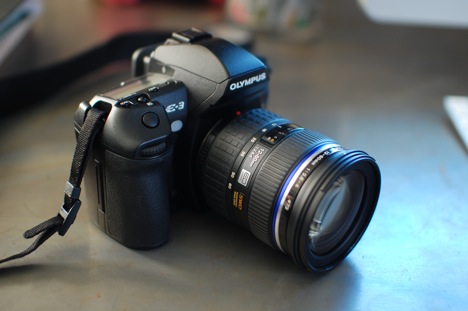 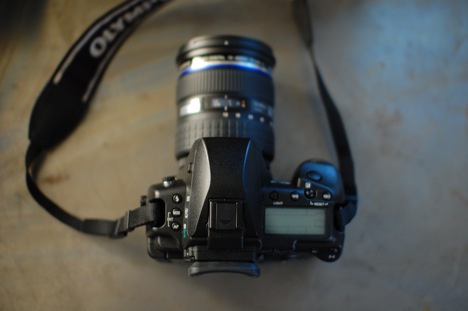 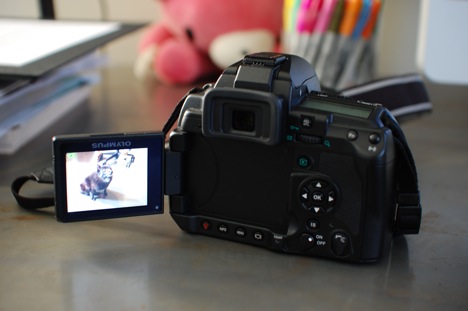 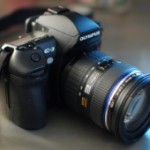 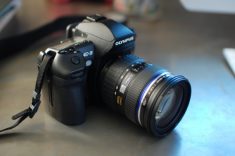 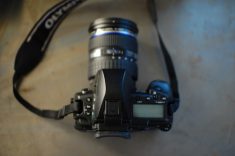 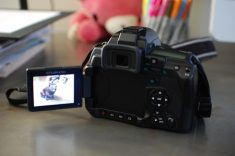 This is the Samsung Galaxy S6

Based on the creative inputs from their community, the 91mobiles team has drafted their version of the Samsung Galaxy S6 Smartphone. The flagship concept features…

There are two ways to go about making your iMac portable. A, you get yourself the Lavolta iMac carrying case, or B. something less bizarre,…