It’s the “FOODOO!” In Korea, food waste cannot be tossed out with the rest of the garbage. The food must be collected in a separate bag, kept together until garbage day when it’s handed to the garbage people. During this time it gets YUCKY. And you know what happens when things yet YUCKY: things also get real SMELLY. What Jeong Min Kim has here is a device that both heats and dries the food waste into a solid block. Don’t put your puppy in there!

In the FooDoo the food is made into blocks that are one-fifth of the wastes original volume. Like most similar devices, it is made to be built-in to the cabinet system of the kitchen.

and whoever crushes the biggest amount of banana peels and stink into one singular unit wins a big prize! The prize is a banana block. Good job. 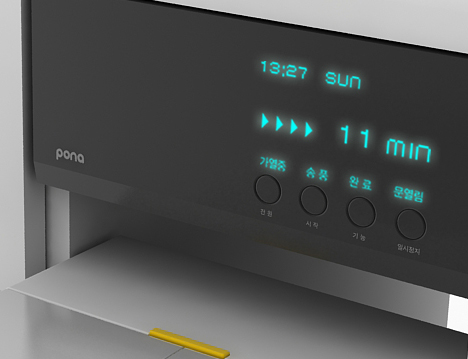 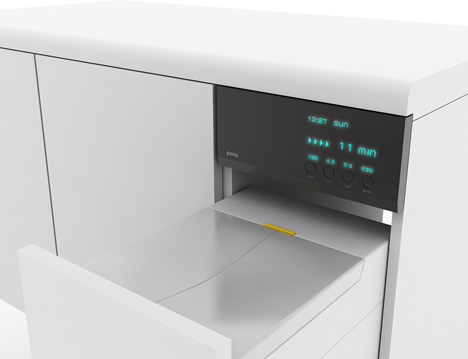 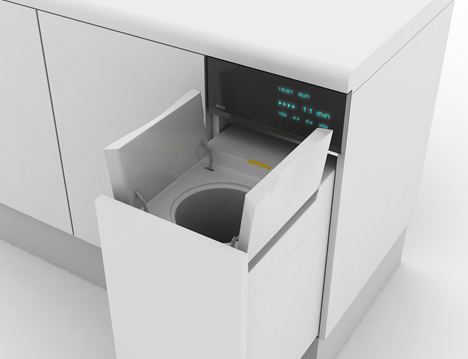 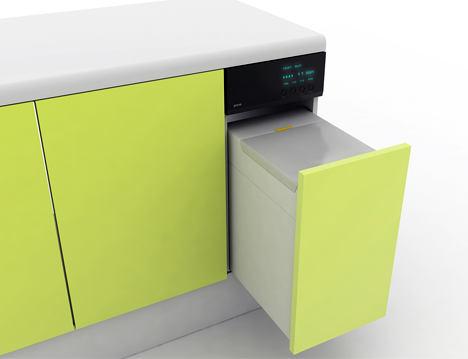 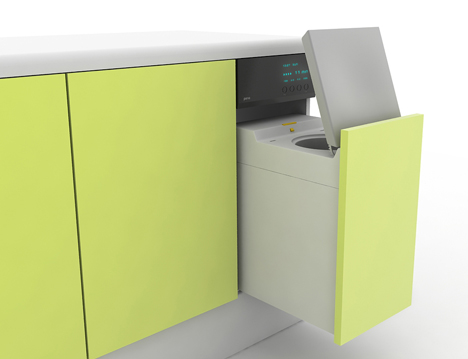 I’ll let you in on a secret – You’re not fooling your dentist when you lie about flossing every day. Trust me, they know… and I’m…

Turn your pencil stub into a gloriously fine writing instrument. Meet the Ferrule, probably the most significant improvement to wooden pencils since they started putting erasers…

All over the world, we face the challenge of waste generation and management. Most people think that plastic is the biggest culprit but you would be…

Designed as a collaborative effort between Electrolux and the students at Umeå Institute of Design to think about post-Covid-19 home solutions, the Fika from Afar helps…

Airwash is a waterless washing machine for the home of 2020. Eliminating the use of detergent and precious water resources, it cleans clothes with pressurized air…