So I hear you all, all of us, love to eat breakfast. Or wish. Wish we could eat breakfast every day. Check it out. Here’s ten amazing industrial design concepts based on that old timey morning ritual. Most of them are basically made for people who’ve got time to eat breakfast, but yes, there are fantabulous designs for those of you who’ve got no time at all! Designers! 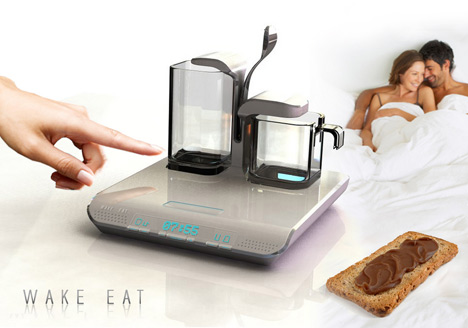 1. Wake Up Food Alarm by Florent BEGUIN Juice and coffee or chocolate and toast on alarm, when you wake. Every single day! 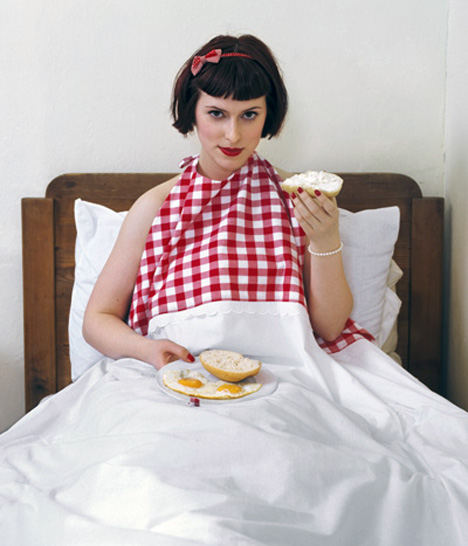 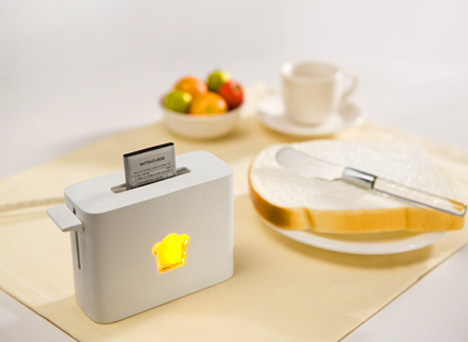 3. Toasting Charger by Hyun-A Ko if you’ve got a battery you need toastin. Or charged. Charged like a battery toast. Don’t eat the battery though, that would be just terrible. 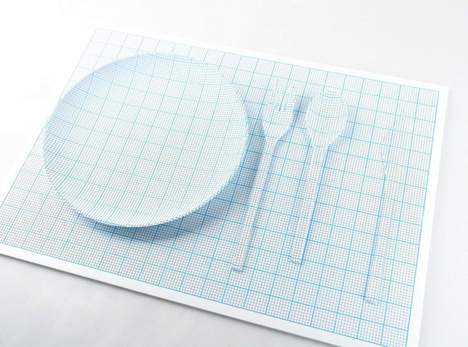 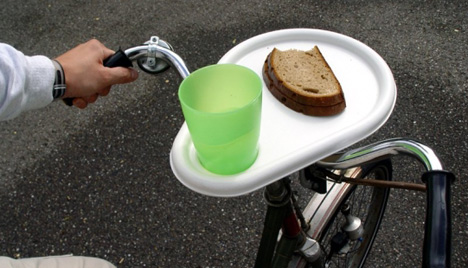 5. Never Miss Breakfast with Bikefast by Philipp Drexler This one’s for you, “green” designers. Get to work on the bike. The bike has a tray on it for your toast and a holder for your cup of coffee which you’re gonna probably spill on your crotch. Woops! 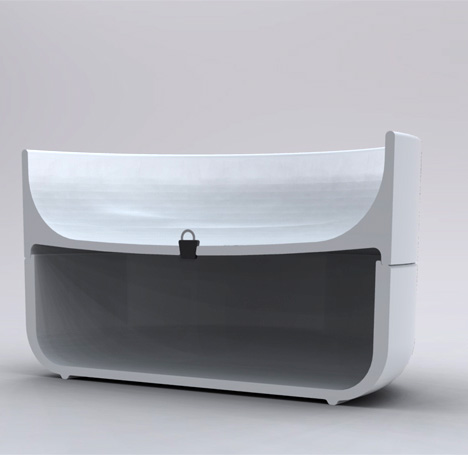 6. Perfect Cereal Bowl by Sherwood Forlee This is only half of the bowl. This is a cross-section. It’s a bowl with a cork in it that lets the milk (or whatever you put on your breakfast cereal) drain down into a lower bowl. This is for those of you who use your milk twice. 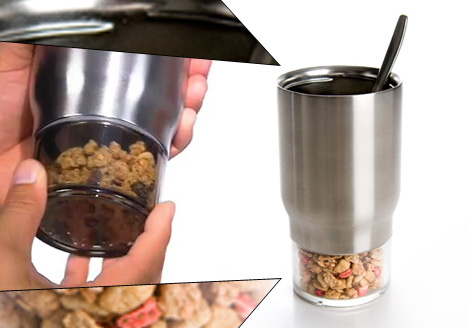 7. Fresh Traveler by Arjan Brekveld This is one of those metal containers that keeps your liquids cold, and it’s got a little plastic detachable container on the bottom where you can put your cereal. 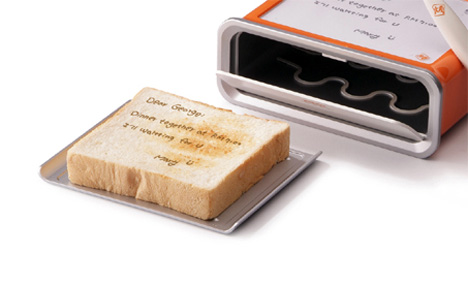 8. Message Toaster by Sasha Tseng does what you think it does, which is, of course, write a message on a piece of toast by toasting it in. The toast is a message for whoever works up second. 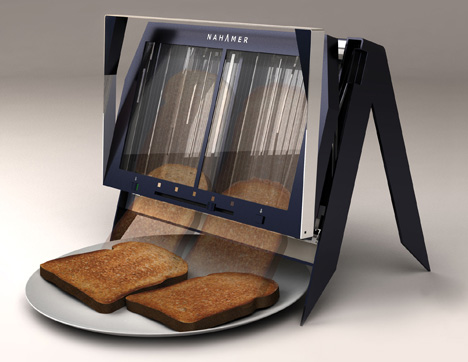 9. Sustainable Toaster by Rob Penny is made of simple pieces that can be easily replaced, is 20% faster than the average toaster, and only gets hot on one side if only one piece of bread is in the toaster. Oh did I mention that it makes getting the toast out of the toaster totally intuitive? Check it out. Look at the pic. 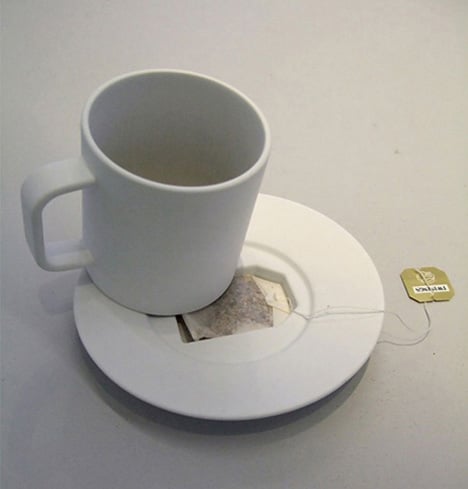 The Transparent Punch allows you to see where exactly you will be punching the hole in a paper. The red ring guides your placement and…

The Freecom USB card is a slim, 2-mm flash memory device in credit-card format. Designed especially for business people, the flat device fits into any…

They say that if you spend 10,000 hours practicing something, you can perfect it. That’s all that comes to mind when I look at Taiwanese…