Shoveling snow looks like a hell of a job at the best of times, but when faced with commercial sized buildings, apparently it’s so bad it takes up to 25 men to get the job done. That’s where the humorously named “Roofus” comes in.

Roofus is happy to take the job on single handed, collecting and dumping the snow via remote or autonomously. When there’s no snow to move, Roofus can be fitted out with a variety of attachments for more mundane tasks such as mowing and cleaning. Joyriding is not recommended, but who could resist?
It features two electric motors, caterpillar tracks, and sensors on each side of its body for navigation, tips the scales at a touch over 100kg it’s and can take 250kg per load. 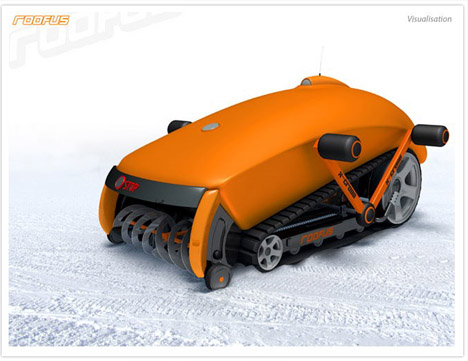 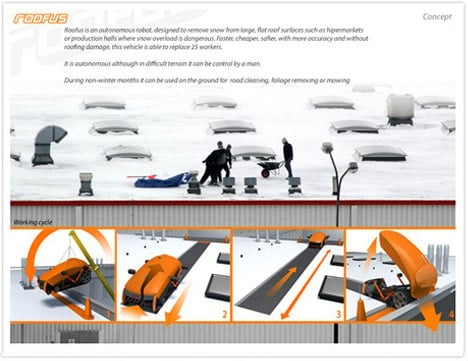 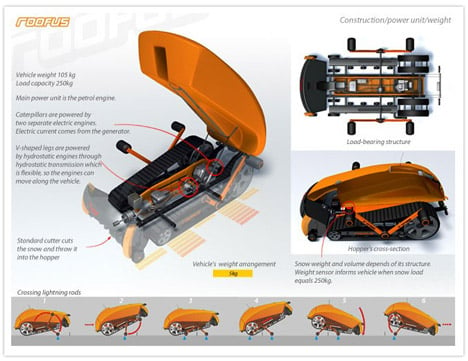 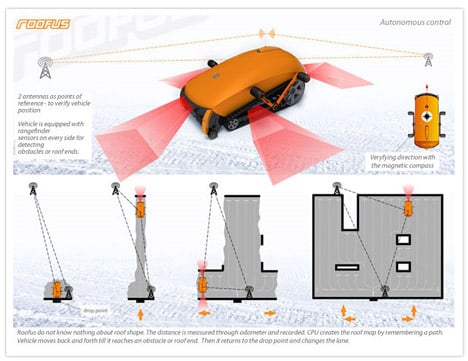 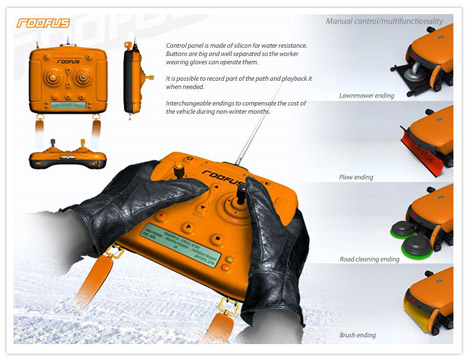 Meet Spykee, construct-it-yourself spy robot. It runs on tracks, it’s got spy gear, and it’s WIFI. It is the dream of all true nerds to…

The Bouquet coffee dripper looks like a pretty vase, but is not one!

Inspired by the beauty of a bouquet of flowers, designer Jeong Kim has envisioned the Bouquet coffee dripper. Technically, it’s just a coffee pot, with…

Retro 1940s-Inspired race-car concept is powered by an electric drivetrain!

The Helvezzia Tipo-6 exists in a parallel universe where electric vehicles were commonplace back in the 1940s. I wouldn’t be surprised though, if the world,…

I can’t speak much for the rural scenario in India, but from what I’ve experienced, it’s quite a cultural shift. There’s a lot of scope…