Well it’s official, cubes-that-turn-into-things is officially a trend. Maybe designers are inspired by last years Transformers movie, or the Borg on Star Trek, but these squared squares just keep on coming. The latest is by designer Naho Matsuno called “Cube 6.” Made from birch plywood and maple, this cube unfolds into six tiny stools that are perfect for those impromptu games of musical chairs with Danny Devito, Tom Cruise, Kylie Minogue, Gandhi, Toulouse-Lautrec and my attention span(all short things…get it?). Matsuno showed this project at the Salone Satellite at the Milan furniture fair. 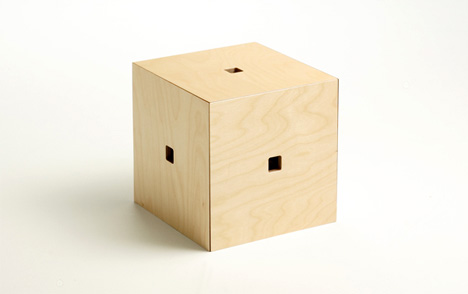 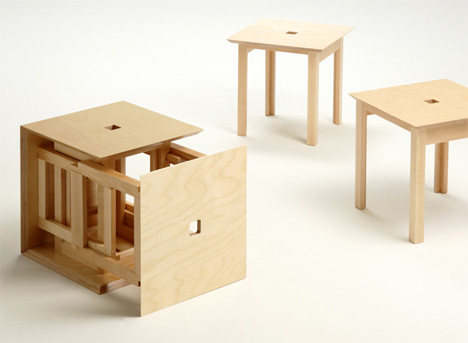 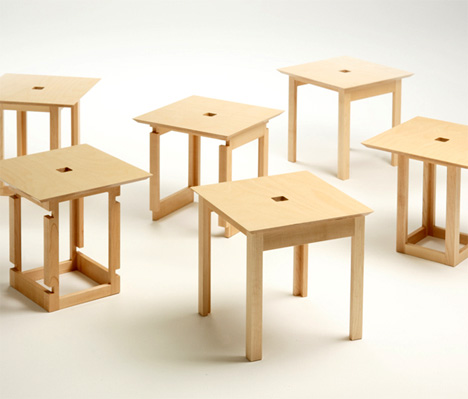 Can you make metal appear soft and inviting? Sure, some cars like the VW Beetle look softer than most, and if you’ve ever seen any…

A magazine rack designed to purposely look disheveled and disorganized. Each rack can be rearranged to create all kinds of chaos  tho I have a…

The Finest Books Read While Seated

Certainly not an early runner for this years Most Complicated Design Award, Studio KG brings us what’s called the “Read-In-Peace.” A deadly title, yes? This…

Designed by Studio Porsche & Thermaltake, this smart gaming desk is ready for a productive multimonitor setup