Cigarettes have long been a source of power for song writers and brooding actors. For years, these cancer stick starlets have lit up the silver screen and play a major role in countless movies and pop culture. They are used as a universal currency in prisons around the world, as post sex rituals, as part of magic tricks, as conversation starters.. ” got a light?”, as a last right before execution and even as timers on bombs. But all over the world, more and more restaurants are banning these poor little fags from entering their establishments.

Now designer Myan Duong has breathed new life into this classic silhouette and has figured out a way to get them back into your local eatery. By cleverly disguising them as salt and pepper shakers, Myan “Flavor Country” cigarette shaped salt and pepper shakers will manage to get people re-used to seeing them back on their dinner tables. Clever Myan, very clever. 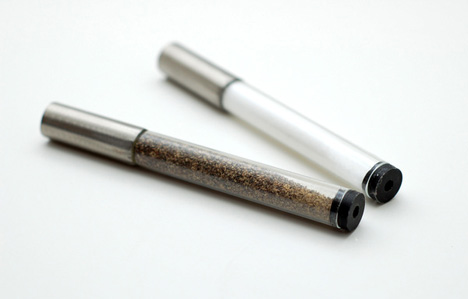 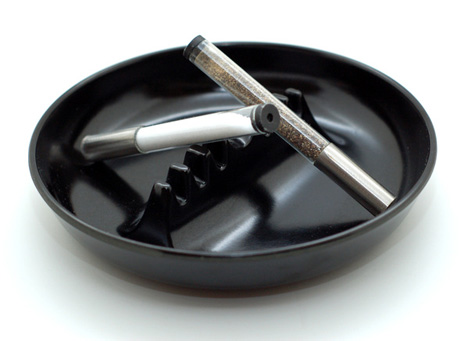 This shovel-attachment lets you use your foot to help break the soil, without breaking your back

I can just feel like the punchline for this article should be “Can you dig it?” This is the Kikka Digga, just like its energetic…

If computers were designers.

The Qrash lamp looks like something out of a transformers movie. Designed as a cube falling apart, it has an All-Spark vibe to it. Geeks…