It is strange to think that not too long ago there were no such things as pixels. Before the invention of photography, artificial pixels (short for PICture ELements)simply did not exist. It wasn’t until the personal computer hit the mainstream did the word “pixel” become widely known outside of geeks, video/photographers and the CIA. Now that several generations of designers have never known a world without pixels, it was expected that this single common component of an image would find its way onto non traditional objects. Cristian Zuzunaga, a graduate from the UK’s Royal College of Arts, has designed this Pixel Couch that will be produced by Danish manufacturer Kvadrat and sold through Moroso. I wonder what it would look like from far away. 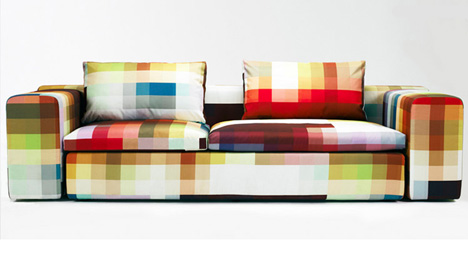 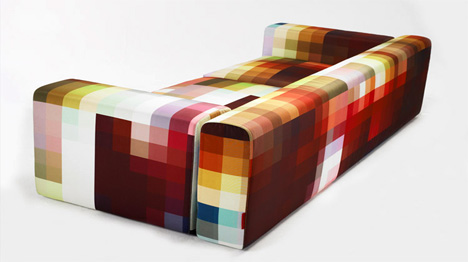 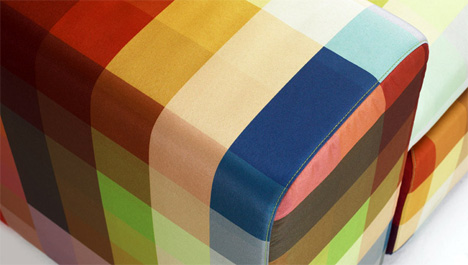 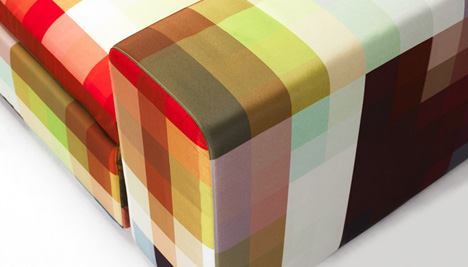 All the way from Maastricht comes this collection of seats named FW2010, a set designed by Valentin Löllmann. This set is diverse in size and…

Far be it for us to really even think of going back to offices this year, but this time poses a pretty interesting challenge in…

I always appreciated creative endeavors made with a single stroke or line. The Etch-A-Sketch comes to mind, the long-take Copacabana scene in the Scorsese’s film…