Ah Foleo, the infamous Palm Smartphone computer assistant we’ll never see. Sure the hardware was lackluster and left people wondering why they would carry yet another device around, especially one so underpowered. Of course, maybe if Palm had some of that Apple magic, they’d come up with something like the iFolio.

Designer Willy Yonkers (I swear that’s his name) thought perhaps the Foleo concept could be reimagined with better hardware, say an iPhone and a barebones MacBook. The MacBook’s touchpad is a docking port for the iPhone which then becomes one giant multi-touchscreen trackpad. Information between the two devices are kept synced and multimedia files can easily be viewed on either.

Mr. Yonkers also made sure the iPhone’s design language reflects well in this scaled down MacBook. Everything from the black finish to the chrome bezel. It sports a 12″ screen, twin USB ports, standard audio jack, and of course a slick eject button to release the iPhone from its clutches. 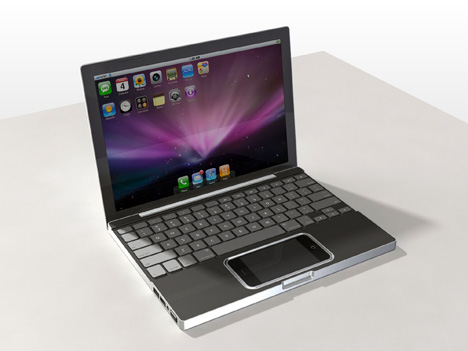 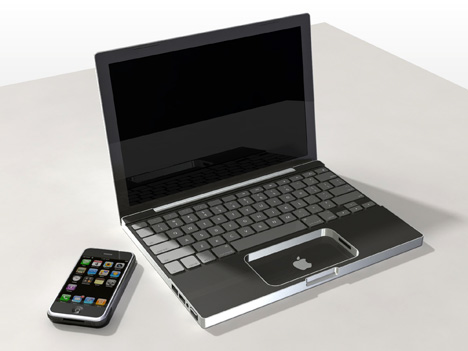 Hyperion’s supercar looks like an absolute beast of an automobile, but if the driver seated inside it had their way, you probably would never really…

Even if you dispose of one… Just one plastic bottle a week. That’s 52 in a year (without counting soft drinks and other beverages). I…

I love that designer Jonas Dähnert is not focusing on Apple but giving a chance to Windows and others. Take a look at his version…