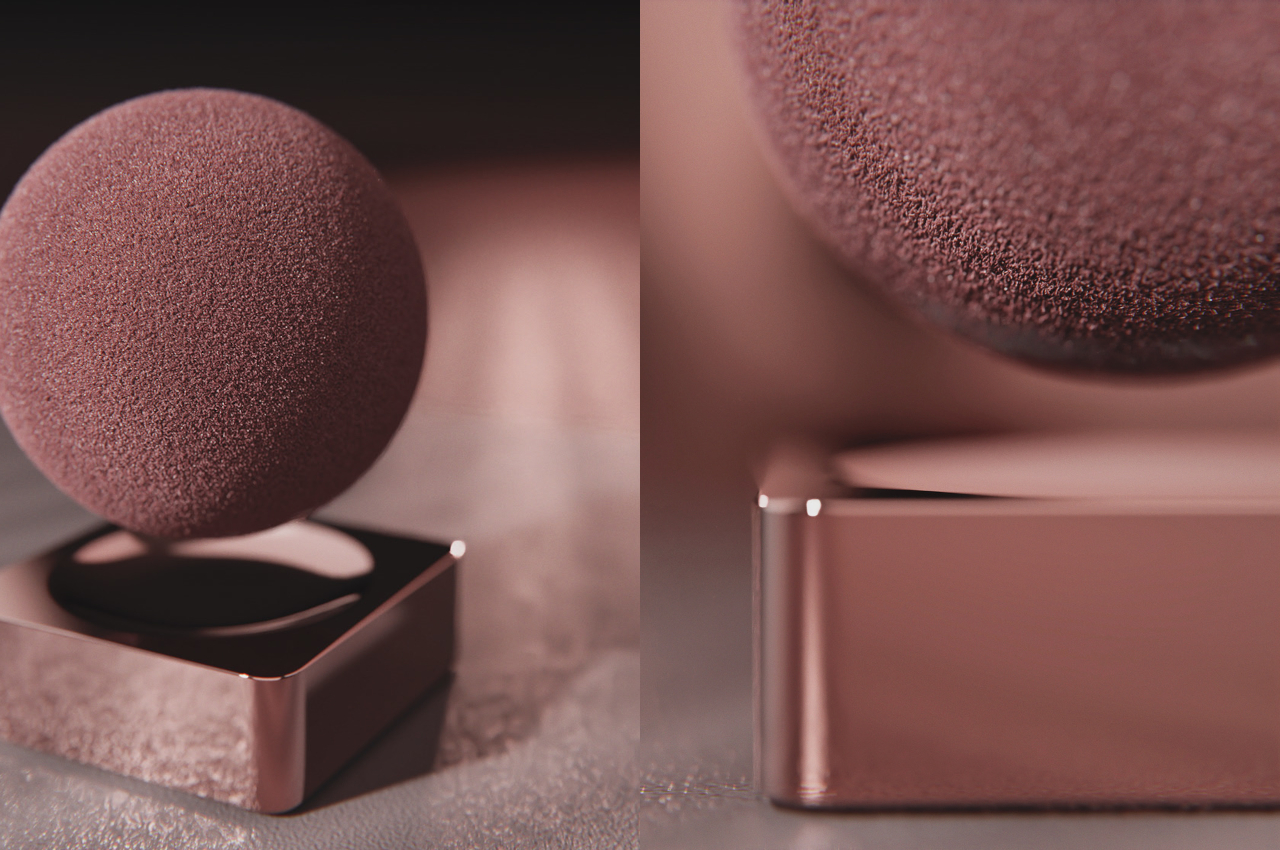 What better way to show how smart assistants are the future than with a futuristic speaker that seems to defy the laws of gravity.

When Amazon came out with the first-ever smart speaker housing a smart assistant, there was a bit of bewilderment over its place in our modern life. Half a decade later, it almost seems inconceivable to have a modern home that doesn’t have either some smart speaker or at least a way to get in touch with Alexa, Google Assistant, Siri, and everything in between. While these smart assistants have evolved in the past years, the design of speakers hasn’t seen many notable changes in terms of design. One concept, however, breaks out of the mold and aims to make the smart assistant truly look futuristic while still setting a foot down on familiar and comforting materials. 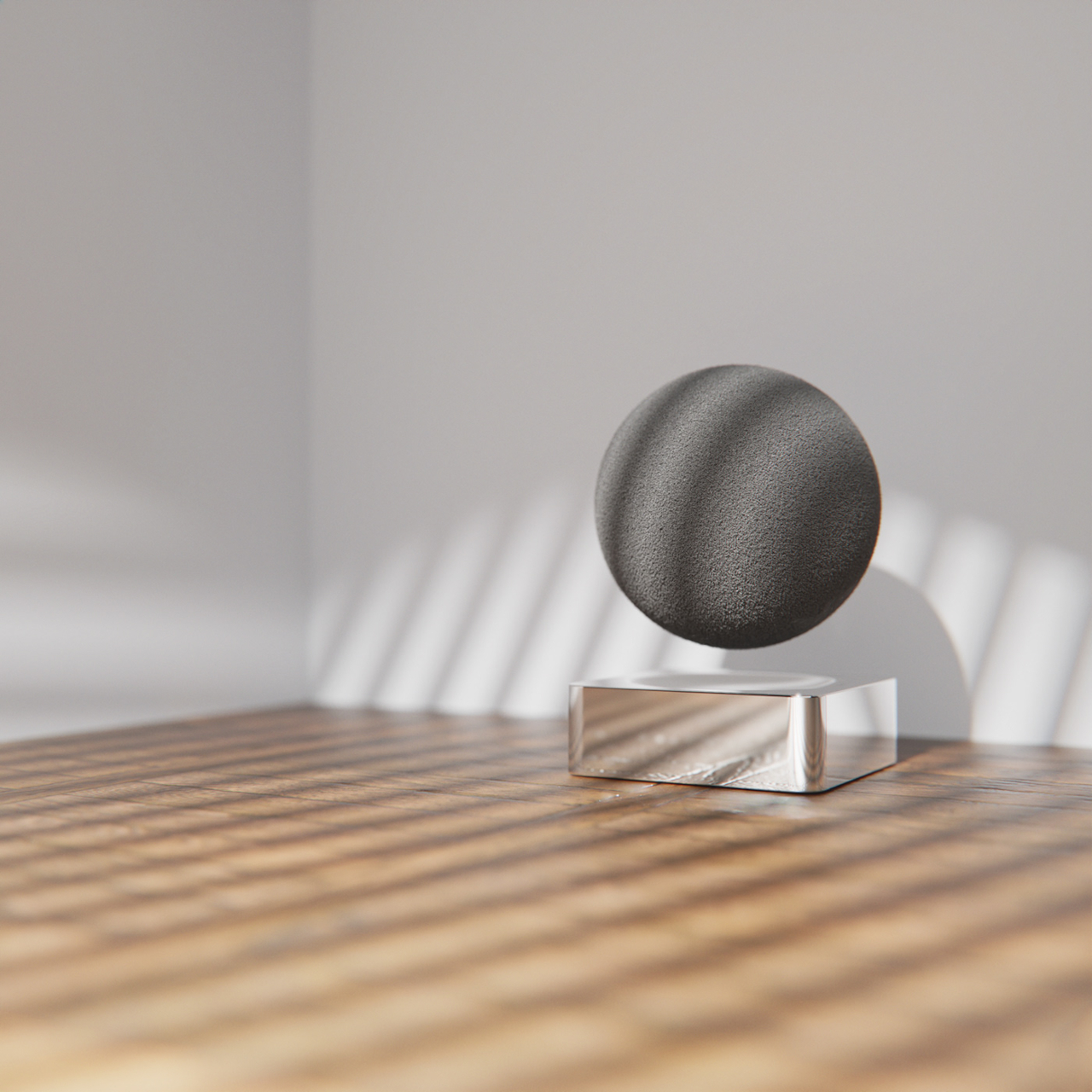 That’s not to say that smart speakers are ugly, especially since many of them are intentionally designed to be more aesthetic than most speakers. The shapes for these speakers, however, seem to be limited to a few basic forms like cylinders or rectangles. There are some exceptions, like the BeoSound Emerge, but this beautiful book-like audio product is more the exception than the norm. 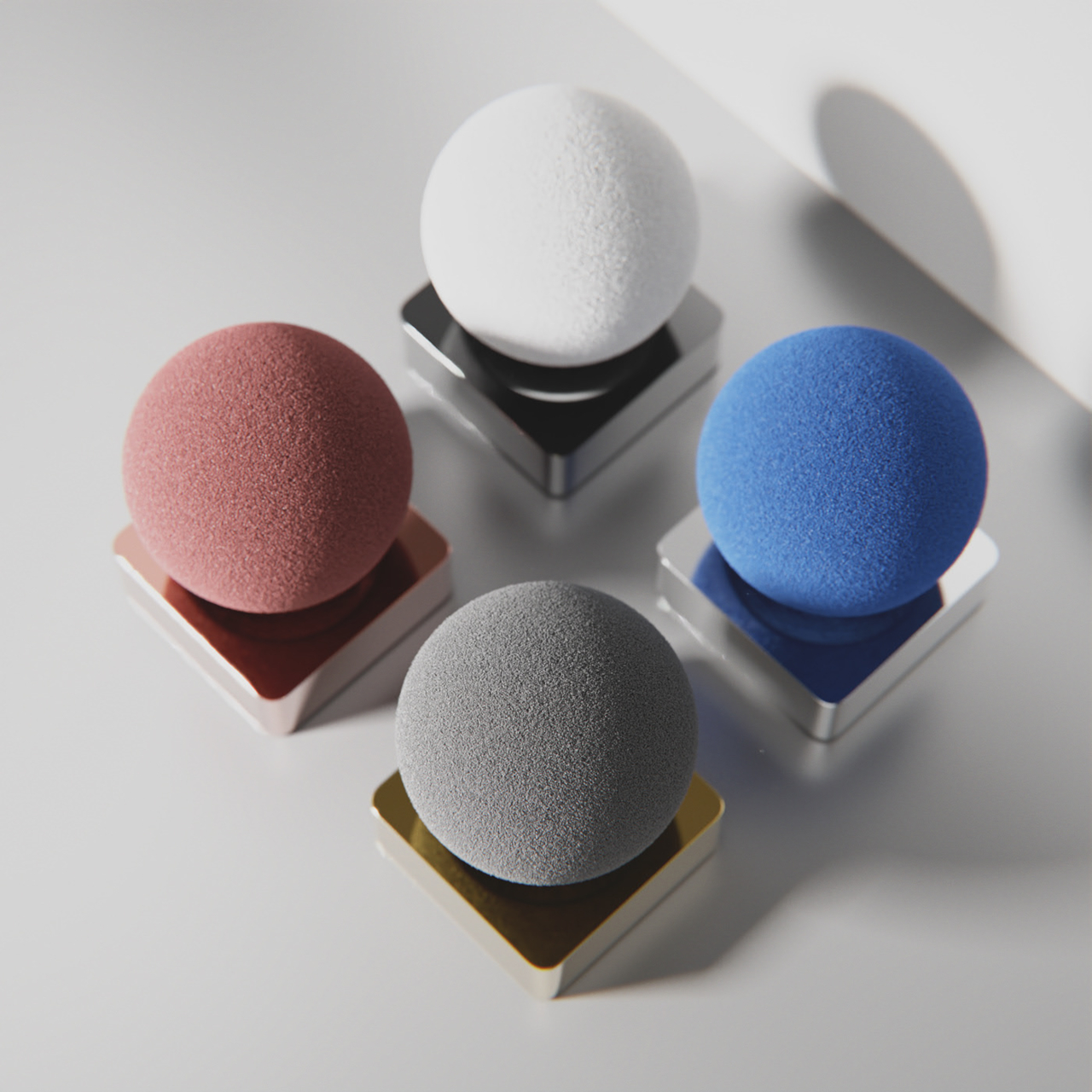 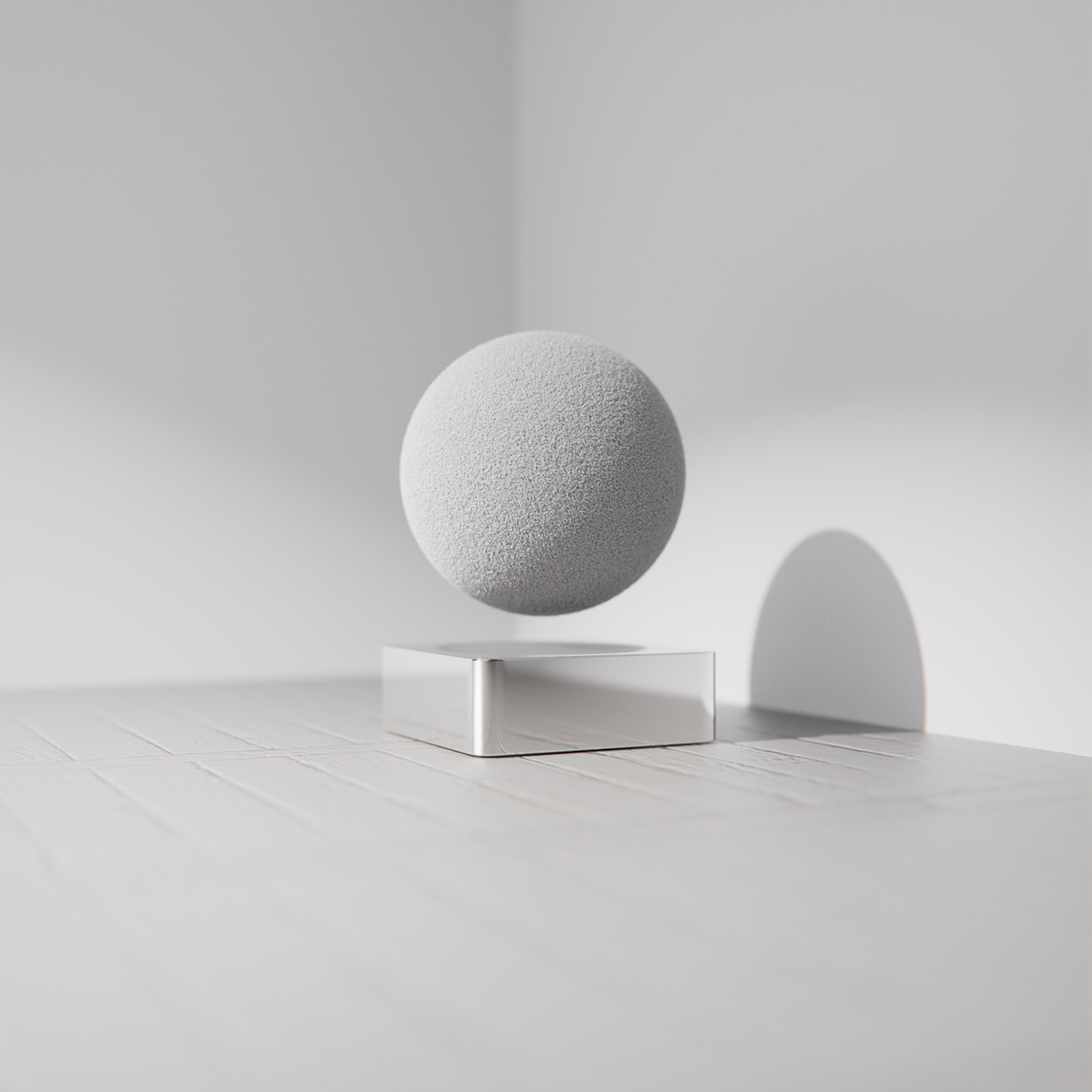 You don’t have to go overboard to envision a more interesting take on smart speakers. Floating speakers aren’t exactly new by now, though they are pretty much novelty items. Designer Alex Casabò, however, took that idea and put a familiar smart speaker design convention, creating something that is both mystifying but strangely also calming. 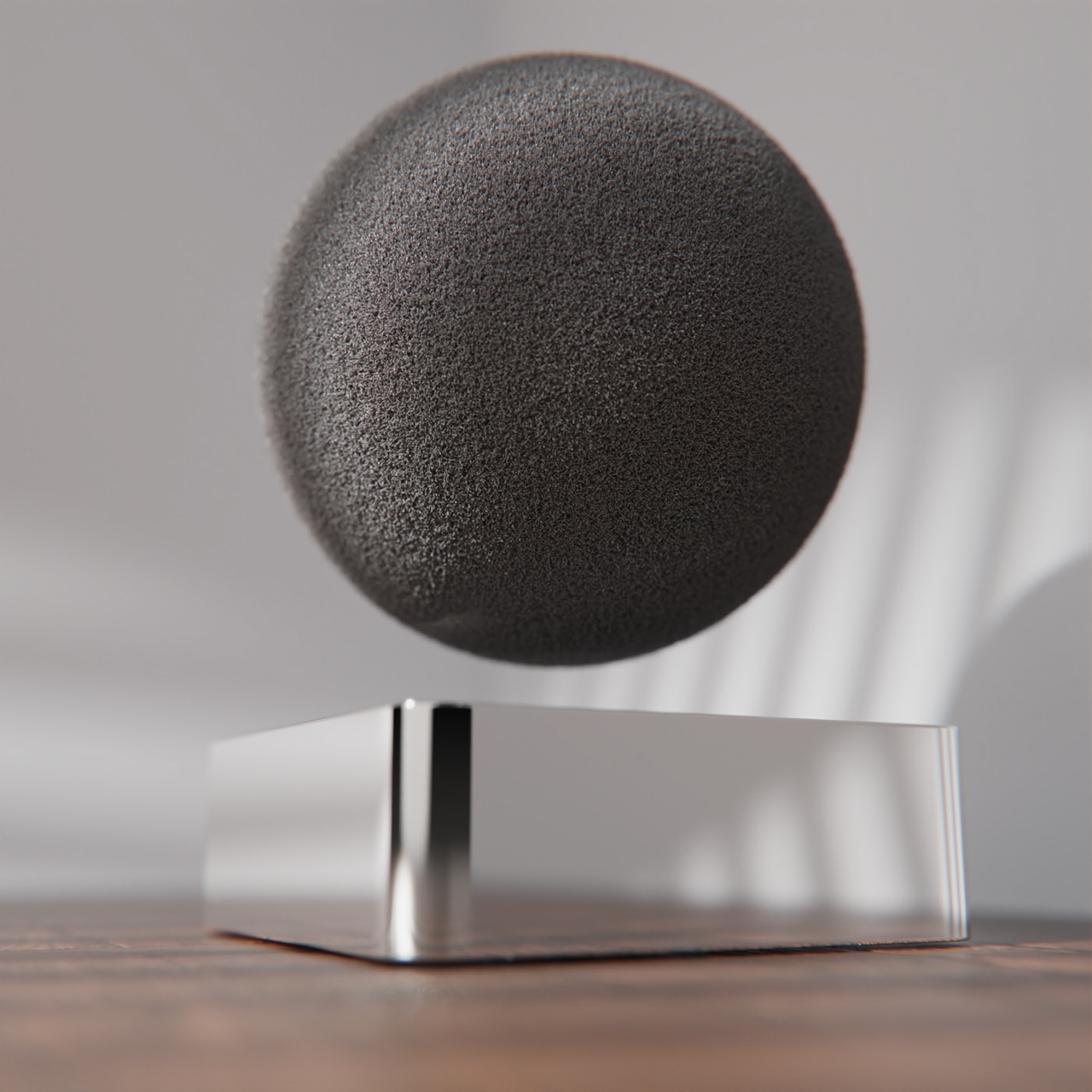 Unlike most floating speakers, the sphere that hovers above its metallic base is covered with what looks like a coarse material that gives the impression that it’s made of granite or something similar. In addition to evoking a sense of wonder over something heavy that floats in the air, the somewhat organic and rough texture creates a satisfying visual contrast to the smooth and lustrous box beneath. It also calls to mind the familiar design of some smart speakers, particularly those that use fabric to blend in with some room decorations. 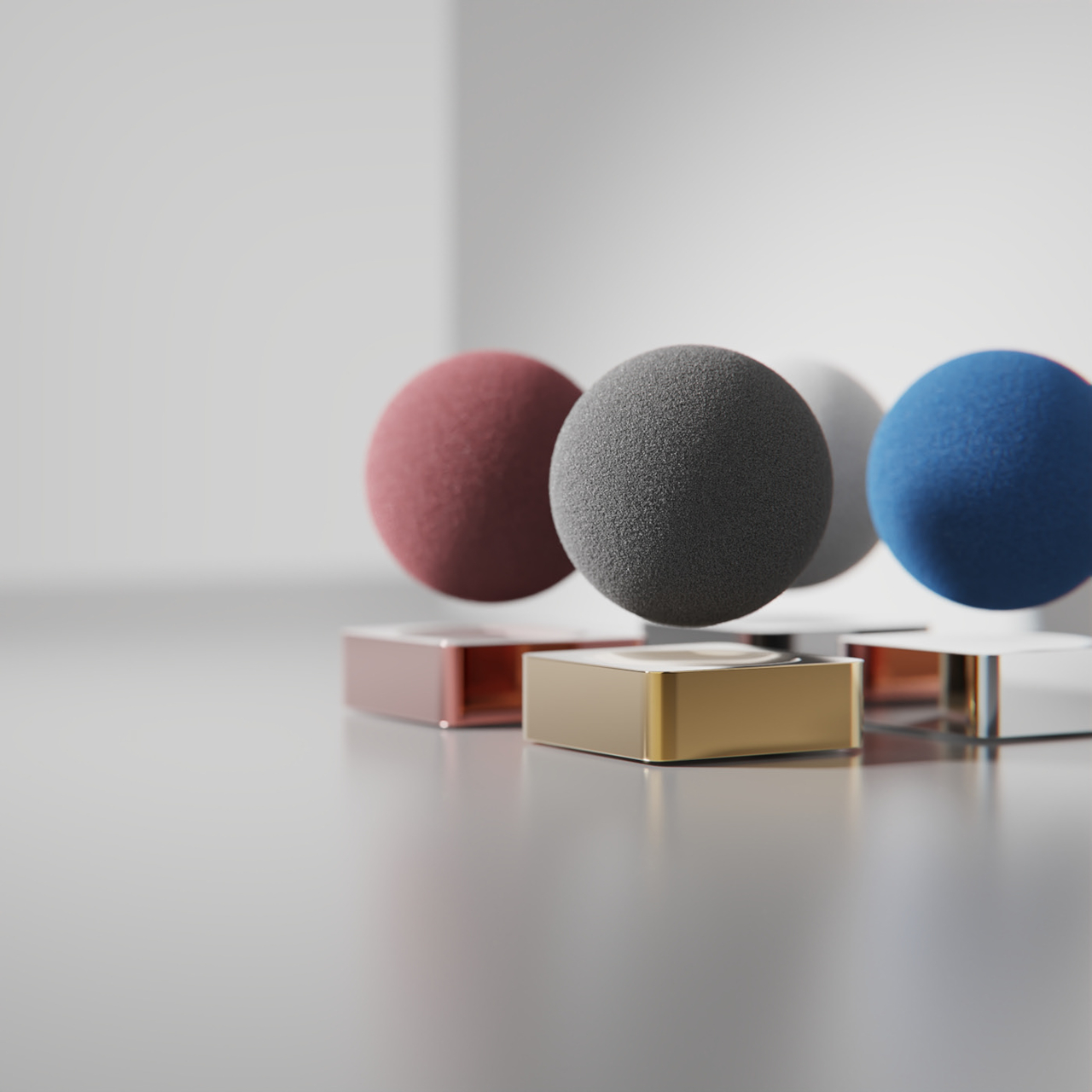 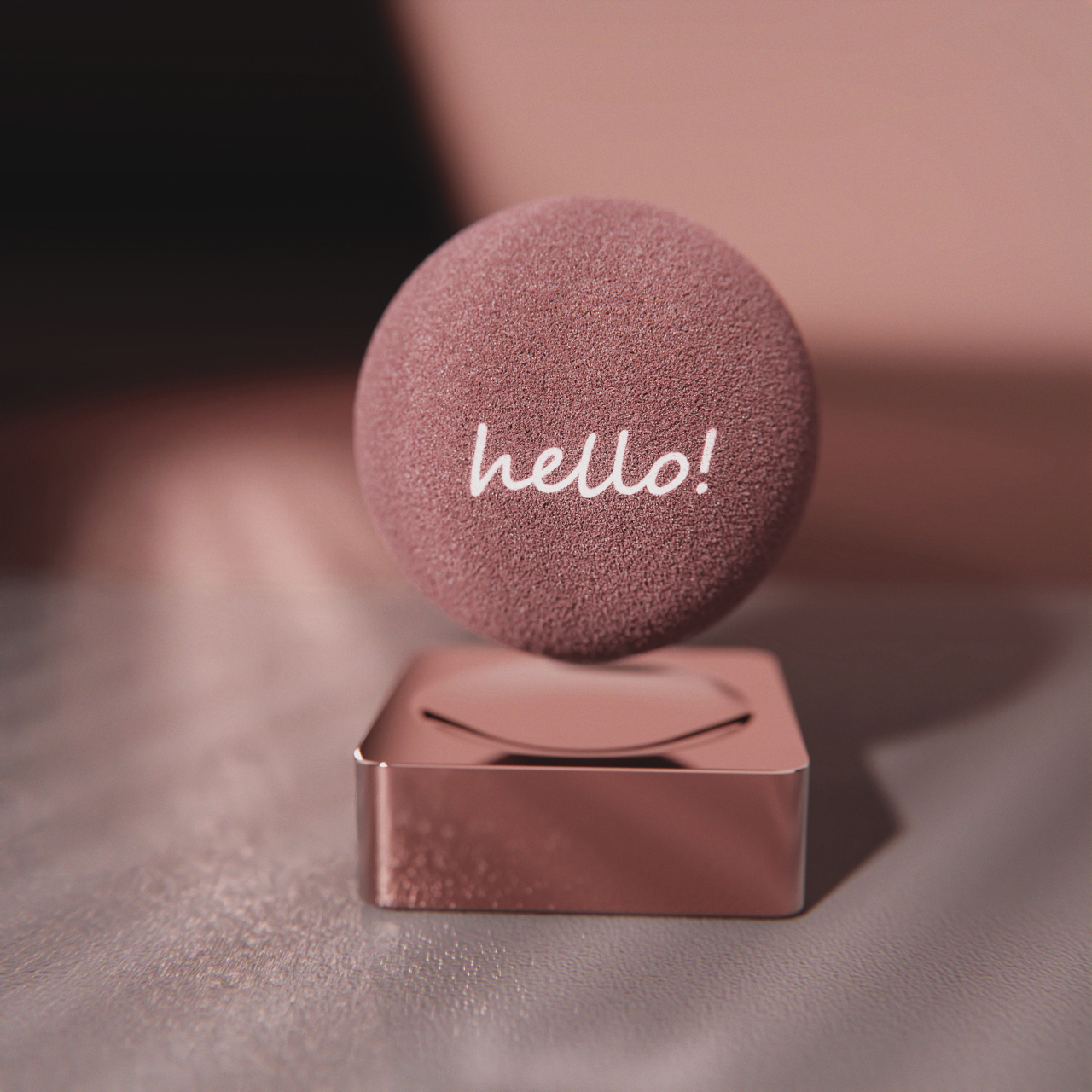 The concept also has room for visual feedback, not just in the form of icons but also text. This reinforces the image of something that is so futuristic it almost looks like magic, creating a beautiful contrast in themes. With an organic sphere floating on top of a metallic block and a design that’s novel yet also familiar, the levitating smart assistant concept is almost like a product of contrasting elements that have been harmoniously mixed to enchanting effect. 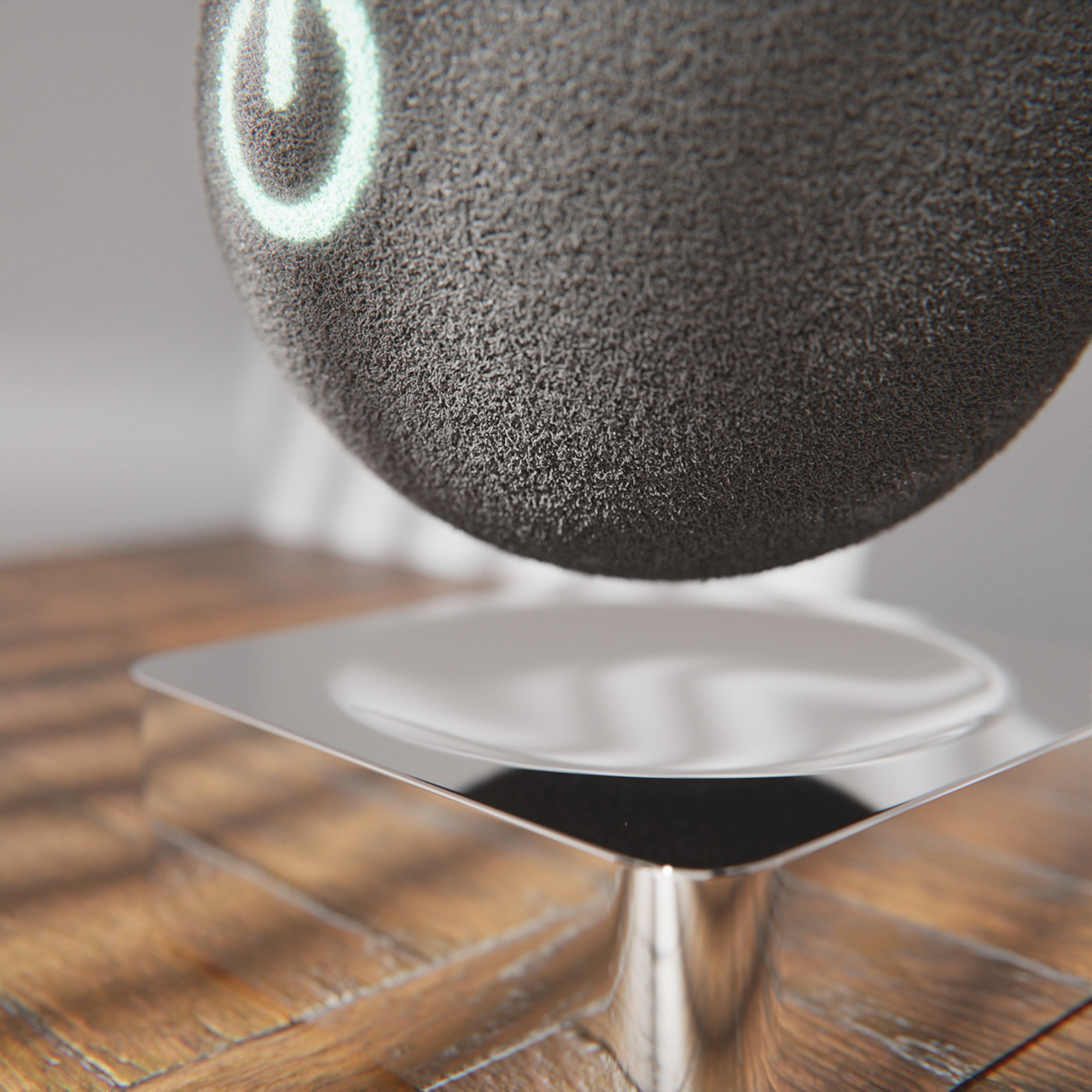 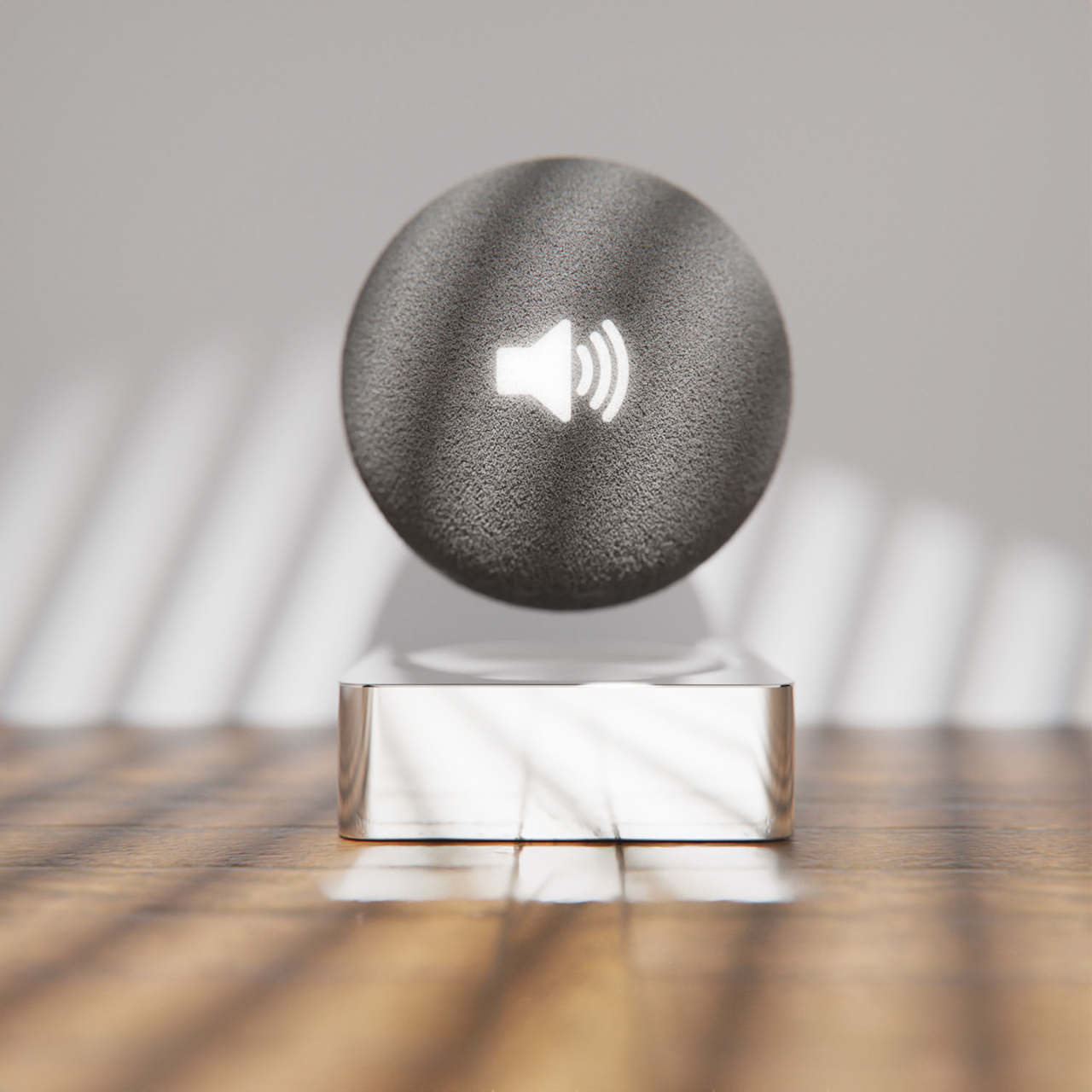 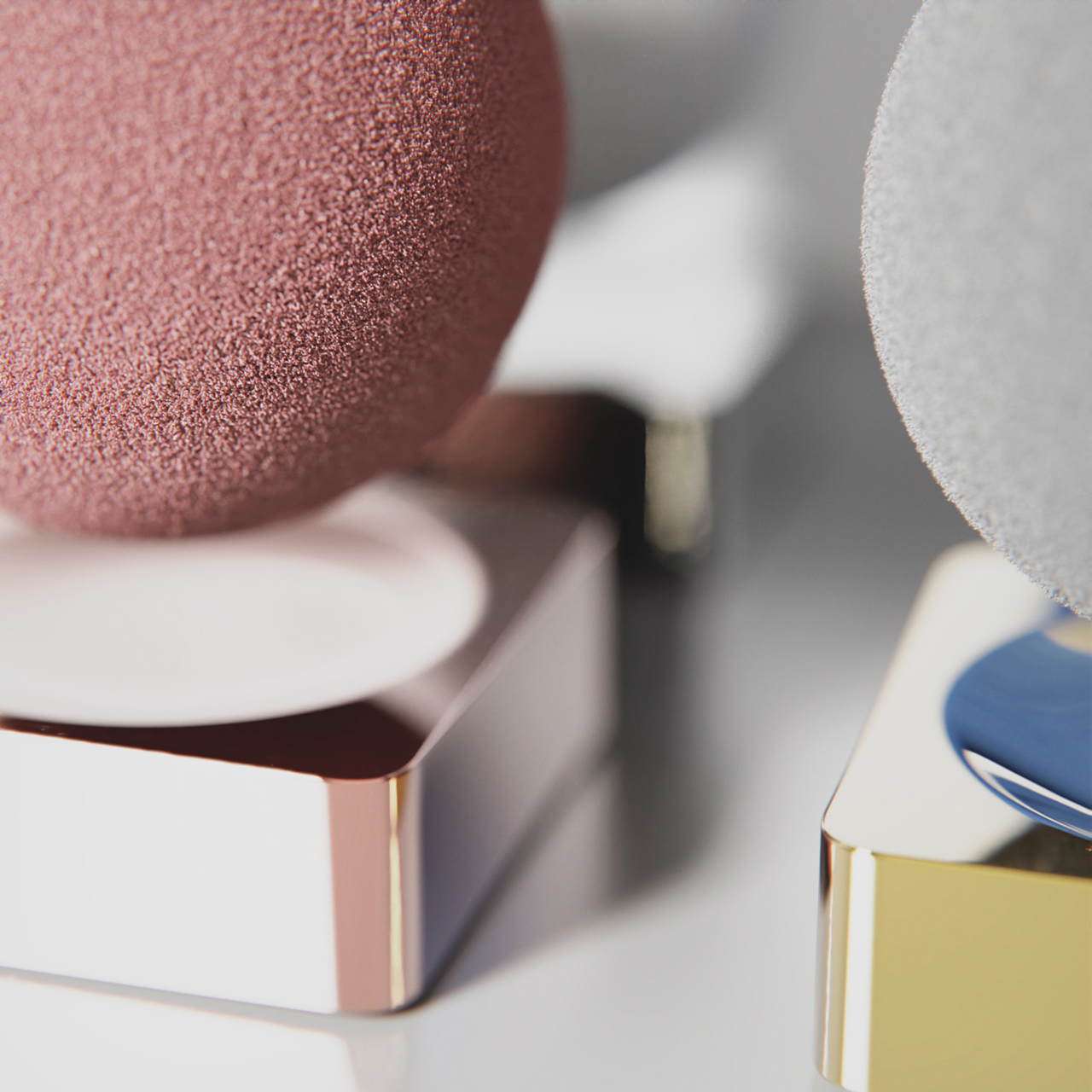 I’ll be honest, nothing about that title is even remotely predictable. In fact, it gets progressively weirder with every subsequent word. You wouldn’t expect Will.i.am…

https://youtu.be/8HYbIBFYXFQ What if a speaker didn’t have to be big to produce big sound? What if it could just use something external to magnify sound…

Star Wars inspired 3D-printed headphone stands are the perfect accessory to celebrate May the 4th!

I defy you to find a better place to rest your headphones than on the heads of Chewbacca, C3PO, or our dark lord, Darth Vader….

A Humidifier for Hipsters

Ever notice how most humidifiers on the market look futuristic and UFO-like? How’s that supposed to work with your hipster style? The Kamome humidifier looks…