Do you know how much energy you use? Most of us don’t. Sure we have meters outside some where but those gauges only mean something to the trained city technicians that come by once a month. For the rest of us, we need something else that translates energy usage into laymen’s terms. Perhaps something like the Power Conscience.

It’s a simple device that gives you up to the minute stats on your energy usage and calculates your current electric bill. Designer Delroy Dennisur could have stopped right there but he decided to take it a step further and give you a purdy visual cue. The front panel is laden with LEDs forming a floral pattern. The more energy you use, the more light is emitted as if the florals are growing.

Personally I think the opposite should happen. The florals begin to recede the more energy you use. A visual reminder to conserve. 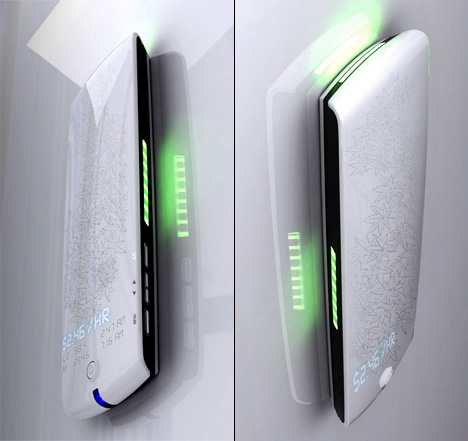 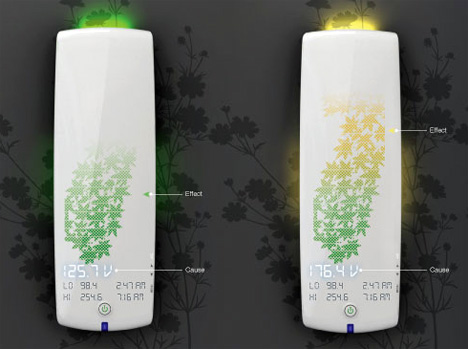 What if Google’s services could revolutionize business conference calls?

Most people know Google to be an extremely popular customer-facing company, but a large part of Google’s empire lies in its enterprise solutions. From Google’s…

The year is 2021 and wallpaper has just been rendered obsolete. Meet the Nanoleaf Shapes, a series of slim, smart LED panels that come in…

The evolution of the MacBook Pro, as imagined by designer Jules Moretti, is this hybrid design, the MacPad Pro, that integrates the touchscreen functionality of…

Sometimes a simple idea makes a product experience volumes better. I’ve said this loads of times in my articles, showcasing products that I feel really…