A rainbow refracted through windows lined with prismatic film fills a white stairwell designed by Steven Holl. The perforated steel staircase and skylight are part of Holl’s renovation of an existing building that now re-houses the Department of Philosophy at New York University.

The faculty was concerned that relocating from a single floor in its old premises to a six-storey building might result in less communication between department members. Holl’s solution was to make the steel stair, which he calls the “Tower of Light”, the heart of the interior design so that it would encourage movement between the floors. The bright and diverting staircase snakes through the 19th-century building at sharp irregular angles, breaking onto generous landings intended to promote contact.

The perforated motif of the stair is continued through the rest of the interior, which includes faculty and student offices, seminar rooms, a periodicals library and a ground-floor cork-lined auditorium.

Holl’s idea to line the windows with light-reflecting film was inspired by Austrian philosopher Ludwig Wittgenstein’s book Remarks on Colour. “We did not want to establish a theory of colour (neither a physiological one nor a psychological one),” says Holl. “But rather a logic of colour concepts.” The upper floors of the faculty have been designed in black and white and the same perforated pattern can be found on the chairs, also designed by Holl. “We decided to go all black and white but with the implication of colour through reflection and refraction.”

According to Holl, the design is already having the desired effect. Where New Yorkers normally take the elevator for just one or two floors, here the staircase is more popular. 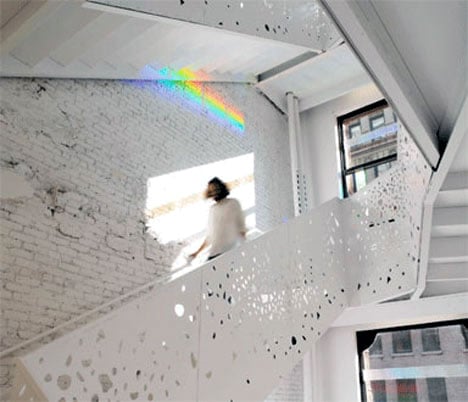 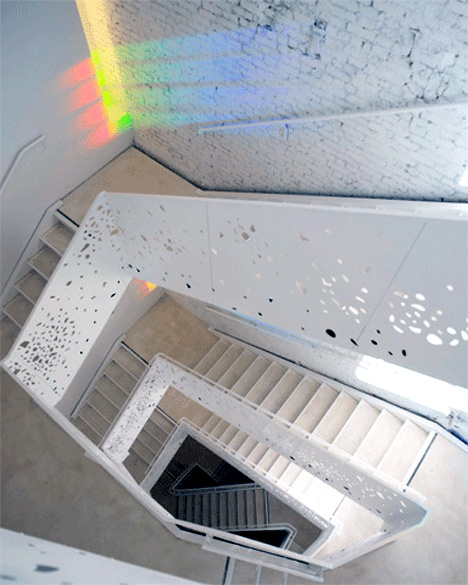 Abraham is a rocking chair that delivers the ultimate in comfort. The idea was to create a piece of relaxing furniture that would look as…

Ever wondered what Apple stores from around the world would look like if they were built in the style of regional architecture? Designer Shail Patel…

By taking advantage of the chacacteristics of the felt, I have designed these simple products. You can combine each piece of the felt and make…