The Rem Vase was inspired by the idea of deadly weapons as consumer product. The designer, Robert Langhorn, A Briton living in Brooklyn, New York, found it fascinating that he could buy weapons and ammunition in the same places that sold general household products.

Based on the profile of a Remington 6.8mm bullet casing, the form is scaled-up and cast in porcelain. The change in material, scale and function creates an object which could pass as a simple, modern interpretation of a vase, but has an underlying tension grounded in a form we all subconsciously know, and hopefully, fear. 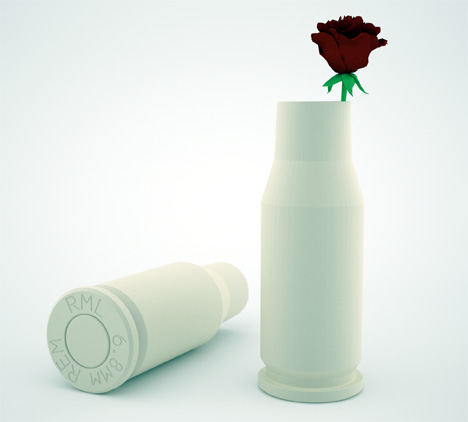 My work requires me to type endlessly for hours. Thus, my keyboard is very personal to me. I like the touch, the keystroke sound, and…

A Card with Many Uses

The New Card looks as if you have another credit card in your wallet, but once removed, its uses are limitless. Similar to a credit…

That title really bamboozled you, didn’t it? Well, it’s exactly the proposition stationery brand nuka is making with its ‘eternal stationery’ line. Designed to practically…