In the 21st century, humans can not live without technology. However most gadgets are cold and lack vitality. The missing element is something called “evolutionary possibility”, a way to add a more abstract humanistic approach to how electronic gadgets are used and grow. Currently people already enjoy the many functions a singular device has but if that device could some how evolve in a natural, esoteric way, the gratification from using those functions would increase.

The EME designed by Shao Wei Huang takes that approach in designing a mobile device queued for video, music, and gaming. A dual screen setup is used in tandem to fit whatever function is currently being used. One screen is embedded on the outer shell. The other slides out from underneath. Used singularly, the shell displays functions for calling and basic manipulation of data such as contacts, photos, etc. Sliding out the second screen lets you access secondary data. Turning the whole unit sideways turns it into a portable gaming device able to mimic any control scheme via touchscreen.

The “evolutional” aspect comes from th EME’s ability to expand its feature set if the user shares his/her experiences with other EMEs. That could be in the form of videos, music, or games. By doing so, bigger speakers would unlock and slide out, the screen may even become higher-res. The idea is to encourage the device’s evolution by exposing it to as many experiences as possible. 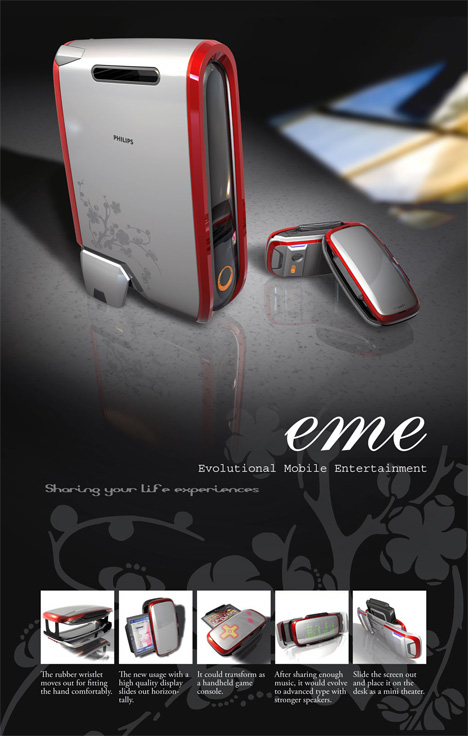 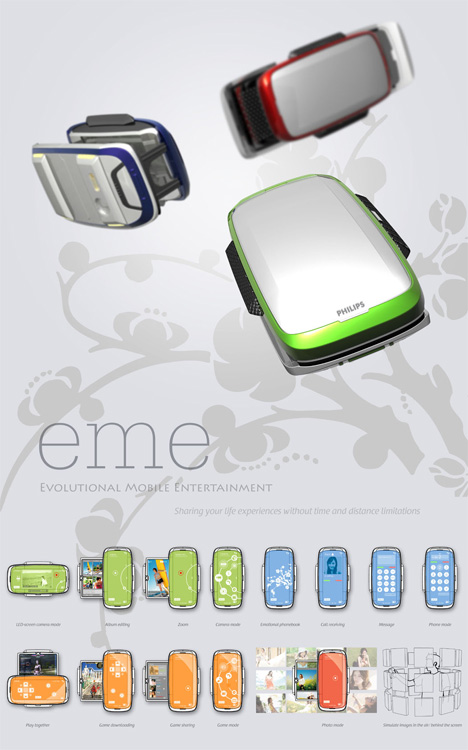 If Thor Had an Alarm Clock

Now you can channel your inner Thor superhero every morning with the Hammer alarm clock! That’s actually not far off from what the inspiration was…

Given the option I’d probably want an audio system in everything around me. The people at Dubgear share that disposition of mine, which explains the…

Designed as the little brother to the Smart Cloud, the Tiny Cloud might just be the cutest audio creation ever! Tiny Cloud features an LED…