A panoramic view is an unbroken view of an entire surrounding area’. Often, this means one has to turn around 360 degrees, to receive this unbroken view. As we translate this to an image captured in print, the concept of Nikon 360 is the solution. Based on an ergonomic cylindrical form lens, the 360 is a camera that allows you take an all-round picture. An angle indicator provides a gauge on the direction of the rotating head and is also an additional detail to provide the camera with a stronger and steadier feel while in operation. A built-in inclinometer indicates the horizontality of position prior to execution. The 360 is designed with much emphasis on the user interface, with the main operating function designed as a touch sensor, thereby maintaining a flushed surface on the exterior. 360 is an innovation that captures all that meets the eye, and more. 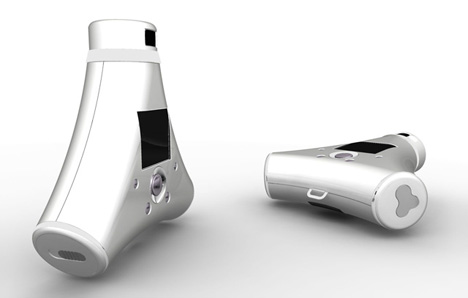 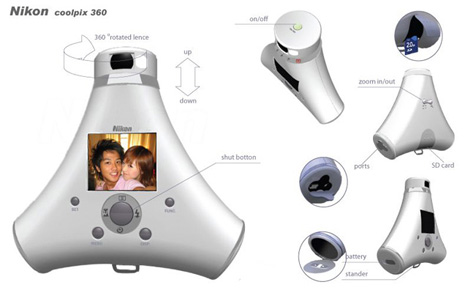 It’s truly a testament to how far we’ve come in a matter of decades. While I was barely a couple of months old to remember…

A New Species of Smartwatch Stand

The WatchMe (Watchus cyclopus) is a newfound species, a harmless cyclops monster endemic to designer Vivien Muller’s office, east of France in the westernmost peninsula…

Tell me this toilet isn’t sexy!?

Never thought I’d utter the words “loo” and “love” in one sentence but this one has changed that! You’ll love this design too – not…