Based on the feedback of his previous design Slideon+, designer Ian Murchison made some adjustment for this version. This version features a nice large widescreen ( the same size as an entire iPod). Again it’s a slider, meaning it is nice and sleek without any buttons sticking out in random places. USB connection on the back, also equipped with Bluetooth for sharing, transferring, streaming. It may look like there are just 4 buttons, but it fact the middle is one long touch sensitive bar which acts as a way to scroll through menus and adjust the volume. It’s very thin (check the headphone connector size). 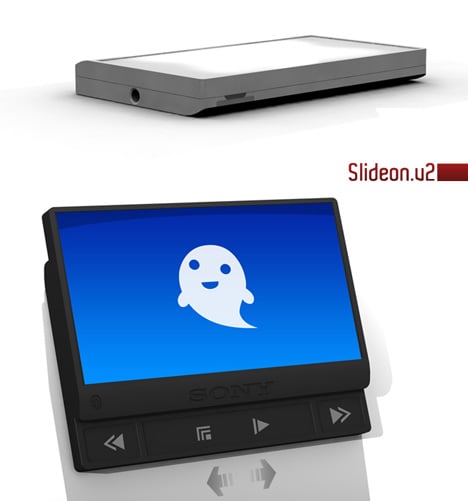 Redefine and elevate your food + dining experience with these innovative cutlery designs!

Some designs are timeless – look at spoon for example. The functionality and the form of the design are so tied in together, there is…

Concrete drainage pipes turned into a pub is the perfect mix of architectural brutalism + modern design!

I love architecture that repurposes material and breathes new life into them. While shipping containers are the most popular for that style of work, Australian…

Smart watches seem to be taking over the tech industry by storm, however PDF Haus has taken the concept one step further by creating the…