Glowing icons on the face of the phone disappear when not in use to reveal a pure, un-adulterated black exterior. The phone is ultra thin (just 10 mm), nonetheless it hosts an array of additional multimedia functions, including an MP3 player and a music multitasking function for messaging. It also boasts an external memory slot, allowing the user to increase memory capacity for images, music and film clips. 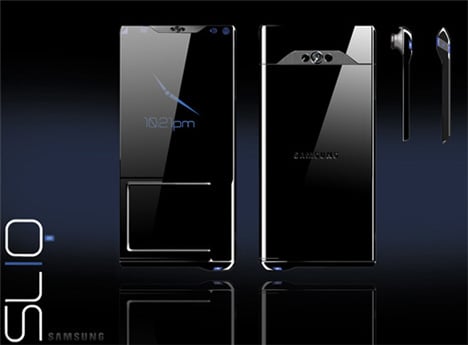 From one of my favorite designers, Robert van Embricqs, the Rising Table is the latest in a series of sculptural furniture elements that are not…

The Mai table is a 90s throwback with a familiar shape that’s a continuation of the Peacock vase project. Made of solid beech wood, the…

This Wheelchair is #Winning

The Superstar wheelchair is the latest in stigma-busting mobility. It utilizes a modern mix of materials, cutting-edge tech, and forward-thinking biomechanics to enhance the lives…

Gotta love the craftsmanship of this woodwork! Los Tres Juanes’ dedication to the perfection of their signature woodwork shines in their Mudejar art inspired coffered…