Seoul Commune 2026 investigates the viability of an alternative and sustainable community structure in the overpopulated metropolises of the near future. The imagined community is integrated within the ever-accelerating developments of the digital environment and ongoing rapid social change. Seoul Commune 2026 presents a concrete architectural and urban proposal that entirely reconfigures, and consequently develops the existing towers in the park form. Seoul Commune 2026 unites towers and the park in a balanced way. It forms a complex network of private, semi-public, and public spaces.

Towers in the park, a relatively new Asian urban spatial structure, is swiftly gaining in popularity and replacing the slab apartment buildings reminiscent of the Hilbersheimer block that dominated the Korean urban landscape over the past 40 years. The towers in the park typology has been broadly applied in large cities across Asia, including Seoul, considered representative of superior quality open space while satisfying quantitative demands in these overpopulated areas. It consists of two very contrasting elements: the park represents a public space, while the rising towers are an accumulation of individual dwelling units and demarcated private space. Problematic in the engagement of these two static and seemingly opposing aspects is the lack of an intermediary space or structure that fosters the generation of spontaneous social interaction. Seoul Commune 2026 solves this problem by connecting and balancing the two elements (towers and park). The creation of interjunctions between interior/exterior and public/private space on a variety of scales accommodates various residential activities and facilitates spontaneous social interactions. We have imagined a spatial condition in which the towers become the park and the park becomes the towers, with the total emerging as a seamless whole. [ Read rest of story here ] 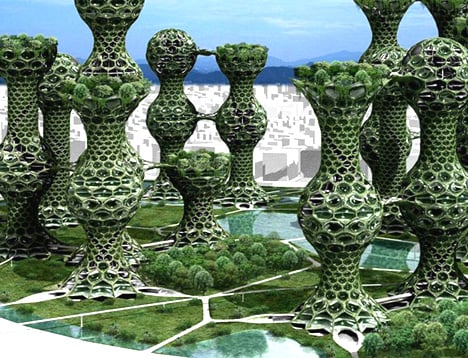 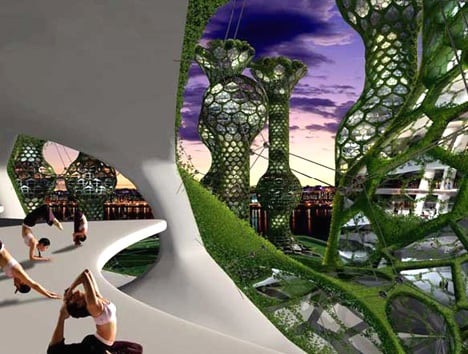 This circular house is inspired by a cut tree trunk & was made to blend into the surrounding pine forest!

I love circular house designs, they are so out of the box…literally! Usually, I see them in cabins and rarely at a larger scale but…

Top 10 tiny homes that are the ultimate micro-living setups

Sustainability has been running on everybody’s mind. And, with everyone aspiring toward’s eco-friendly and mindful ways of living, tiny homes have completely taken over the…