Tribal DDB Dallas has created a series of microsites to accompany client Pepsi’s 2007 branding initiative, which will present a revolving door of can and bottle designs.

Pepsi’s plan is to roll out a new can in stores every three weeks. Each can’s art centers on a different platform or theme appealing to young adults, such as fashion, car culture, music, sports and entertainment. On each can is a URL for a microsite or partner site related to the can’s theme.

The first such site, at thisisthebeginning.com , appeared through January and introduced the campaign concept. It allowed users to collaboratively create a billboard using selected stencils. The best of these will be made into an actual billboard in New York’s Times Square, which will go up on the first of April, the agency side.

“The idea behind this experience was to tap into the communal aspect of what’s going on online today,” said Tribal DDB Associate Creative Director Matt Smith. “We wanted to allow the world to show Pepsi, here’s a great creation, something done by people all around the globe.”

In total, Tribal DDB Dallas will create about 10 to 12 microsites. The rest of the cans will direct users to partner sites like Yahoo for music themes, Dub magazine for car culture, and NFL.com and other sports sites. Yahoo and Pepsi already have a music partnership, Pepsi Smash, which turned out a promotion for video ringtones last year. 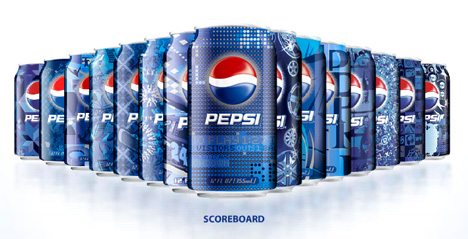 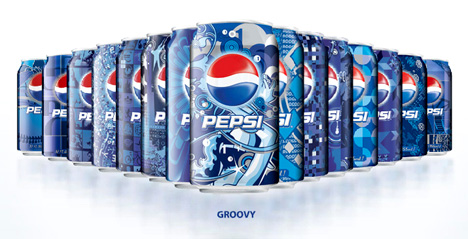 I doubt there’s any surface the Fujifilm’s FP-Z5000 can’t project on. The projector comes with a two-axis, rotat­able lens design that allows users to position…

At the 2011 Paris Maison and Objet trade show, the authority on luxury tableware, Pigment France, debuted a new collection of products made from sustainable…

Bringing in a bunch of eco-friendly and adorable looking monsters into the picture, designer Anastasia Bondarenko hopes to ignite the passion for conservation amongst the…

The Stuck chair gets its name from the visual trickery created by its unique construction of pieces that seem to “stick” in place. The form…