Medusa conceived and made in Spain is so-called because of its elegant marine namesake meaning Jellyfish in Spanish. Made from laser-etched Corian, which perfectly captures the sleek form of the Medusa, it’s swooping curves and celestial light conjure images of drifting effortlessly along with the sea’s currents. A flexible element of colored light can be added, facilitating dynamic ambient luminescence and a complimentary mood change. 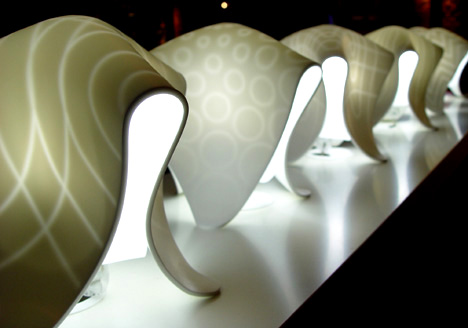 Design at its core has always been the exploration of spacial reference that may bring harmony or solutions to problems. The Dialogue/Monologue concept takes it…

LG, the tech company, is now making ‘smart-tables’ that can purify air

Air purifiers look boring… so why not turn them into functional furniture pieces? Although it seems unlikely for a company like LG to dabble in…

Houston, we have storage!

Ok, I will try to avoid the obvious puns like, “this cabinet sure is out of this world!” or “hey, my furniture just mooned me…”…

Extreme weather and natural disasters are becoming frighteningly more common these days, so preparedness for any eventuality is no longer really optional. People are advised…